Join our host, former comedian of the year John Gavin for an evening of laughs as part of Paisley’s Spree for All with headliner Mark Nelson. 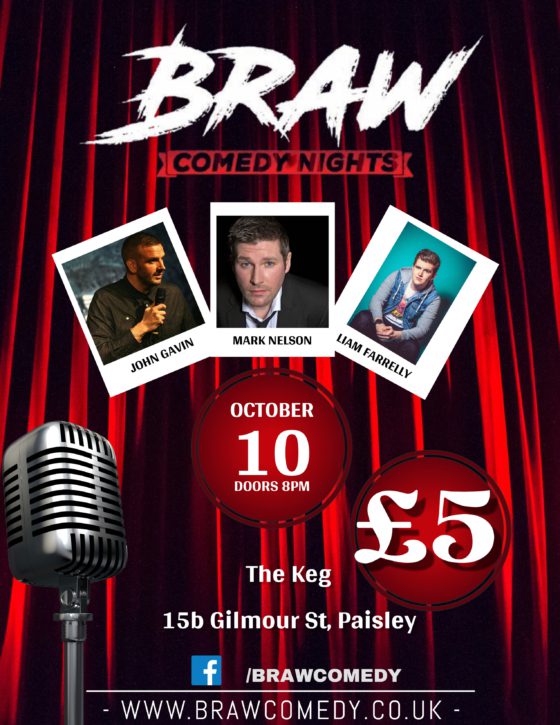 Mark Nelson is an award-winning comedian and host of the BBC’s The Good, The Bad & The Unexpected and has been featured on BBC Scotland’s Breaking the News as well as previously writing for Jason Manford and Russell Howard. His style of dark humour, cutting observations and superb one-liners has solidified him as one of the powerhouses in UK comedy.

Supporting is Paisley’s own Liam Farrelly, a hot commodity in today’s comedy circuit, having been nominated in 2019 and 2020 for best newcomer in the Scottish Comedy Awards as well as best breakthrough act in 2020, Liam has a natural flair for storytelling who has landed him supporting roles for Tom Stade and Larry Dean and opened up work alongside Daniel Sloss. It will be a joy to see Liam perform in his own home town this October.