P-47D Thunderbolt, with serial number 42-75606 took off from Renfrew at 11:10 hours on the 29th December 1943 on at internal flight to Burtonwood. At 11:30 hours the aircraft flew lower than the surrounding terrain in mist, crashed through 2 lines of trees at Hartfield Farm and into a field, on the Gleniffer Braes, Scotland.

(You can see the site of Lapwing Lodge in relation to the now drained Whittlemuir Dam, close to the Hartfield Moss Thunderbolt crash site. Photographs courtesy of Yvonne Goldie) 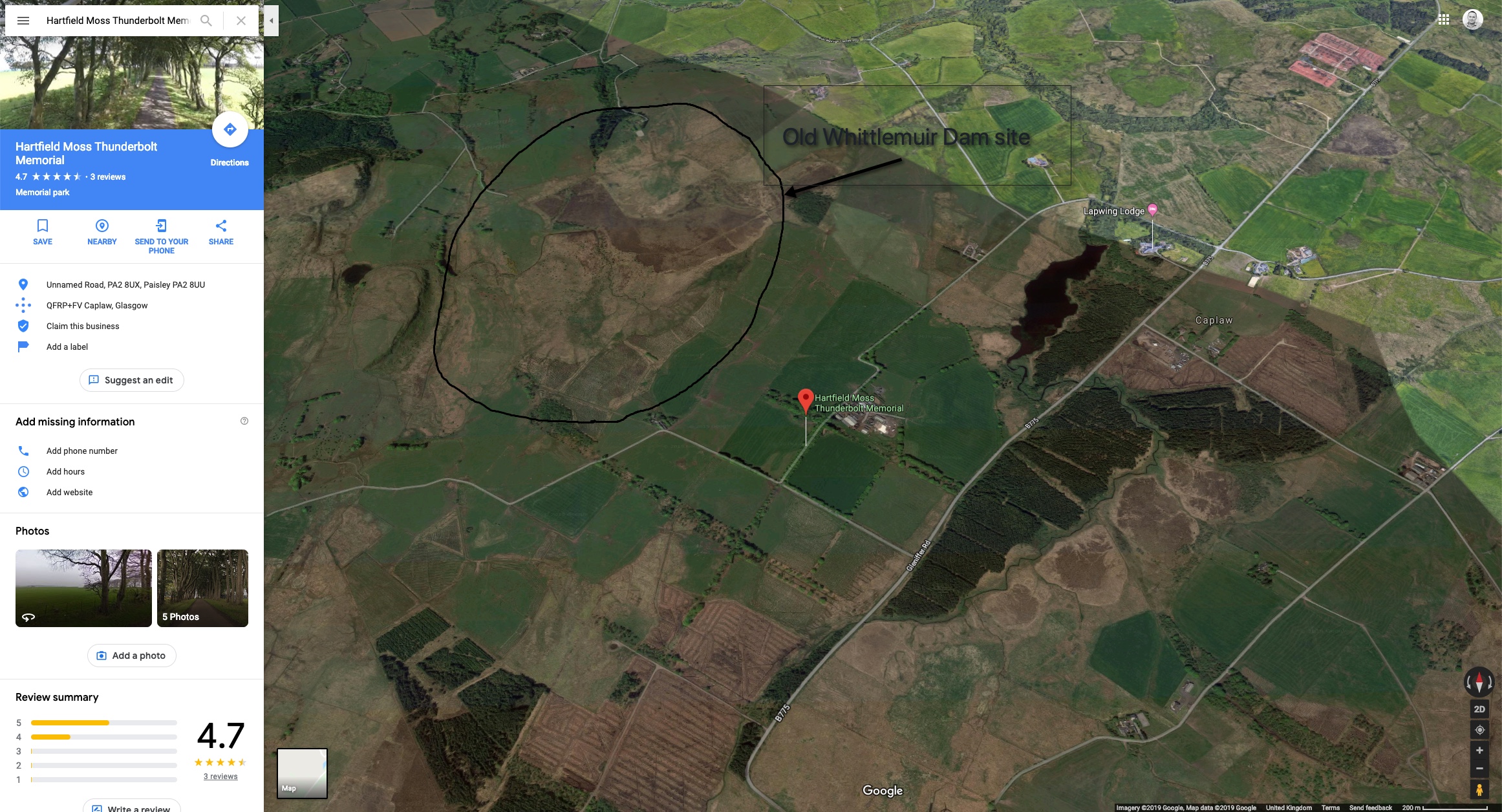 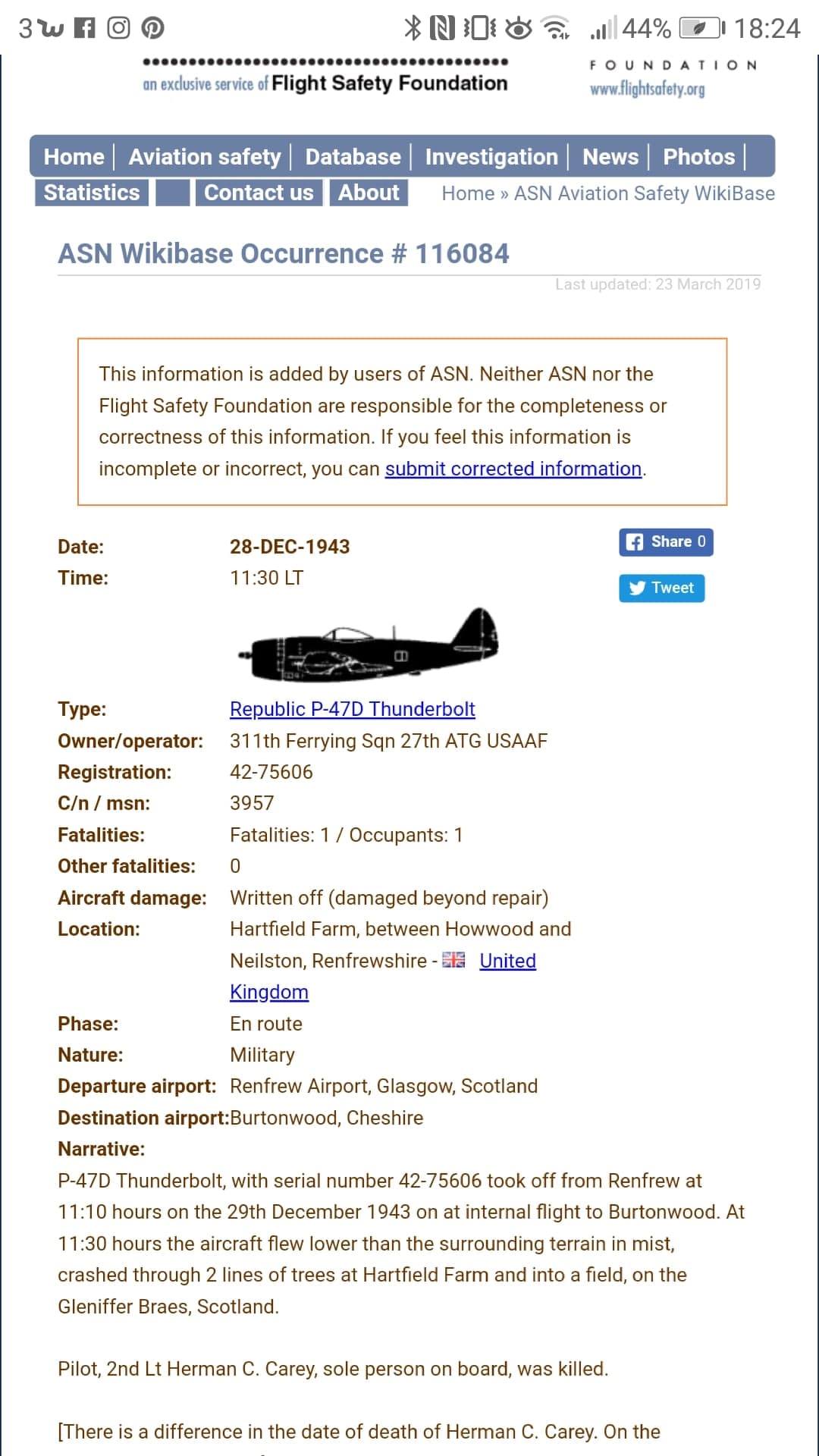 Memorial stone in a field between Howwood and Neilston, Renfrewshire, Scotland reads: “Herman Carey killed at this spot 29th December 1943 while flying P-47D Thunderbolt.” He was in 311 AAF Ferrying Squadron. Crashed while flying from Renfrew Airport to Burtonwood in low cloud and heavy mist into the plateau, altitude approximately 750 feet. Memorial stone located in field 250 yards from Hartfield farm, Hartfield Moss. 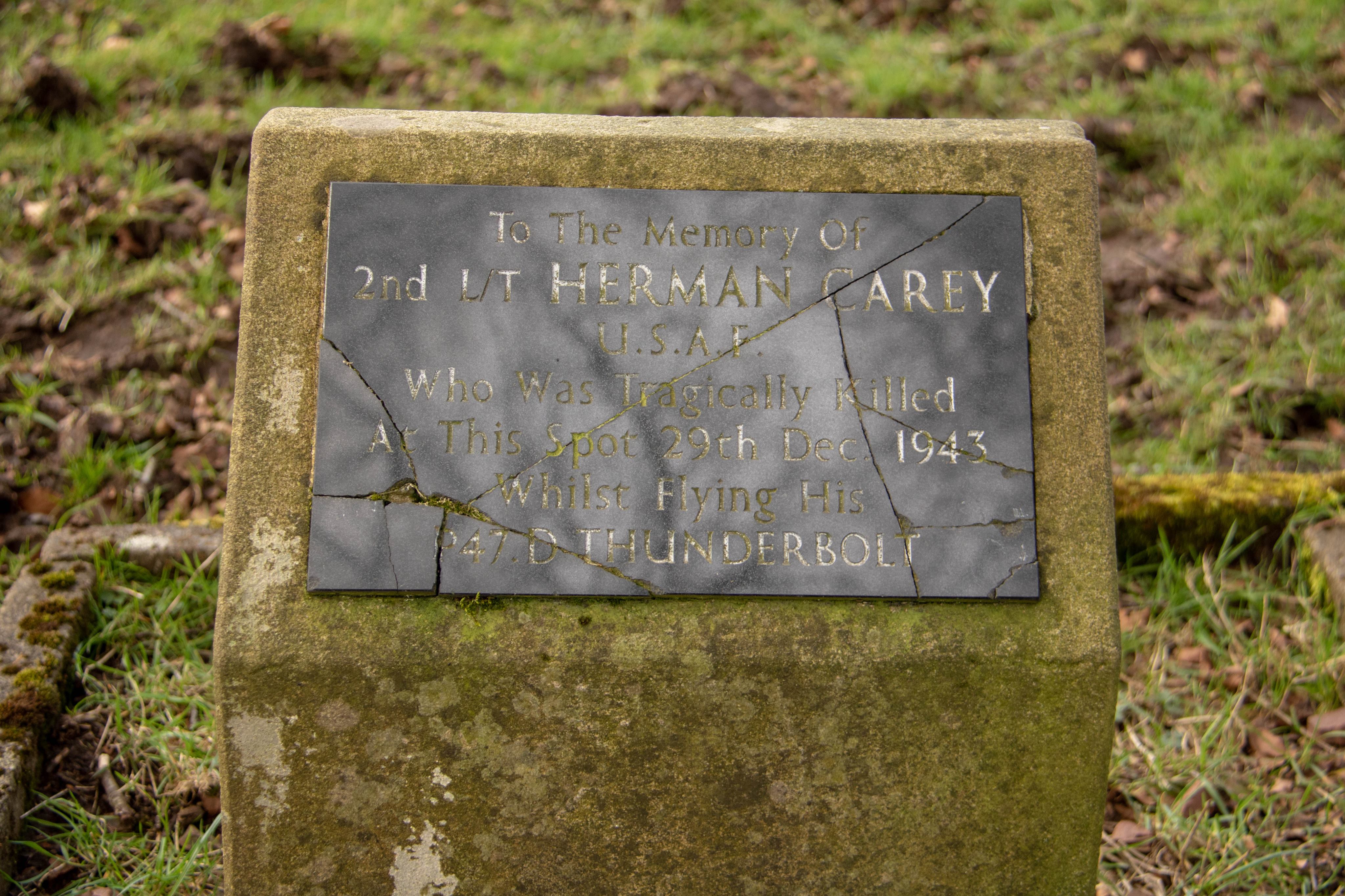