Galbraith’s Stores first shop was established at the corner of Bridge Street and Napier street in Linwood Village, Paisley in 1894. 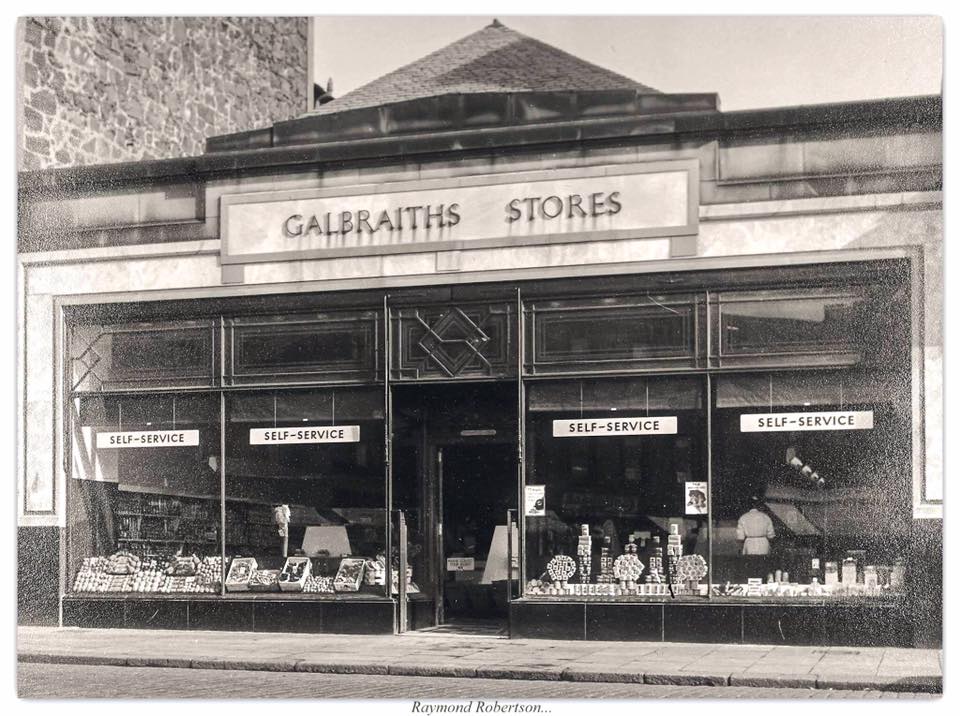 William Galbraith was well aware of the problems of a credit system as many a shop in a working class area had been overwhelmed by debts which had been allowed to accumulate. Therefore no credit was the golden rule. The solution was to be cheap. The shops were placed in convenient locations and opened at 7am to catch the early morning breakfast trade. They would even stay open to midnight on occasions.

Within 6 years the company had 12 stores and had expanded to over 59 shops by 1919. To minimise capital outlay the stores (usually located in Tenement Blocks) were rented, designed in a uniform style and had narrow shop frontages.

The store network grew rapidly, by 1939 the company had over 159 grocery branches and 12 butchers shops. Along with a “provisions” window, staple items such as tea, sugar and bakery goods were advertised with the emphasis on price.

The stores were originally served by a single warehouse (in Paisley). As the store network grew a second warehouse was added (in Glasgow) closely followed by a third warehouse (across the River Clyde in Govan, Glasgow).

Manufacturing was a key success to their growth.
By owning their manufacturing, the company increased the profitability and secured supplies to their stores.
The company established a bakery in 1895 at George Street, Paisley) to supply their own stores following a dispute with their former supplier, J and J Swann. By 1911 a second bakery was added in Govan to supply the Glasgow branches.

Meat Production was established at the George Street warehouse in 1896 when two ham curers were employed, closely followed by sausage making.
Tea blending (by hand) was undertaken by Galbraith’s (one of the few retailers to purchase tea directly and blend).
Preserve manufacturing (and pickle manufacturing) was added in 1918 following a dispute with James Robertson.

The company was acquired in 1954 by Home and Colonial Stores for £2,340,000.00, becoming a principal Scottish subsidiary of the Allied Suppliers network.
Under Allied Suppliers the bakery and pickle factory were quickly sold to their respective management.
By 1956 the sausage and cooked meats factory was transferred to the Richmond Sausage Company (becoming their major regional Scottish factory).

Allied Suppliers preserve manufacturing was concentrated at Galbraith’s Paisley premises. (was the bakery business not acquired by Lyons? I seem to remember their vans at the Glasgow premises in Craigton Road, Govan.)