Craigends House was rebuilt in 1857 to a design by the architect David Bryce, R.S.A. The new building replaced the structure which had stood since the 15th century and was situated nearer the River Gryffe. The estate of Craigends had been in the possession of the Cuninghame family since 1477. John Charles Cuninghame, 17th Laird of Craigends, was the last to hold that esteemed title when he died in 1917 without leaving an heir. 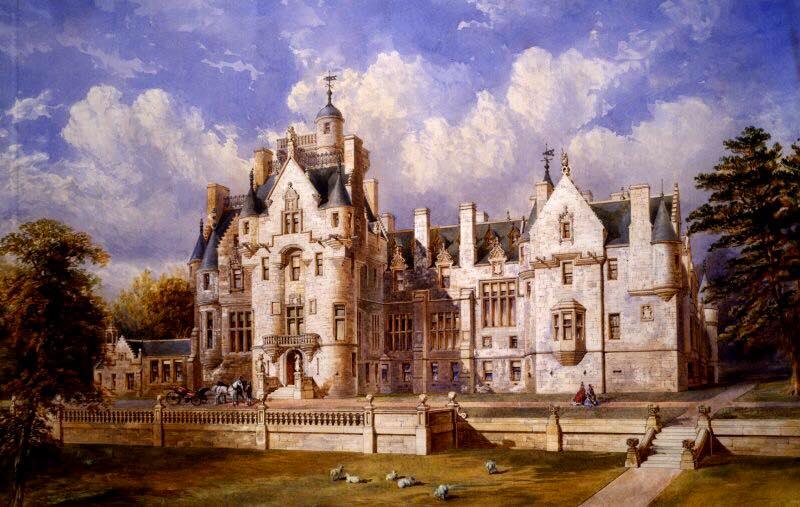 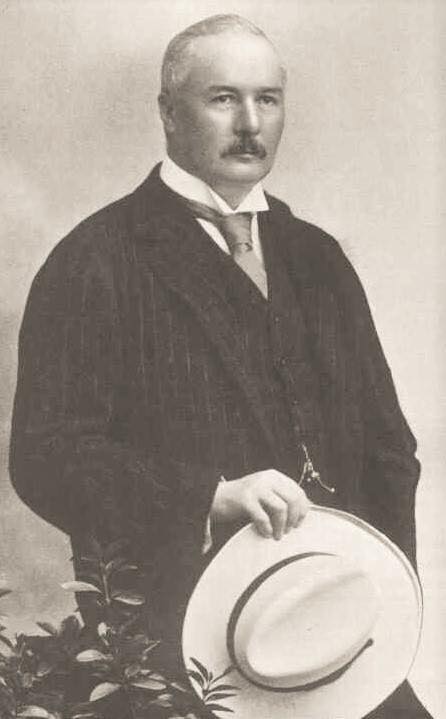 In 1876, ten years after Sir John fathers death,he became actively involved in the running of the Company and during his lifetime he held the position of Chairman and Managing Director.
At its peak, the company employed 5,000 men in steelworks at Glengarnock, Ardeer, and Carnboe as well as in the numerous coal pits to be found in Lanarkshire, Renfrewshire, and Ayrshire. During his lifetime he was Chairman of the Glengarnock Iron & Steel Co, Director of the Glasgow & South Western Railway and Director of the Standard Life Insurance Company.

Sir John traveled extensively throughout Europe and to Japan, China, Egypt and Australia. John remained a bachelor until his 50th year when he married Alison Pearson his cousin once removed in 1901. Alison was the Daughter of Alexander L Pearson, Sir John and Alison did not have any children.

John Cunninghame of Craigends spent 28 years in the Renfrewshire Militia and retired in 1900 with the rank of Major.

Sir John was actively interested in politics and served two terms with Renfrewshire County Council. An active Unionist he stood three times for Parliament between 1885 and 1910, however, was unsuccessful each time.

Among Sir John’s leisure activities was the breeding of Clydesdale horses at the Craigends Estate and he established two dairy herds at Dunragit and Park in Wigtonshire and reared sheep at Upper Foyers in Inverness.