For most of the time during the last three decades, this building has lain empty, but its fortunes have changed very recently with its extensive renovation. 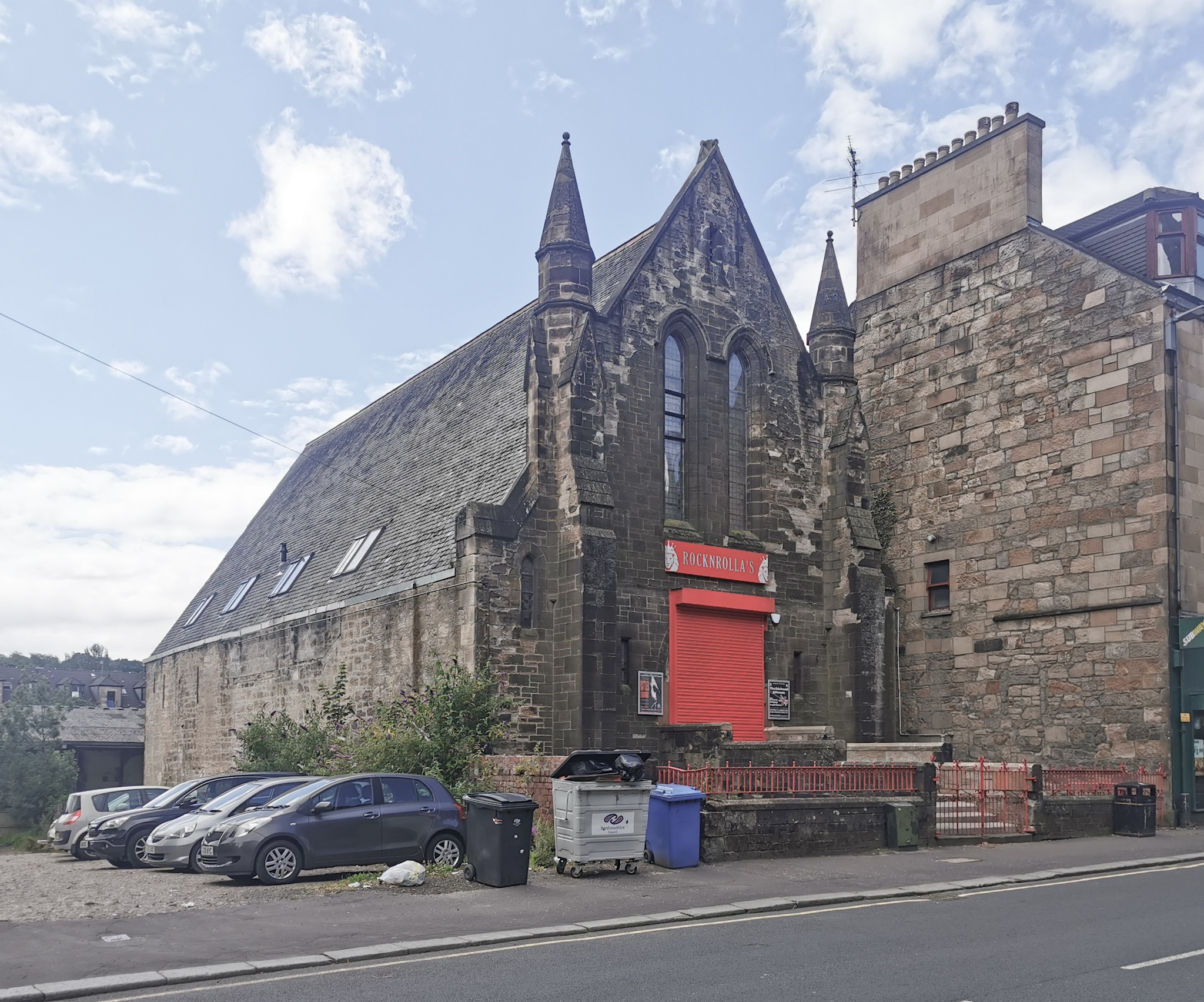 In May 1885 a new congregation of the Original Secession Church was formed in Paisley from break-away group of members from the Oakshaw Free Church. Their minister, Ebenezer Ritchie was ordained in September 1886, but it would not be until 1892 that they would have premises of their own. Fundraising for a new church building began in late 1888 with three ‘bazzars’ held in the Town Hall, the first opened by Colonel T. Glen Cots. Meanwhile they held many of their services in the newly completed Liberal Club.

The congregation managed to secure the site a 5 Wellmeadow St for £670 and raised a further £860 through the first three bazzars. Further fundraising events were held between 1889 and 1891 at which point they engaged the young Thomas Graham Abercrombie at the start of his illustrious architectural career. The church was completed by September 1892 at a cost of £3,000-4,000, built in a plain gothic style externally in Auchinlee stone. Internally it was finished in white and yellow pine, with roof lights, and seating for 500 worshippers, and hall space for a further 300. 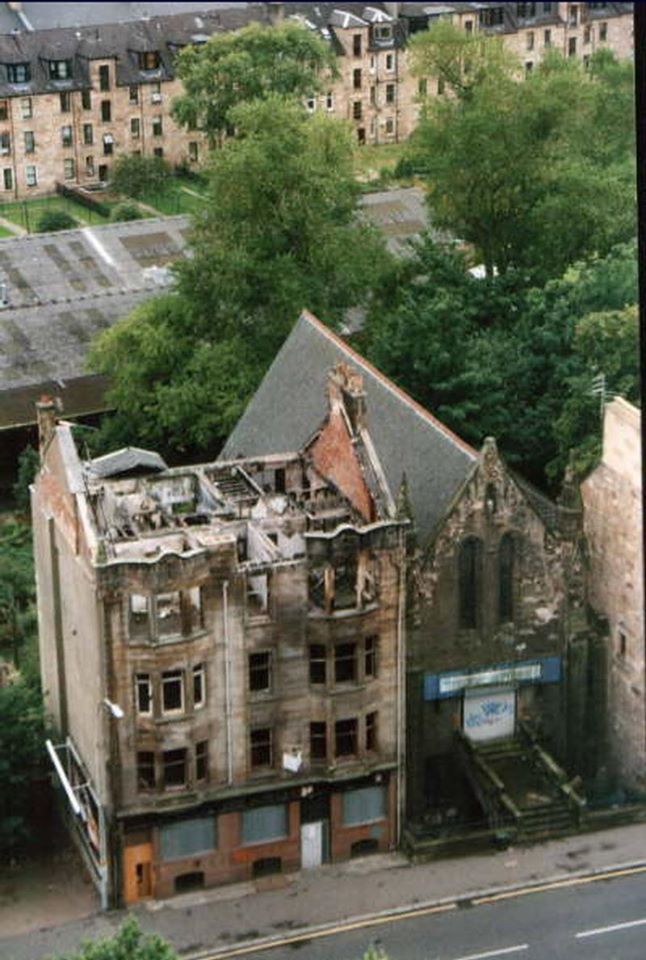 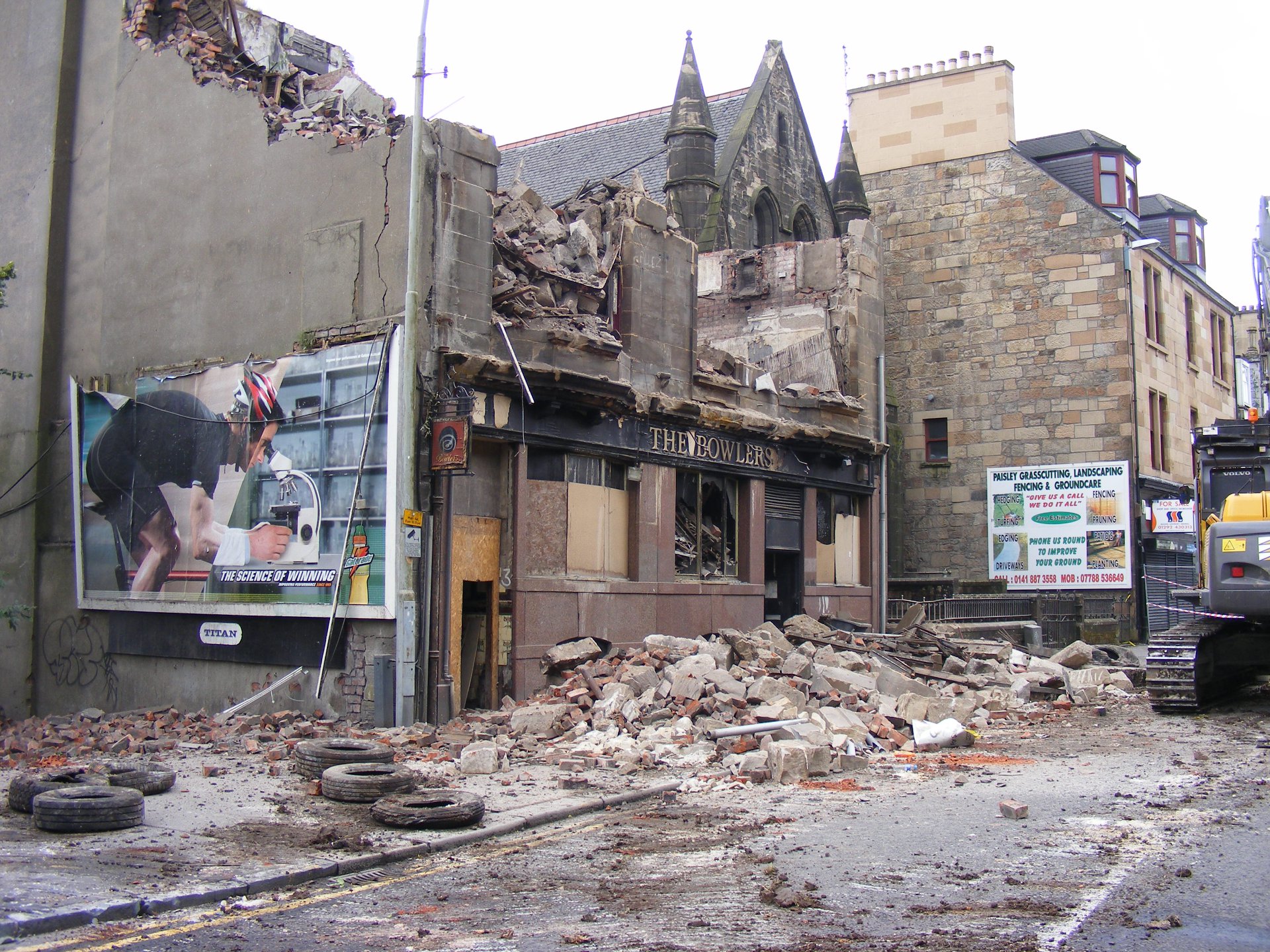 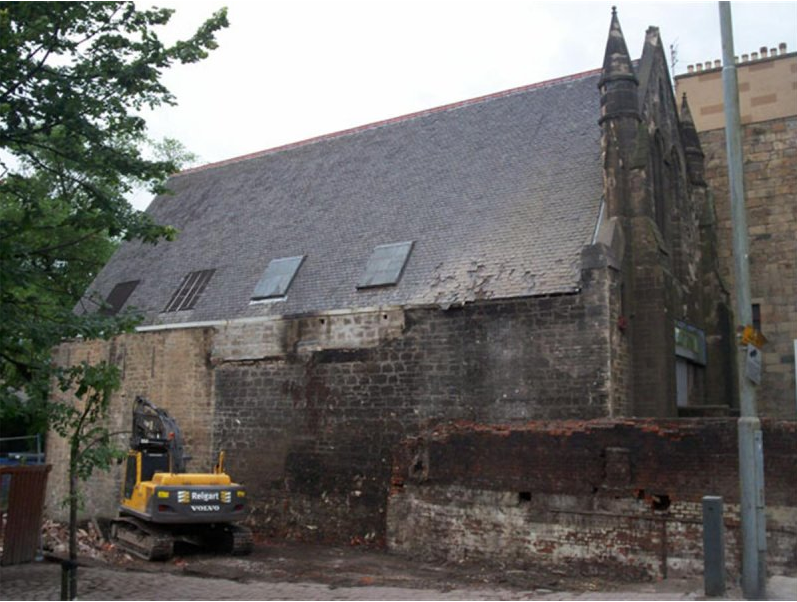 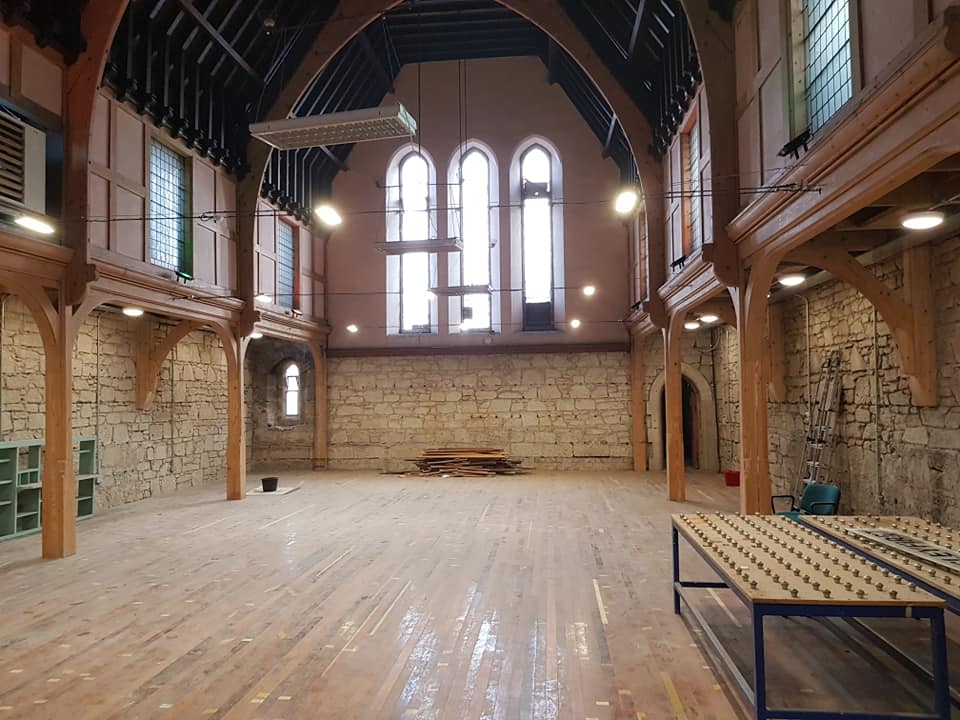 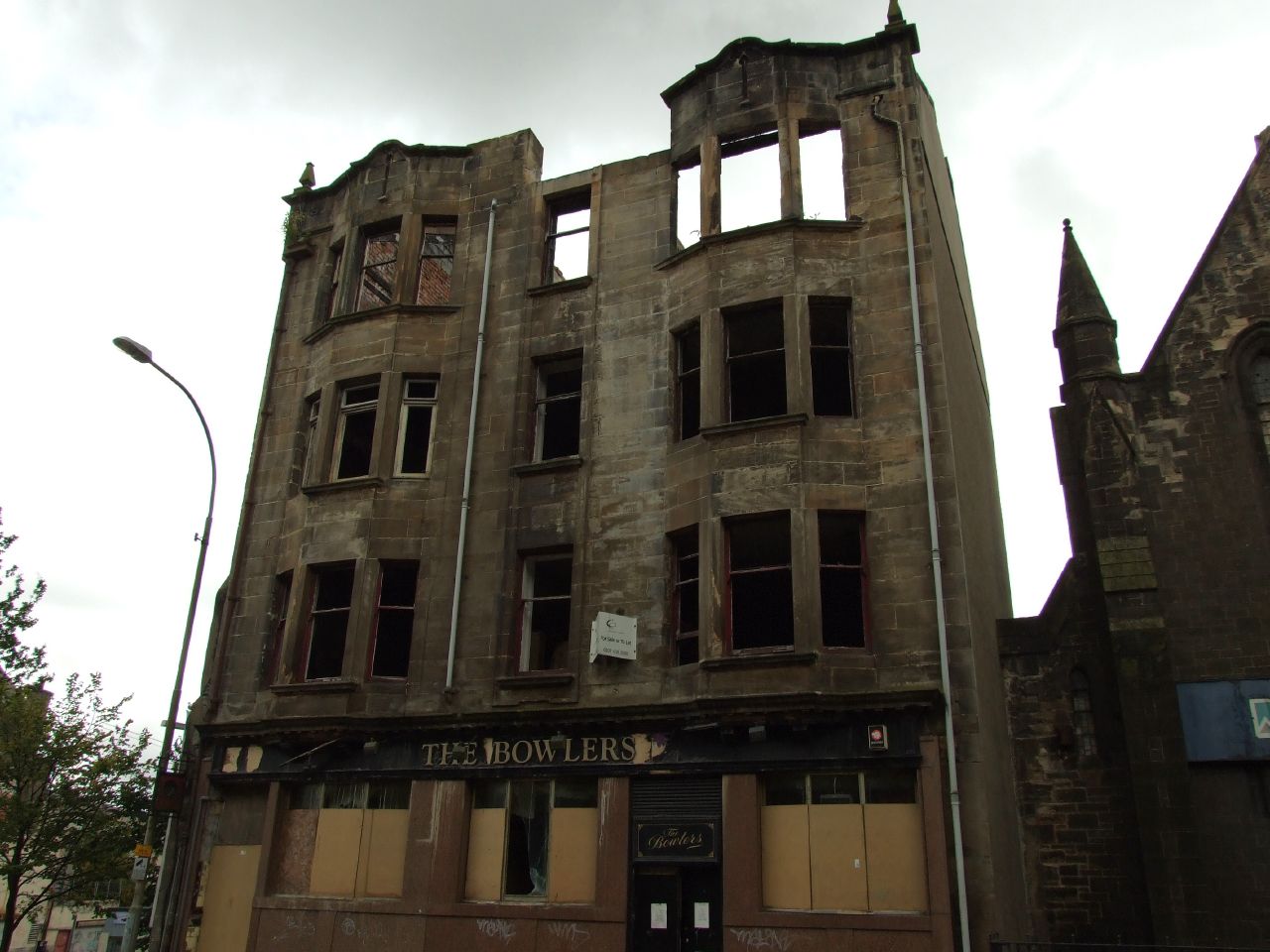 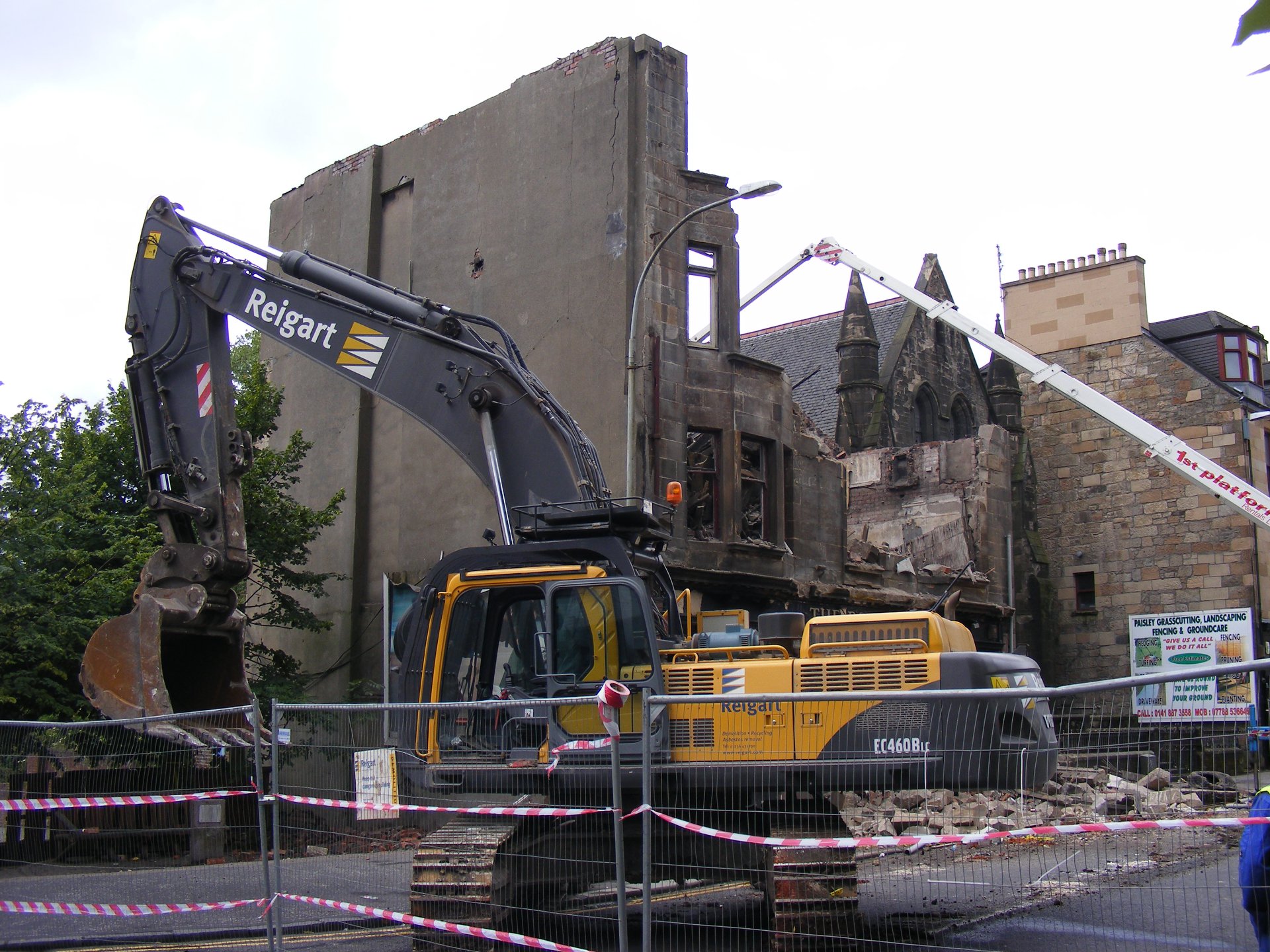 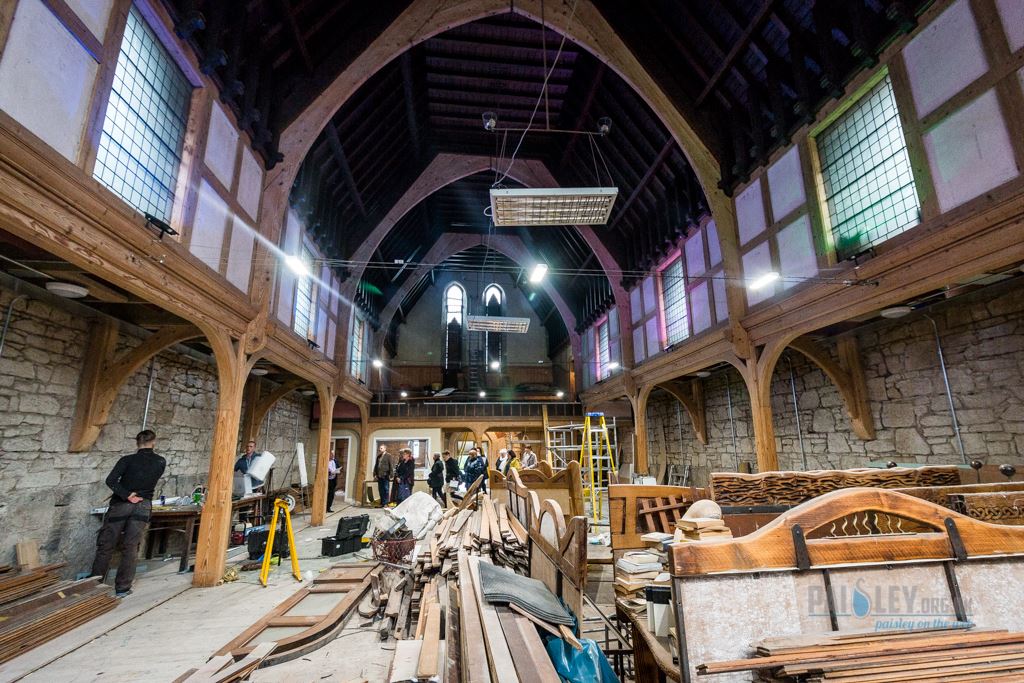 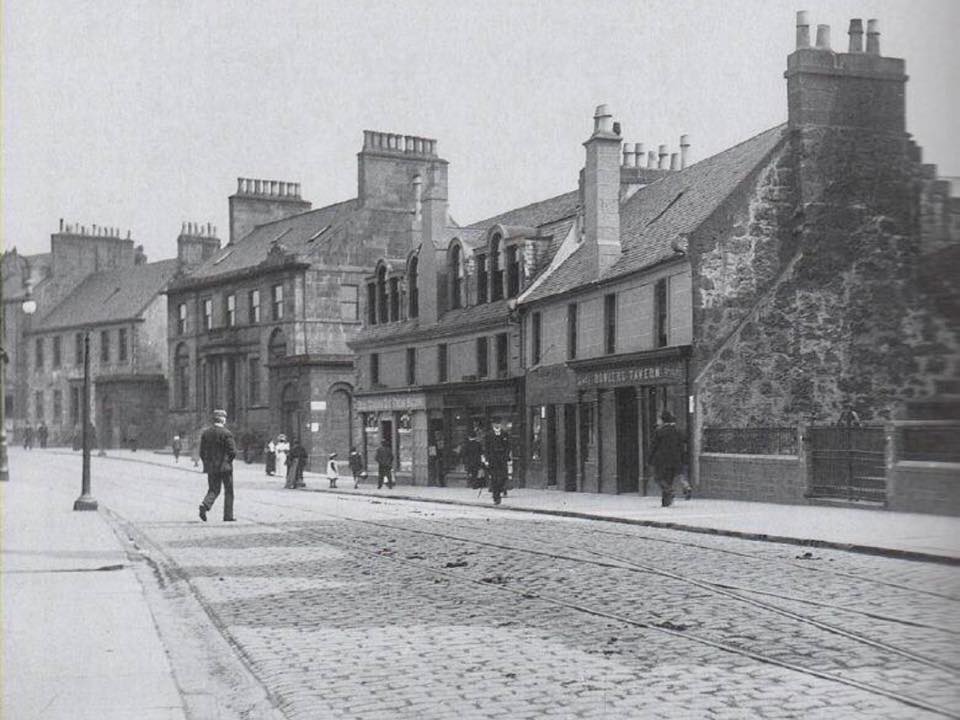 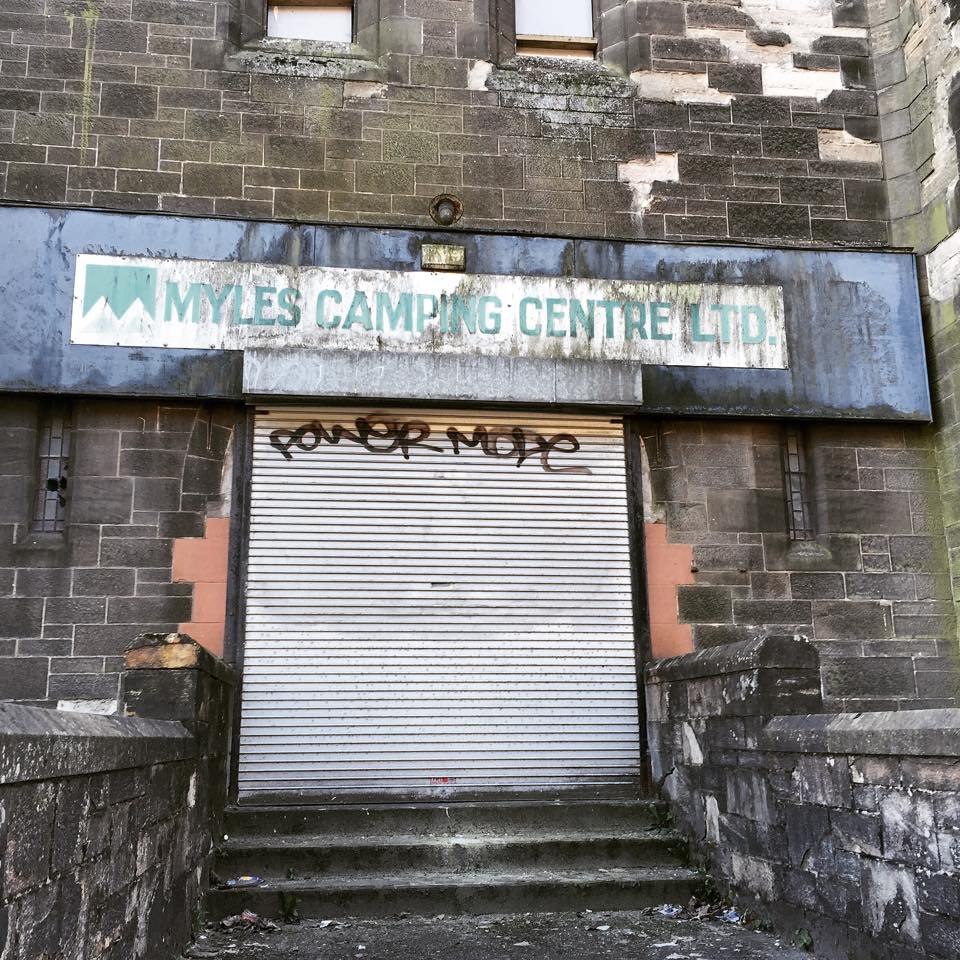 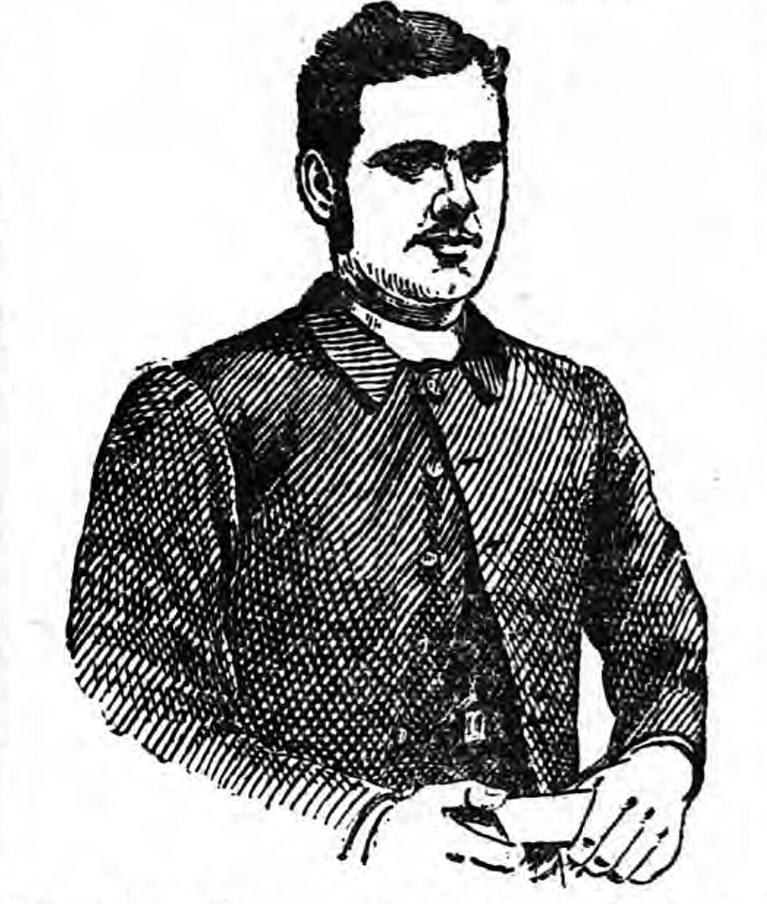 Rev. Ritchie left the church in 1894 with a desire for some “wider breathing space”. The church had a further 5 ministers before acceding to the Church of Scotland to become Wellmeadow Church of Scotland. It remained so until 1969 when the congregation amalgamated with St George’s East to form Paisley St Matthew’s, itself dissolving in 1988.

The tenement to the left side was built c.1905 on top of the original ‘Bowler’s Tavern’. The building was destroyed by fire 2005 which also partially damaged the church. The tenement was again set ablaze in 2008 and demolished shortly after demolished owning to its dangerous state

Throughout the 80s and 90s the church building housed Myles Camping centre run by Myles Rafferty, uncle of Gerry Rafferty. The basement during this time was used as a carpet store called Roddy’s. With the closure of both stores around 2000, the building became vacant. Planning permission was granted in 2004 for change of use to licensed premises comprising studio/ workshop space in basement and cafe/ bar on ground floor.

The building lay empty thereafter but was purchased in 2017 and underwent an extensive conversion to a makerspace for artisans from Paisley First. Since mid-2019 it has been used as entertainment venue Rocknrollas.

It’s pretty safe to say that the 19th-century congregation would have never expected that!

Courtesy of Paisley Buildings at risk