It’s great to see another building improvement scheme almost complete at Right Way Credit Union, 41 High Street. The building has undergone extensive renovation since summer 2020, first with the masonry work on the upper floors and more recently the new shopfront works which are almost complete. 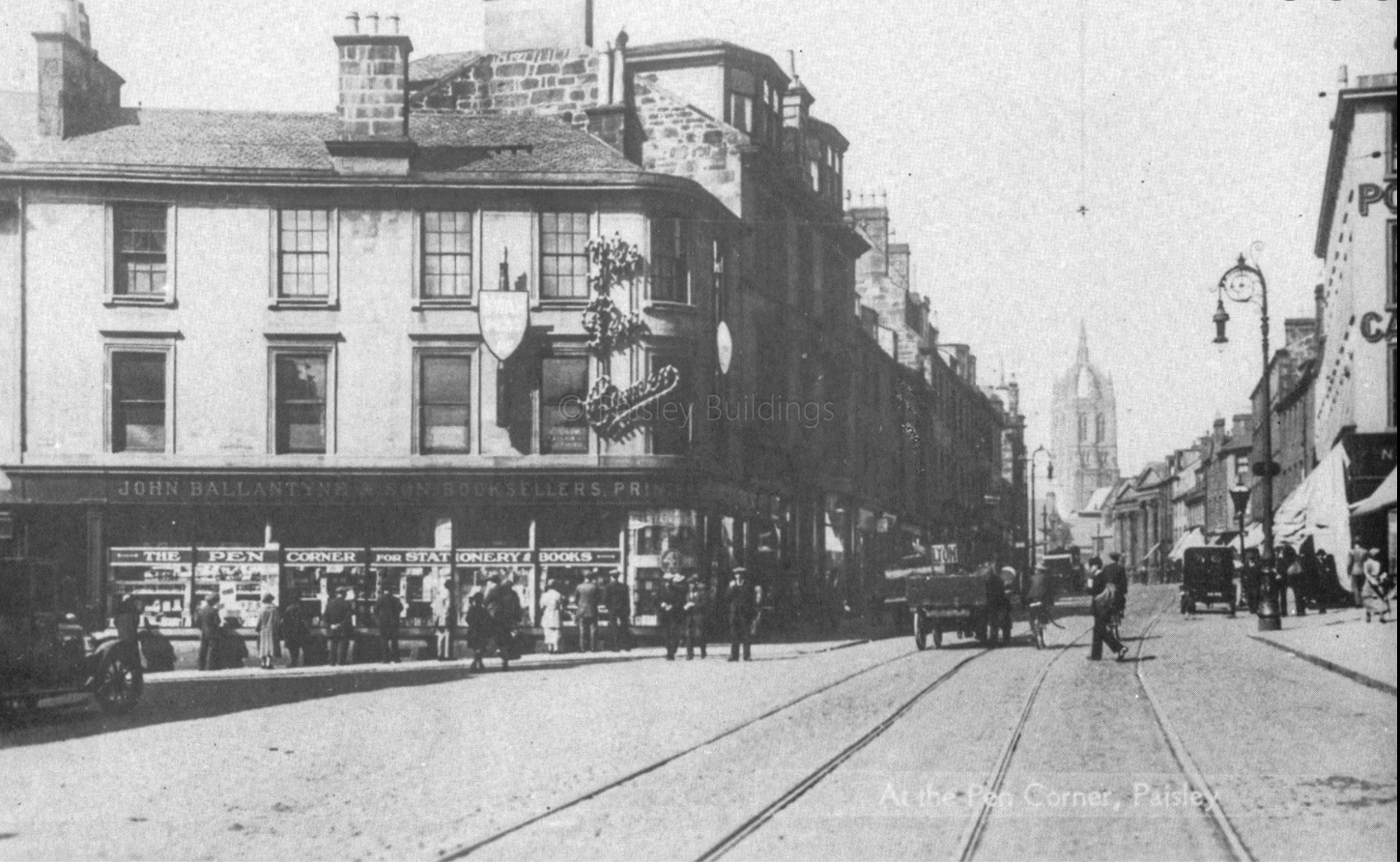 The masonry work by Stratum Masonry saw the window lintels and surrounds repaired or replaced, as well as stone cleaning which has brightened the building right up, especially evident in the sun this weekend! The shopfront replacement has reinstated the curved window on the corner and reintroduced traditional features including tiling at the entrance. 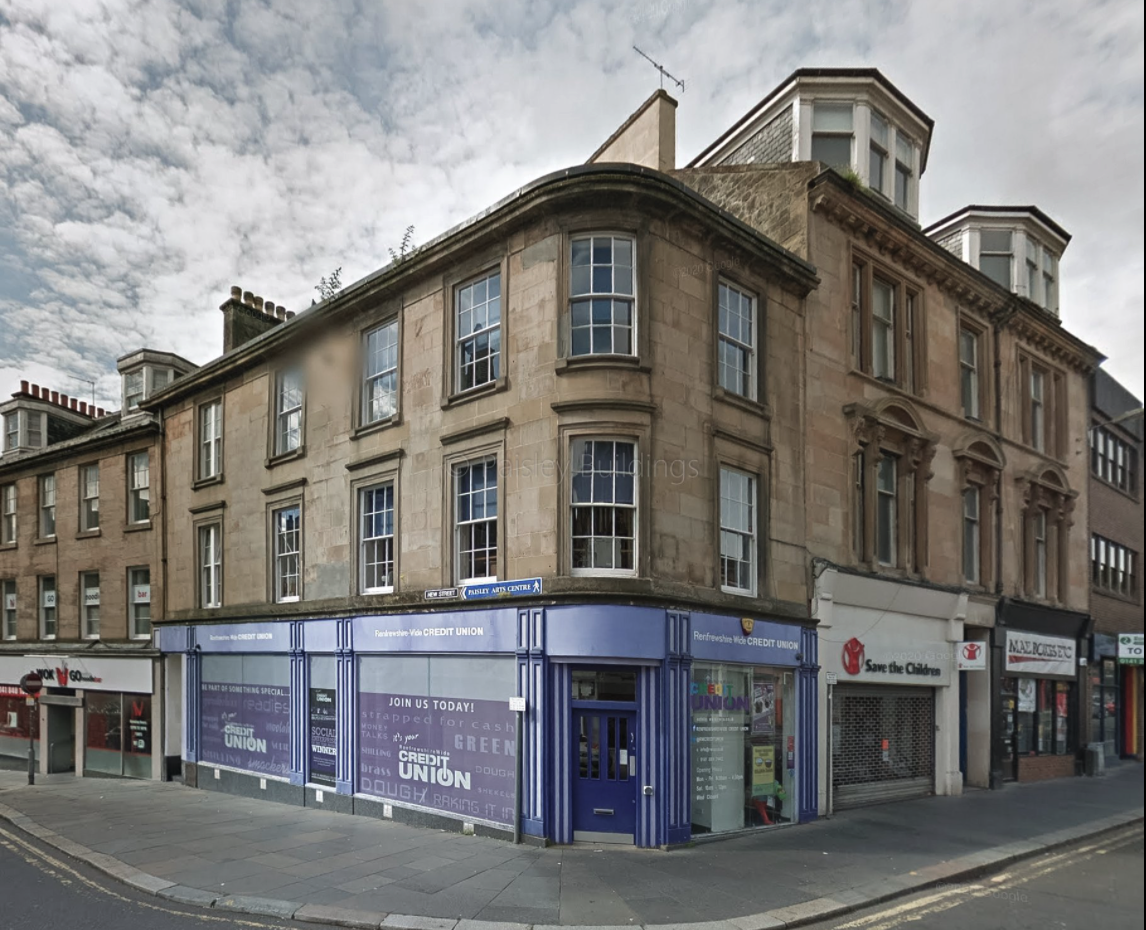 The works were made possible through Renfrewshire Council’s TH.CARS2 scheme which supports projects such as this with funding to enhance the streetscape and buildings of the town centre area. Several other properties have recently benefited from the scheme which is due to run until next year. 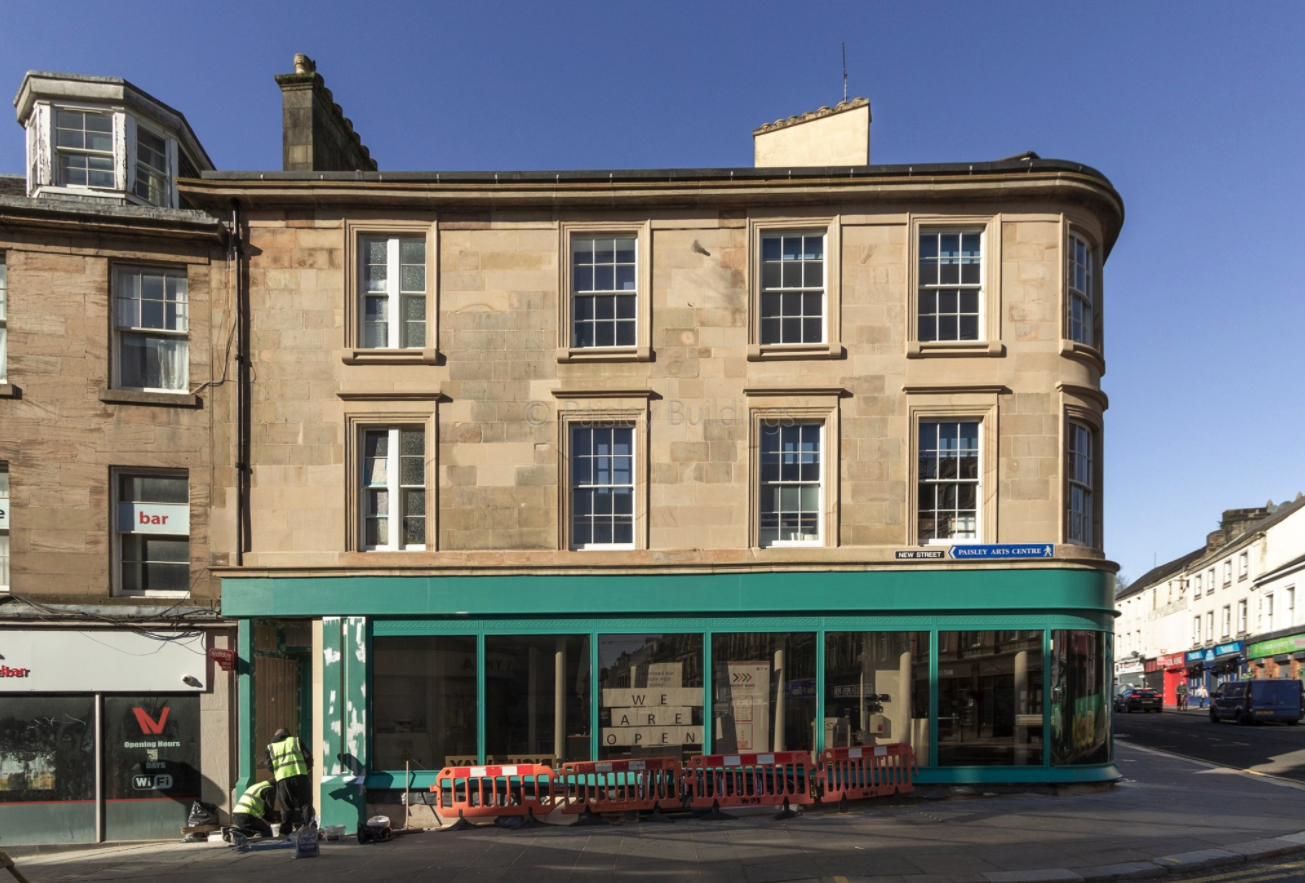 The building itself was built c.1835 and first appeared to have been used as a Carriers’ Quarters in the upper floors. Carriers quarters were effectively motels for the Victorian equivalent of white van men who transported goods by horse and cart across the counties. At this time, there was a Hat shop located on the ground floor operated by Andrew Mack. In 1853 it was taken over by Henry Pigott for a short period before expanding under Blair & Co. who sold a much in demand patented hat design. This business again changed ownership under J Craig & Co. in the 1870s still capitalising on the hat market. 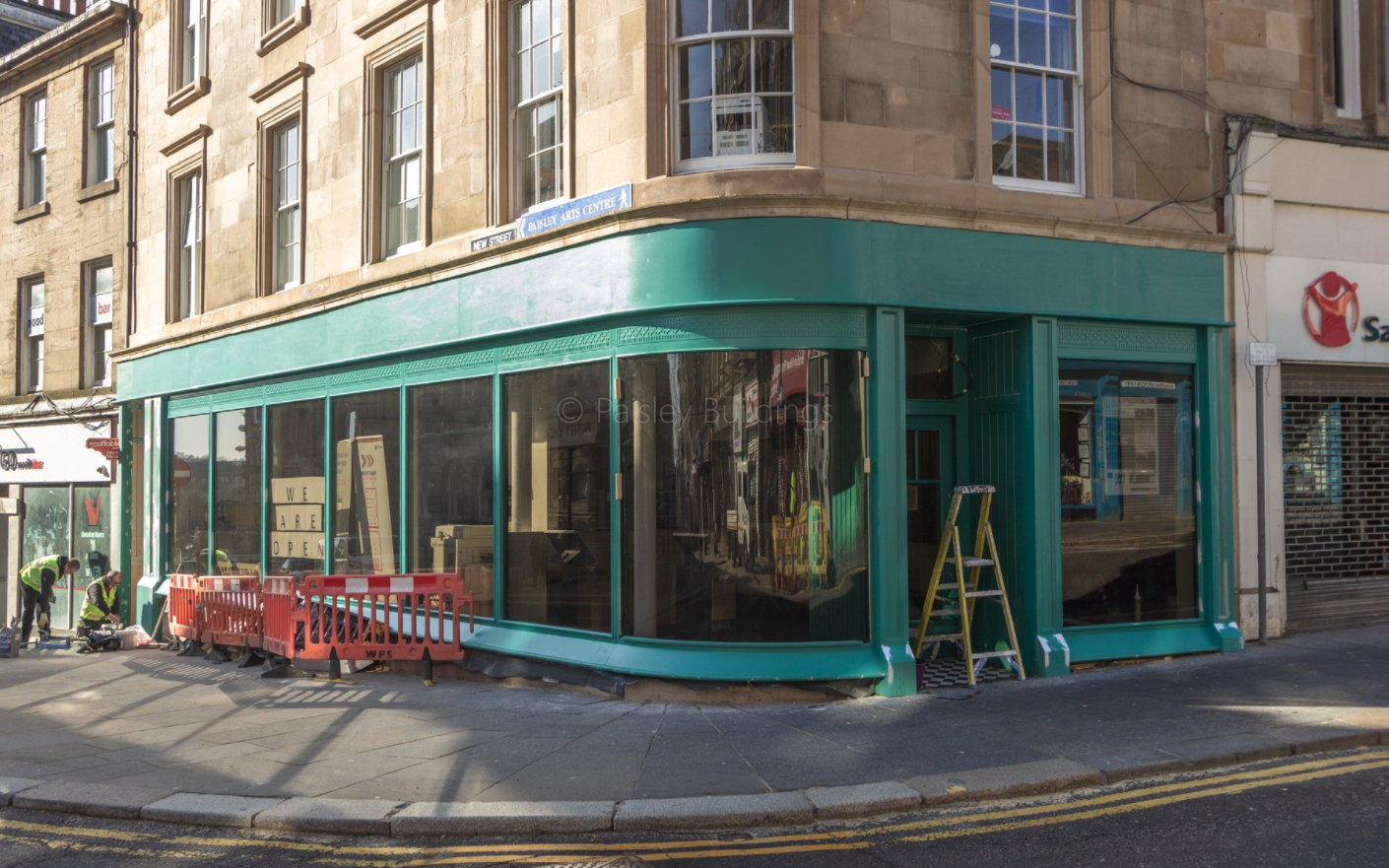 By the 1890s hats had evidently gone out of fashion as it was changed to Ballantyne’s stationery and book shop. The shop was one of the first adopters of new neon advertising signs in the 1920s which brightly displayed ‘The Pen Corner’. It is for this reason that the corner became known as such.
The shop then became Mansfield’s Shoe shop in the 1960s who tried to re-establish it as ‘The Shoe Corner’ with equally as prominent signage. More recently it was taken over by Renfrewshire Wide Credit Union (now Right Way Credit Union) in 2011.
Content courtesy of Paisley Buildings at Risk