Local rock gods and all over good guys MrdB are playing at The Bungalow tonight with Leisureland (formerly The Ribena Boys) It is free entry and doors are 7pm. Tomorrow afternoon  is Mod time with The M65s last time they played it was jam packed. The Glasgow based Mod band cover the hits of Britpop, Mod, Northern Soul with songs from The Who, Yardbirds, The Jam, Oasis, Frank Wilson, The Specials, Verve, Pulp, OCS, The Kinks, and many more tunes loved by all. Avoid the crowds and get in early at 1pm. (free) 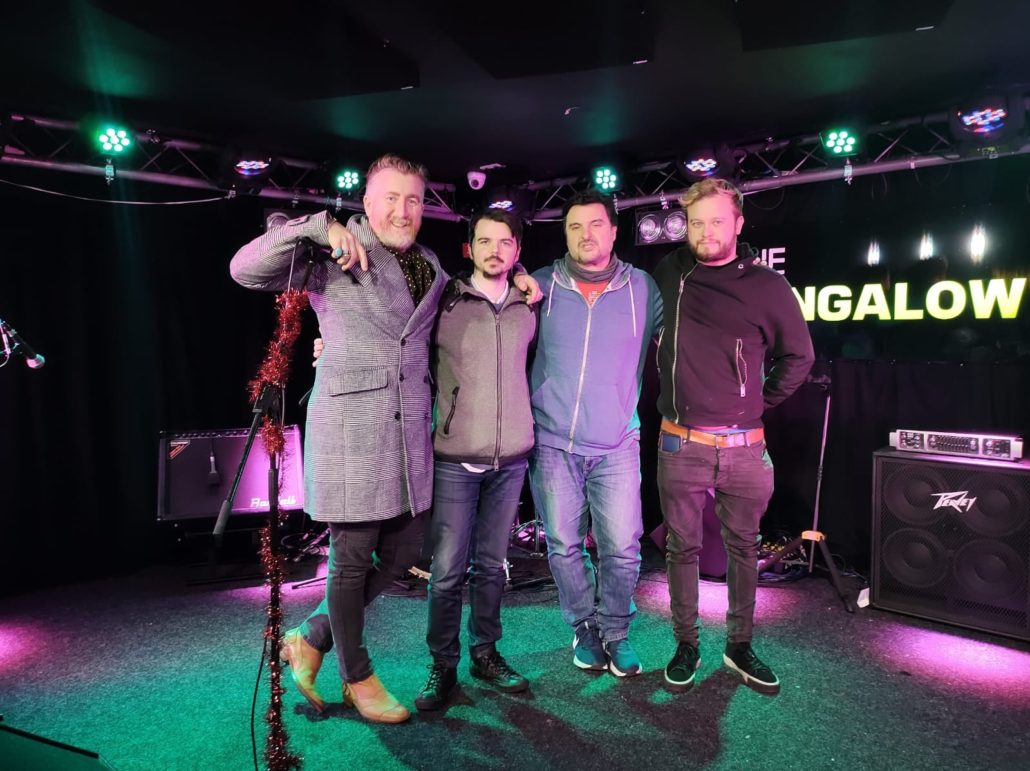 Abba A-Rival is the explosive Abba Tribute show packed with all your favourite Abba hits and its coming to The Bungalow tomorrow night. With sensational singing, talented musicians, choreographed dance routines and authentic costumes they are one of the most glamorous Abba Tributes out there, they bring back Abba as they were in their glamorous heyday as 70s icons.

Abba A-Revival has toured all over the world including Russia, Israel, Canada and Europe. This is going to be a brilliant night of ABBA and one not to be missed. Whilst dressing up is not mandatory of course it’s highly encouraged. Doors open at 7pm and you can get tickets on entry.

The Bungalow introducing line up on Thursday is The Wee Reprobates, Red Bandit and Firing at Statues. Doors: 7pm. Tickets £5/3 students

The Old Swan have a live band in tonight from 7pm and then tomorrow The Festivals are playing in the much coveted slot known as ‘The Shopper’s Slot’ from 4pm. (if you read last week’s column you’ll know why it is called that) Local band Clyde are playing on Monday from 5pm. Just the remedy for those Monday Blues if you have started a new week at work or if your off, even better because you can turn up early and get a seat.

On Tuesday –it is Swing Afternoon tea from 2pm. As always your host is the very talented and popular Lee James. Lee belts through a Rat Pack set and more with all the style and panache of a golden era in music. Lee is back on Thursday at 3pm for a more mixed genre of music weaving a wonderful journey of ‘Music Through the Decades’. Both afternoons are very entertaining with great songs delivered by Lee who has a professional appearance and a perfect voice.

The Cave have The Lynsey Dolan Band in tomorrow at 6pm followed by The State Blues Band from 9pm. On Sunday it’s not only a welcome return of The Black Triangles to The Cave, it happens to be Shug Stevenson’s birthday. The local charity event organiser and regular attendee of all the live music venues in Paisley had a birthday party in The Cave before the Covid days and it was absolutely nuts. If you are looking for something to do on Sunday pop in and be part of the madness. It all kicks off at 6pm.

The Keg have two live sessions this week both starting at 9pm.m Tonight they have Black Dog Forge and tomorrow night it is Canyon. You might have seen Canyon recently if you were at The Paisley Food and Drink Festival in The Keg tent. I saw them and they were fantastic. Catch them and some great bar food at the same time. Kennedy’s have Sad Ida in on Sunday from 3pm and The Anchor has Bad Boy Boogie starting at 4.30pm

Good news for Heavy Traffic, the Status Quo Tribute band. They had a gig scheduled for tonight at Callum’s Cavern but is now going to happen at Rocknrollas. Tickets are available on the door.

This week’s Open Mic sessions are: Abbey Bar on Monday with Dunky Hunter at 8pm, Jason Flood is hosting at Gantry on Tuesday from 9pm, Johnny Barr will be at The Keg from 8.30pm. Have a great week and Keep Music Live.