Lonehead are launching their new album at The Bungalow tonight. Their special guests are The Real World and Judged by 12. Born out of the gritty Glasgow rock scene, Lonehead are a powerful three-piece band playing their own brand of melodic alternative rock. Their sound lands somewhere between Cream and The Manics or maybe Biffy, The Clash and The Who. Featuring the virtuoso lead guitar of Glasgow legend ‘Uncle’ Jim Keilt, the band signed to new Glasgow music label Frantastic68 Records (iOcco Music).  Lonehead were nominated for Single of the year on Radio Six International and have reached no 17 in the Scottish New Music Chart. Referred to as ‘the Caledonian rock machine’ Lonehead are fronted by singer bass player Martin Jenkins and bolstered by ex-Cosmic Rough Rider Mark Brown on drums. Doors are at 7pm and you can get tickets on entry. 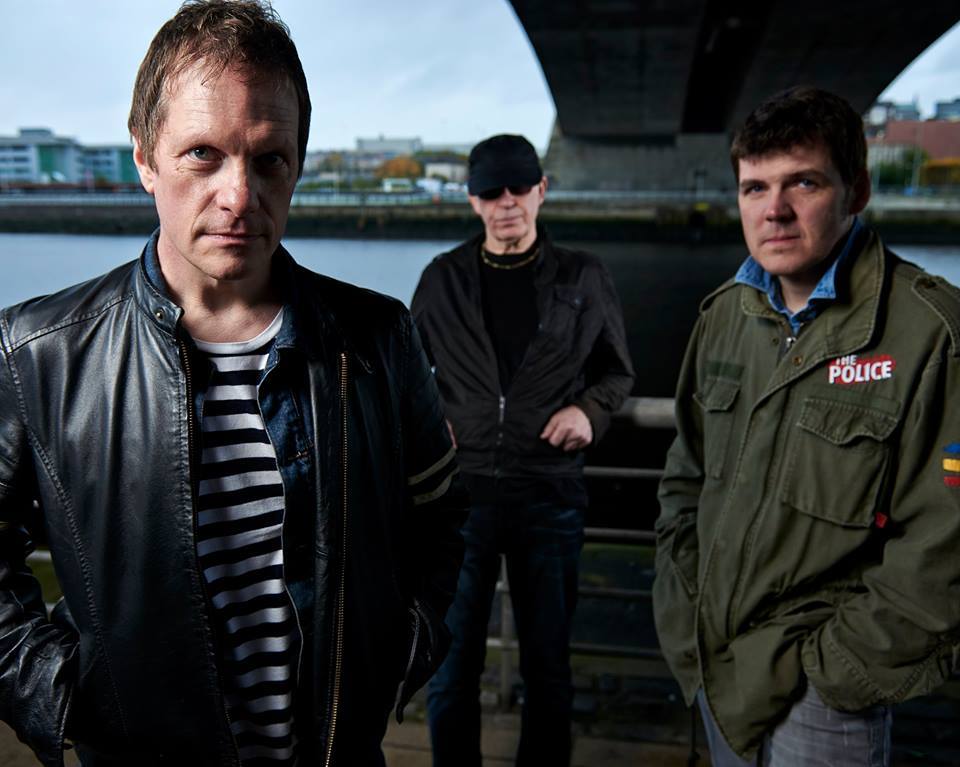 Tomorrow night it is the turn of Skaledonia who give you an energy fueled night of Ska supported by The Substitutes performing all The Who classic hits and more. Tickets are £8 and doors are 7pm.

Ghostbaby, Frog Fountain and Polly are the three bands for Thursday’s Introducing Night. Tickets are £5/£3 for students, available on Eventbrite and on the door unless sold out. Doors are from 7pm, with the first act coming on at 8pm.

Tomorrow night Brendan J Carr brings his highly acclaimed tribute show ‘I’m Your Man’ (a tribute to George Michael and Wham) to the Rocknrollas stage. There is not much we need to say about George Michael’s music as it defined a decade and Brendan does his music justice and the proof is  he sells out shows up and down the country and this one will be no different. Doors open at 7.30pm and tickets are £10 and £15.

Live action at The Old Swan starts this week starts with Campbell Sproat from 7pm tonight then Judy and the Jaywalkers from 4pm tomorrow. On Sunday after the Northern Soul afternoon which starts at 3pm it is Wreckless live at 7pm. On Monday Clyde are on from 5pm, Lee James will be singing on Tuesday and Thursday at 3pm. 3 fantastic bands for you at The Cave this weekend starting tomorrow with Sneaky Beats at 6pm followed by Fire In at 9pm. On Sunday it is Rockabilly group Cherry Red 53 from 6pm. The talented Crawford Smith will be performing at Tannahill’s tonight from 8pm. Sad Ida is at Kennedy’s on Sunday from 3pm. A Live band TBA will be at The Anchor on Sunday from 4.30pm. The Keg have Ama Jane in tonight from 9pm and tomorrow night it is the turn of Oceans View also from 9pm.

This year’s Food and Drink Festival start tonight and goes on until tomorrow evening. Here is the impressive lineup of live action from the two stages.

Plus, there will also be a Bungalow Busking Zone throughout the day on Saturday, where you can enjoy the following acts: Julen Santamaria – 12pm, Lori – 1pm, Blair Gilmour – 2pm, Sadie Marie – 3pm, Zoe Eliza Hodkinson – 4pm, Liam Doyle – 5pm.

This week’s Open Mic Sessions are: Dunky Hunter at The Abbey from 9pm, Jason Flood at Gantry from 9pm, Johnny Barr at The Keg on Wednesday from 8.30pm.

Keep music live and have an amazing weekend.

Glasgow News? Daily Updates part of our network
Who Has Been St Mirren’s Player of the Season?

How To Help You Look And Feel Great
Scroll to top