The Southmartins are back at The Bungalow tonight. John Lyon of NNE said “After one of the best gigs of 2019, we’ve managed to convince Andy, Naomi and the band to head back to Paisley for 2021” The Southmartins give you the hits and bits of the Beautiful South and the Housemartins. It is the best sing-along night of the year belting out Happy Hour, Old Red Eyes is Back, Song For Whoever, Me and the Farmer, Don’t Marry Her, Perfect 10, Caravan of Love and many, many more. 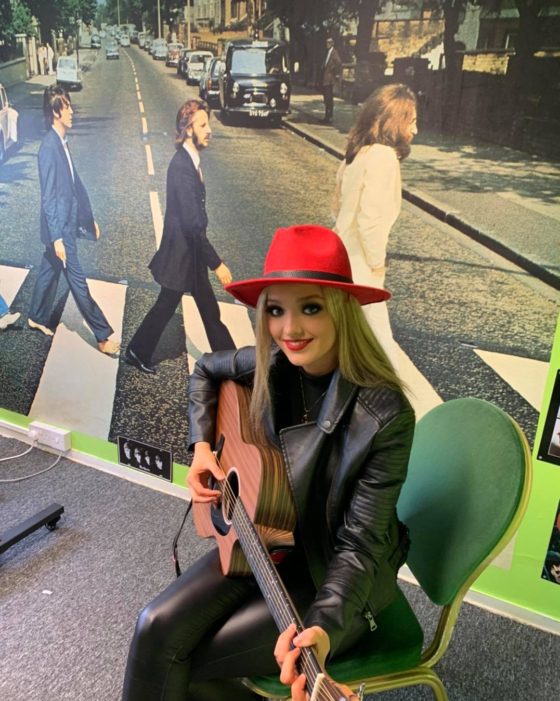 The band has toured the UK at sell out venues and was invited to play at Paul Heaton’s own venue in Salford for the launch of the “comeback” album with Jacqui Abbott. Lead singer Andy is about as close as you’ll come, vocally, to main man without it being himself and the night will leave you with a smile on your face and a song in your heart.

In support is and up and coming young talent Robyn Red. She is a singer-songwriter from Airdrie. She spoke to me last week and told me “I write country-pop-rock music and my influences are Amy Macdonald, Luke Combs, Carly Pearce and Lee Brice” Robyn started learning keyboard when she was five years old, then later when she was 13 she bought her first guitar and learned how to play it from you tube videos. In 2019 at only 14 she travelled to LA to represent UK in the World Championships of Performing Arts. She won gold for self-accompanied pop and silver for self-accompanied country. Although only 16 she was on the bill for Party in the Palace and Gig in the Goil. She is the one to watch. Tickets are on the door and opens at 7pm

Tomorrow afternoon The Bungalow has a fantastic lineup of local singer-songwriters with host Johnny Barr Free event and starts at 2pm.

If you remember the days of The Sweet, T Rex, Slade, Mott the Hoople and Roxy Music, Hot Love are bringing their nostalgic show to The Bungalow tomorrow night. The band has brought together some of the finest musicians and singers around to create this upbeat, exciting and ultimate 70s tribute show. Performing hit after hit from the 70s, Hot Love can guarantee that you will know every song and every lyric too. You will be taken on a journey back in time when flares, double denim and perms were a thing. Tickets on the door and opens at 7pm.

The Cave has another fantastic Four in a Row for you again this weekend. Starting tonight at 9pm it is Mojo Filter, then in the early slot tomorrow at 6pm it is The State Blues Band followed by Blackout at 9pm. Sad Ida is playing on Sunday at 6pm and the night isn’t over because Grant Cherry is back with his After Show Party from 9pm.

Local singing trio Feeva are putting on The Ultimate Motown Show tonight at The Old Swan. Doors are at 7pm and tickets are £10. Arizona plays tomorrow from 4pm followed by Esquire at 8pm then Emma Nailen at 9pm. . The Swing afternoon on Tuesday starts at 2.30pm. Tonight Proposal are at Tannahills from 8pm. Jenna Milroy is singing at The Glennifer Hotel from 8.30pm tomorrow night. Old Bohemia are at The Keg tonight from 9.30pm.

Rocknrolla’s is back with a bang with a superb 80’s tribute doubleheader featuring the hits of synth legends Erasure and The Pet Shop Boys. Tickets are only £10 to get the hits from Sometimes, A Little Respect, Drama, It’s a Sin, Always on my mind and maybe a wee Abba cover in there somewhere. Doors 7pm.

The Anchor has Moonshine Mojo in at 4.30pm on Sunday. Mr Brightside 9pm at Harvies tomorrow night.

Glasgow News? Daily Updates part of our network
Innovation is heating up at Scotland’s advanced manufacturing district thanks...