Tonight at The BungalowThe Bungalow are a classic rock covers band from Glasgow called The Audiorayz. I’ve seen them a number of time and they are at the very top of their game. The last time they played The Bungalow one of their fans commented “I was totally blown away by The Audiorayz. 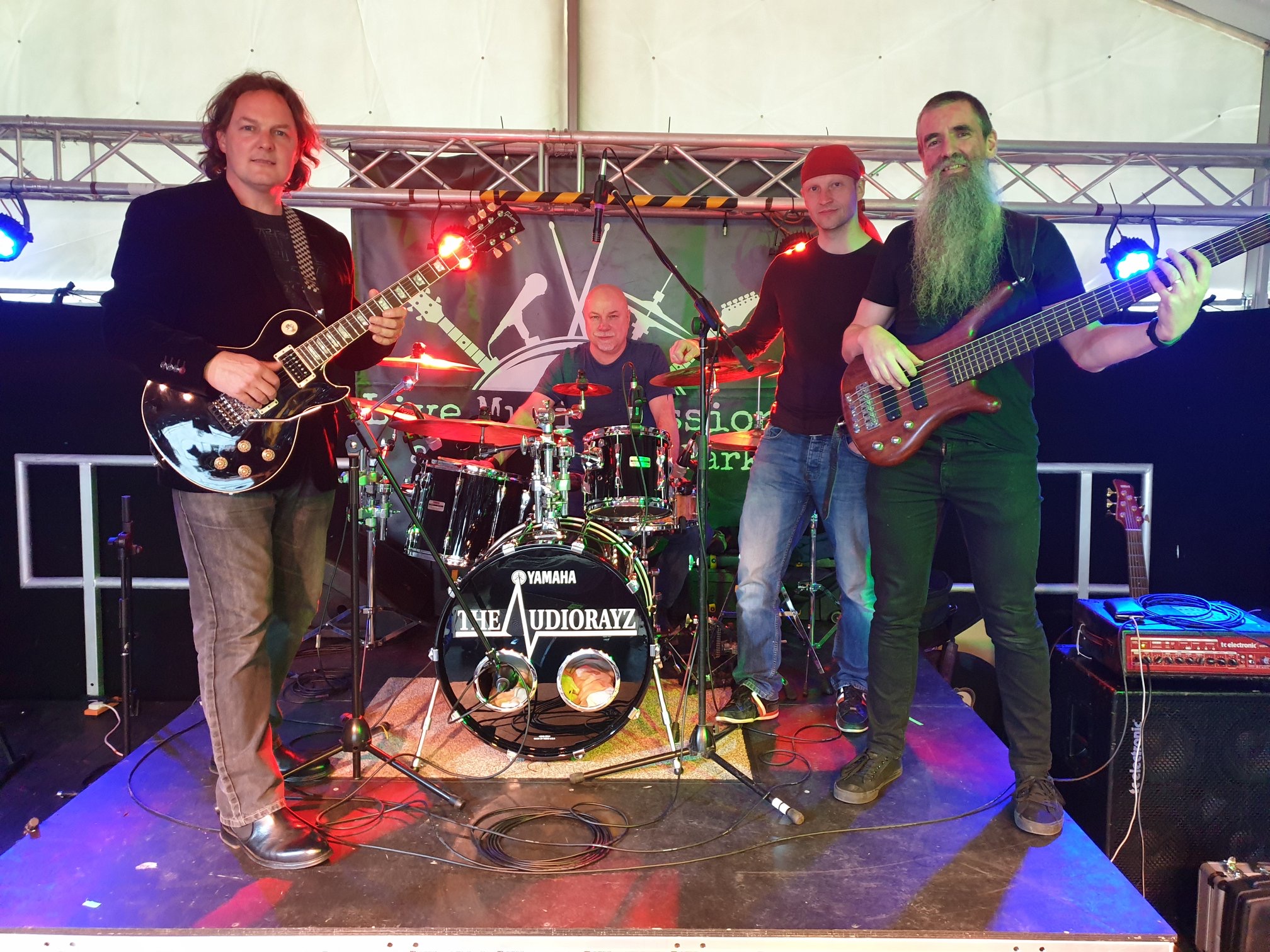 Best band I have seen for a long time. What a line of amazing talented musicians. I liked their mix of brilliant renditions of rock classics and their own compositions too. Iain Forbes guitar playing was incredible. The venue got the sound balance bang on” They don’t play much in Paisley and this is one not to be missed. Doors are at 7pm and it is free entry.

The Brass Monkeys Big Band return with their brand of big band hits. I grew up with most of the guys in the band from my brass playing days and what an amazing band they are. They are full of life and vigour and create a vibrant atmosphere that is second to none. From the moment they start setting up the atmosphere starts building as the regular fans know what to expect. The last time they played at The Bungalow right before lockdown people rose to their feet and never stopped dancing and clapping. Those that remained seated were tapping their feet and singing along. The Brass Monkeys take you through a journey in music from soul to funk and RnB and also throw in some surprises for good measure. Starts at 2pm and doors are at 1pm.

The much acclaimed Combat Rock Clash Tribute band isplaying tomorrow night. Combat Rock are the UK’s Ultimate Clash Tribute with over 15 years of gigs behind them including support slots with The Damned, The Buzzcocks, SLF and more. Supporting are The Vanities Doors are at 7pm and Tickets are £7.

Thursday night it is The Bungalow Introducing Night once more with Singer/Songwriter LTH and Band The Perpetual Cants who will be performing their original material in the Bungalow. LTH who is Laura Talbot-Heigh is looking forward to playing. She said “This is my first live gig since both releasing music and since the pandemic started and I’d love to see as many folk there as possible. I’m so excited to share music I’ve been working on during the pandemic with you all” There is a 3rd act to be confirmed. Doors are 7pm and tickets are £5.

David McKendrick is at The Old Swan tonight from 5pm. Tomorrow covers band End of the Century are playing in ‘The Shoppers Slot’ from 4pm. On Monday Casual Swans are back with their busking style of music tackling anything from pop, rock and jazz from 4pm.

The Cave’s big weekend of live music starts at 9pm tonight with Jumbo Gibson. Tomorrow from 6pm it is Black Triangles followed by Gordon’s Alive at 9pm the on Sundayfrom 6pm Jim Keilt is back with his legendary Blues Jam followed Grants After Party Open Stage for anyone wanting to get onto the stage and sing after the jam session which is around 9pm.

Local Paisley band FreeSpeech haven’t been playing much recently so it’s great to see them back at their best and pounding out some tunes at The Anchor on Sunday from 4.30pm.Tonight at The Keg is Ocean Views from 9pm. If you are looking for a night of good food and good music, there is as always live acts at Zambretto tonight and tomorrow night from 8.30pm.

Open Mic nights next week are The Keg with Johnny Barr at 8.30pm and The Abbey with Dunky Hunter at 9pm. The Anchor Bar started their open mic session last night and will be on the last Tuesday of the month from now on. Well known local Paisley musician Andy Lindsay is playing a solo gig at The Spateside Inn in Johnstone from 8.30pm tonight followed by an Open Mic Session around 10pm.

How to Find Betting Site Offers
Scroll to top