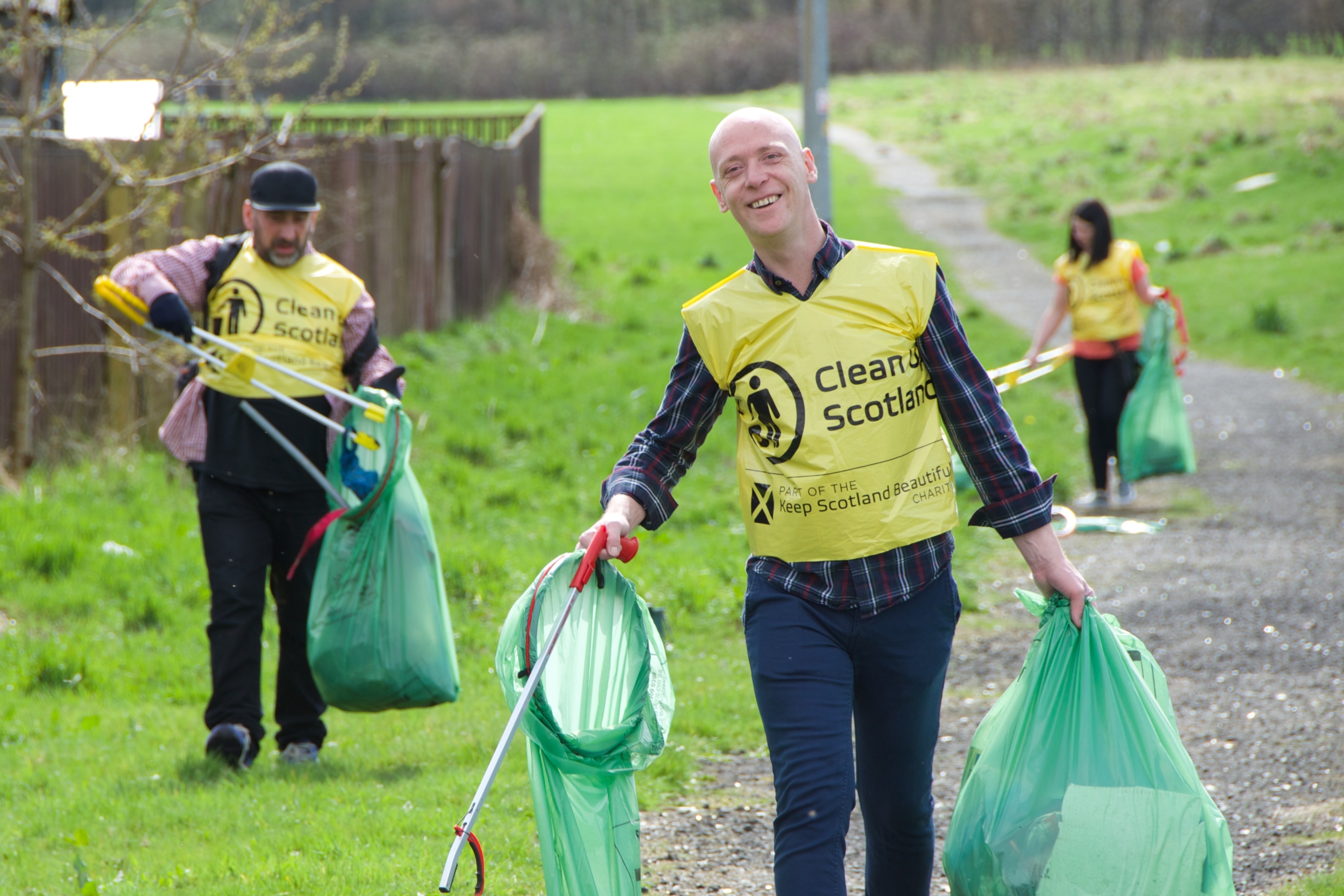 This data is used by Keep Scotland Beautiful to provide a picture of the litter problem along the Clyde Valley to give an understanding of how litter ends up in our waterways and informing future solutions.

The Darkwood Crew are the latest addition to the campaign alongside Brighter Bothwell in South Lanarkshire, Queens Cross Housing Association in Glasgow and 86th Boys Brigade in East Renfrewshire.

As keen supporters of Renfrewshire’s Team Up to Clean Up campaign, the group regularly litter pick around their local area of Ferguslie in Paisley.

Councillor Cathy McEwan, Convener of Renfrewshire Council’s Infrastructure, Land and Environment Policy Board, said: “Litter can be so damaging to our waterways and the local environment, so it is fantastic that the Darkwood Crew are carrying out this much-needed role as part of the Upstream Battle campaign.

“They’re an inspiring group of volunteers and are doing Renfrewshire proud. I’m looking forward to see the results of their work and the solutions it helps bring forward to make our waterways cleaner and safer in the future.”

The groups will receive advice and support from Keep Scotland Beautiful along with access to a bespoke version of the charity’s innovative climate emergency training.

Heather McLaughlin, Campaigns Officer at Keep Scotland Beautiful, commented: “We would like to thank the four new Anchor Groups for joining our battle against marine litter in the Clyde Valley. Their support and work allow us to develop a unique picture of the potential for litter to enter the River Clyde.

“Our recent report, Time for a new Approach to Tackling Litter, shows that we are heading towards a litter emergency, so the information our Anchor Groups provide for the River Clyde will ultimately allow us to better understand littering trends and behaviour, and how to tackle them.”

The addition of four new Anchor Groups to the Upstream Battle campaign has been made possible thanks to funding from Crown Estate Scotland.

Campbell Gerrard, Senior Policy Manager at Crown Estate Scotland, said: “Litter poses a real threat to marine wildlife, their habitats and to people’s enjoyment of the areas where they live and work. That’s why it’s great to have four new anchor groups involved in the campaign, helping prevent rubbish entering our seas and improving the health of the River Clyde and its catchment.”

More information about each of the four new Anchor Groups, as well as the existing 15, can be found at www.keepscotlandbeautiful.org/upstream-battle/citizen-science/anchor-groups

Glasgow News? Daily Updates part of our network
We Investigate “We Buy Any House” organisations – and how...

The Importance of Road Linemarking and Signs
Scroll to top