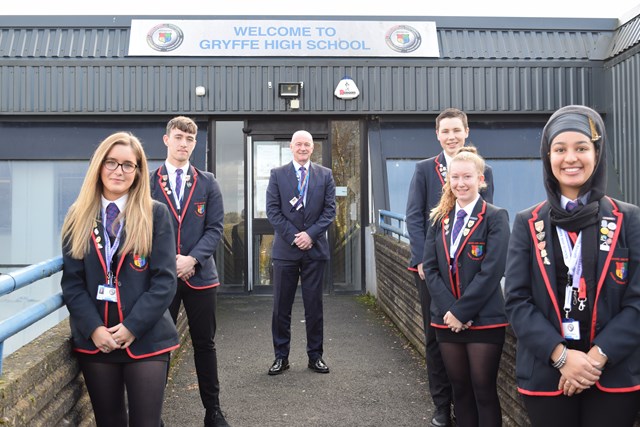 The 28th edition of Parent Power, due to be published in The Sunday Times and online on Sunday, 29 November, identifies the 2,000 highest-achieving schools in the UK, ranked by their most recently published examination results.

In August, the Houston school became the first secondary school in Scotland to receive an ‘excellent’ grade under Education Scotland’s short model inspection format, which judges schools on two quality indicators as opposed to four under the full inspection model. The ‘excellent’ rating is the highest grade on a six-point scale and was received by the school for ‘raising attainment and achievement’.

Gryffe High School has also received accreditation in recent months by UNICEF, as a Gold Rights Respecting School, and as a Vision School for Holocaust Education in Scotland.

Head Teacher Colin Johnson said: “To say I am proud of our pupils and staff is a complete understatement. Despite the challenges of the past eight months our pupils have remained positive and have continued to support one another throughout.

“Their efforts and achievements are outstanding, and I am delighted that their work, and the work of our dedicated staff, has been recognised by The Sunday Times.”

Councillor Jim Paterson, convenor of Renfrewshire Council’s Education and Children’s Services Policy Board said: “We are thrilled that Gryffe High has been named Scottish State School of the Year by the Sunday Times. That is testament to the hard work and dedication of the pupils, staff and school community to raise attainment for all and I am sure they will all be as delighted as I am.

“We have invested heavily in our teachers and in our support staff across Renfrewshire, recognising the incredibly important role they have in shaping children and young people’s lives. We hope to build on Gryffe’s success and aim to emulate their achievements in all schools in Renfrewshire.”

Alastair McCall, editor of Parent Power, said: “Gryffe High has achieved its highest placing in our annual Scottish state secondary school rankings this year, building on a decade and more of sustained academic success. It now ranks among the best secondary schools in the country.  Inspectors praised the “relentless drive” of school leaders to ensure all children fulfil their potential in an outstanding report during the summer.

“The school expects and achieves much beyond the examination halls, however. Fundraising efforts have targeted local food banks during lockdown, while the children showed notable emotional intelligence and support of one another during a recent dyslexia awareness week.

“Under the leadership of Colin Johnson, children are encouraged to achieve their best academically and across the full range of school activities. Gryffe High is an exemplary school and a thoroughly deserving winner of our Scottish State Secondary School of the Year award.”