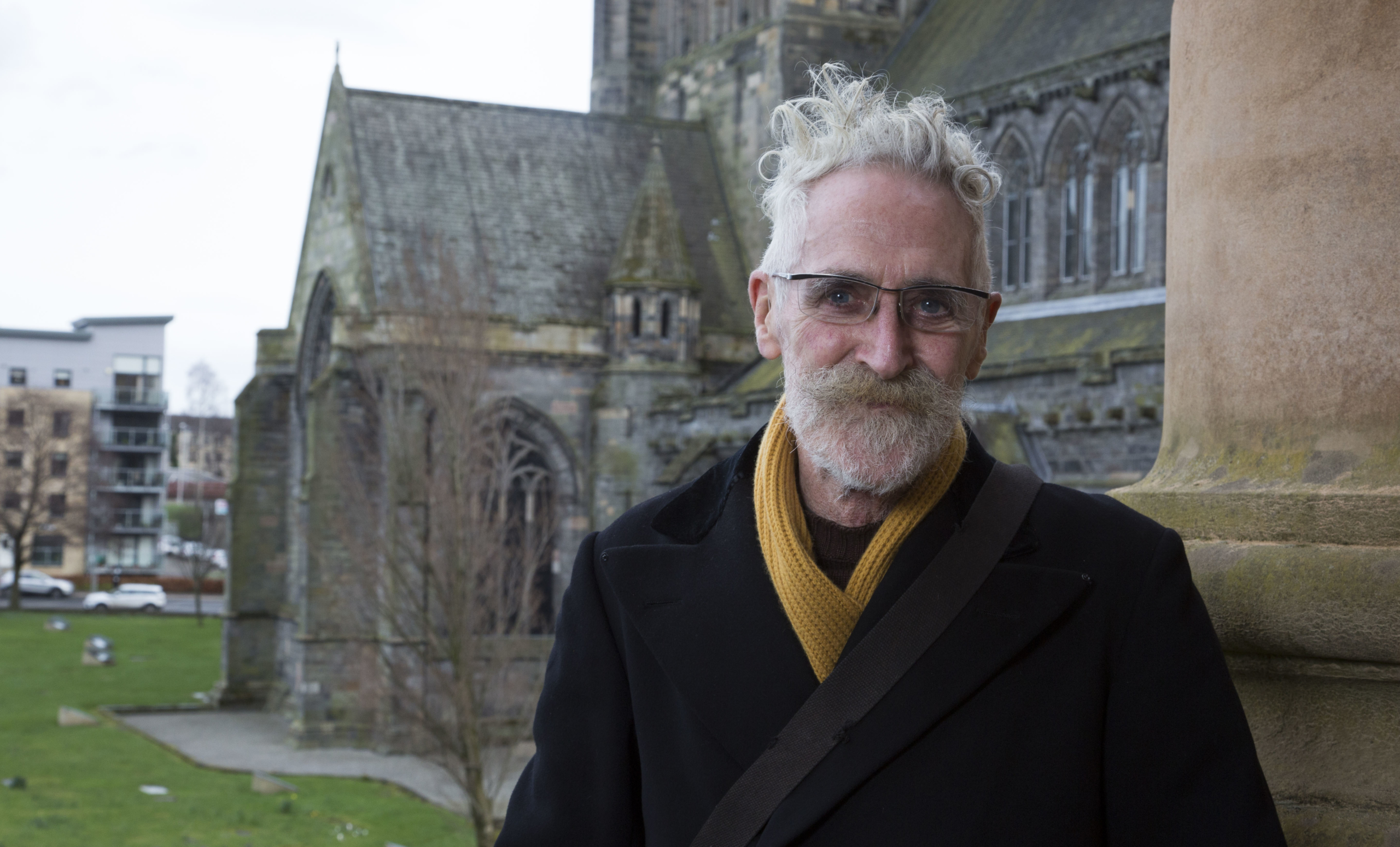 Legendary artist and playwright John Byrne is in line to receive his hometown’s highest honour – the Freedom of Renfrewshire.

Provost Lorraine Cameron has submitted a motion, which will be considered at this week’s council meeting, to give the award to one of Paisley’s favourite sons in recognition of his contribution to the area.

Playwright John Byrne revists Paisley Town Hall to back Paisleys 2012 bid for City of Culture.
Mark F Gibson / Gibson Digital
infogibsondigital@gmail.co.uk
www.gibsondigital.co.uk
All images © Gibson Digital 2016. Free first use only for editorial in connection with the commissioning client’s press-released story. All other rights are reserved. Use in any other context is expressly prohibited without prior permission.

The Freedom of Renfrewshire is an honorary title and is the highest civic honour that can be bestowed upon an individual or group. It has only been awarded five times previously.

John Byrne was born in Ferguslie Park in Paisley in 1940 and is best known for writing The Slab Boys Trilogy – a set of plays telling the story of young-working class Scots in Paisley and inspired by his own experiences working in Stoddard’s Carpet Factory in Elderslie.

Alongside being an accomplished writer of stage and screen, John Byrne is known for his distinctive painting style and continues to paint and exhibit new work regularly.

John returned to Paisley on Saturday 22 February to celebrate his 80th year as part of the inaugural Paisley Book Festival. The sold-out event in Paisley Arts Centre featured readings from his plays and live music.

He will also bring his new musical play, Underwood Lane, to Paisley Arts Centre from 25-28 June for its world premiere, in partnership with Renfrewshire Leisure and Tron Theatre. The play tells the tale of a young skiffle band trying to make it and is written in memory of John’s Paisley buddy, Gerry Rafferty, who was born and brought up on the street.

Underwood Lane is the last event to be held at Paisley Arts Centre before it closes for refurbishment and is supported by Future Paisley –  a programme of economic, social and physical regeneration building on the work already done to use Paisley’s internationally-significant culture and heritage story to change its future.

Provost Lorraine Cameron said: “John is a celebrated playwriter, painter, printmaker and theatre designer and has put Paisley on the map. He continues to be committed to our local community and is treasured by citizens of Ferguslie Park, past and present, as well as the wider Renfrewshire community and its civic leaders. I’m delighted to offer him this honour and thank him for the contribution he has made to Renfrewshire.”

Opposition party leader, Councillor Eddie Devine, who seconded the motion said: “I’m delighted to second Provost Cameron’s motion to award the Freedom of Renfrewshire to John Byrne, in recognition of his achievements and commitment to Renfrewshire. Throughout his successful career he has never forgotten his roots.”