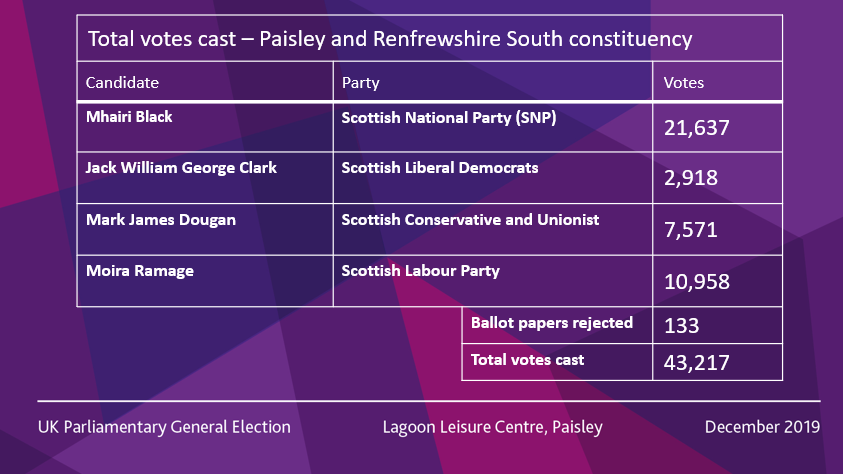 Gavin Newlands has been re-elected as MP for Paisley and Renfrewshire North. 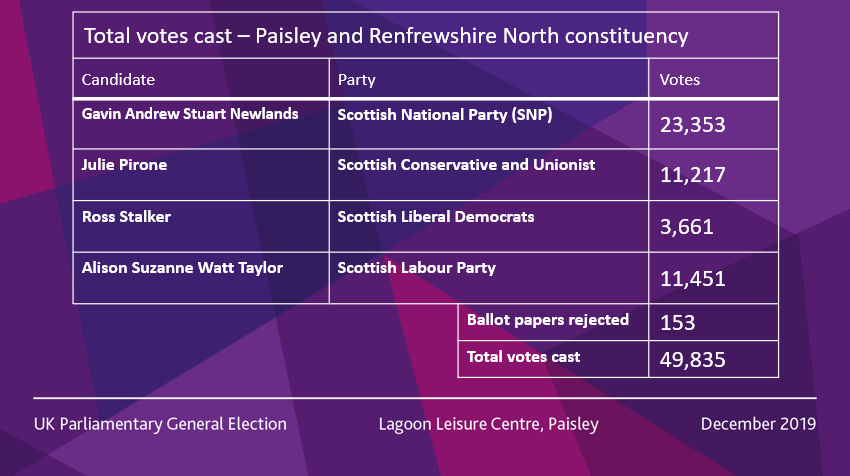 Mhairi Black has been re-elected as MP for Paisley and Renfrewshire South.

Returning Officer Sandra Black, Chief Executive of Renfrewshire Council, announced the results in the early hours of Friday 13 December at the Lagoon Leisure Centre in Paisley.

59 polling places containing 167 stations across Renfrewshire had been open from 7am until 10pm and included various venues such as schools, community centres, churches and a bowling club.