The award-winning Paisley Halloween Festival has scooped another top prize after it was named Best Cultural Event or Festival at the 2019/20 Scottish Thistle Awards West Scotland regional finals.

Organised by VisitScotland, the awards celebrate innovation, excellence and success in the Scottish hospitality and tourism sector. 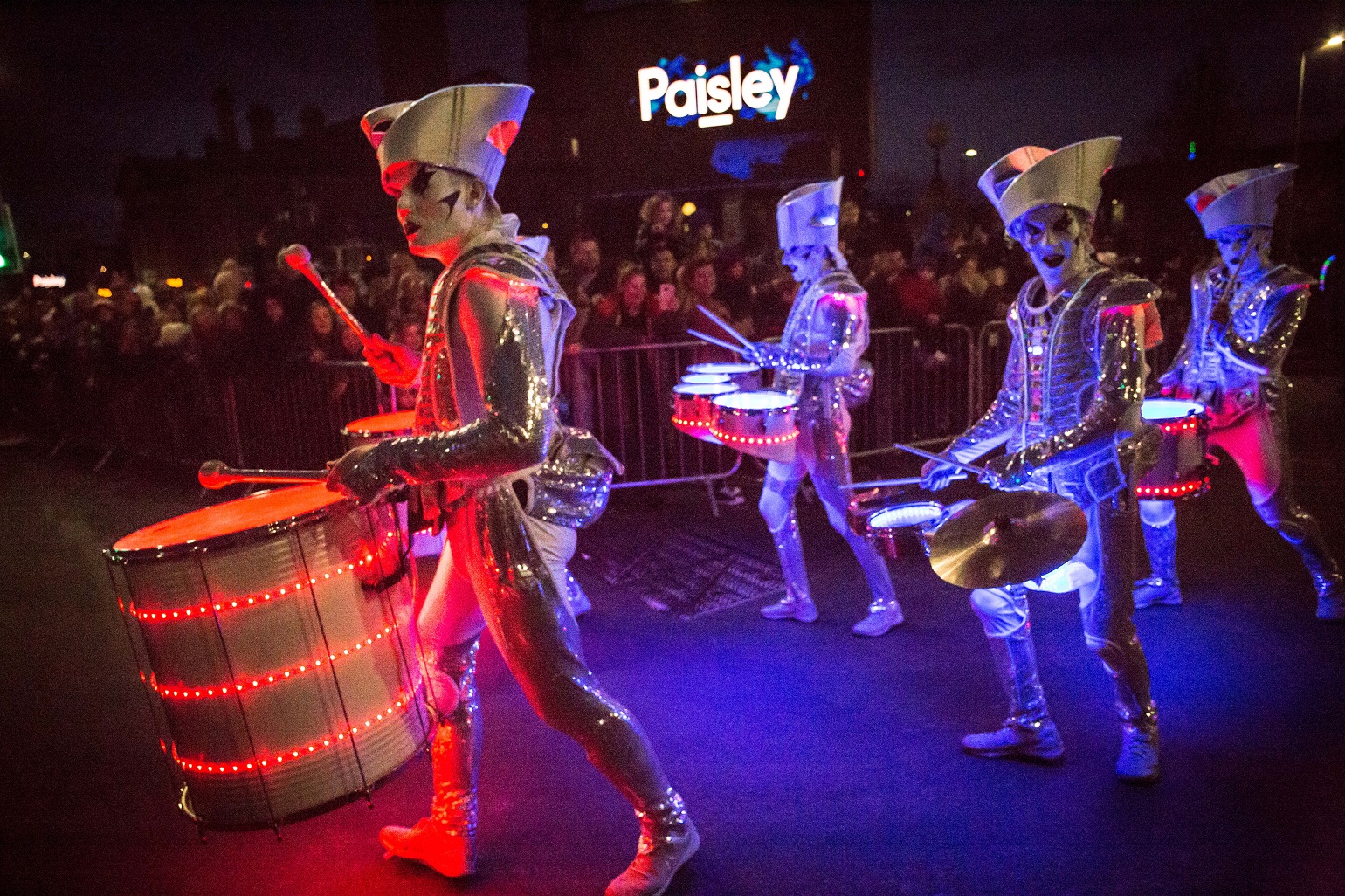 The popular event in Renfrewshire Council’s annual calendar picked up the award for its 2018 festival, which saw crowds of over 34,000 people flock to the town across two days to enjoy an action-packed programme of spectacular aerial performances, thrilling live acts and a Mardi-Gras style parade with more than 500 costumed performers.

Inspired by the town’s dark and deathly 17th century witch history, the enhanced theme of ‘Something Wicked this Way Comes’ thrilled visitors from all over Scotland.

The festival was also one of the major events as part of VisitScotland’s Year of Young People 2018 celebrations, with young people at the heart of the festival’s development and delivery. 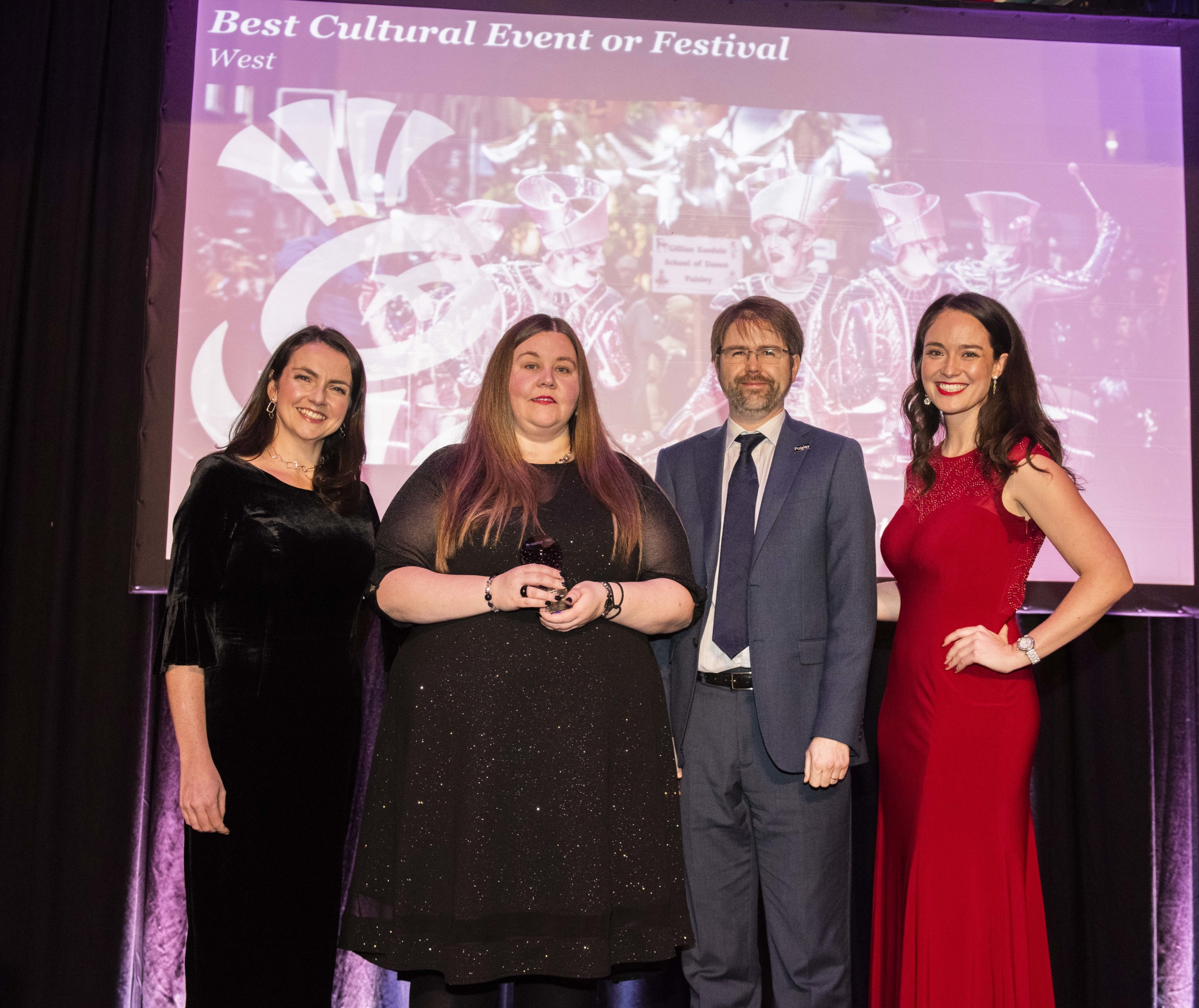 A 20-strong Youth Panel worked alongside Renfrewshire Council’s Events Team to design and deliver the programme, while more than 500 young people took part in a new creative learning programme. This provided young people with the opportunity to participate in all aspects of festival from performance to live event management and technical production.

Paisley Halloween Festival was among 15 winners in the regional finals for the west last week – including businesses and individuals from Greater Glasgow & The Clyde Valley, Ayrshire & Arran, Dumfries & Galloway and Argyll & Bute – and will now go on to the prestigious national final on March 5, 2020. 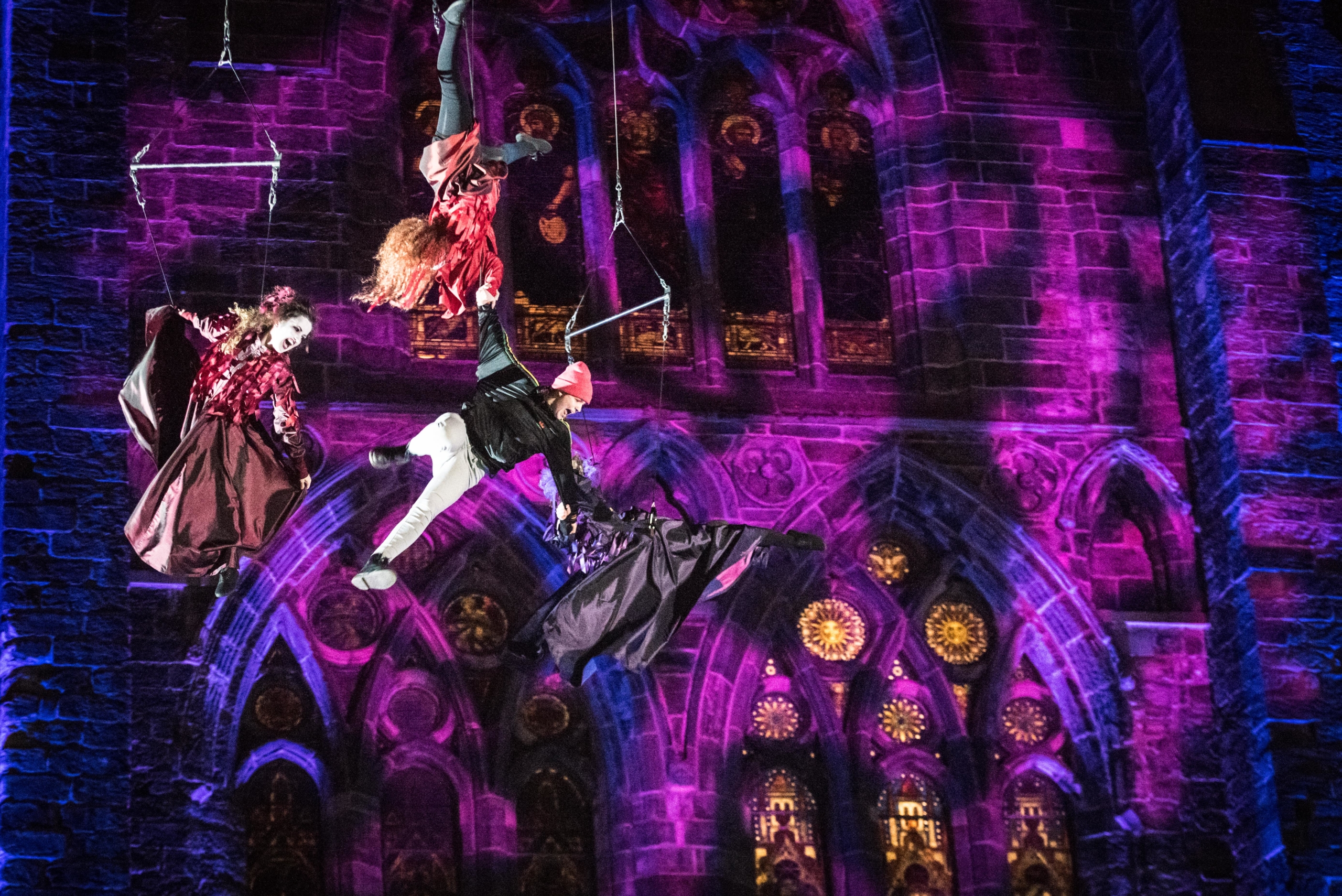 Louisa Mahon, Renfrewshire Council’s Head of Communications, Marketing and Events, said: “We are delighted that the Paisley Halloween Festival has been recognised alongside the very best of the Scottish tourism industry at the Scottish Thistle Awards west regional final.

“The festival continues to grow larger and more creative each year – and is now regarded as one of the biggest and best events of its kind in the UK. It has also helped to raise Paisley’s profile and cement the town’s reputation as a place to come and see world class cultural events.

“We look forward to taking our place alongside all of the outstanding regional finals winners at the national finals in March.”

Gordon Smith, VisitScotland Regional Director, said: “Congratulations to Renfrewshire Council on winning Best Cultural Event or Festival for Paisley Halloween Festival at the Scottish Thistle Awards regional finals. Taking over the streets of Paisley every Halloween, the Festival it has become one of the most hotly anticipated events in the region’s calendar, which this year welcomed record crowds and was supported by EventScotland’s National Events Fund. I wish the team the very best for the national finals in March.

“The Scottish Thistle Awards give businesses and individuals working within tourism in Scotland the opportunity to earn the recognition and appreciation they deserve from their own industry peers. They celebrate those people and businesses throughout the country responsible for offering the warmest of welcomes that Scotland is famous for.”

The Scottish Thistle Award marks a double celebration for the Paisley Halloween Festival after it won Best Festival or Outdoor Event at the EventIt E Awards in June.

The Paisley Halloween Festival is organised by Renfrewshire Council and the 2018 event was supported by the Year of Young People 2018 event fund managed by EventScotland, part of VisitScotland’s Events Directorate.

This year’s festival, which took place on Friday 25 and Saturday 26 October 2019, continued to grow with a Dark Circus theme delivered alongside internationally-acclaimed outdoor theatre specialists, Cirque Bijou, and saw the entire town centre transformed into a thrilling Halloween playground.

To find out more about the Paisley Halloween Festival, visit: https://paisley.is/featured_event/halloween/

For more information on the Scottish Thistle Awards, visit: https://www.scottishthistleawards.co.uk/