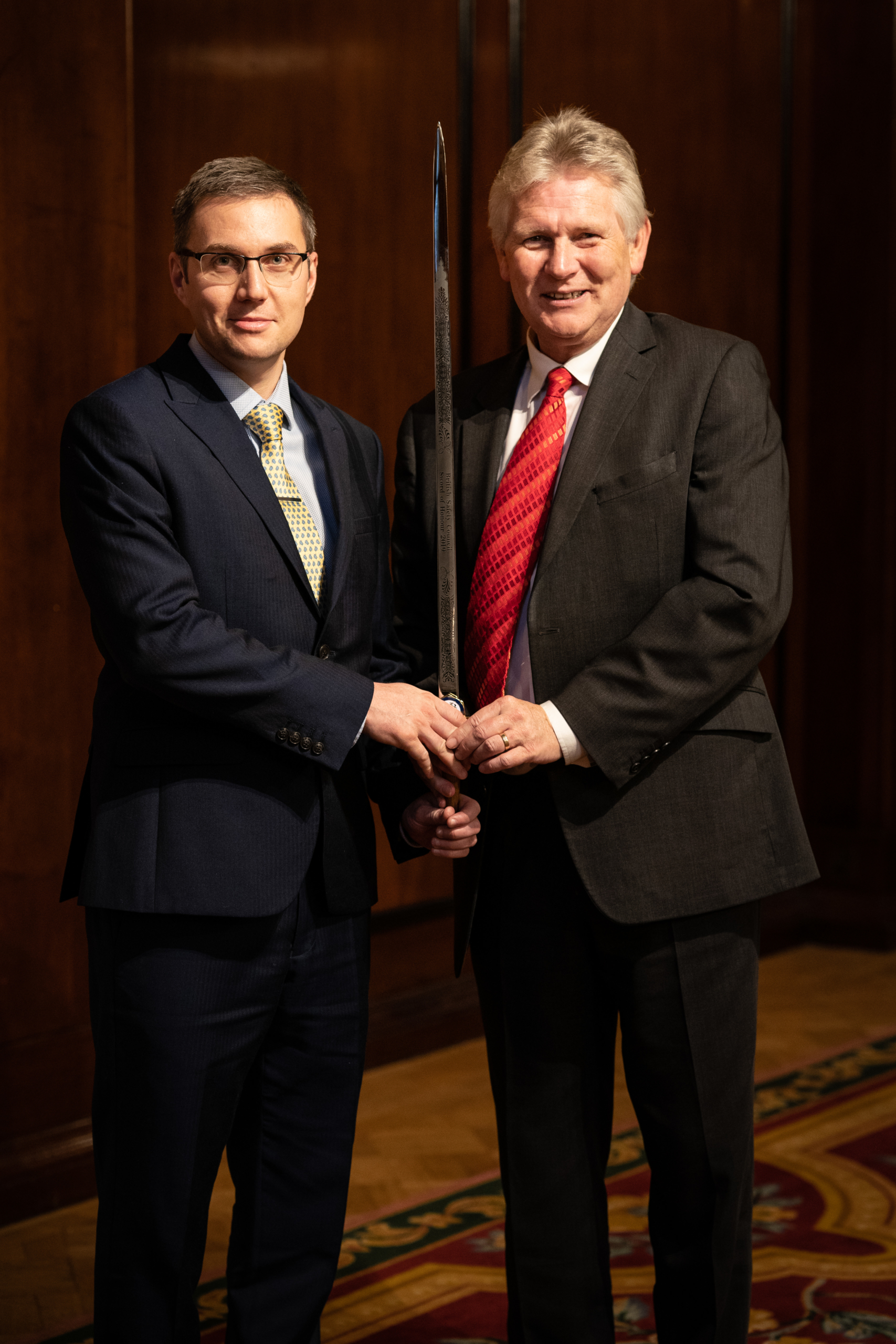 Glasgow Airport has won a prestigious Sword of Honour from the British Safety Council for the third time.

The airport was one of only 84 organisations worldwide to achieve a Sword of Honour, which is awarded to companies that have demonstrated excellence in the management of health and safety risks at work.

In order to compete for the Sword of Honour, organisations had to achieve the maximum five stars in the British Safety Council’s health and safety management audit scheme in the period August 2018 – July 2019.

Each organisation also demonstrated to an independent panel of experts that it had achieved excellence in health and safety management across the business. Glasgow Airport also one the Sword of Honour in 2013 and 2017.

Graeme Robertson, Glasgow Airport’s Health and Safety Manager, said: “We are extremely proud to receive what is now our third sword of honour as the management of the health, safety and wellbeing for our staff and customers is absolutely critical to our operations here at Glasgow Airport.

“We are honoured that our efforts have been recognised once again by the British Safety Council in the form of this prestigious award. This year is even more special for us as we were joined by our sister airport at Aberdeen, which was also successful in gaining the sword of honour.”

Lawrence Waterman, Chairman of the British Safety Council, said: “On behalf of the board of trustees and staff of the British Safety Council I would like to congratulate Glasgow Airport on achieving the very highest standards of health, safety and environmental management.  Excellence at this level is very hard won. We are proud to have supported the airport in its achievements.”

Mike Robinson, Chief Executive of the British Safety Council, added: “I would like to congratulate Glasgow Airport and its staff for their huge commitment to keeping their workplace safe and healthy and minimising risks to the environment from their organisations’ day-to-day activities.

“All of the Sword-winning organisations share a commitment and resolve in achieving the highest standards of health and safety management. We are delighted that they are partners in helping achieve our vision that no-one should be injured or made ill through their work.”

Glasgow News? Daily Updates part of our network
How Much Does It Take to Be A Cleaner?