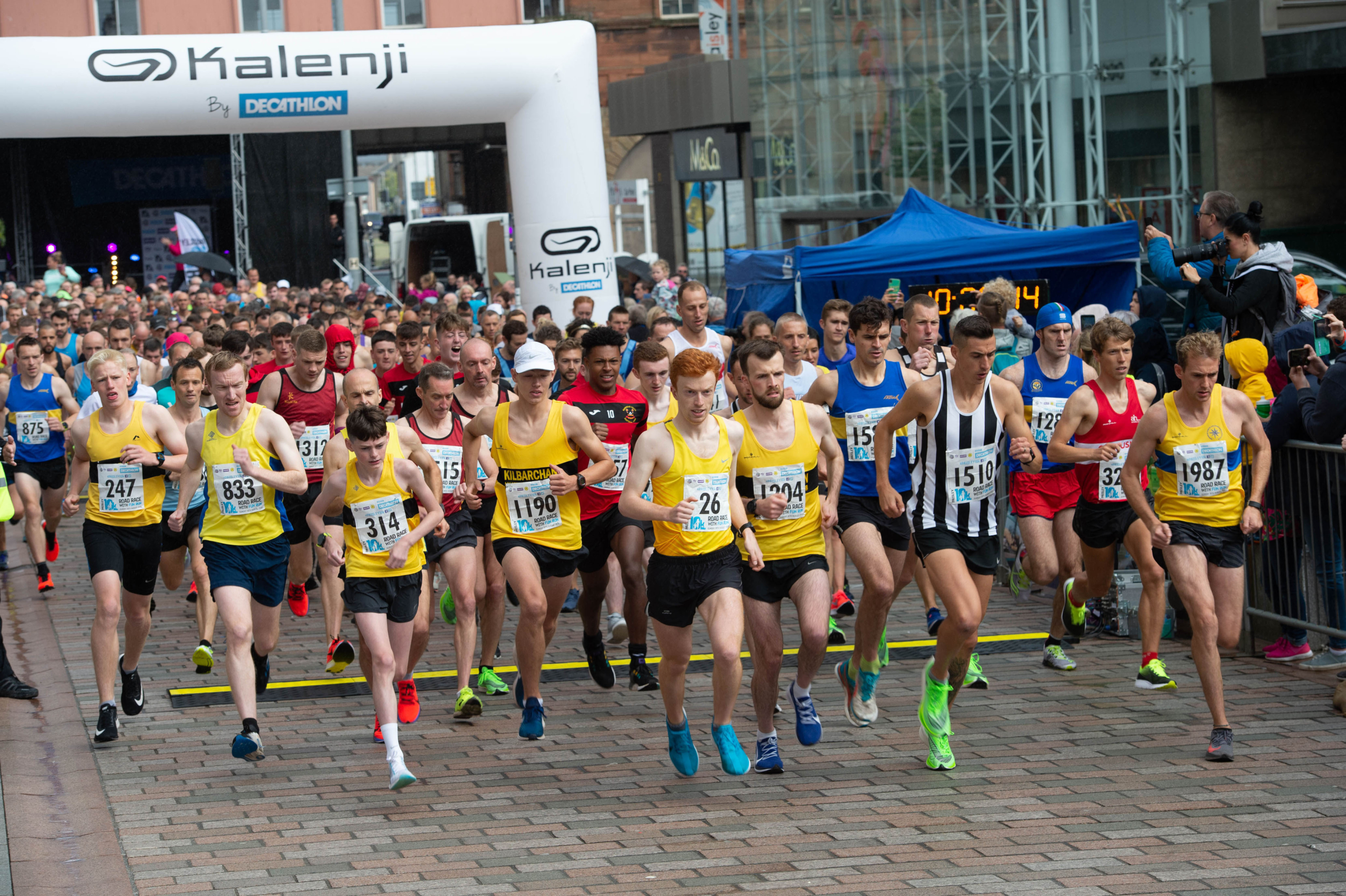 THE streets of Paisley were filled with thousands of runners (Sunday August 18) competing in the town’s annual 10k Road Race and Fun Run. 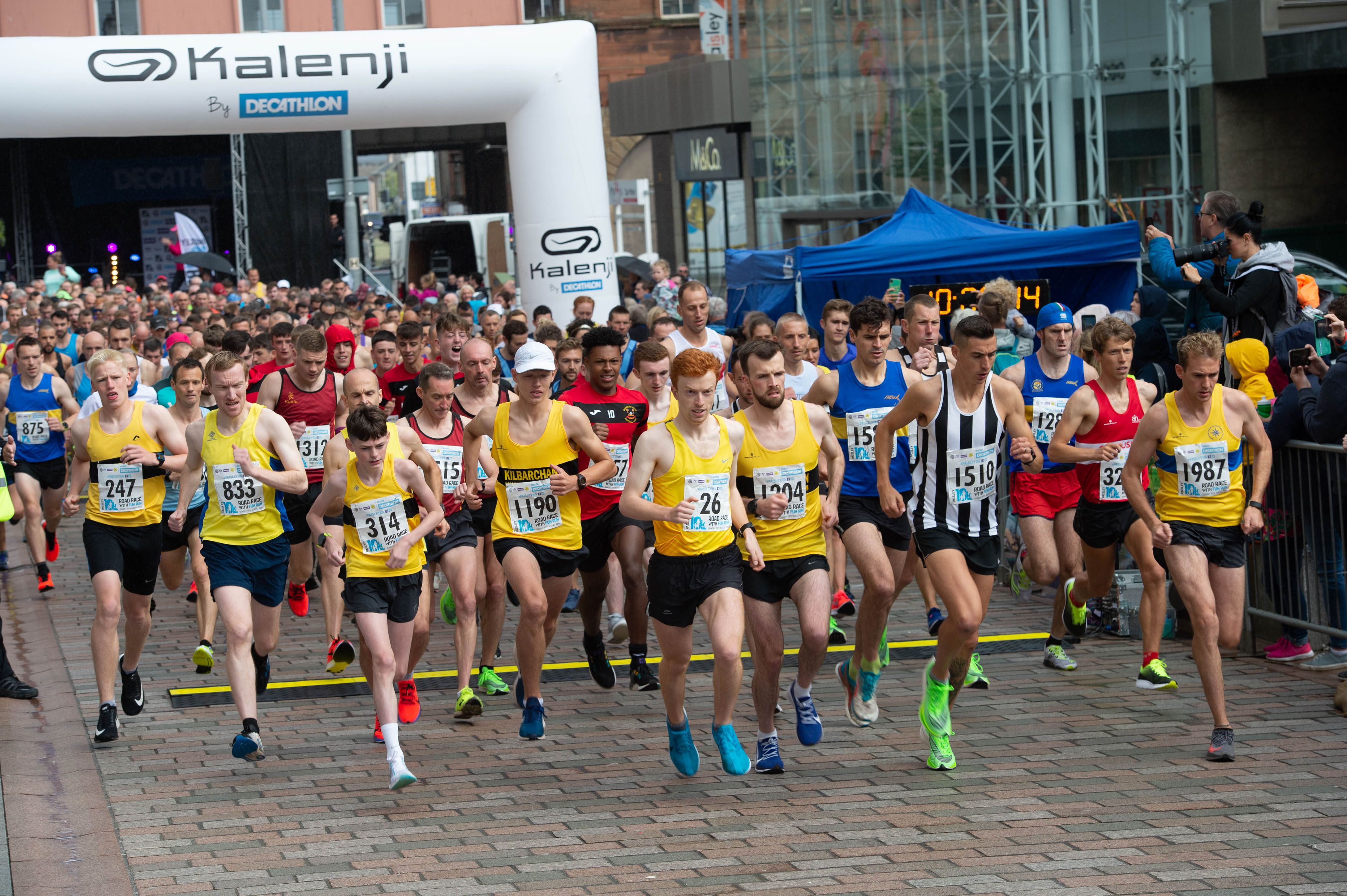 A total of 3431 runners took part in the two events, organised by Renfrewshire Leisure.
From serious athletes to fun runners in fancy dress, they pounded the streets around the town.

Both the Paisley 10k and Fun Run were sponsored by sports and outdoors retailer, Decathlon and this year’s official charity partner was the Armed Forces veterans’ charity, Erskine. 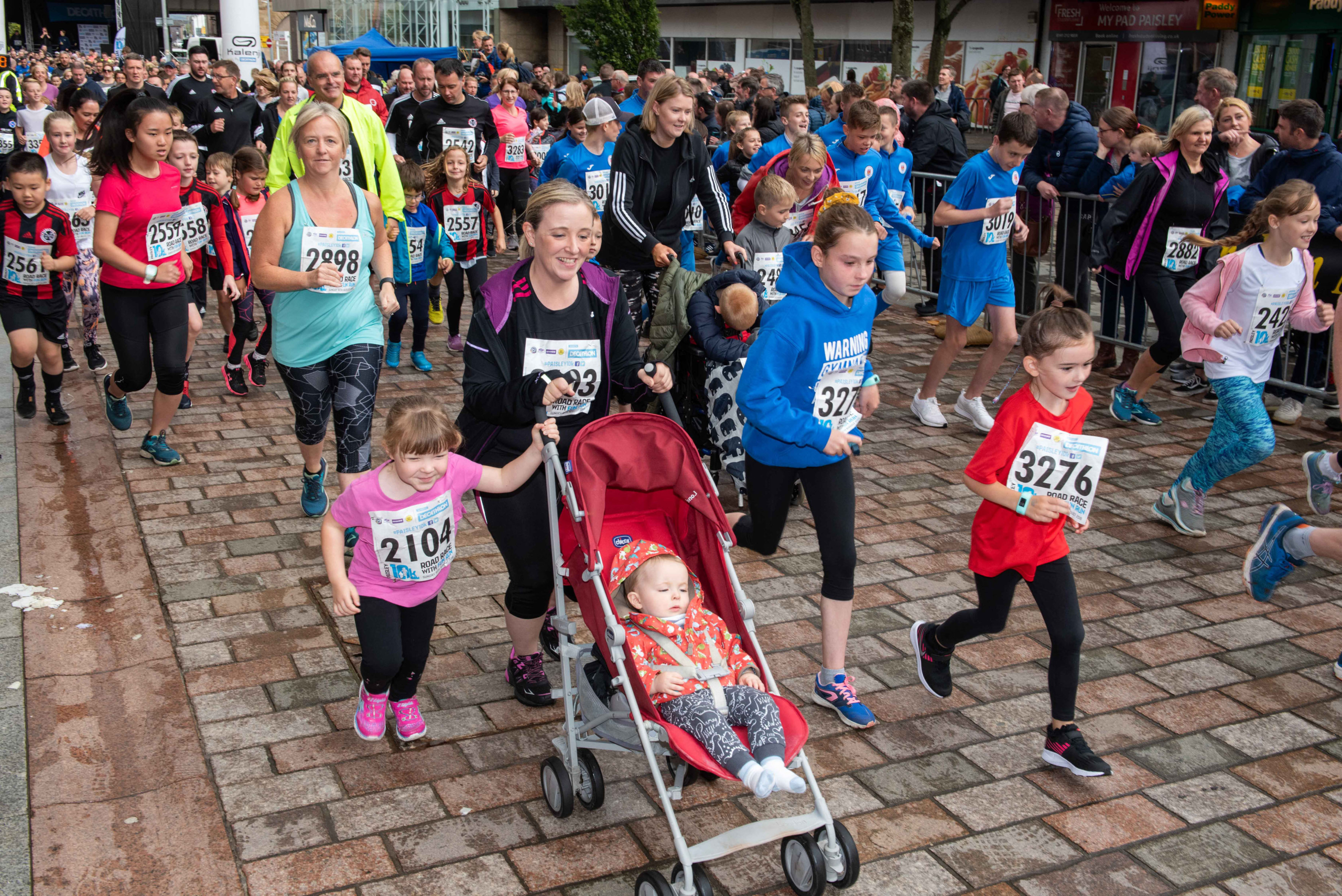 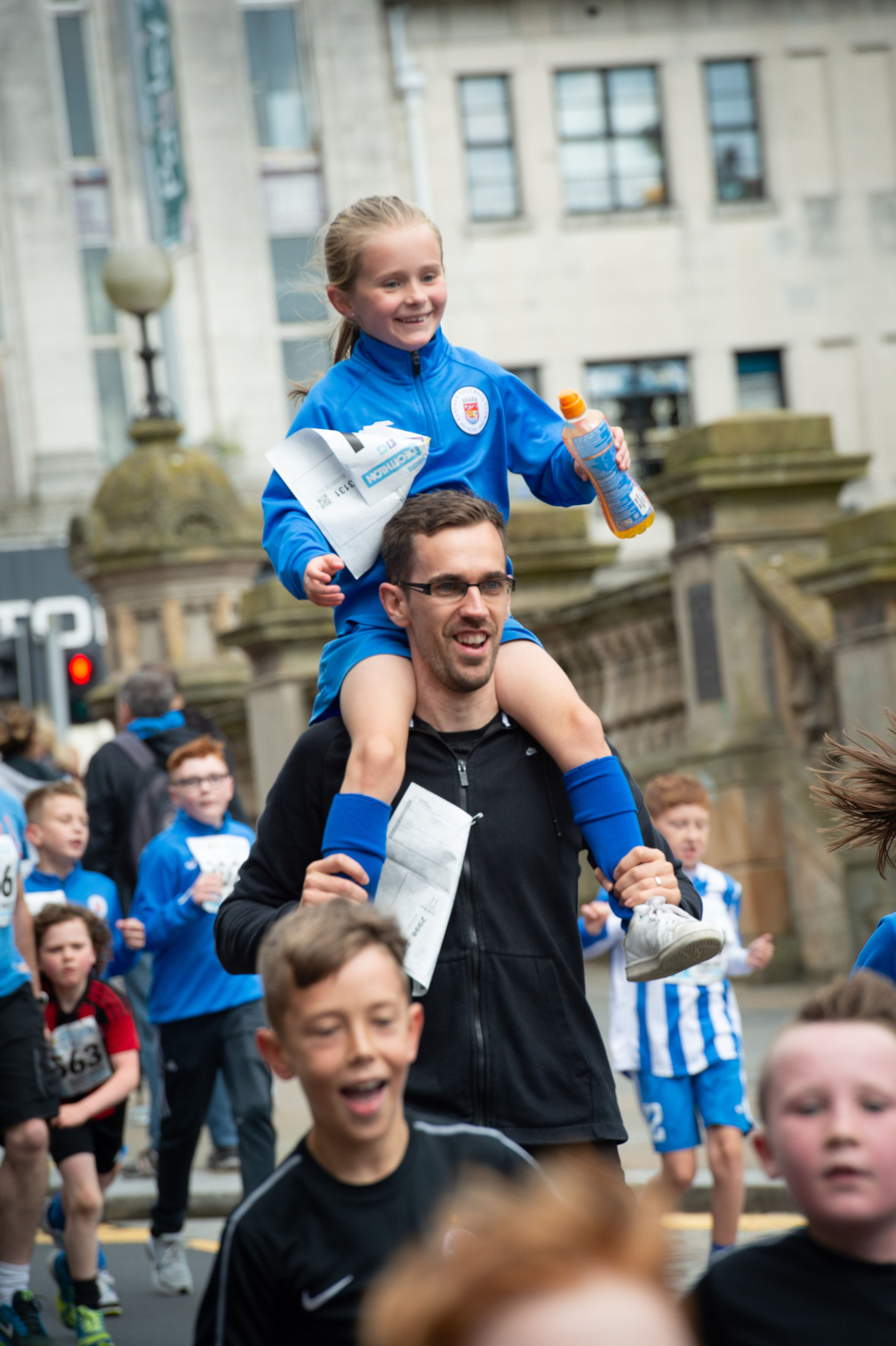 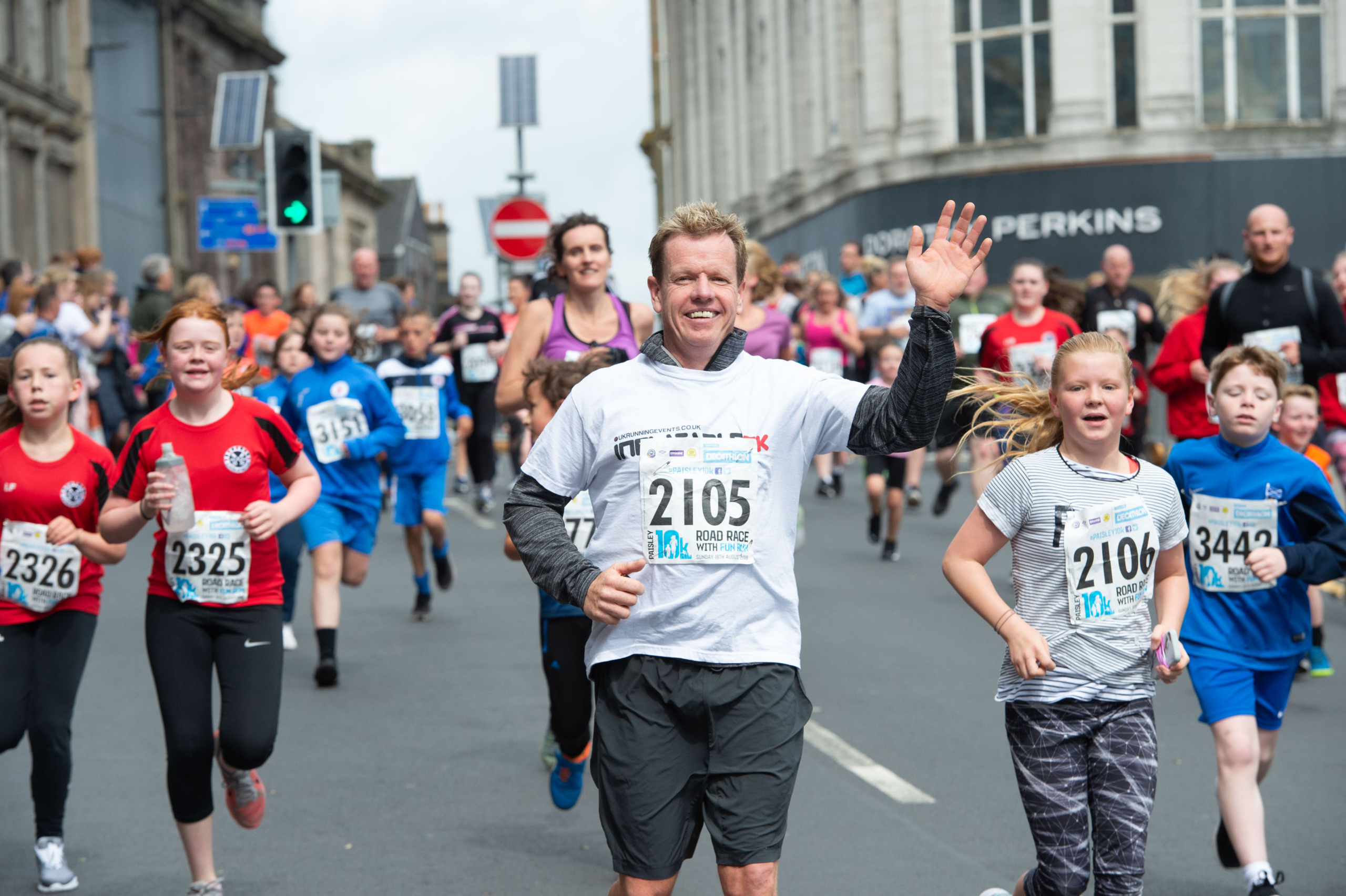 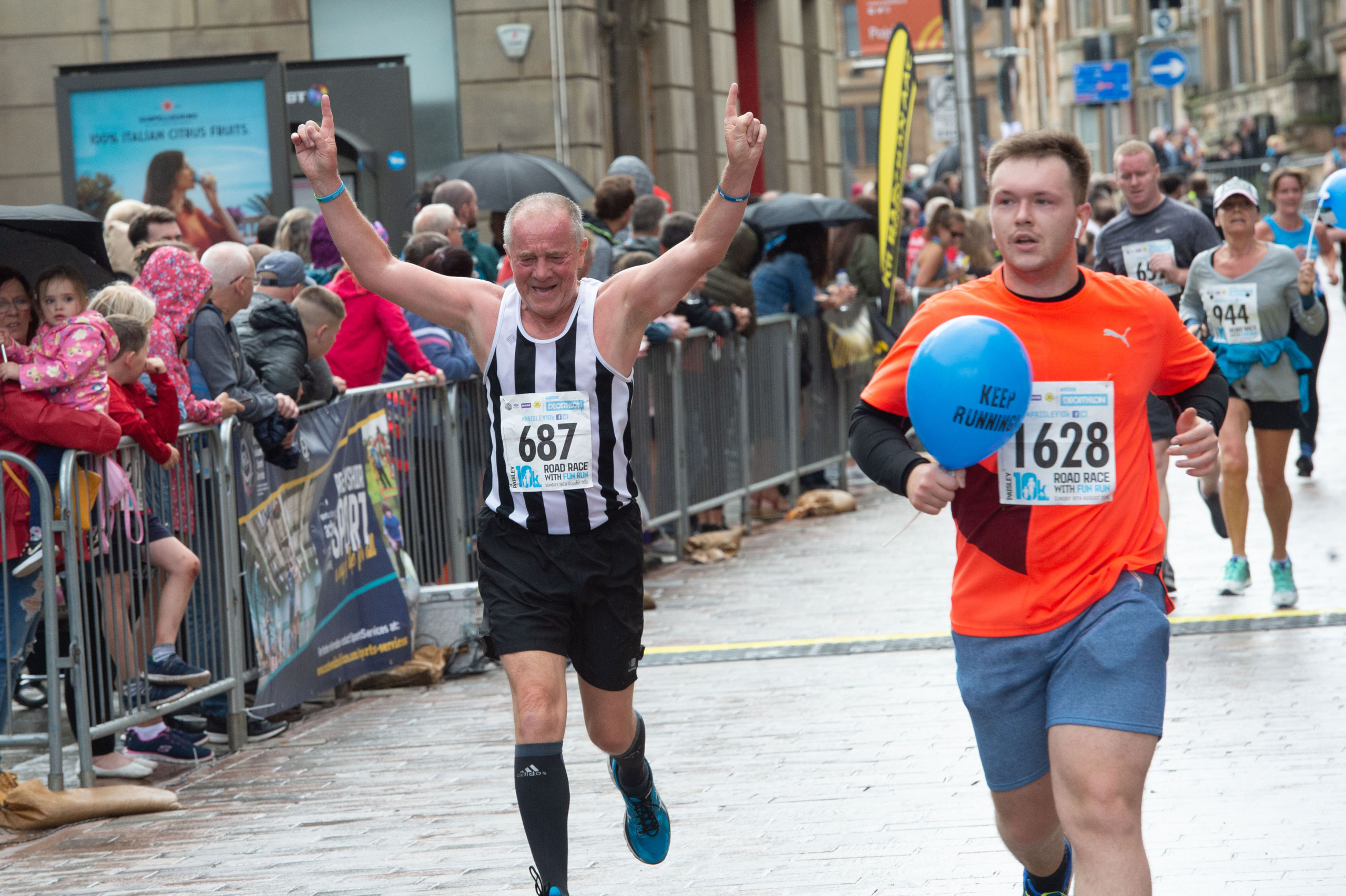 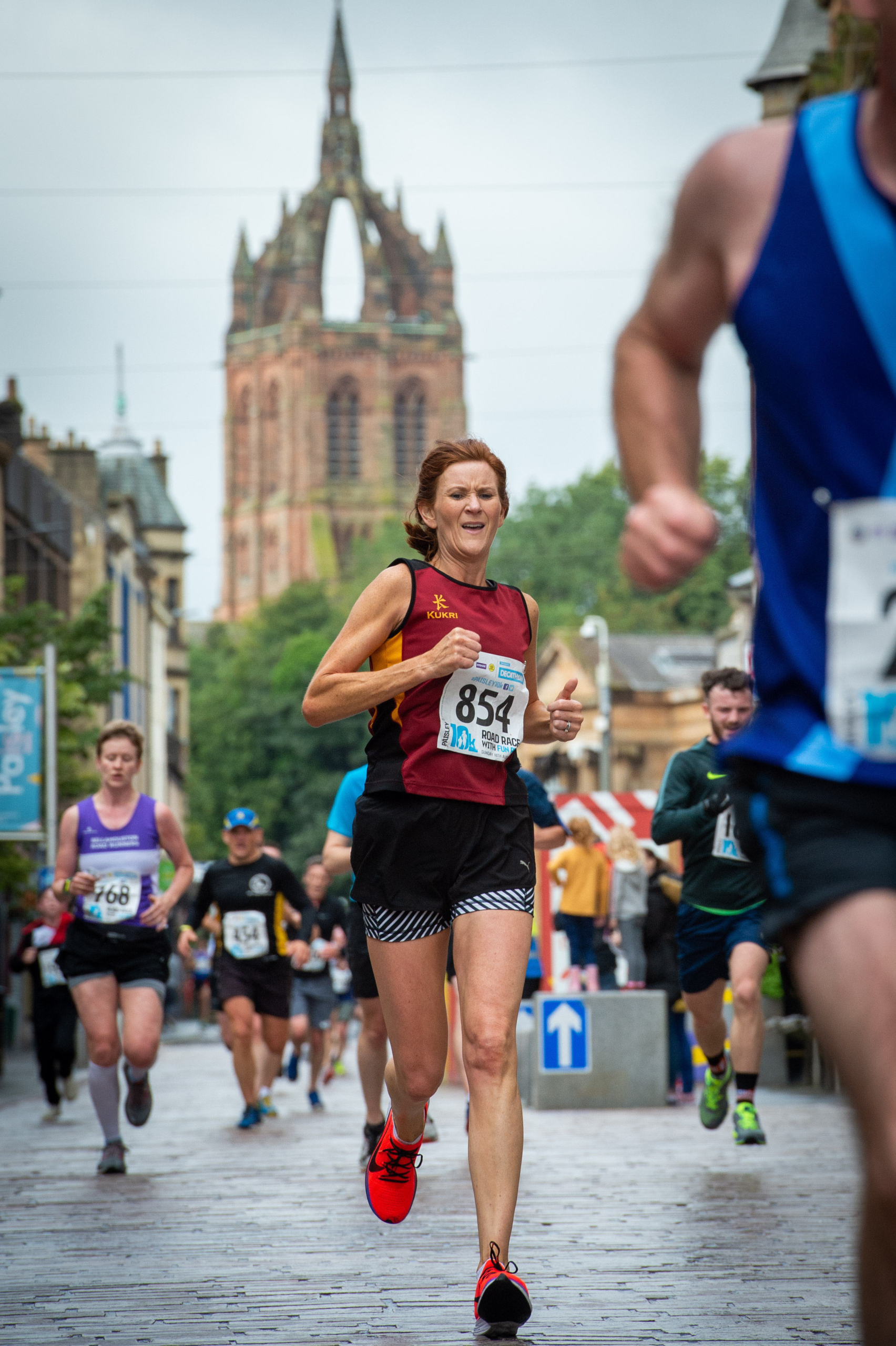 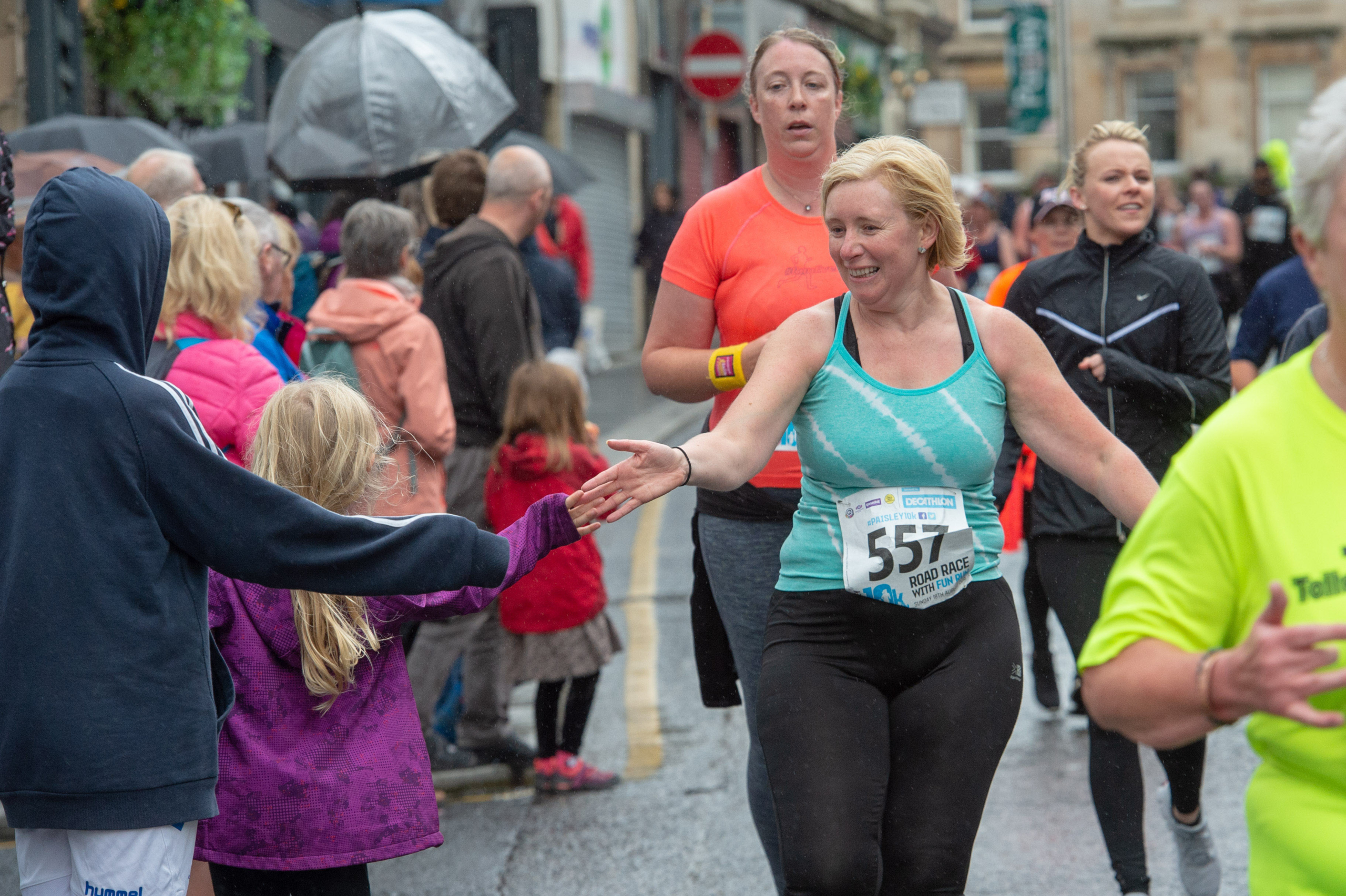 Many of the fun runners were also sponsored to raise much-needed funds for local charities, clubs and good causes with several entire football teams of youngsters taking part.

This year’s Paisley 10k race had more than £2000 in prize money up for grabs and trophies were presented to boys and girls fun run winners, aged seven and under, eight to 12 years old and 12 to 15 year olds. 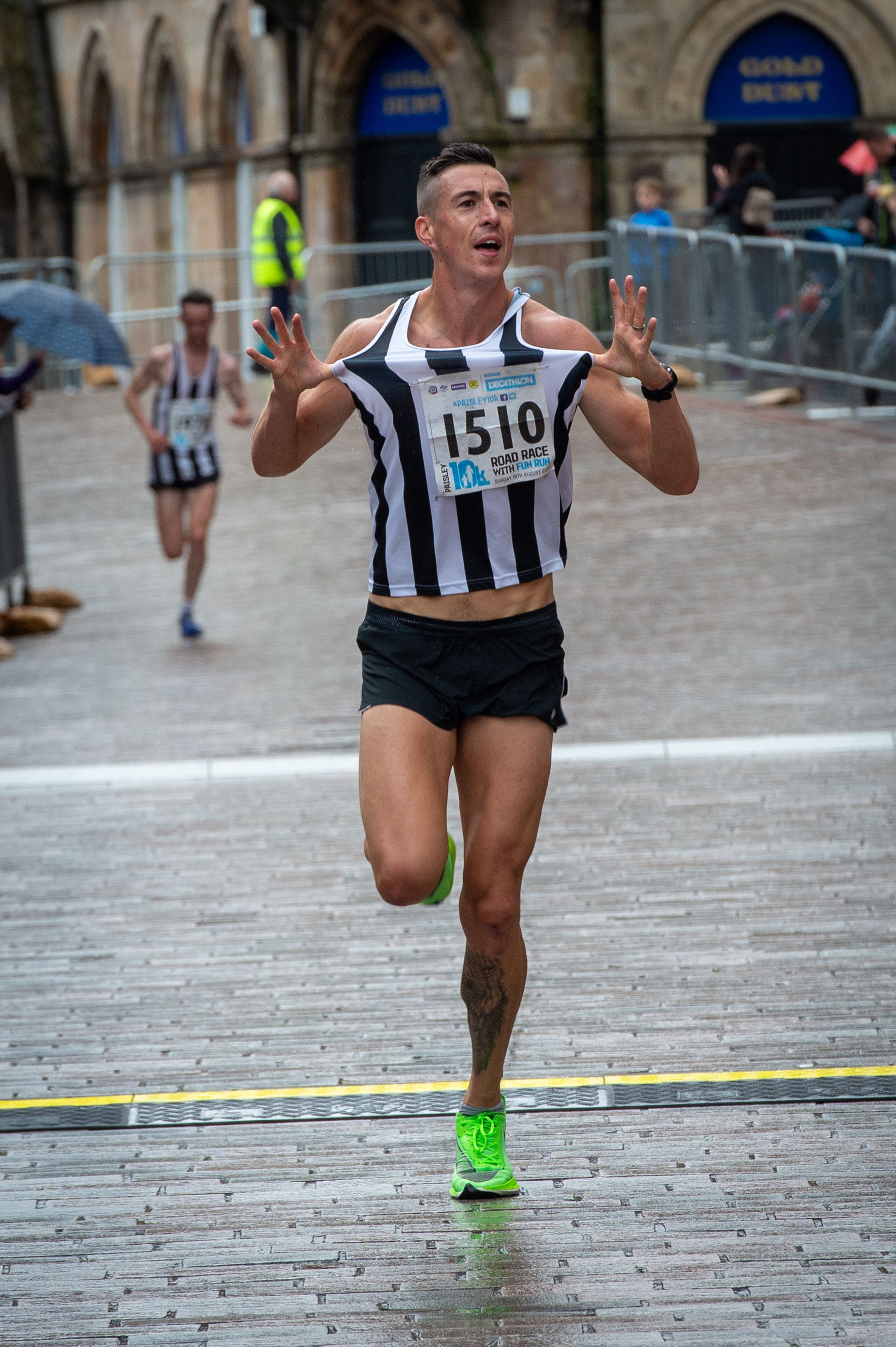 Chairperson of Renfrewshire Leisure, Councillor Lisa-Marie Hughes said: “Once again the Paisley 10k has attracted a high calibre of athlete along with hundreds of other runners who have been training hard for months.

“And it was great to see so many fun runners of all ages pounding the streets of Paisley with lots of money being raised for various charities and good causes.

“The event is a great day for everyone involved, especially the families who take part in the races, or come along to support the runners.”