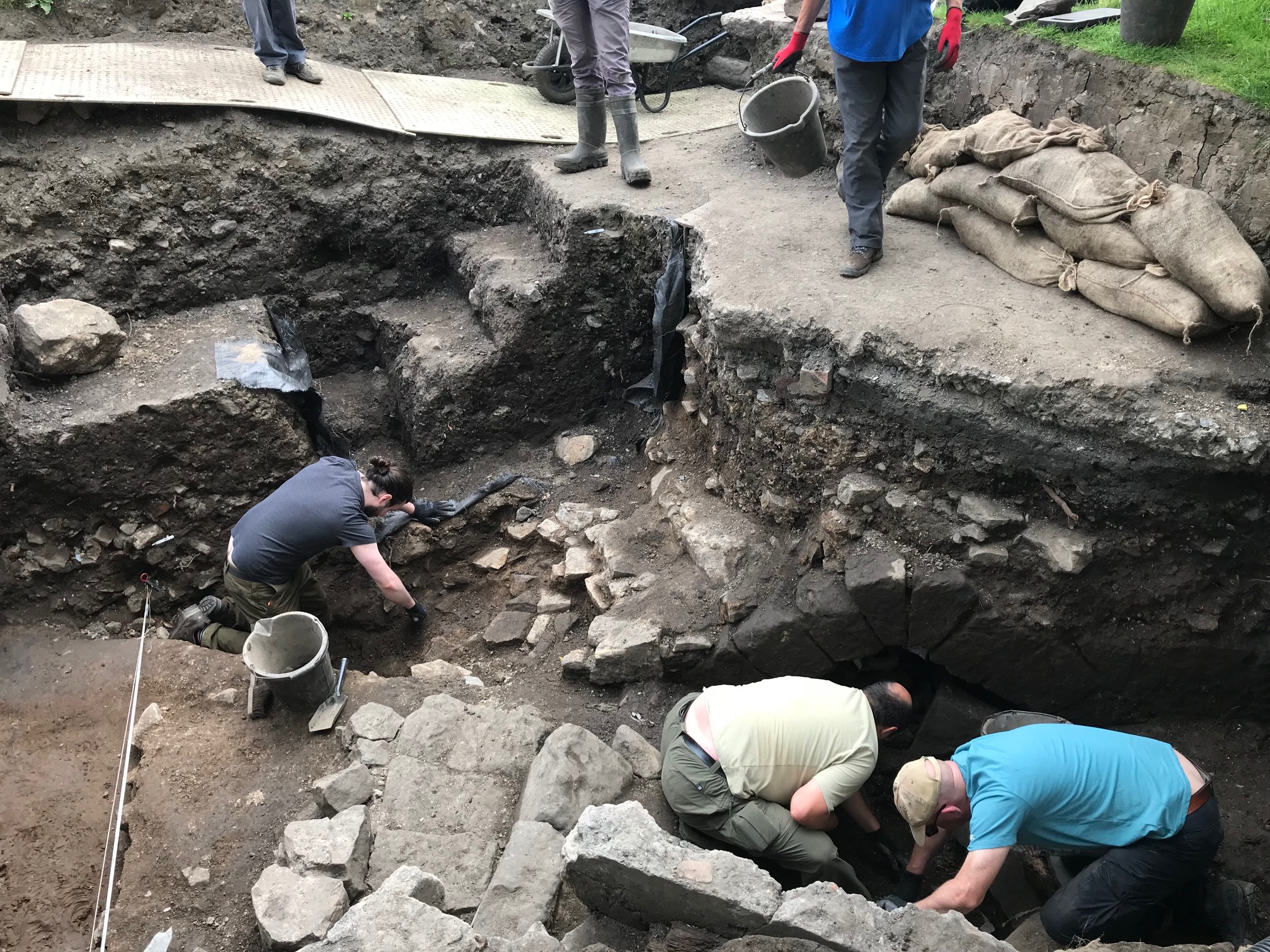 We already knew Scotland’s finest and best-preserved medieval tunnel lies buried beneath Paisley town centre – but the centuries-old mystery of where it ended had never been solved…until now.

A team of experts spent the summer excavating at Paisley’s Abbey Drain – and painstakingly uncovered a well-preserved 14th-century stone archway marking the exact point the drain and its contents once flowed into the River Cart.

They found the tunnel – believed to be around 100m long – ends around 3m from the banks of the present-day river, which would have been wider and shallower at the time the drain was built.

And while the find is now being covered up again, the discovery could help lead to a more permanent visitor attraction opening up access to the drain in the future.

More than 6,500 people visited the dig over the eight weeks, which also saw a strong community element, with volunteers from the local history forum taking part, and a series of events and seminars for residents and visitors.

Dig leader Bob Will of Guard Archaeology has described the condition of what the team found as ‘incredible’. He said: “We found more than I was expecting and it is really exciting. 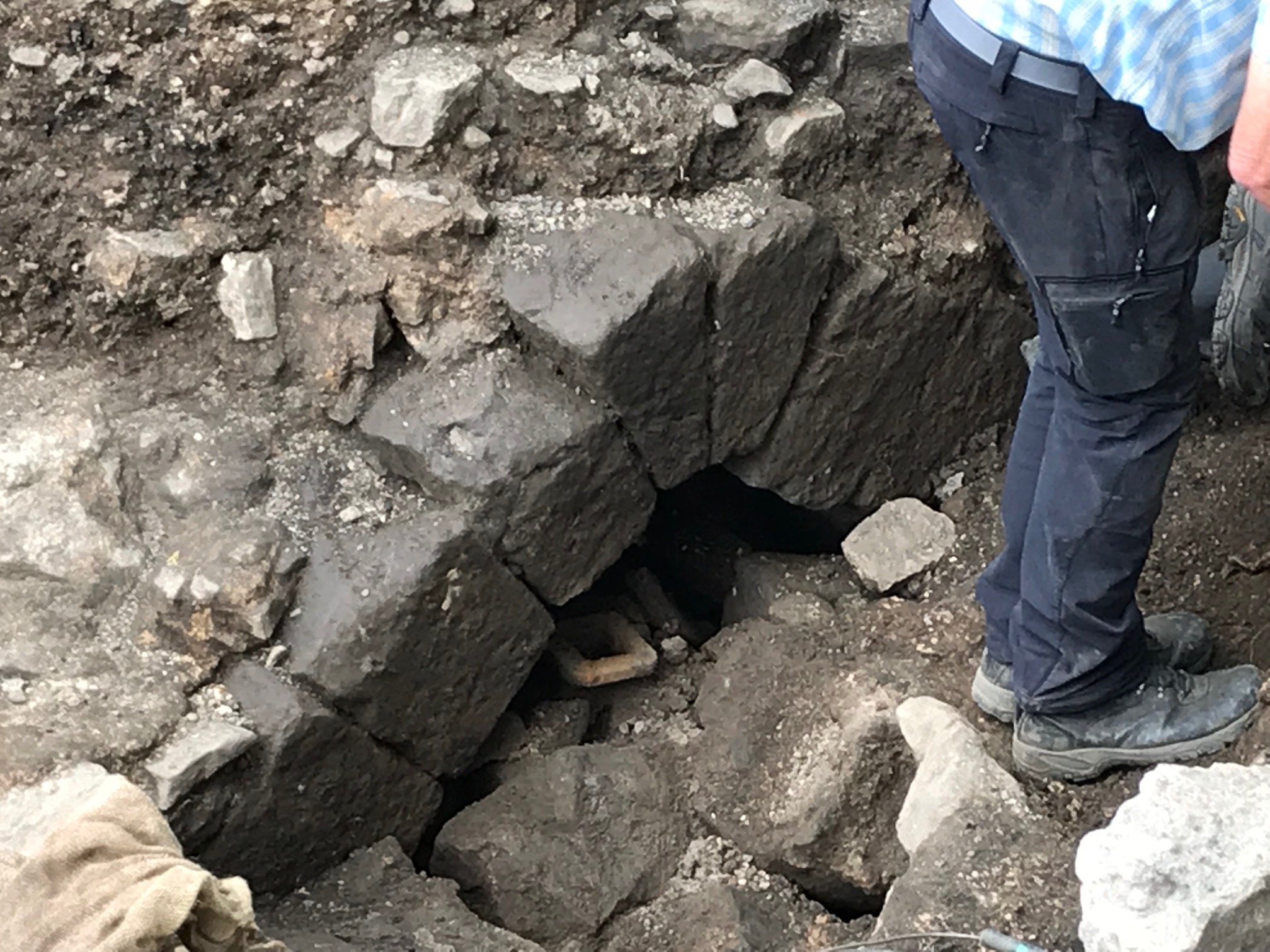 “We found the end of the drain and what was the boundary wall of the monastery. The river was wider and shallower in those days – much more than in the last couple of hundred years, as the walls now surrounding it are artificial.

“The main parts of the drain date back to the mid-14th-century and are incredibly well preserved. It goes as least as far as the road in front of Renfrewshire House.

“Often these types of drains are in rural areas not urban ones where there will have been pressure on the land above it – but considering the amount of buildings on that site over the centuries, the condition of the drain is quite incredible.”

The Abbey Drain has lain hidden for centuries until it was unexpectedly rediscovered in the 19th century, and in recent years, it has been periodically opened up for visitors.

There will be an opportunity for the public to put their names forward for a ballot to go inside it during this year’s Doors Open Day in September.

And Bob believes the finds of the past few weeks could help the development of a more permanent attraction opening up a greater degree of public access to the drain.

He said: “What we have uncovered has helped us see what could be done with any future excavation. We now know much more about the medieval ground levels and have a good idea where some of the monastery buildings were.

“Ideally there would be more permanent access to the drain at some point in the future and what we’ve uncovered here makes that much more feasible.”

Renfrewshire Council leader Iain Nicolson added: “Paisley is already on the map as a key visitor destination within Scotland and we are already delivering on ambitious plans to use our unique heritage to drive new footfall to the town centre.

“We would be keen to explore any opportunities to build on that by opening up more permanent access to the Abbey Drain at some point in the future – and the findings of the Big Dig mean we now know more than ever about this incredible feature beneath the town centre.

“The Big Dig was a really great community project which has created a lot of interest in Paisley town centre and its history over the past couple of months.

“We would like to thank our funders for helping make it happen, and all who have been involved in the projects – particularly the local volunteers who came out in all weathers to take part.”

Over the course of the Big Dig, the following community benefits were delivered:

– 120 Primary school children from across Renfrewshire visited the Big Dig to learn about their local heritage and archaeology;

Glasgow News? Daily Updates part of our network
A quick guide to finding the best mortgage

Tips For What To Wear To A Wedding
Scroll to top