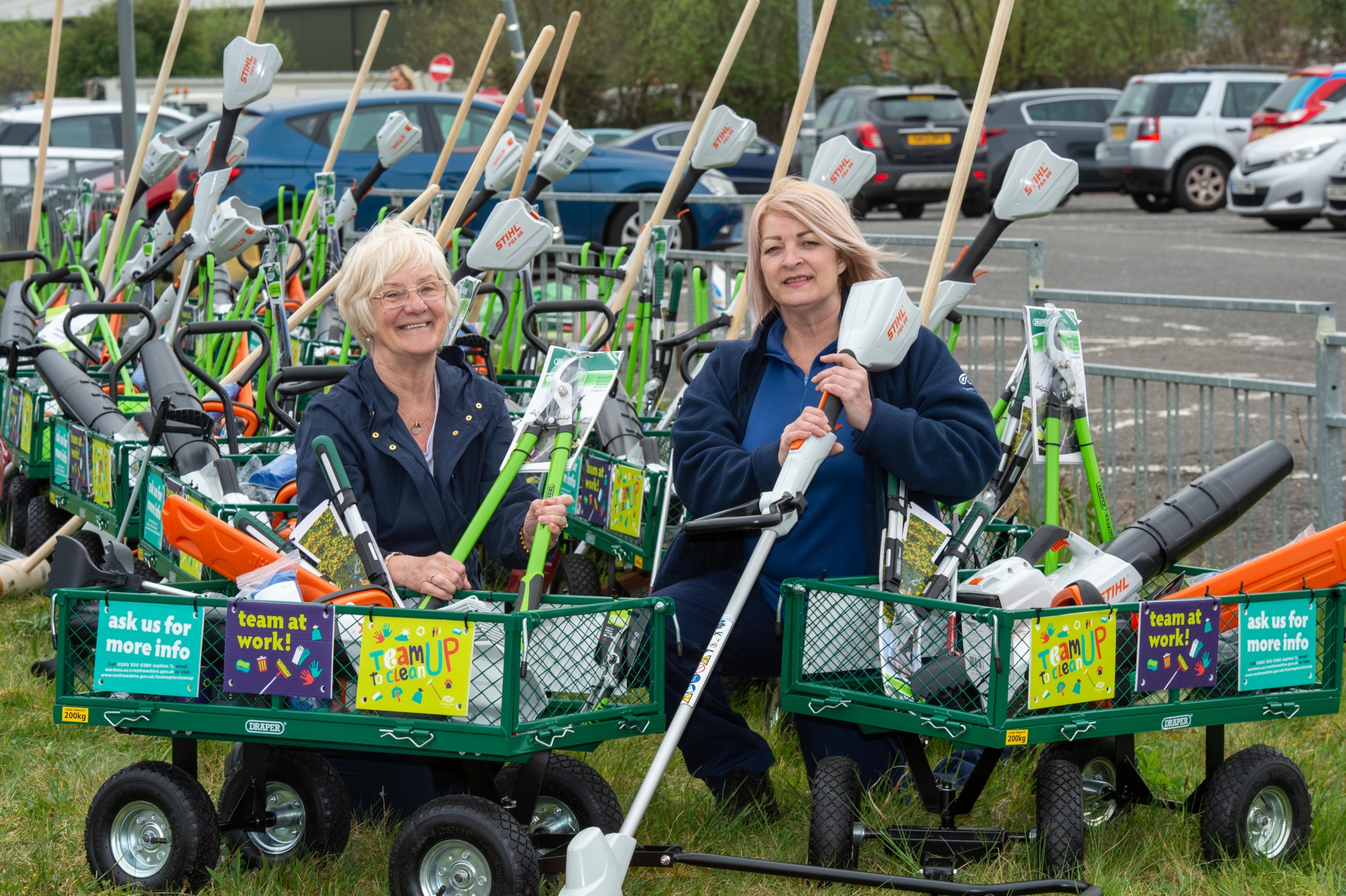 Communities across Renfrewshire can now tidy, trim and transform their local area thanks to new caddies provided as part of Renfrewshire Council’s Team Up to Clean Up campaign. 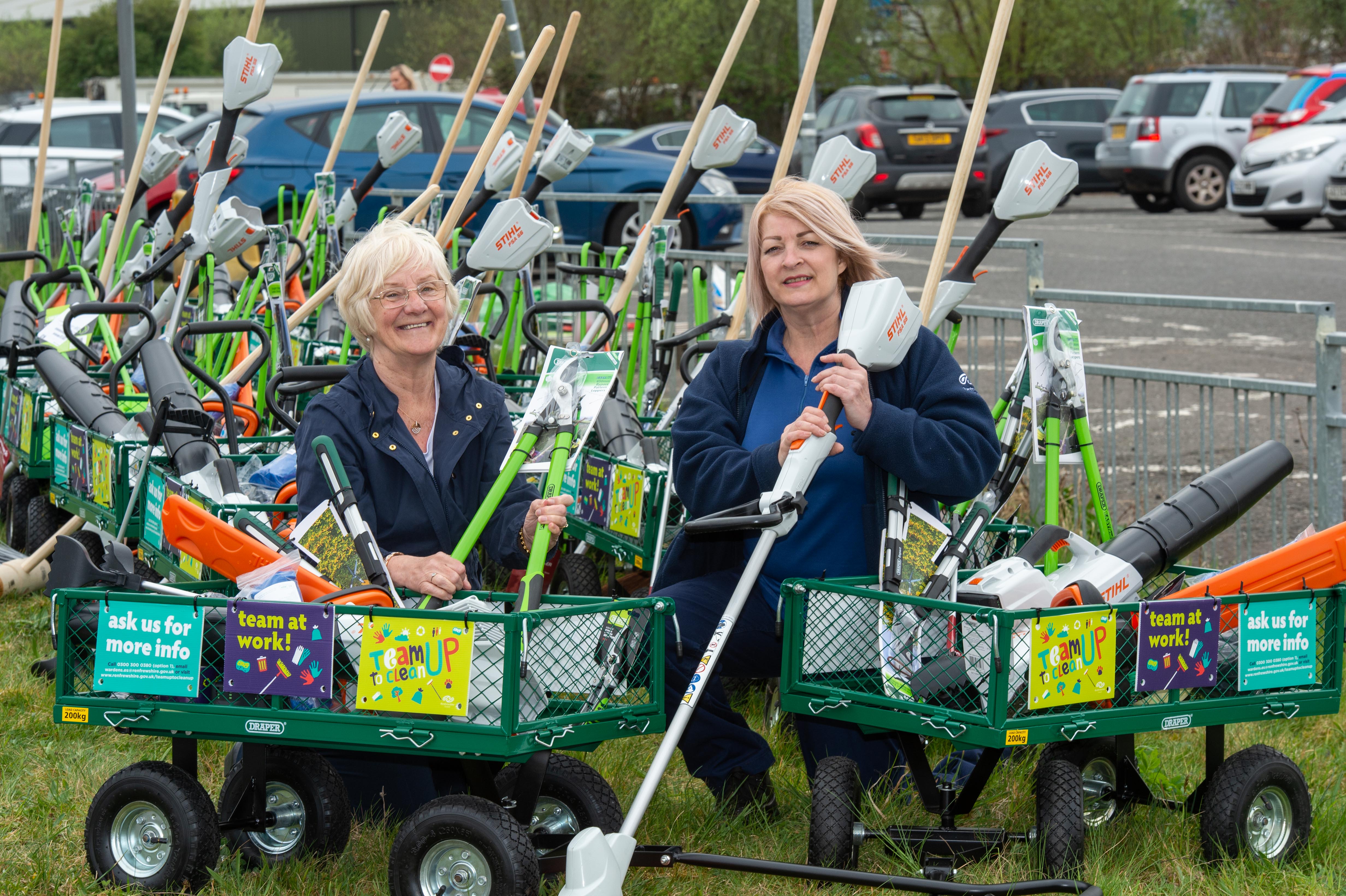 Created by volunteer and Senior Warden Gail Scoular, the caddies give equipment to local groups and volunteers to allow them to carry out work which will make a difference to their neighbourhood.

A total of 12 caddies will be given out to local groups and volunteers across Renfrewshire to keep, although all residents are invited to get in touch with the Wardens Service to borrow the equipment for any work they’re carrying out in the community.

The caddies contain a variety of items, including a litter picker, strimmer, hedge trimmer, leaf blower, trowels, shears and more, which will give local people the ability to transform their neighbourhoods.

Councillor Cathy McEwan, Convener of Renfrewshire Council’s Infrastructure, Land and Environment Policy Board, said: “What a brilliant idea which has come to fruition through the Lens programme. 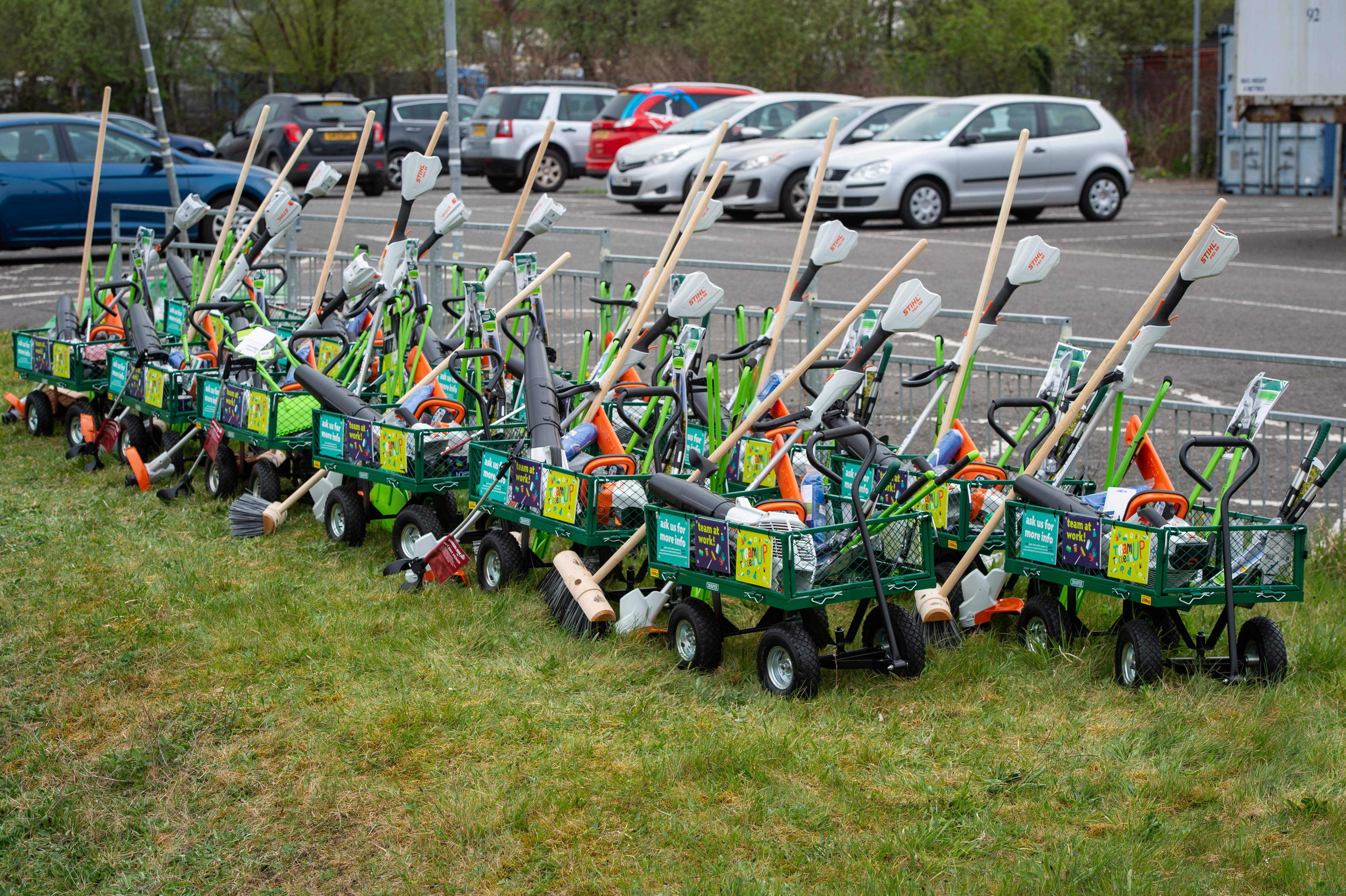 “Thanks to Gail, these caddies will give people the opportunity to change their local area without having to buy new equipment and it will make a real difference to the look of our towns and villages.

“That little area of the community that you’ve always wanted to tidy can now happen with this new equipment and we’ll work with you to assist as a council too.

“There’s a caddy available to use in almost every community and anyone can borrow the equipment from the groups that have that are looking after them, so get in touch and get out there!”

The caddies were developed after Gail pitched her idea to the council’s intrapreneurship programme, The Lens, which rewards innovative projects that employees feel would benefit the local area – with fellow employees forming the judging panel to choose the winning projects from the shortlist.

The pitch impressed the judges and Gail won £12,000 in funding to create the caddies which are being given to active local groups and volunteers, although anyone is encouraged to get in touch to borrow the equipment for a local project.

Gail said: “I’ve been cleaning up my community as a volunteer for years but I didn’t have the tools to do as much as I would have liked, which is where the idea for the caddies came from.

“I’ve always wanted to make the area I live in a nicer, more attractive place for my family, my friends and my neighbours and these caddies will give people the chance to go out and change any place that’s become a bit overgrown or is in need of some TLC.

“They are for everyone, not just the groups who are keeping them in the community, and I hope people from across Renfrewshire get in touch to borrow the equipment and we see all areas becoming a little bit tidier.”

The Team Up to Clean Up campaign has benefited from a £2.5million investment in Renfrewshire’s local environment which has seen an increased programme of road sweeping, drain clearing, litter picking and an enhanced Rapid Response Team.

The investment has also facilitated local communities to undertake litter picks by providing them with gloves, litter pickers, bags and hoops, as well as the support of the council’s Wardens Service and StreetScene team who remove all rubbish following the completion of the litter pick.

For more information on the Team Up to Clean Up caddies, visit www.renfrewshire.gov.uk/teamupcaddies.

Glasgow News? Daily Updates part of our network
6 Trends That Will Reshape the Car Leasing Industry