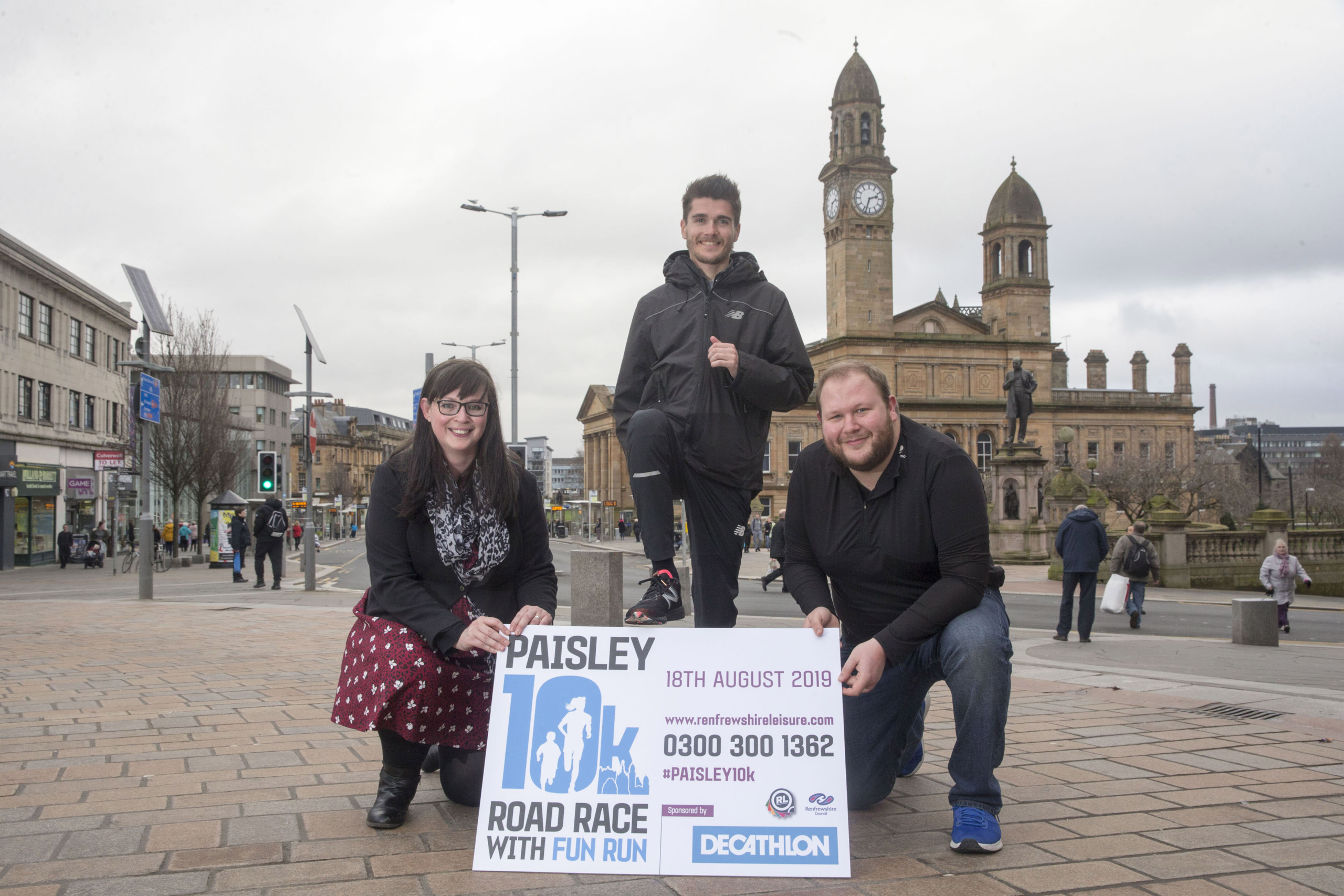 OLYMPIC running star Callum Hawkins got off his marks yesterday to launch this year’s Paisley 10k Race and Fun Run.

And he’s urging people to sign up for the popular event – sponsored by sports and outdoors retailer Decathlon – taking place on Sunday, August 18. 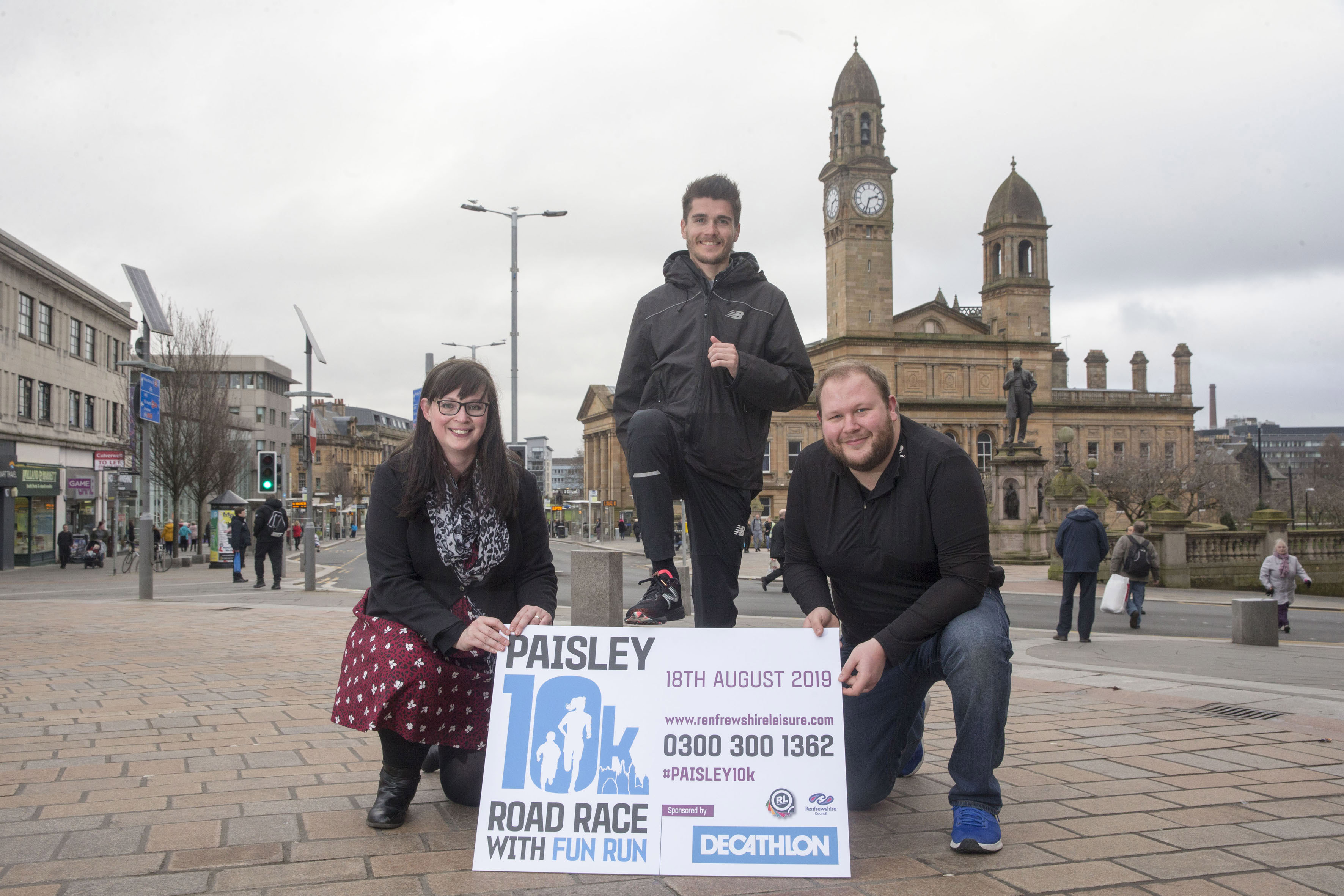 Last year, almost 3500 people took part in both the Paisley 10k and shorter Fun Run through the streets of the town.

Many of the runners were taking part in the events organised by Renfrewshire Leisure to raise tens of thousands of pounds for their favourite charities and good causes.

This year, there is more than £2000 in prize money up for grabs in the 10k race and trophies for the both boys and girls fun runners who are aged seven and under, eight to 12 years old and 12 to 15 year olds. 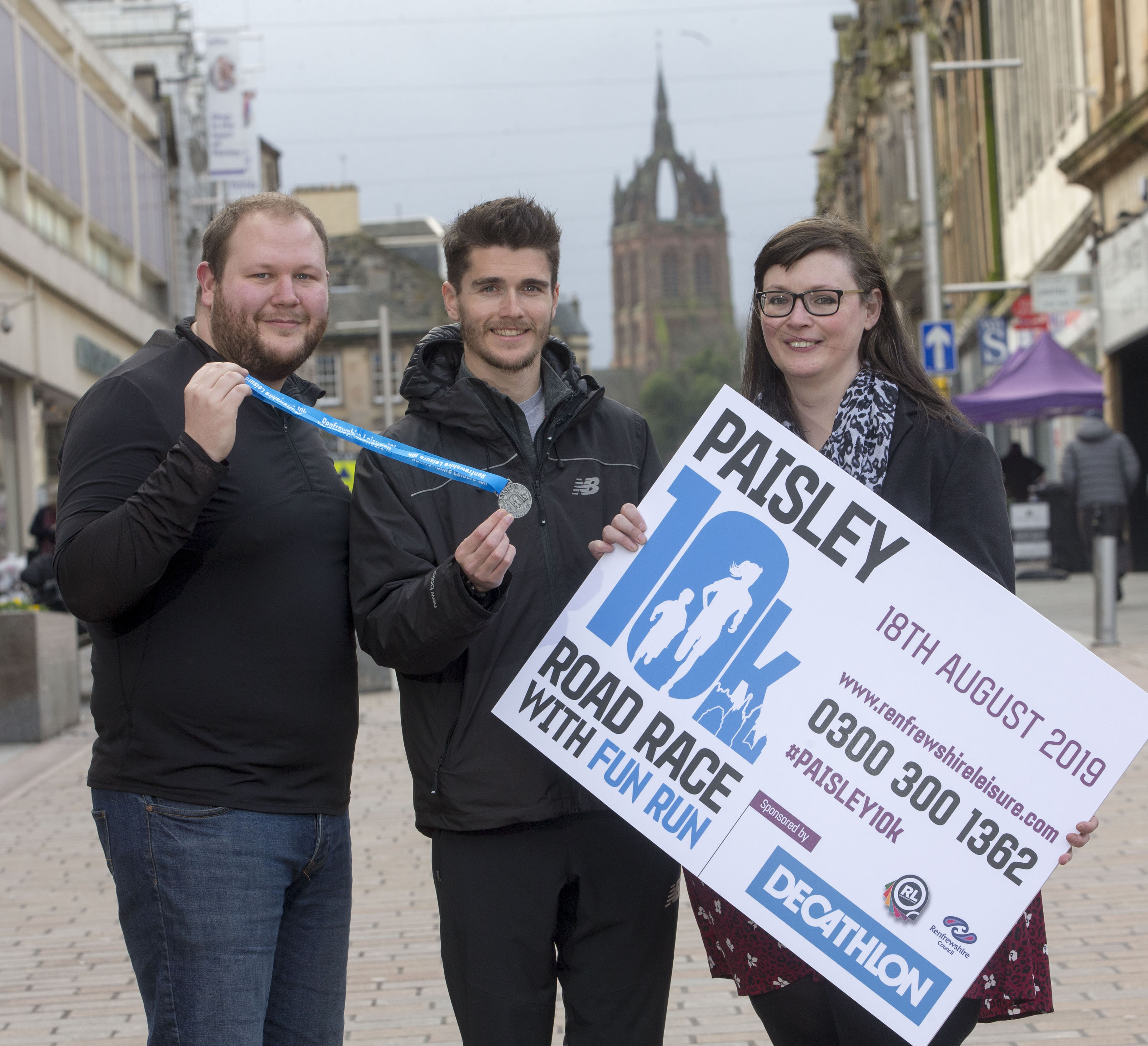 Callum who represented Great Britain running the marathon, in the 2016 Rio Olympics said: “I’ve competed in and won the Paisley 10k in the past and it’s a great race to be involved in whether you’re a serious athlete or a fun runner.”

“I’d encourage everyone, no matter how experienced they are as a runner to get their trainers on and take part in the race. There’s always a good turnout of spectators along the route cheering on the runners.” 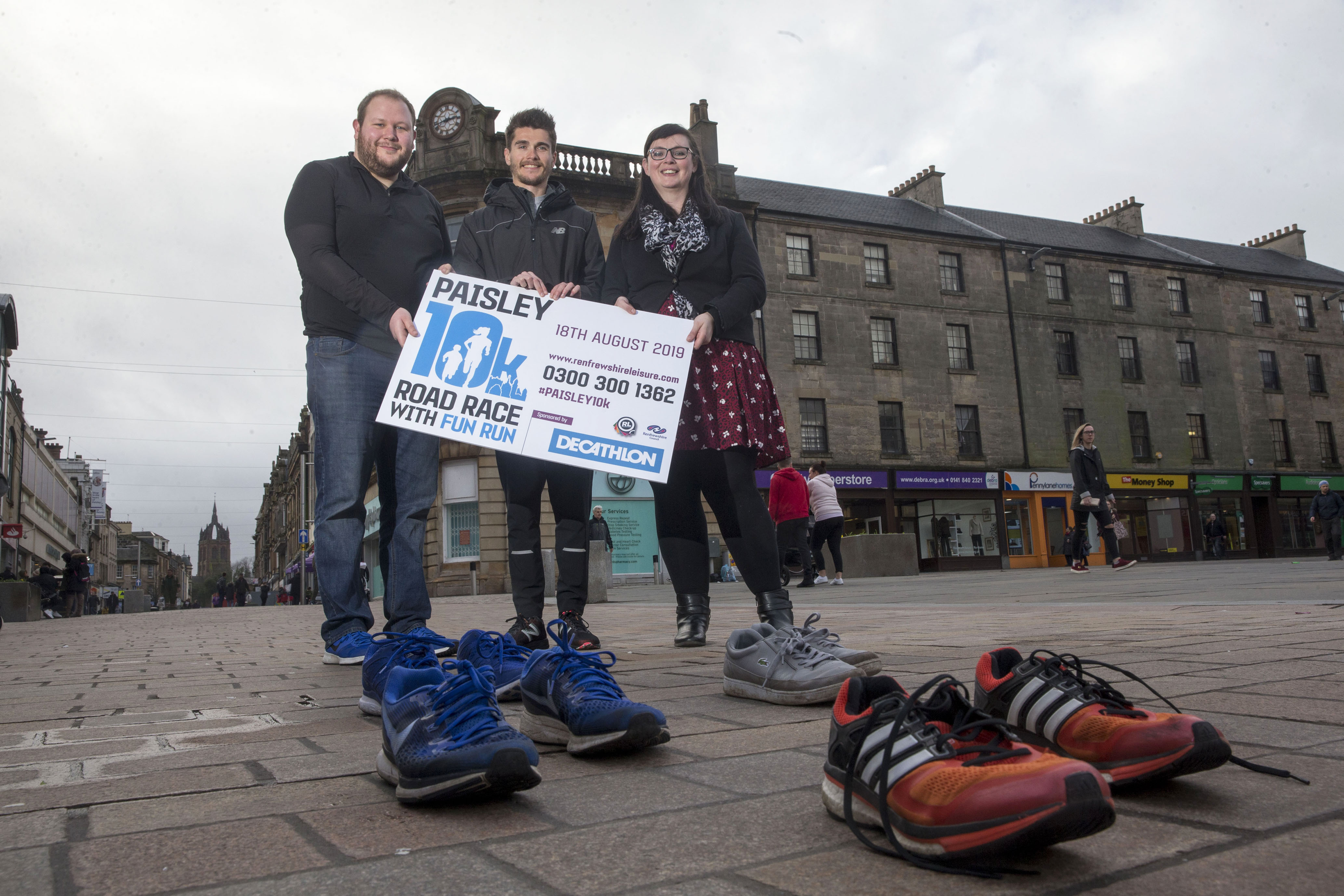 Councillor Lisa-Marie Hughes, chairperson if Renfrewshire Leisure said: “The Paisley 10k and Fun Run is a great event for those taking part and the hundreds of people who come along to watch the races.

“There’s lots of fun and if past races have been a anything to go by the runners and the crowds who turn out to watch give the day a carnival atmosphere.

“Taking part and being sponsored to complete the course is also a great way to raise money for local groups, sports clubs, charities and local good causes.”

Glasgow News? Daily Updates part of our network
How to reduce Textile Waste in Landfills