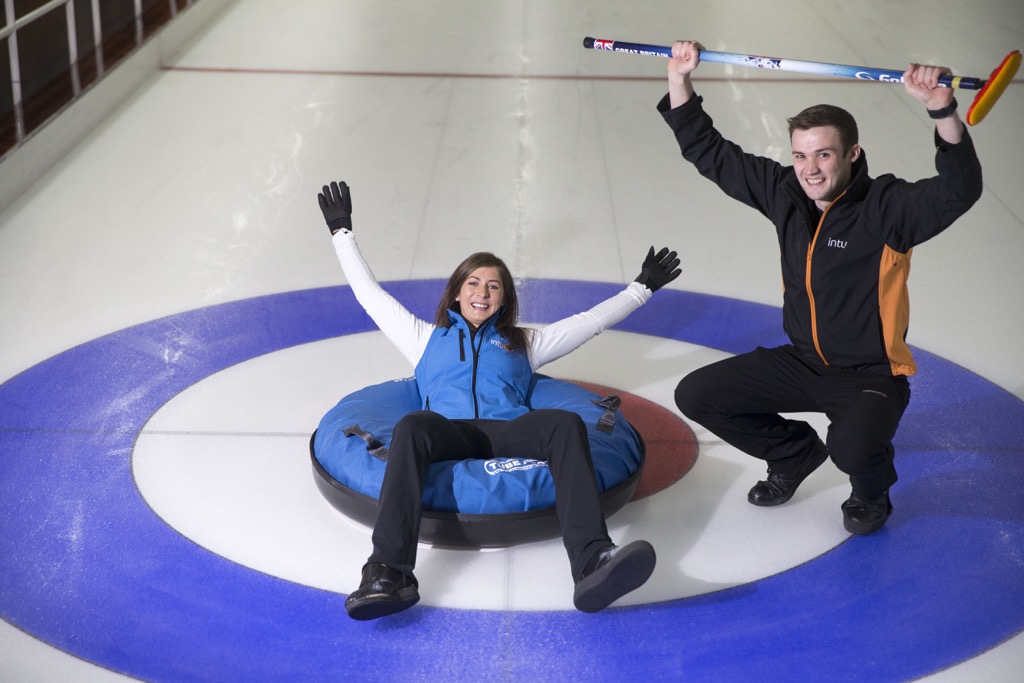 Eve had a go at human curling – or go-nutting as it’s sometimes called – on the ice at intu Braehead and reckons the wacky spin-off from real curling could catch on.

The 28-year-old has won Olympic, World and European medals in a successful curling career.

Eve couldn’t wait to try human curling and quickly mastered the technique of launching herself up the ice on top of an inflatable snow tube aiming for the house, or target as you would with a real curling stone. 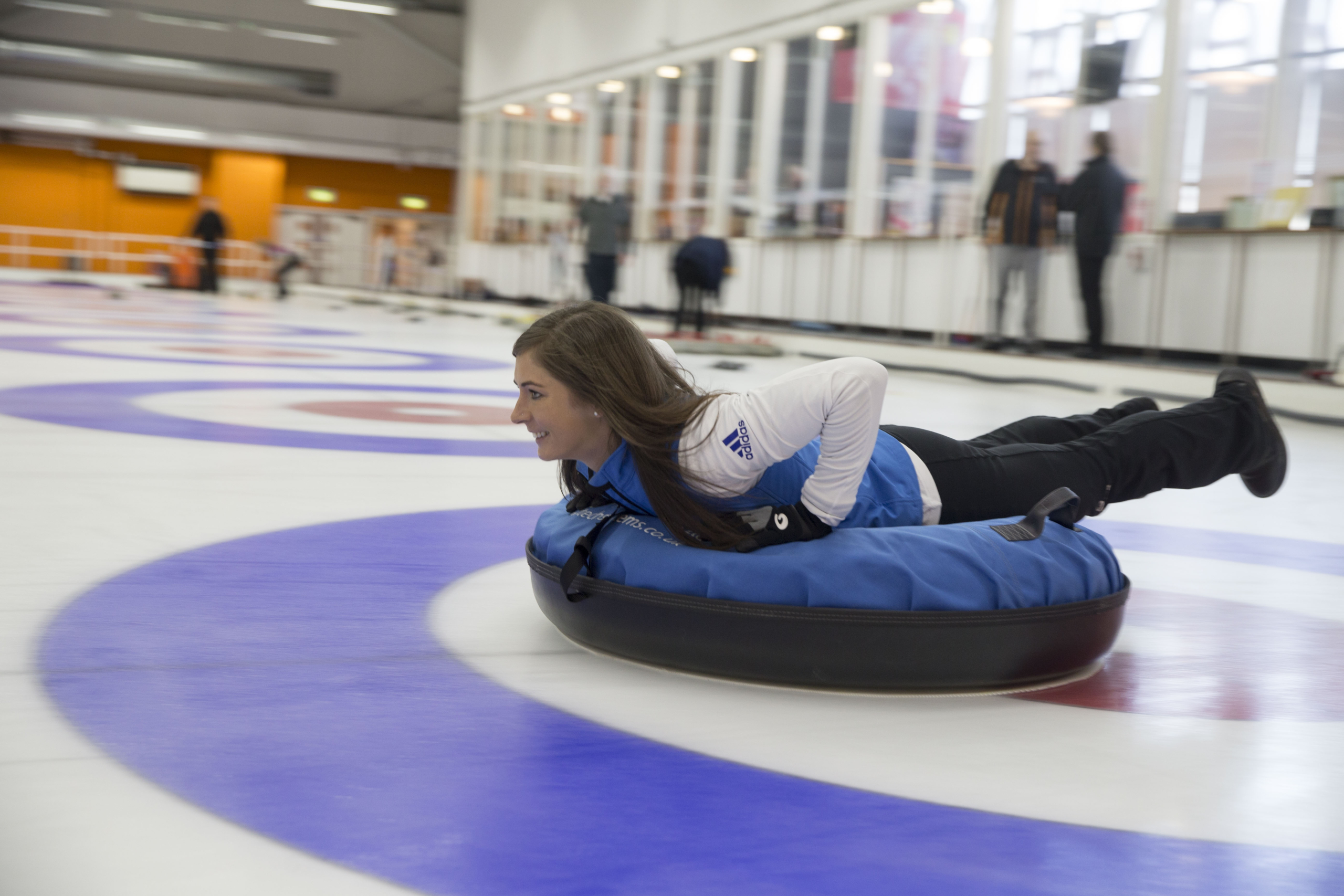 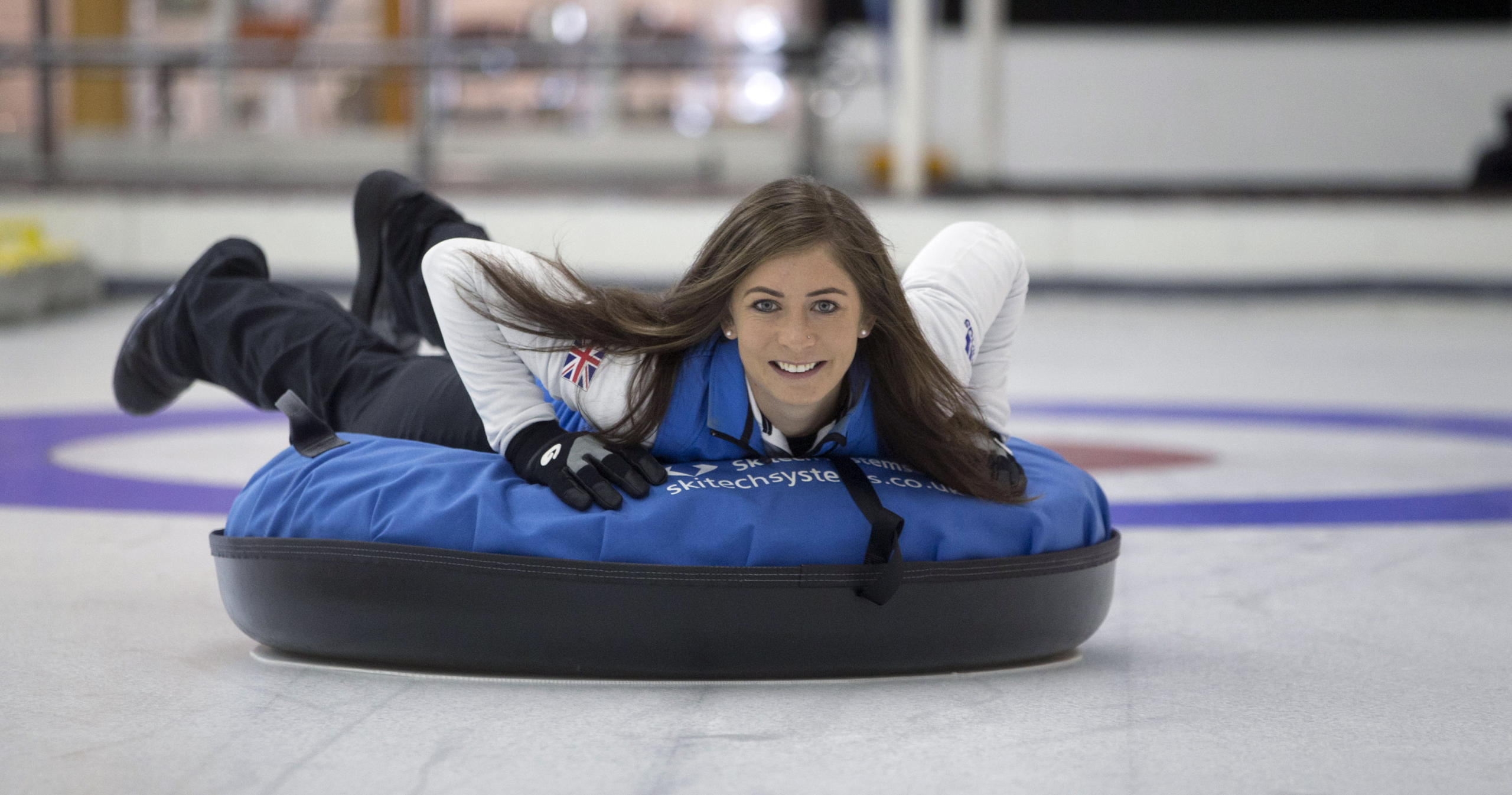 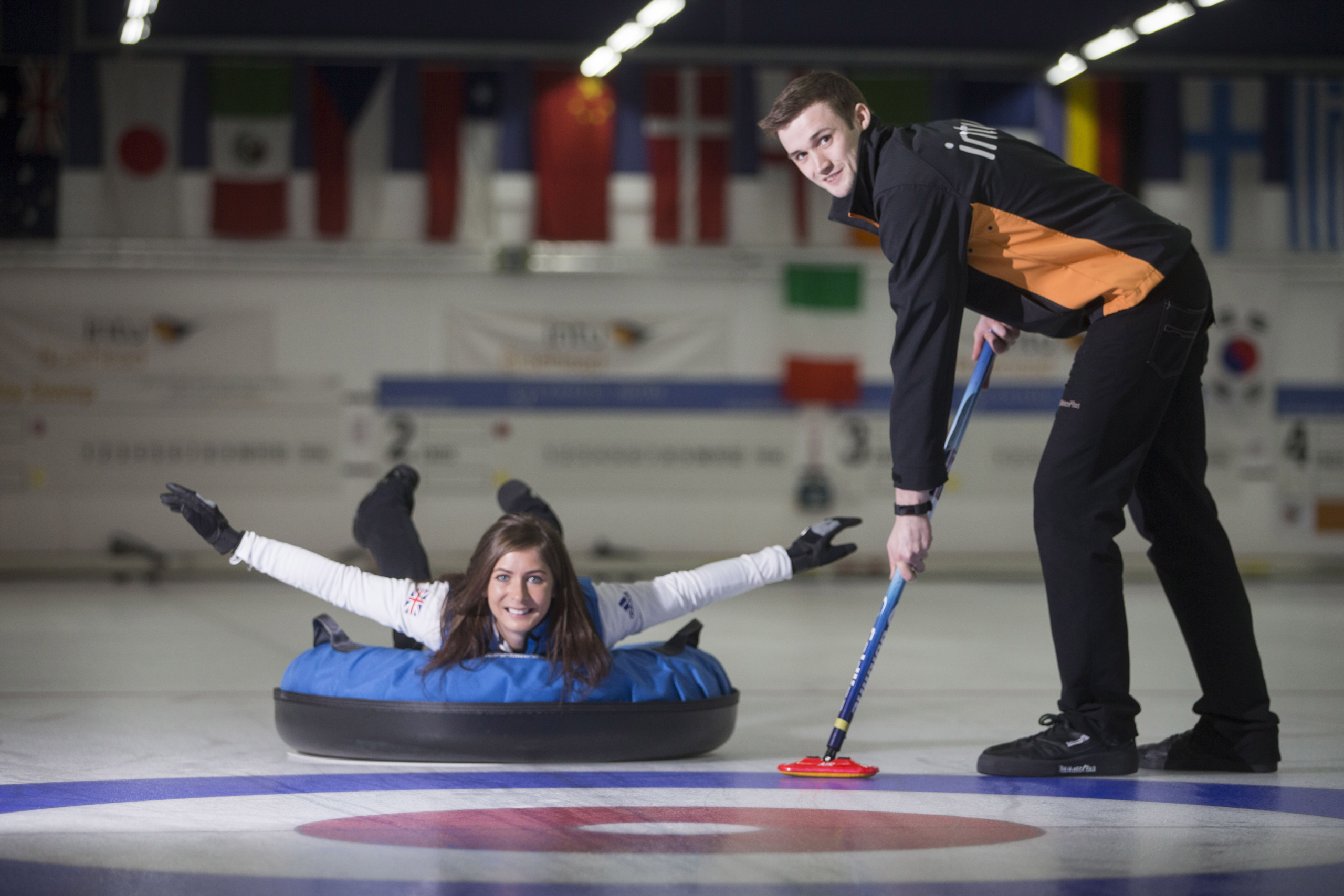 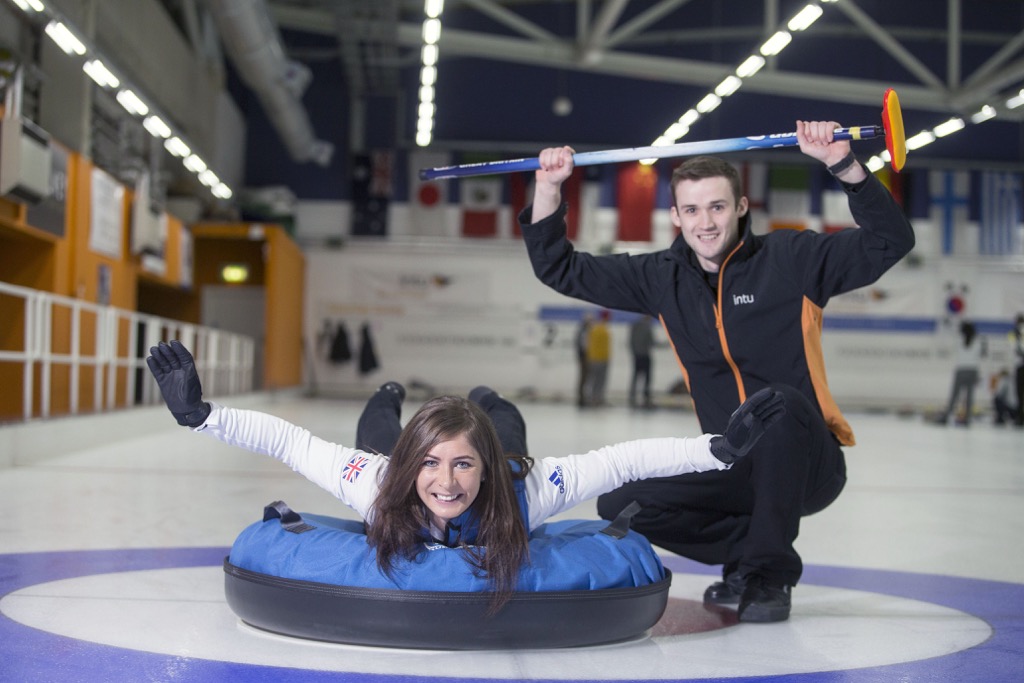 Eve is the Curling Ambassador at the curling rink at intu Braehead and her human curling session helped launch the leisure destination’s Get Active winter campaign.

There’s a whole range of fun activities including snowboarding, ski-ing, sledging, trampolining, aerial assault course in Soar at intu Braehead along with ice skating in The Arena along with curling in the curling rink.

Eve said: “I’ve never tried human curling before, but it was really a lot of fun.

“It’s almost as much fun as a real game of curling! Everyone should come along to intu Braehead to get active and try out all the different activities there.”

David Lyon, marketing manager for intu Braehead said: “This is the time of year people decide to get active and we’ve plenty for them to do here with lots of exciting activities.

“Eve was trying out the human curling for a bit of fun, but if there are enough people who want to be human curlers, we’ll certainly aim at putting on special sessions for them.”

People who fancy a go at human curling should email braehead.curling@intu.co.uk .