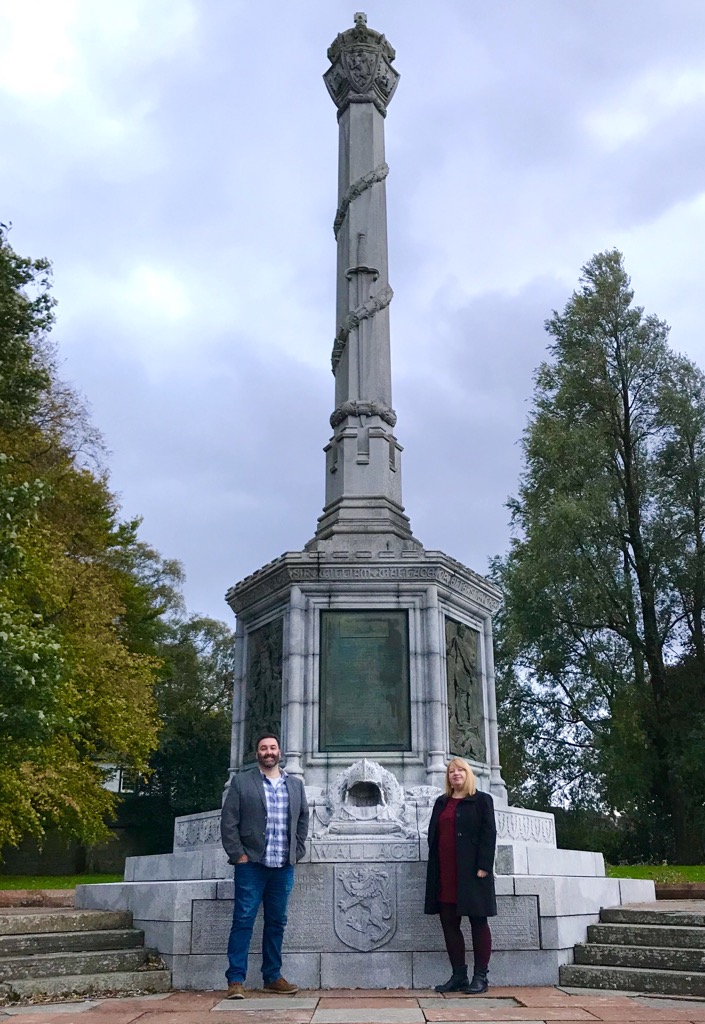 Elderslie could be set to receive a visitor boost in coming years as Renfrewshire Council move to make the most of the worldwide interest in William Wallace and develop the village as a historic tourism destination.

At a meeting of Renfrewshire Council on Thursday, local SNP councillors Andy Steel & Jacqueline Cameron successfully moved a motion calling on the council to develop activities which could make the most of the Wallace brand.

Wallace, who was born in Elderslie, lived between 1270 and 1305 and led Scotland in the First War of Independence. He defeated an English army at the famous Battle of Stirling Bridge in September 1297.

He was later captured and executed in Smithfield, London in 1305 for treason.

In 1995, Wallace was brought into global awareness after the success of the movie Braveheart staring Mel Gibson. The following year the movie won an Academy Award for Best Picture.

And now the SNP led Renfrewshire Council are exploring ways to attract more visitors to Elderslie to explore the land that a youthful Wallace would have trod himself.

Johnstone South & Elderslie councillor Andy Steel, who successfully moved a motion which called for a suite of activities to attract visitors both locally and from further afield to the area, says he hopes that the village will benefit.

Cllr Steel, said: “Villages across Scotland would give their eye teeth to have a tie to such a globally recognised name.

“It should have been done sooner, but I’m delighted that this idea is at last gaining ground. I’m looking to see the kind of events which will bring folk in from far and wide, to engage with
community, business and historic groups and get the maximum benefit for Elderslie we possibly can.”

Cllr Jacqueline Cameron, who seconded the motion, said “The rationale behind this is to help the local economy and if we can attract people to Elderslie there’s every reason to suppose they’ll visit other areas in Renfrewshire, benefiting them, too.”

“If we can do this well, everyone should win.”

Glasgow News? Daily Updates part of our network
Top Tips for Settling into the UK for the First Time

Grit’s all in the name
Scroll to top