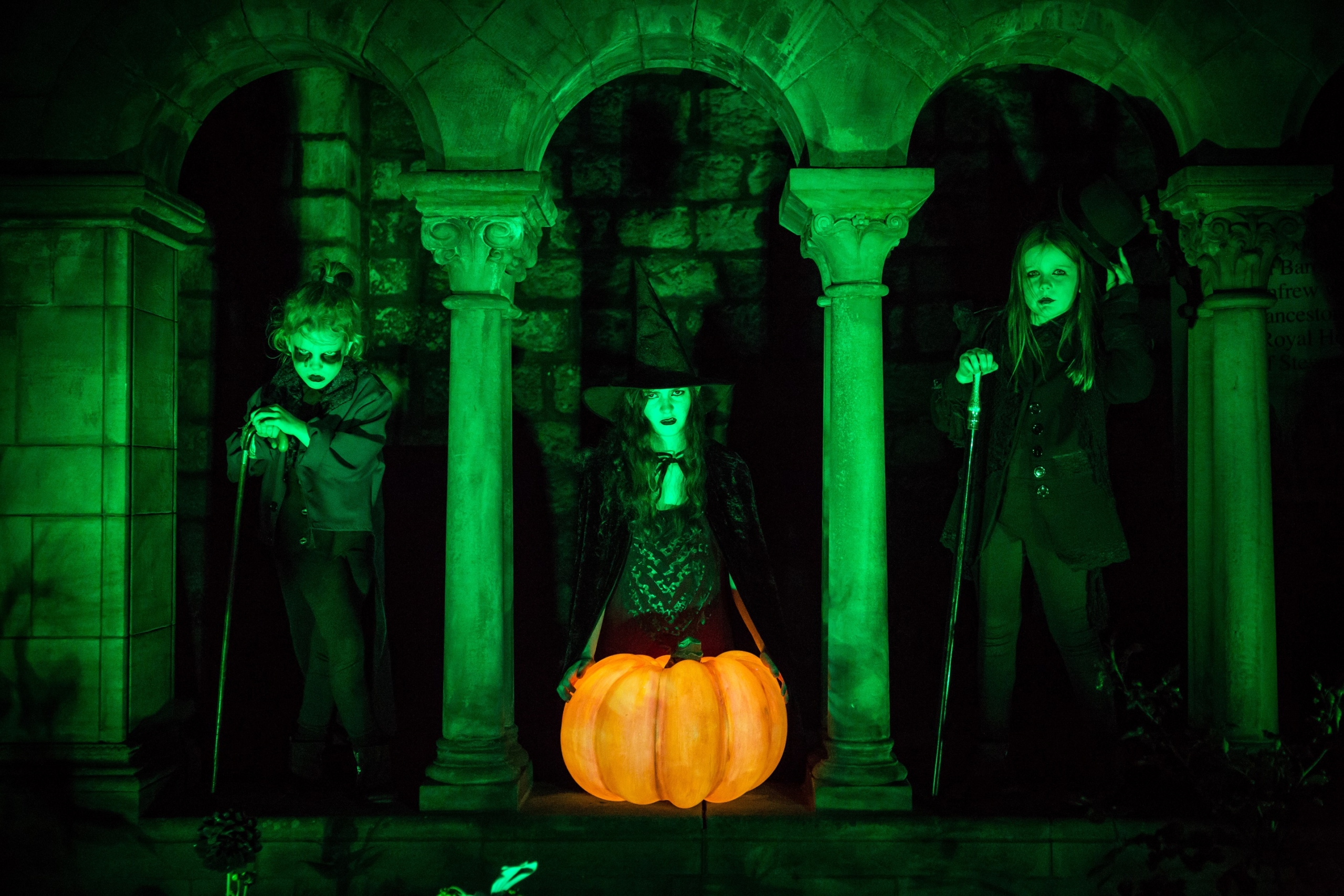 The countdown is on to Paisley’s hugely popular Halloween Festival on Saturday, 27 October.

Inspired by the town’s dark and deathly 17th-century witch history, the event returns bigger and better than ever.

A 700-strong cast of young people are at the heart of the ‘Something Wicked This Way Comes’ festival, supported by the Year of Young People 2018 event fund managed by EventScotland, part of VisitScotland’s Events Directorate.

The performances include a breath-taking aerial show starring a 50-strong cast taking to the skies with Scotland’s leading aerial dance company, All or Nothing.

Catch The Flying Witches performance of jaw-dropping stunts with performers swinging 120ft above the crowds in Abbey Close from 7pm – 9.30pm.

A Mardi Gras style 500-strong parade will begin at the bottom of New Street at 6pm, before winding its way onto Causeyside Street, climbing up St Mirren Brae, travelling down Gauze Street and ending on Cotton Street.

The Beltane Fire Society will entertain the crowds with a vivid display of fire, drumming, and acrobatics, while Mr Wilson’s Second Liners band will give the New Orleans brass blowing genre a modern twist with cover versions of dance favourites between 7pm-10pm. The street theatre also features the mesmerising Spark! LED drummers.

Paisley Town Hall will host two ticketed costumed balls on Friday 26th – one for over 18s and one for ‘unders’ – with a competition for best costume. DJ Gerry Lyons will provide the haunting soundtrack as the 18th century Victorian venue is transformed into a haunted ballroom for the evening.

There’s deceit in the air on the Friday evening in local Italian restaurant Zambretto, with a murder mystery evening.

On Saturday, hair-raising horror films for all ages will be screened in venues throughout the town, while on the Live Stage at County Square there will be Halloween themed performances from local musical talent and dance groups between 12 noon and 5pm.

Abbey Close will be transformed into a dramatic Halloween playground with a series of lighting, and sound installations featuring special effects, fire and live performances between 6pm-10pm.

Popcorn Horror will also be hosting a series of free Halloween workshops in Paisley Abbey – no need to book your space, simply turn up and enjoy

Food and drink stalls will also be available to keep your hungry horrors happy.

A series of Discovery Family Short films from all over the world will be screened between 12pm – 1pm, while Halloween favourite The Addams family and Coraline will be in the big screen, all at the Town Hall.

In the evening, a screening of horror film ‘It ’will entertain those aged 15 and over – free spaces are limited so please book ahead.

Drop in and carve your Halloween pumpkins in to a piece of art with the help of the team from Dom Art at Paisley Abbey from 1pm-7pm and visit the Storytelling Yurt to hear Terrifying Tales between 1pm – 7pm.

This year’s Paisley Halloween Festival is also in the running to win the “UK’s Spookiest Halloween Event 2018” award as one of the final 10 competitors on the holiday rentals site HolidayLettings.co.uk.

Voting ends at midnight on 30 October and votes can be cast here: https://blog.holidaylettings.co.uk/spookiest-halloween-events-uk/

Young people are at the heart of the Festival’s development and a 20-strong Youth Panel has been working alongside Renfrewshire Council’s Events Team to design and deliver the festival programme. In addition, 180 young people will take part in a new creative learning programme with the opportunity to participate in all aspects of festival delivery from performance to live event management and technical production. For more information, please go to https://paisley.is

Glasgow News? Daily Updates part of our network
From Tokyo to Paisley: Our Local Seafood Treats