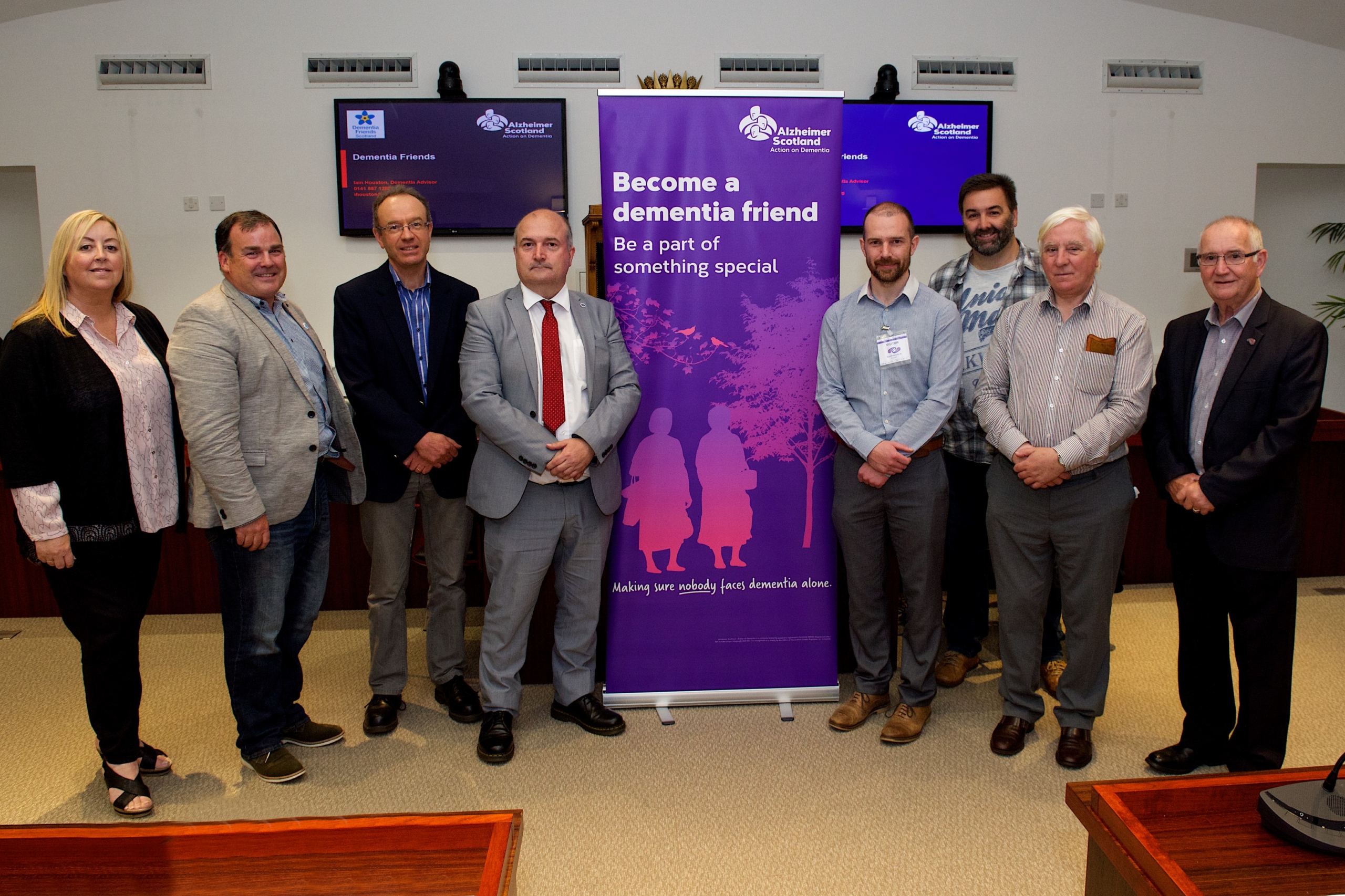 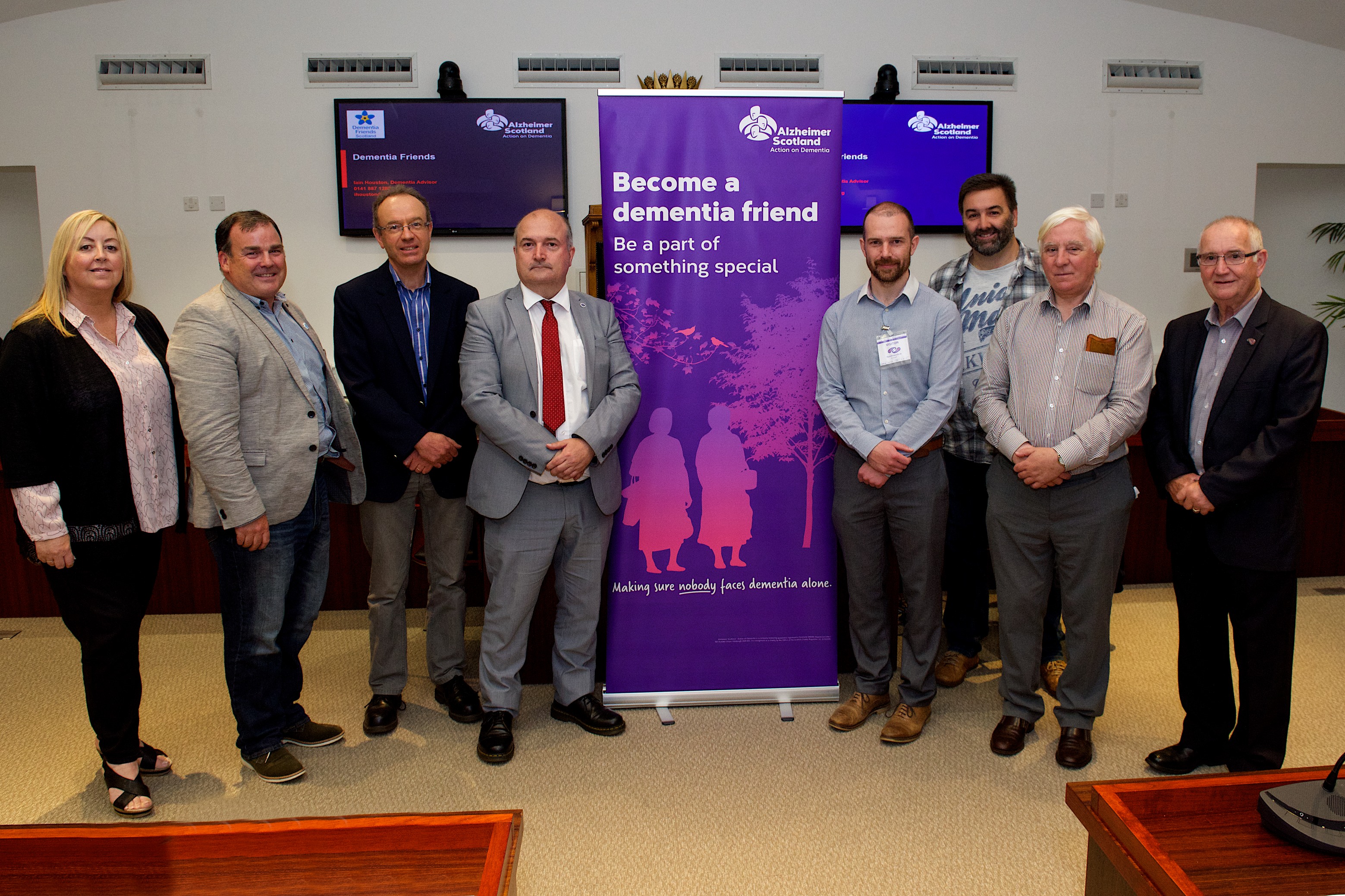 They have joined tens of thousands of people to learn more about dementia and the small things we can all do to help people with the condition, which can leave them feeling vulnerable and isolated. 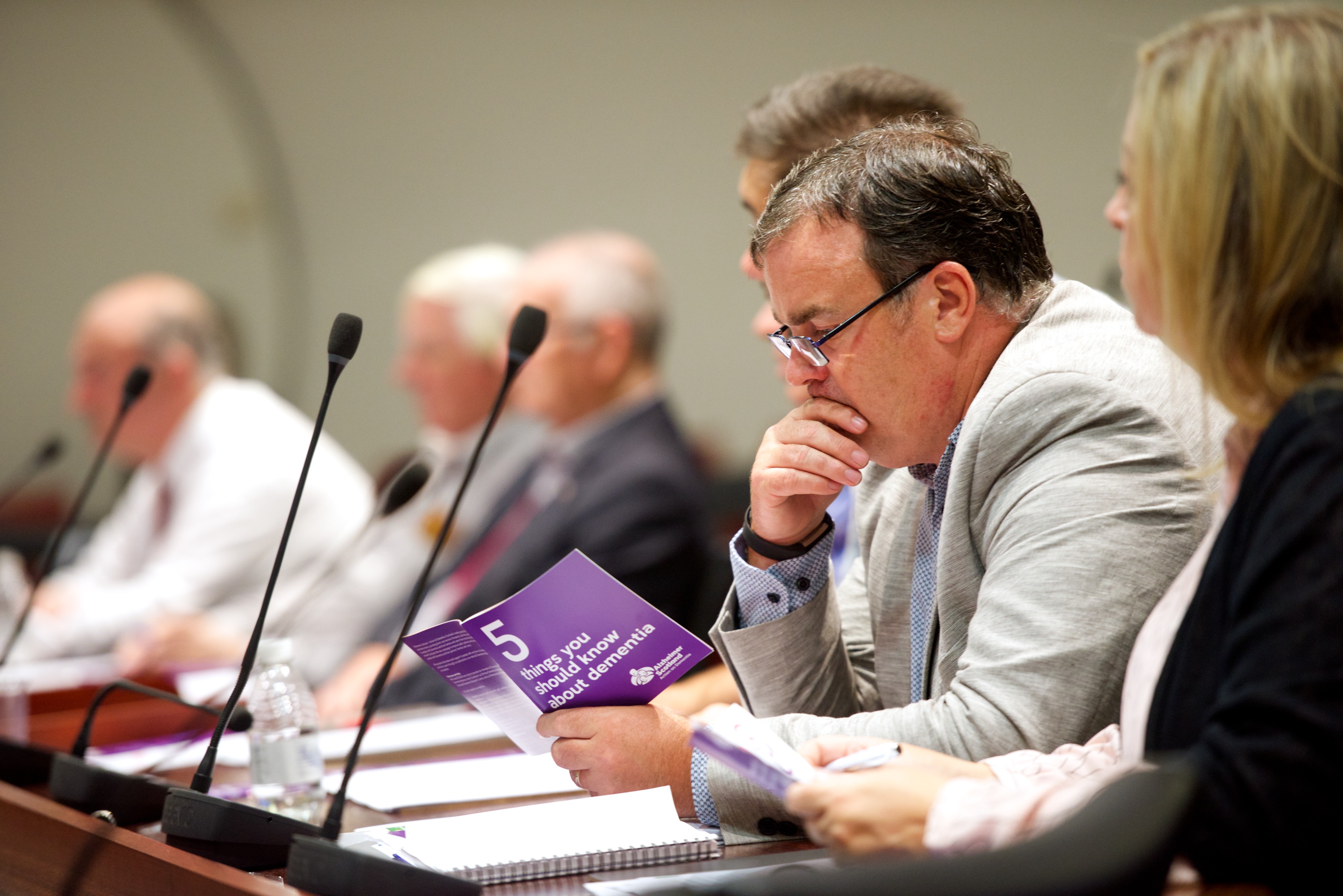 Councillors from across the parties, including Council Leader Iain Nicolson and Provost Lorraine Cameron, turned out for the first session run by  trained Dementia Advisor Iain Houston, from charity Alzheimer Scotland. 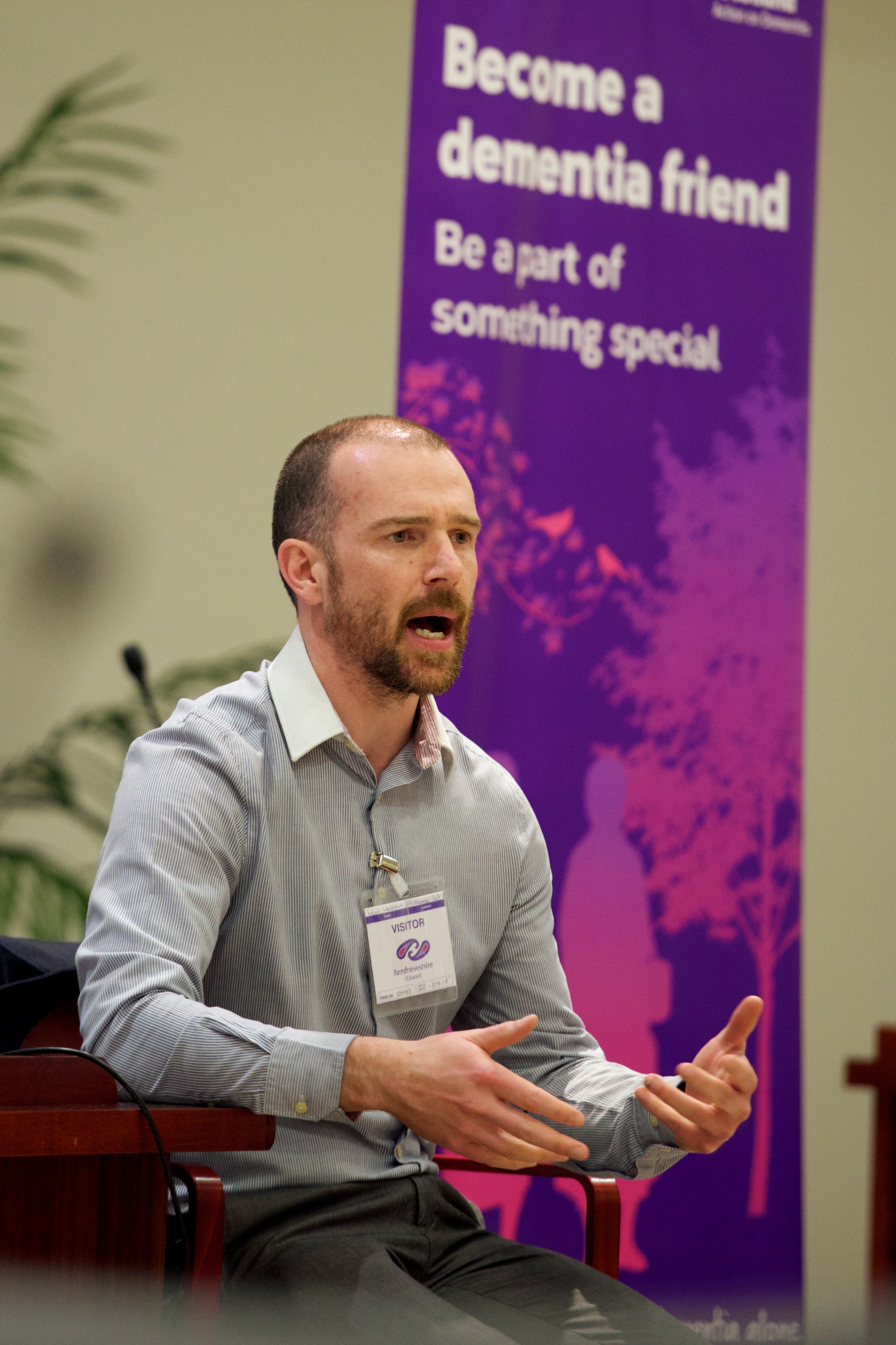 It’s understood to be the first time an entire Council chamber has signed up to become registered Dementia Friends.

Councillor Nicolson said: “Sadly so many of us have a loved one or know a family affected by dementia.

“It has been extremely rewarding to take part in the Dementia Friends sessions to find out how we can all educate ourselves to help support people with dementia and help them go about their everyday lives. 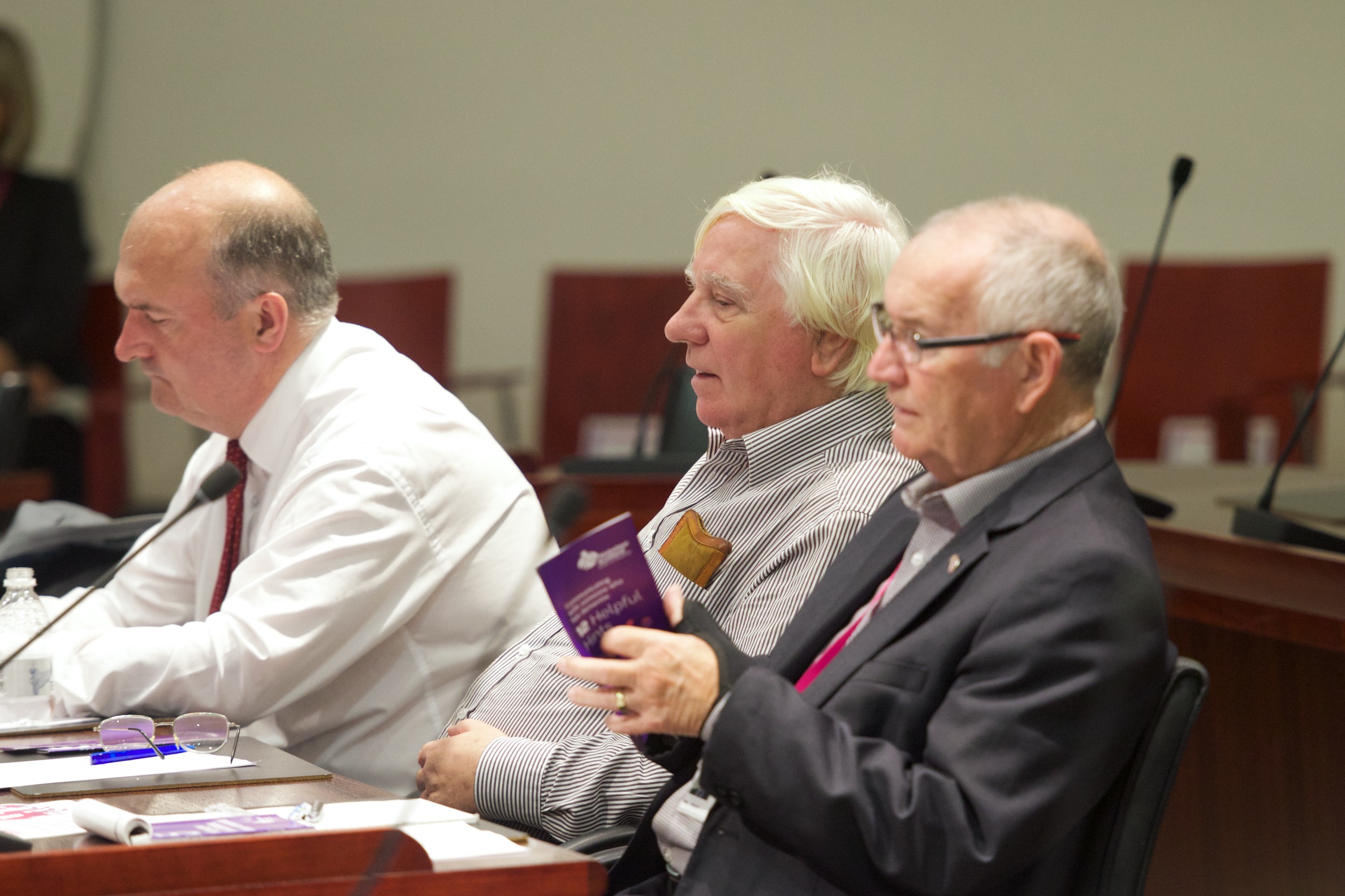 “It’s clear that small things like being patient in a queue can make a big difference and we are all keen to play our part in helping families and communities cope with the challenges.”

Provost Cameron said: “It’s been great to get an added insight and understanding of what dementia is and how it affects people.

“We are all now keen to take the learning from the sessions and apply this to work together to break down the stigma of the condition.”

Dementia isn’t an inevitable part of ageing but is caused by diseases of the brain. There are around 90,000 people living with the condition in Scotland, with more than 3,000 under the age of 65, while in Renfrewshire around 2,750 people have dementia and related conditions.

There is a multi-agency group being led by the Health and Social Care Partnership which is looking at improving services within Renfrewshire for people with dementia and their carers.

The village of Lochwinnoch has become the first in Renfrewshire to become a dementia friendly community.

Anne McWhinnie, Dementia Friends Programme Manager at Alzheimer Scotland said: “We’re delighted that Renfrewshire Council have taken positive steps to become Dementia Friends and have committed to making the small but vital changes that will help people with dementia to feel understood and valued in our communities. This is a crucial step towards building a Dementia Friendly Scotland, where nobody should face dementia alone.

“Dementia Friends information sessions demonstrate the small changes that can often make a big difference to people living with dementia such as adapting how you speak, giving clear information, removing some of the challenges that can cause confusion and changing behaviour – such as simply being patient in a queue.”