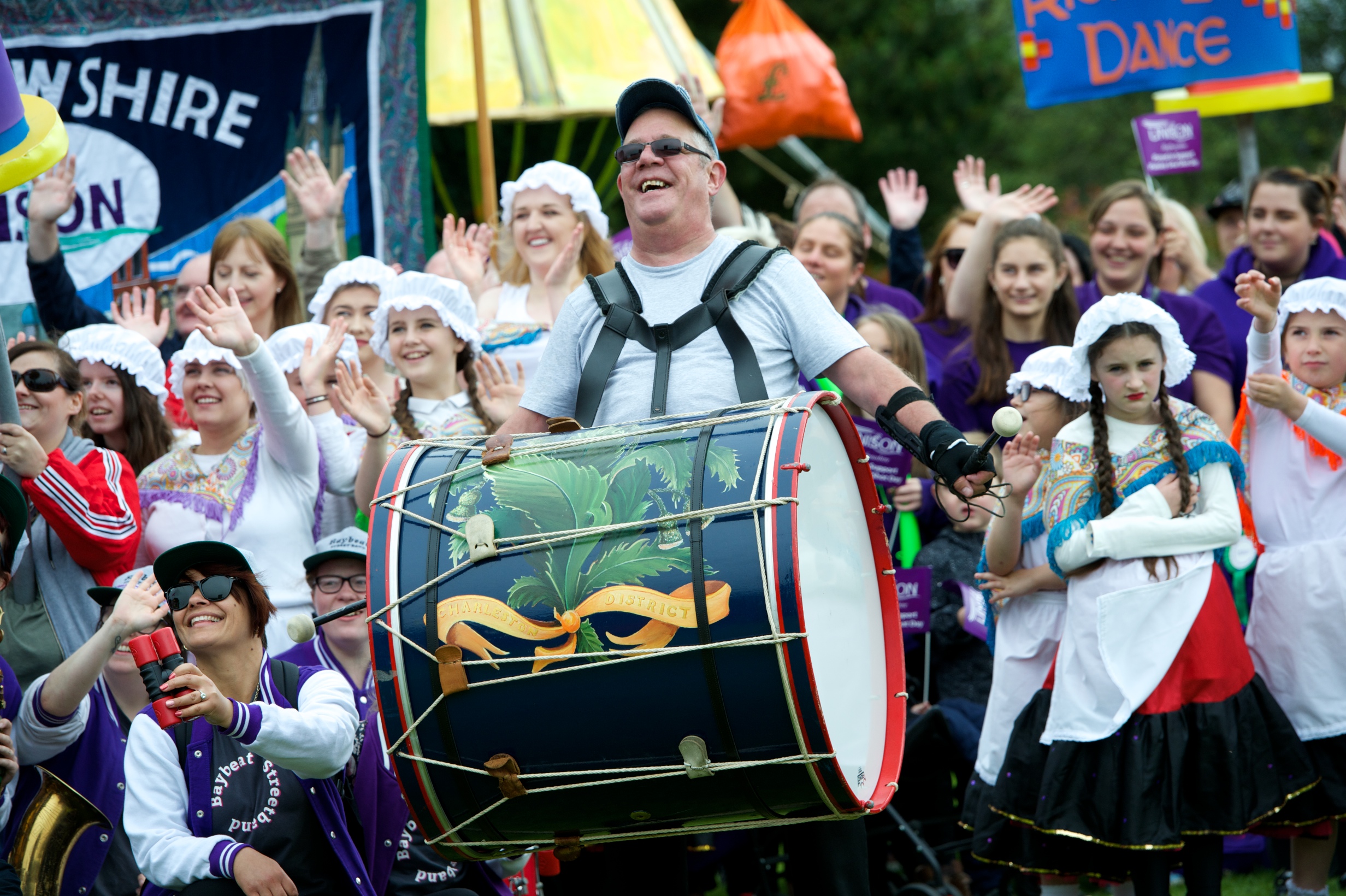 Paisley will be transformed into a seaside escape in celebration of this year’s Weave Festival and Sma’ Shot Day celebrations taking place this weekend.

This year’s event, which will take place on Saturday 7 July, will celebrate the traditional weavers’ holiday by taking visitors on a trip ‘doon the watter’. Sma’ Shot Day, which is one of the world’s oldest worker festivals, will for the second year running, include the Weave Festival – offering an enhanced and diverse programme of cultural events and activities on the day.

The festival is part of an expanded programme of events which is part of Paisley’s UK City of Culture 2021 bidding legacy and will reconnect the town’s weaving heritage and global connections via a programme boasting around 30 shows in Paisley’s historic town centre. 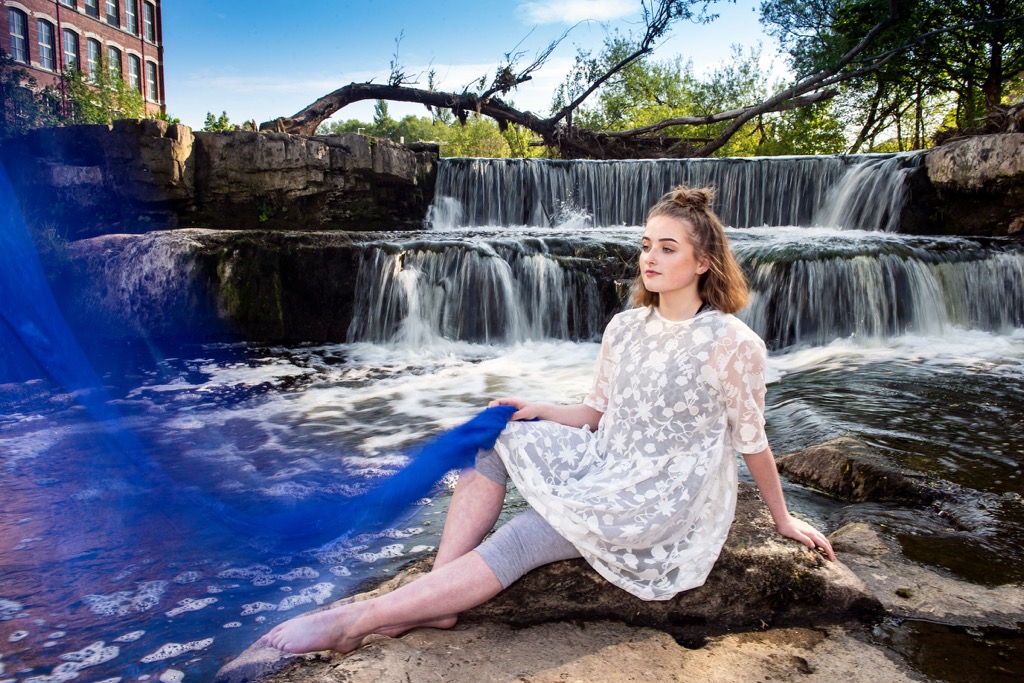 The popular Sma’ Shot parade will leave from 12 noon at Brodie Park and finish up at Abbey Close. This year’s parade is being co-ordinated by Bridgeman Arts in collaboration with a number of local community groups, performers and musicians. The parade will bring to life the theme of a trip ‘doon the watter’ topped off with a spectacular paddle steamer boat float. 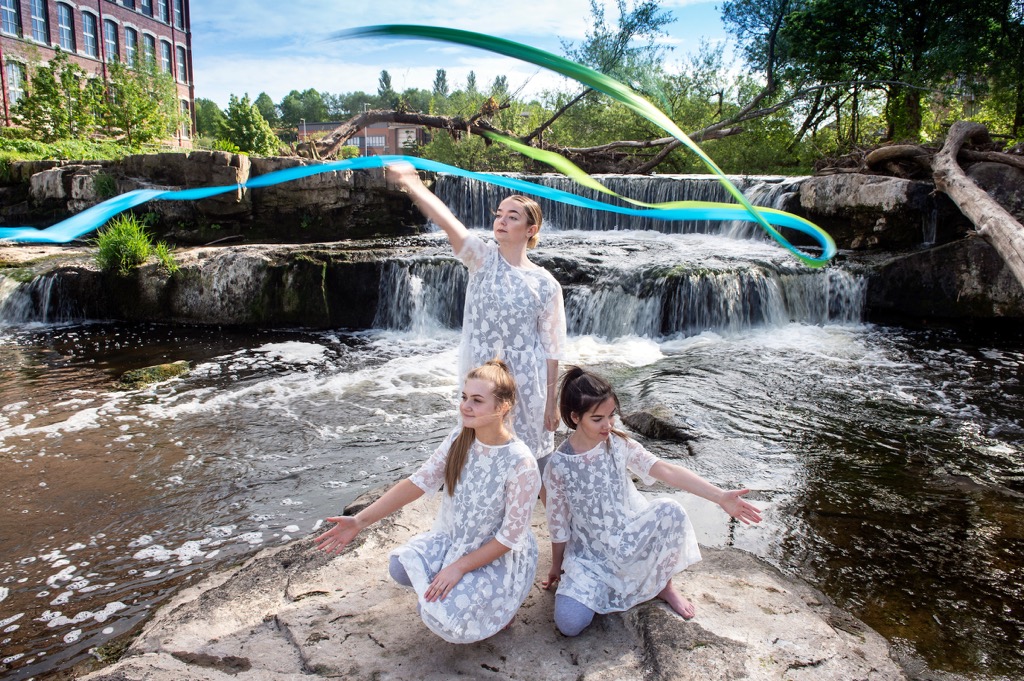 Noel Bridegman, Artistic Director at Bridgeman Arts said: “The Bridgeman Arts Events team has been producing carnival events for over 15 years now and this is the first time that we will be producing the parade and the Burning of the Cork.

“This year will see several new, giant puppet characters join the throng such as the Paddle-steamer captain and a new, friendly Cork character. The Burning of the Cork will have a colourful, theatrical element to it with a celebratory finale piece on the bridge area that includes more street theatre, live music and lots of fun.” 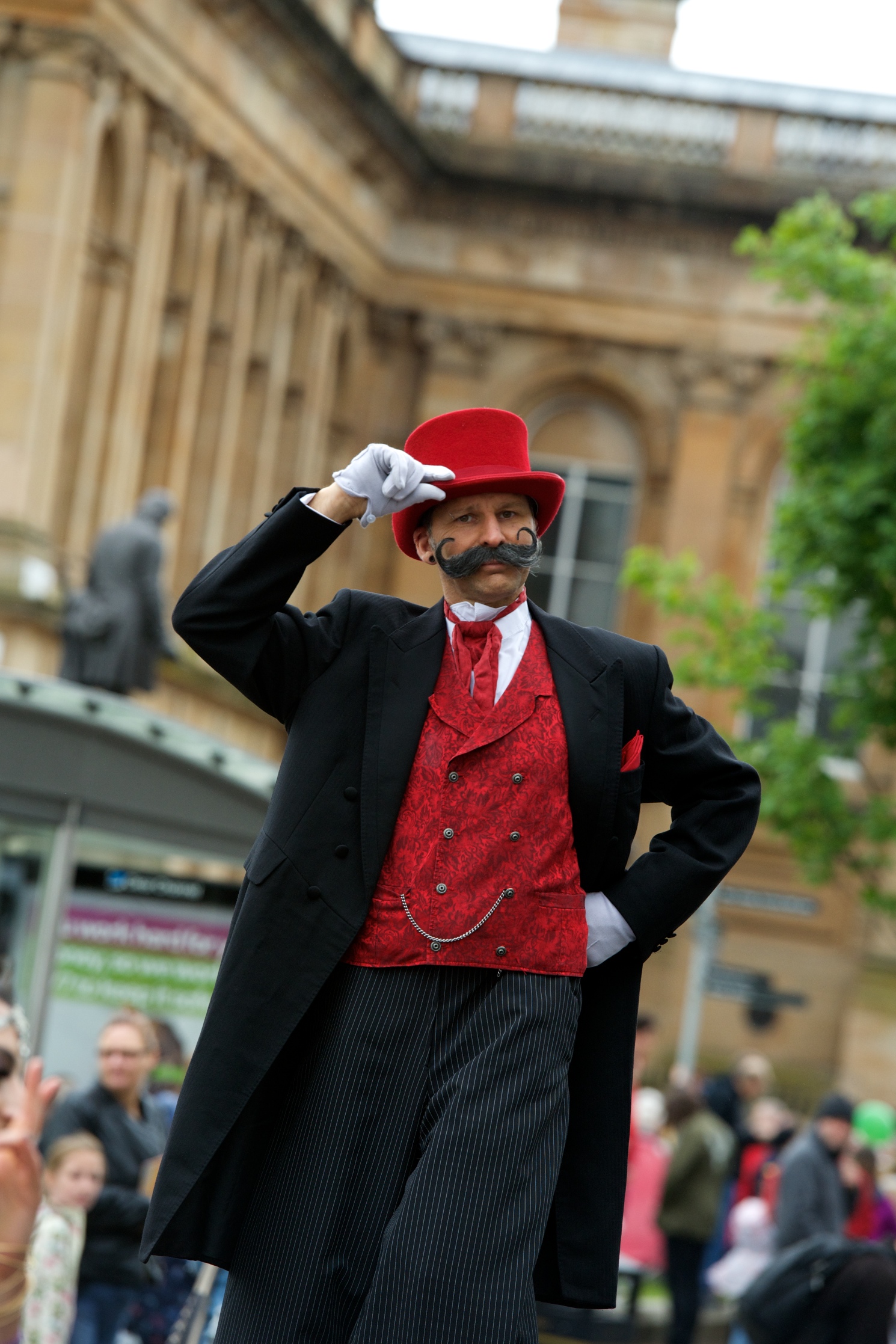 The parade will be followed by a performance by local dance group right2dance who will showcase a specially choreographed routine on Abbey Bridge and Forbes Place highlighting the town’s unique relationship with the White Cart. This section of the event is supported by the Paisley Townscape Heritage and Conservation Area Regeneration Scheme (TH.CARS2) funded by Heritage Lottery Fund, Historic Environment Scotland and Renfrewshire Council and is part of Scotland’s Year of Young People 2018.

Renfrewshire’s Provost Lorraine Cameron, said: “Weave Festival and Sma’ Shot Day is always a great event in the town’s calendar that attracts thousands of people into Paisley each year to celebrate our town’s important and rich history.

“There’s even more to keep the family entertained this year with the jam-packed programme and the seaside transformation of the area is sure to bring a real holiday-feeling to the town for all to enjoy!”

The event will feature performances from youth theatre school PACE who will re-enact the struggles of the Paisley weavers in their efforts for payment of the Sma’ Shot, the Makers’ Market will showcase a variety of innovative Scotland-based designers and makers.

There will also be a series of arts and craft workshops for all to enjoy as well as a number of weaving demonstrations which will take place at the Sma’ Shot Cottages, Threadmill Museum and Paisley Museum throughout the day.

One of the weaver’s in residence, Shielagh Tacey, said: “As part of our weaving residency in Paisley Heather Shields and I have been researching the term “Sma’ Shot”. It is such an important part of Paisley’s weaving heritage and yet not many people understand what it is or looks like.

“This Sma’ Shot Day and Weave Festival we will be based at the Sma’ Shot cottages, alongside their fantastic volunteers, demonstrating what a woven ‘Sma’ Shot’ is and what it looks like using various looms.”

Visitors can look forward to a raft of music, poetry and spoken word performances at the Dooslan Stane Stage which will this year see a Youth Poetry Slam take place to mark the Year of Young People 20218 and encourage young people to express themselves through language and culture.

In addition to the firm favourites visitors have come to expect from the event there will also be a new raft of activities to attract and entice the crowds. The town centre will be transformed into a seaside escape complete with sandy beach, ice cream, candyfloss for the kids.

Vibrant street brass band, Brass Aye, will add a carnival flavour to the event while That Swing Sensation & Boogie Box Jive – Scotland’s award winning big swing band – will perform a mix of big band swing classics and rock n roll, while dancers from Boogie Box Jive will perform demonstrations. In addition to this the popular Tea Dance will return to Paisley Town Hall.

Also, aerial performers from All or Nothing will amaze and dazzle visitors with their aerial acrobatics as they sail through the air to celebrate the Scottish summer holiday. There will also be ‘Watch, Fly, Come and Try’ aerial workshops where people will have the chance to try trapeze and other activities during the drop-in taster sessions.

It’s sure to be a great day not to be missed!

To find out more about the event please visit www.paisley.is.

Glasgow News? Daily Updates part of our network
The Best Way To Spend Your Weekends