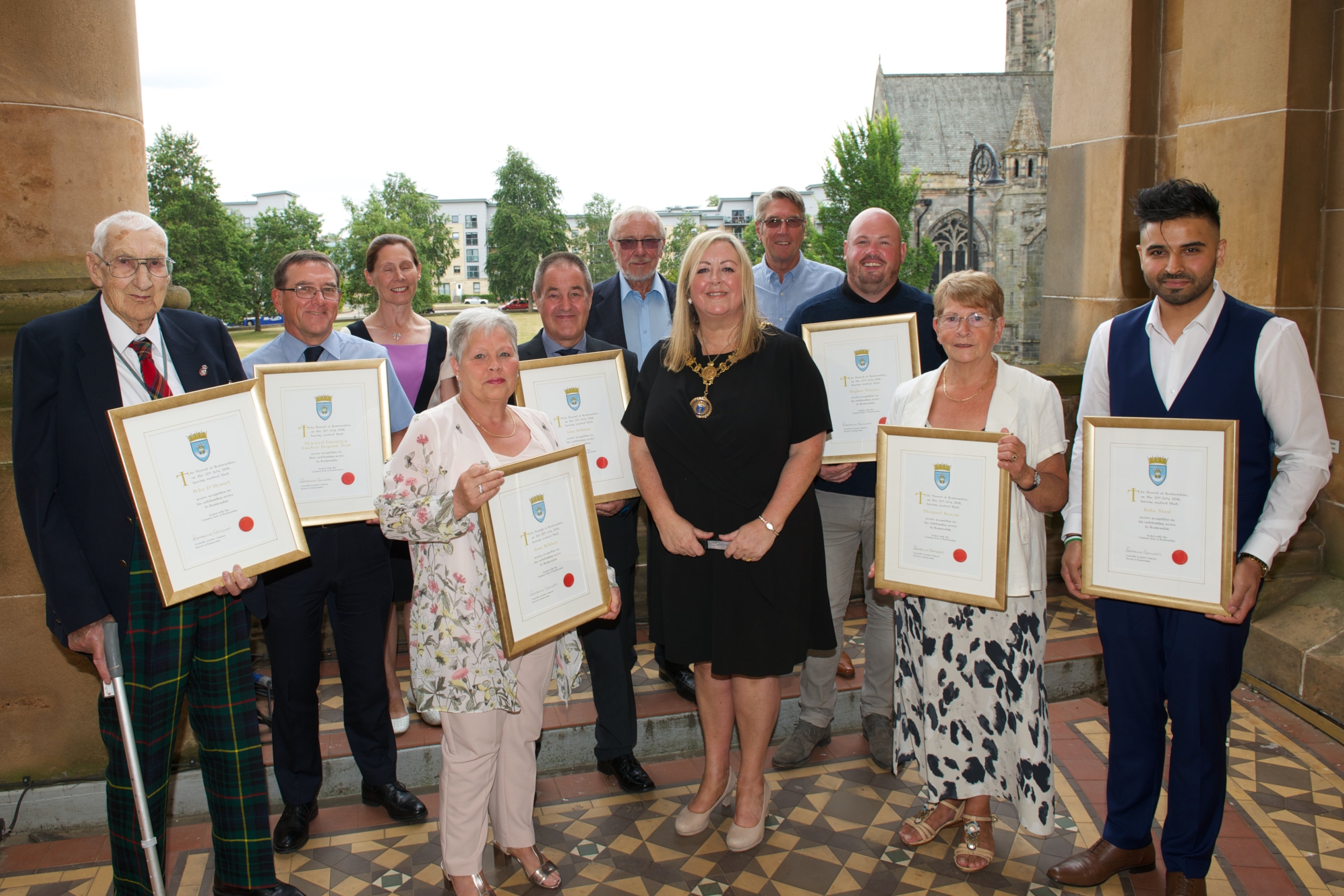 Eight inspiring community members were rewarded with a Provost’s Distinction Certificate at a special ceremony in Paisley Town Hall. 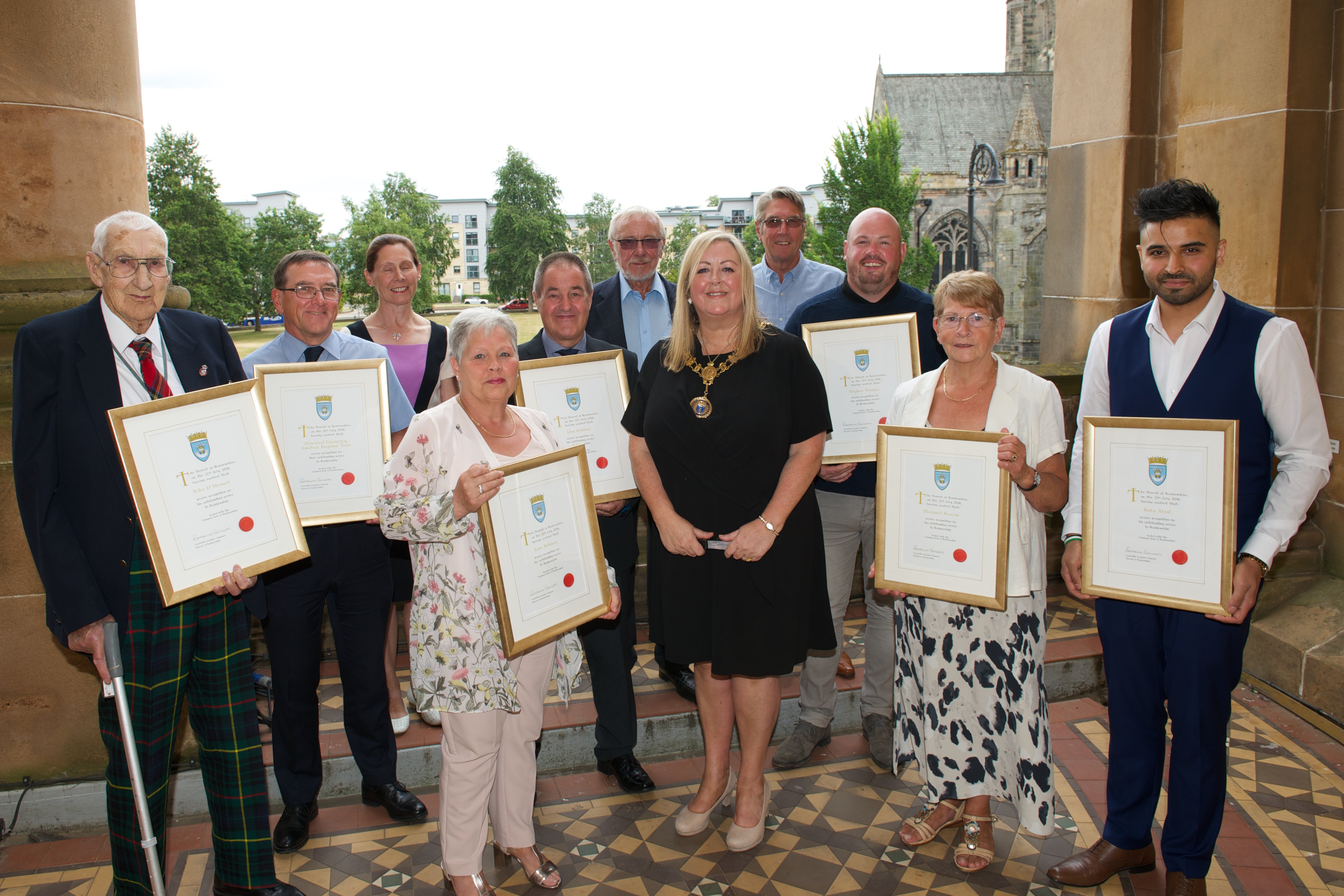 The Distinction Certificates provide the Provost the opportunity to recognise community members who have came to her attention for the positive difference they have made to Renfrewshire.

Provost Cameron said: “One of the most satisfying parts of my role as Provost is being able to recognise those who make a real difference to the lives of those around them and make Renfrewshire a better place for us all to live. 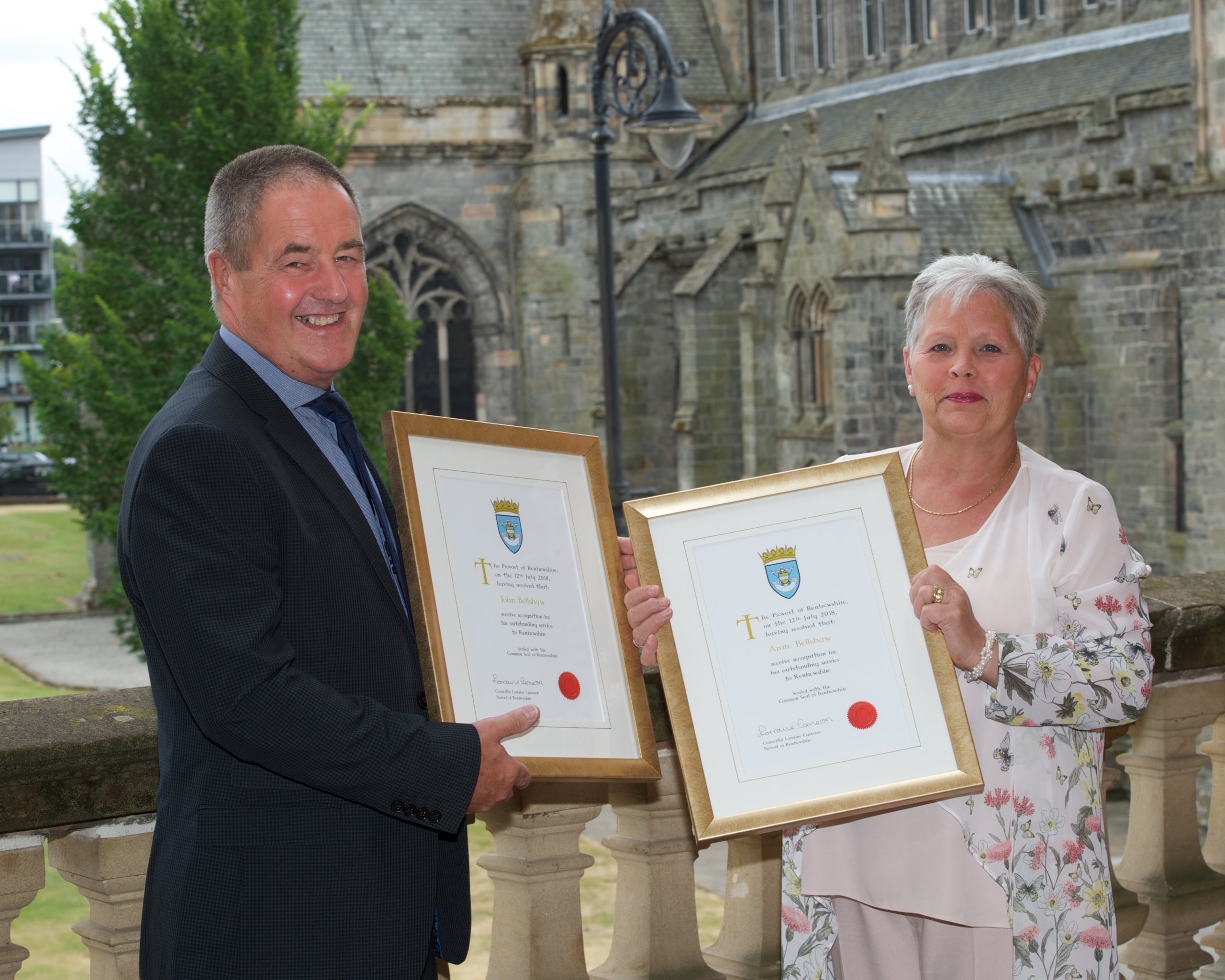 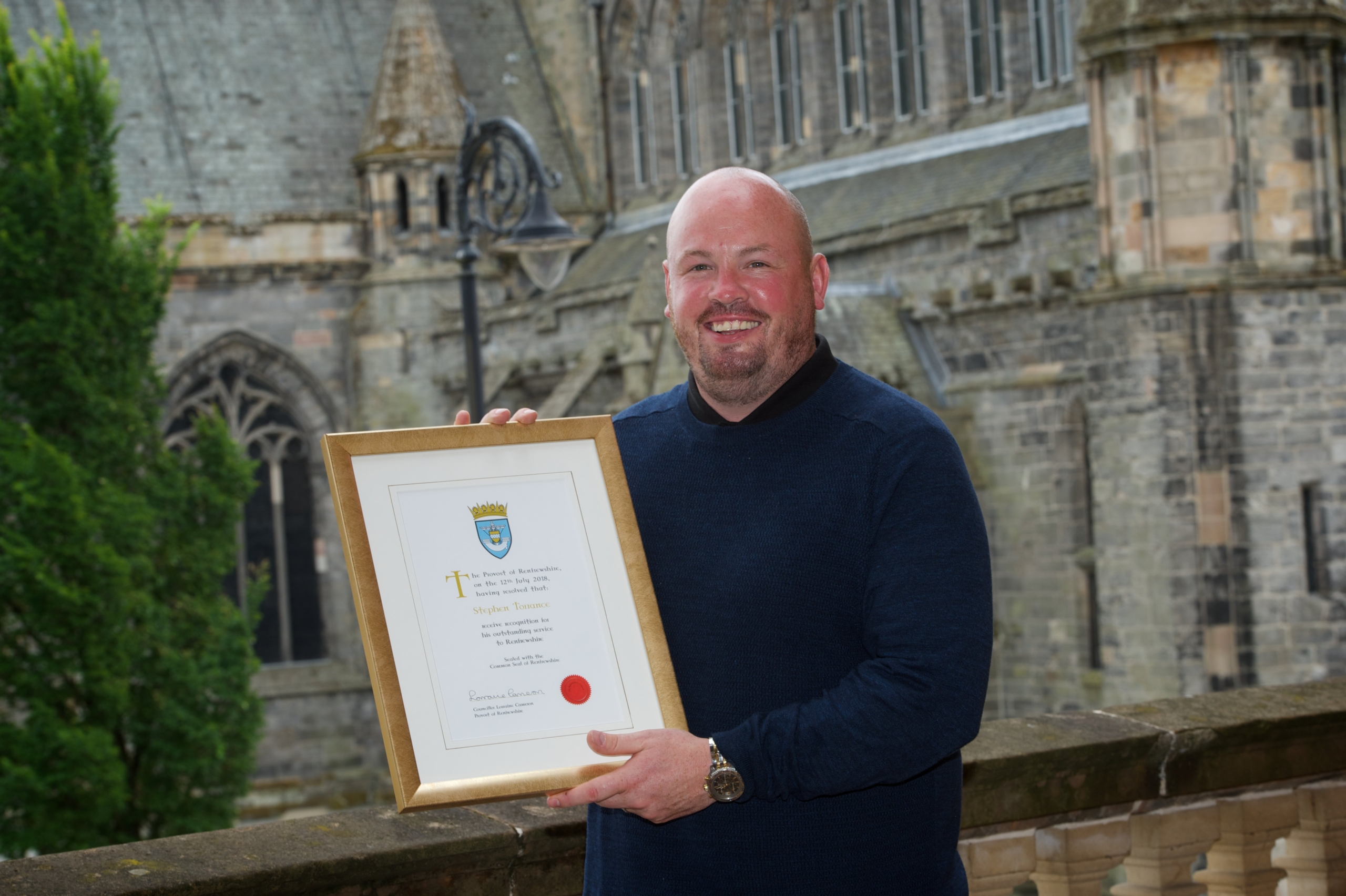 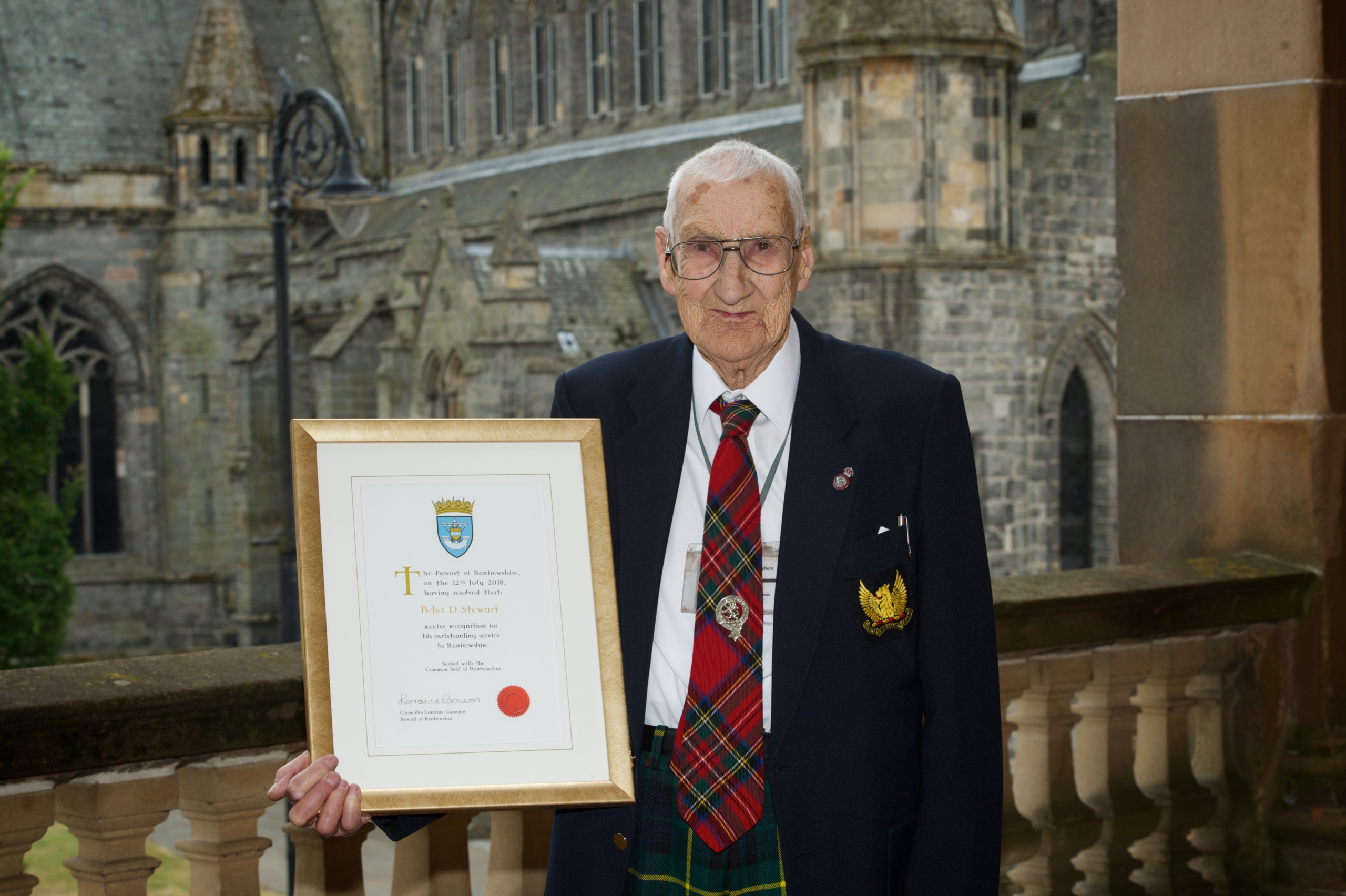 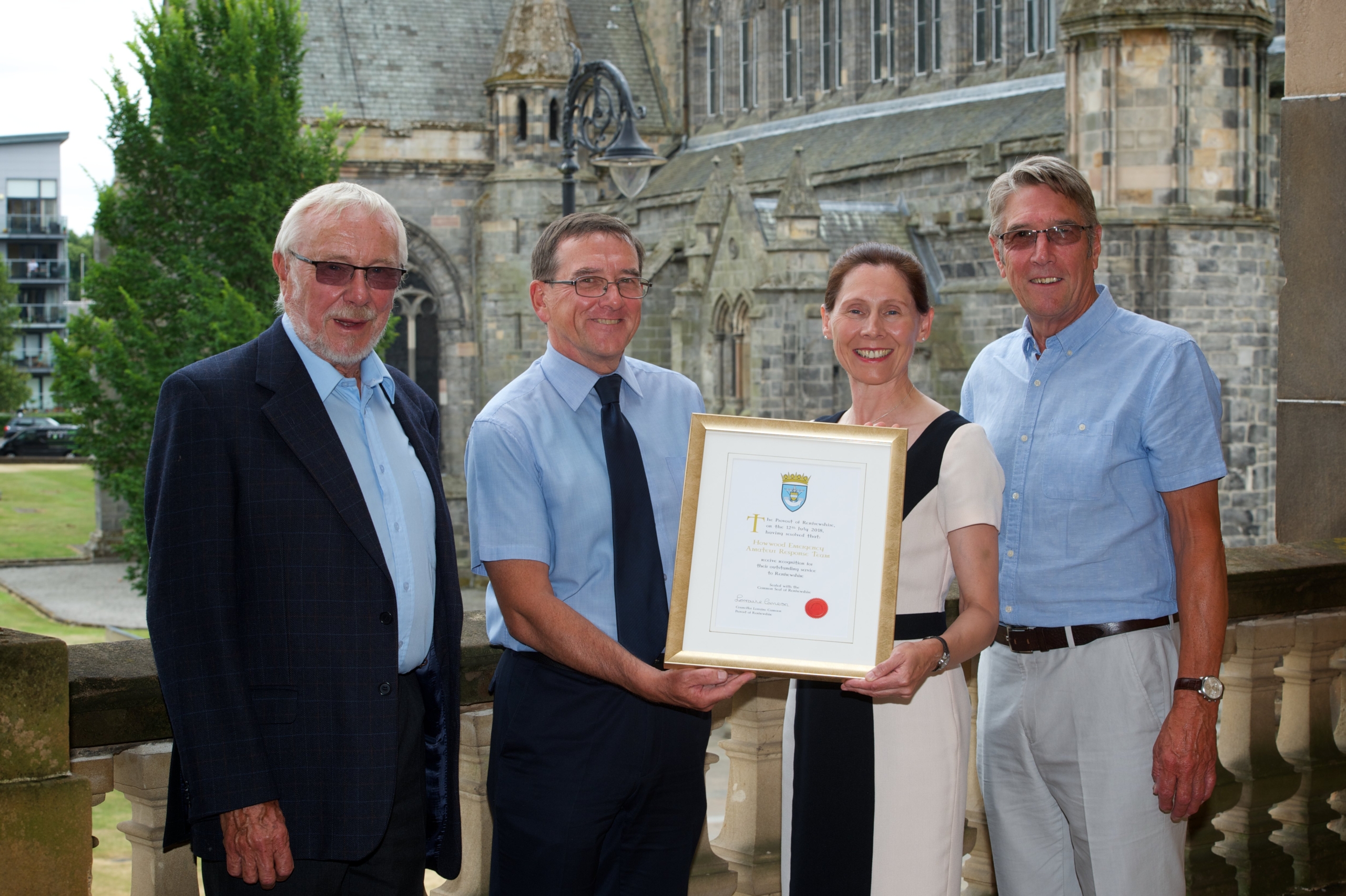 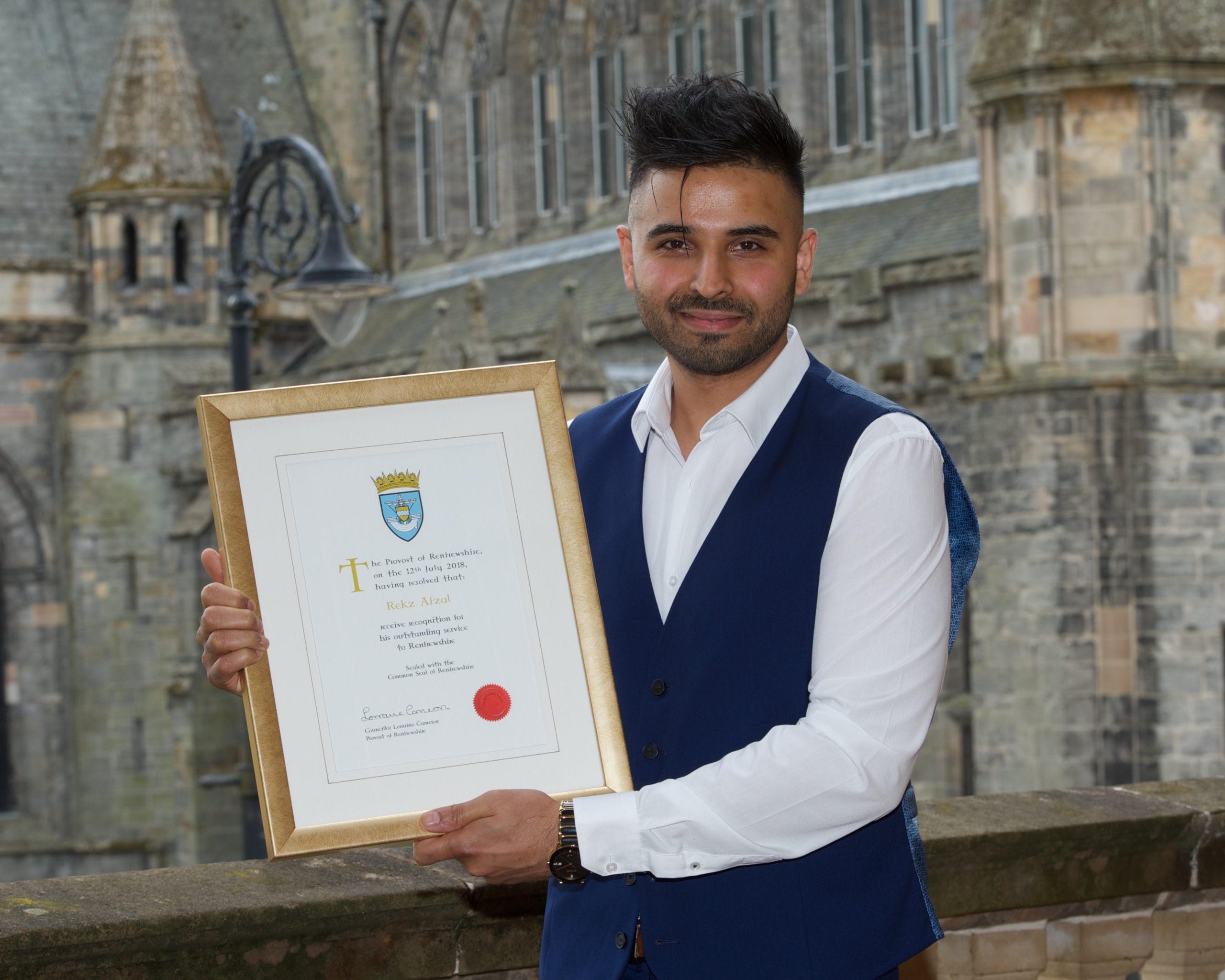 “Every one of the award winners is deserving of the accolade for the positive work they do and I’m delighted to be able to give them the recognition they deserve.

Anne and John Bellshaw – What started as a one-off charity event in memory of Anne’s brother has turned into 22 years of daredevil challenges, race nights and raffles. Fundraising for MND Scotland and ACCORD Hospice, and with the support of family and friends, they have raised more than £132,000 for these two great causes.

Peter Stewart – A youthful 90 years old Peter is still raising money for charity, culminating in his latest exploit, a 165ft abseil off the Forth Road Bridge. Following the loss of his wife, Peter has dedicated himself to a variety of different causes and challenges to make a difference to the lives of others.

Stephen Torrance – A long-time supporter of the Choose Life and SOBS group in Renfrewshire, Stephen has fundraised in the memory of his brother Vinny who took his own life in 2009. Hosting an annual golf tournament, Stephen has managed to raise not only money but much-needed awareness of the issue of male suicide.

Howwood Emergency Amateur Response Team (HEART) – This inspiring group of volunteers worked diligently within the local Howwood community during the severe weather earlier this year. They cleared local roads, visited elderly neighbours to ensure they were safe and well and ensured local school routes were safe for parents and children.

Rekz Afzal – A well-known community figure, Rekz has created a community fridge which allows people to buy essentials for those who may be in need. He has also organised local music events with the proceeds going to the One Giant Leap programme which supports young adults with disabilities through music and art.

Brian McClure – Taxi driver Brian has been honoured for his quick thinking that saved the life of a elderly woman. Spotting that a car had crashed into a stationary car, Brian performed emergency CPR on the driver who had suffered a heart attack which helped save her life.

Margaret Beacom – A true community hero, Margaret has been looking after her neighbour through a long-term illness to ensure they are coping, have the essentials in the fridge and are able to make all appointments they need to, which has gone a long way to improving their quality of life.

Glasgow News? Daily Updates part of our network
Why Edinburgh is a Great Place to Go to University