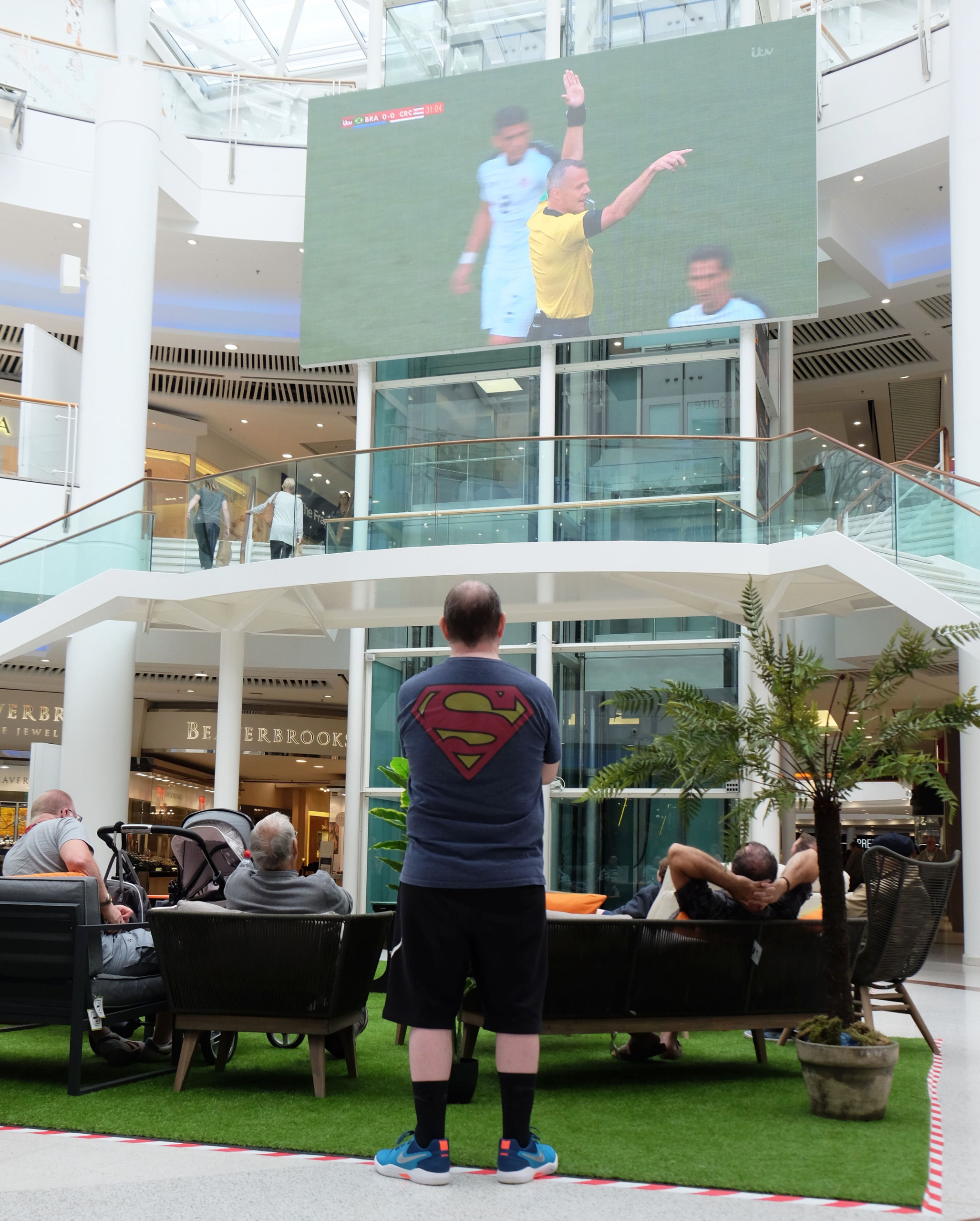 HUNDREDS of people have been getting a kick out of going shopping at intu Braehead…by watching football from the World Cup on the giant screen in the mall.

The shopping has been showing selected matches from the 2018 FIFA World Cup tournament, being staged in Russia, on their seven metres wide by four metres high screen in the central atrium. 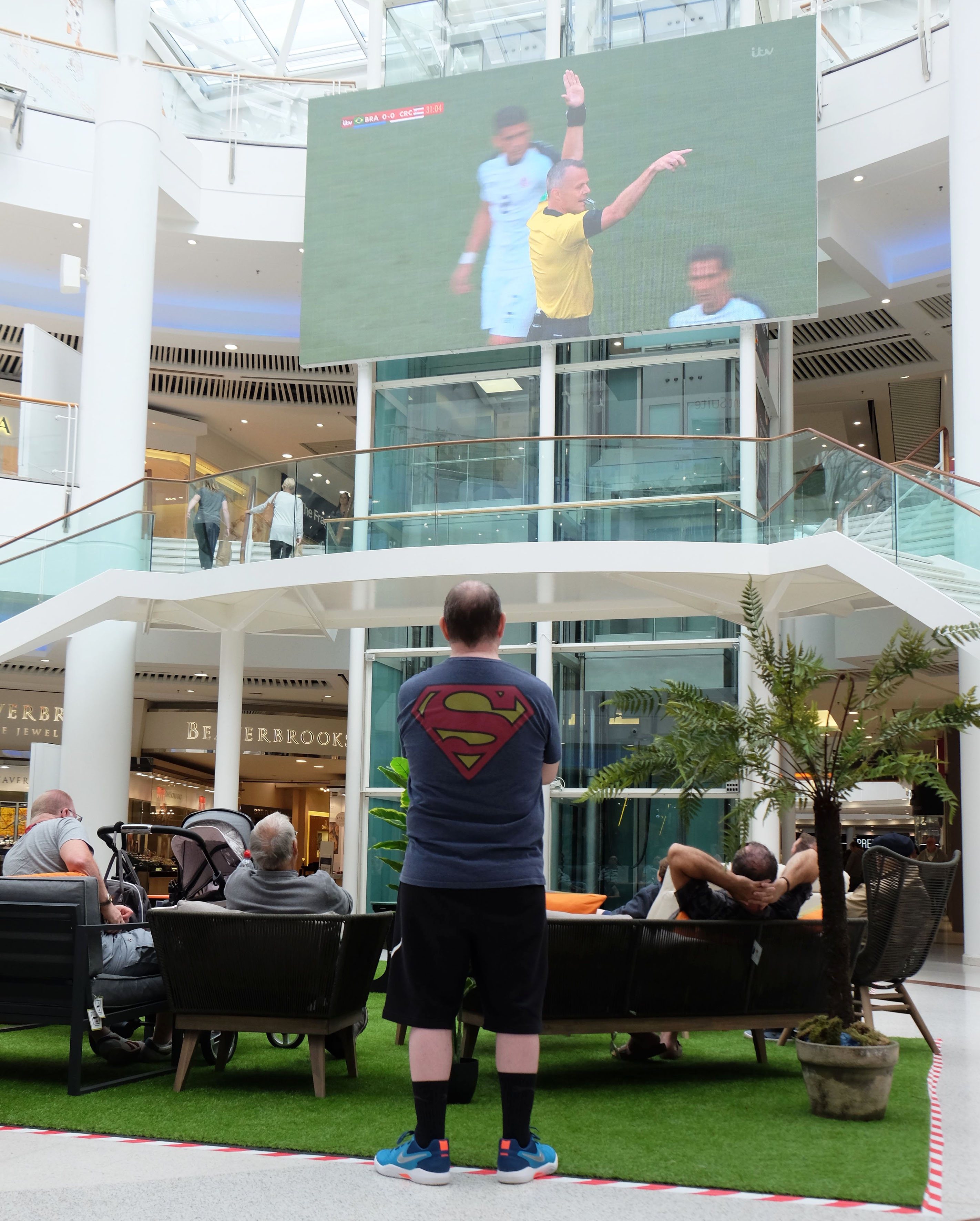 The matches have been attracting crowds in both the lower mall and around the balustrade on the upper floor, as shoppers take time to watch some of the world’s best footballers battle it out for the World Cup.

Marketing manager for intu Braehead, Christine Macdonald said: “It seems our shoppers are having a ball both inside and outside our stores as people are glued to the big screen with shopping bags at their feet. 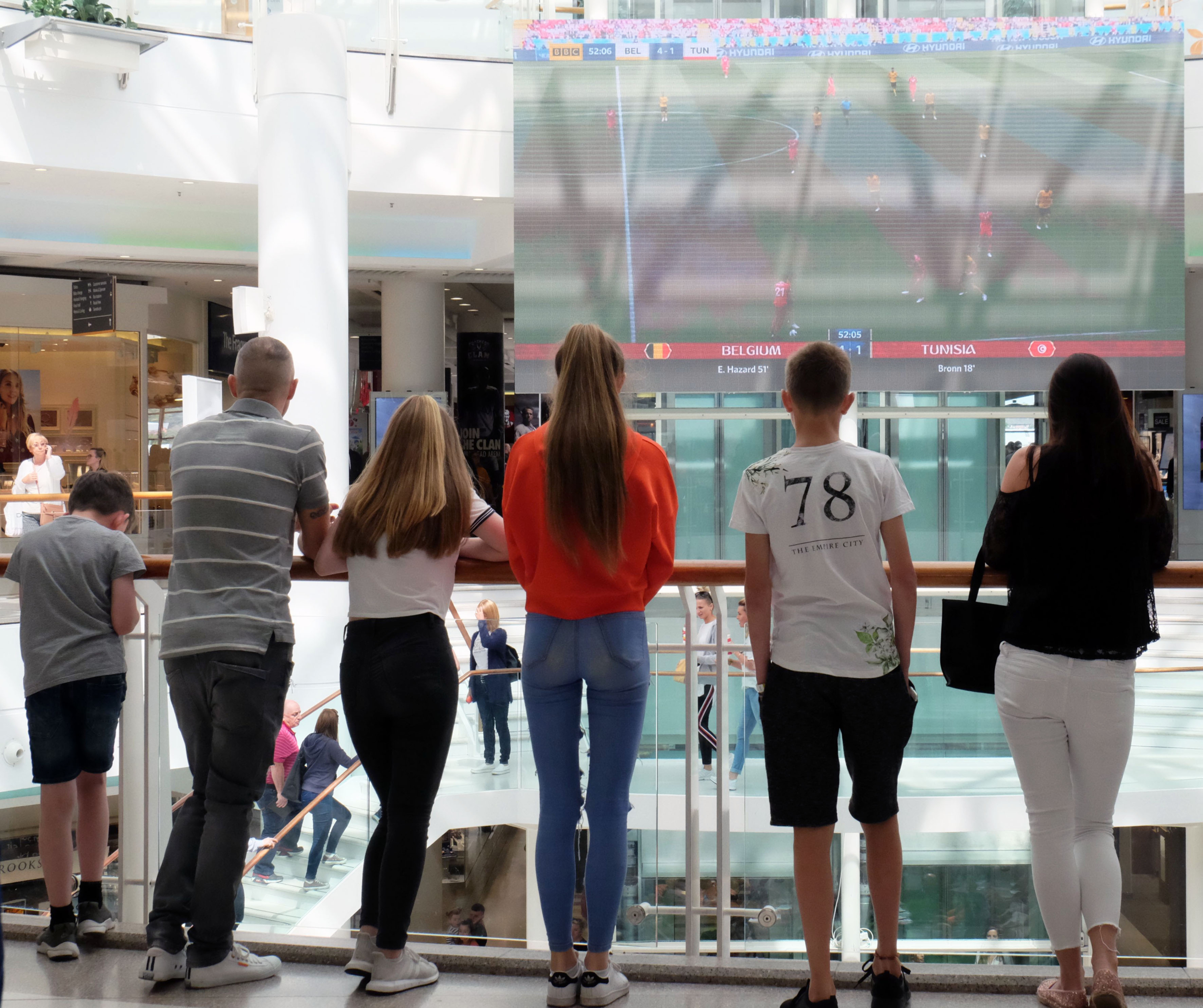 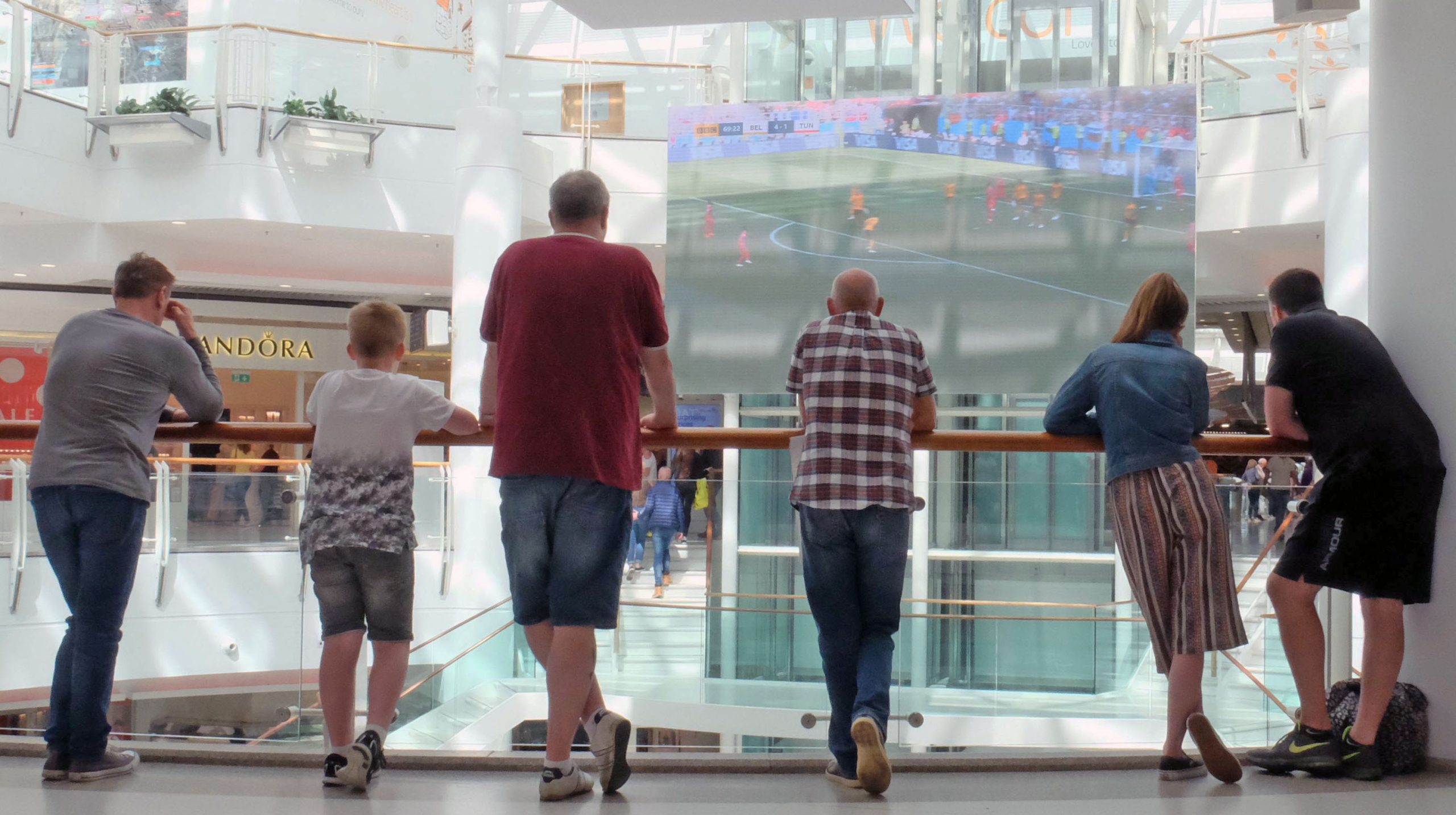 “Coverage of the games look fantastic on our giant screen and there are plenty more matches to look forward to at intu Braehead.”