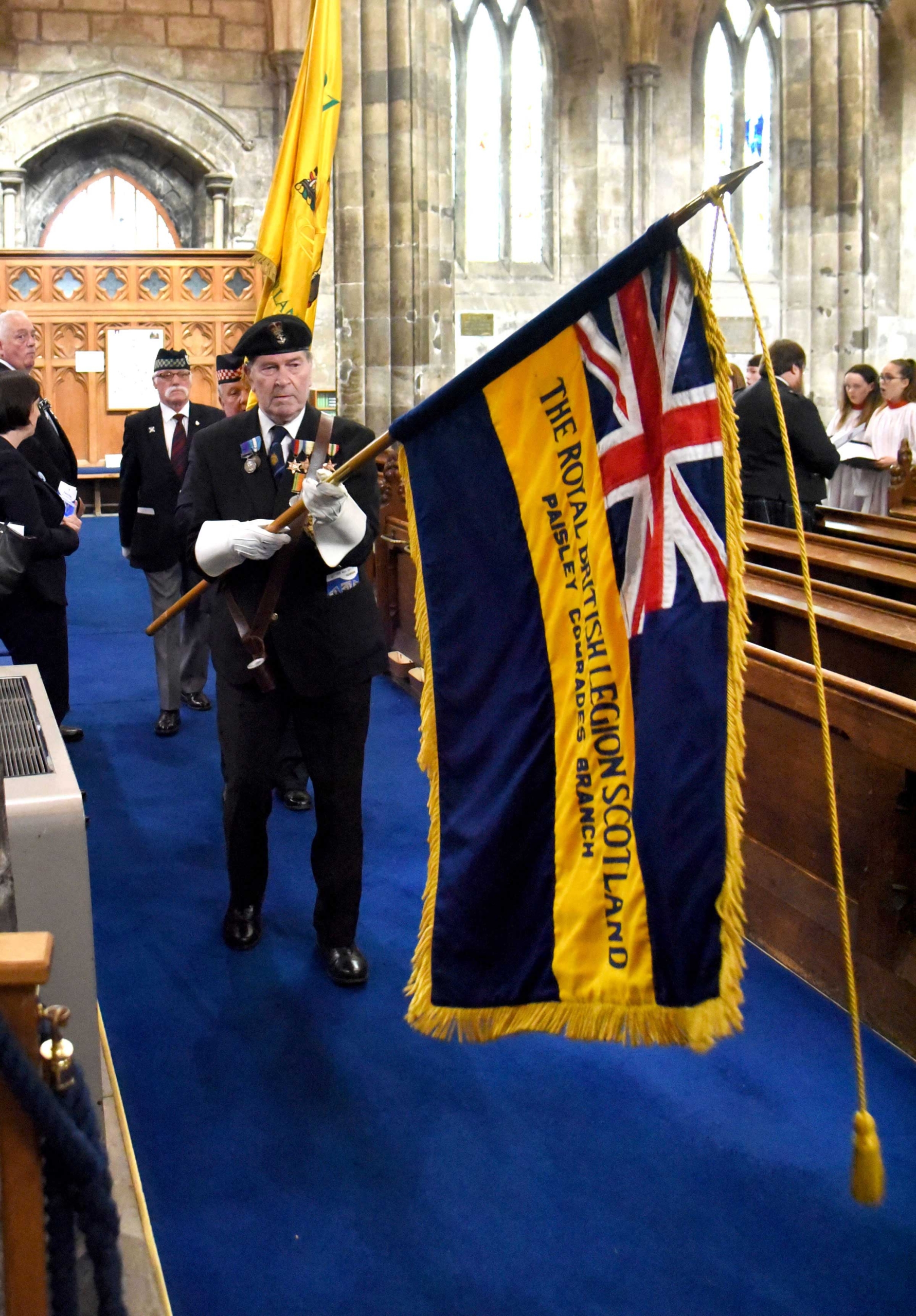 Renfrewshire and Inverclyde have joined forces to celebrate Armed Forces Day with a special service at Paisley Abbey. 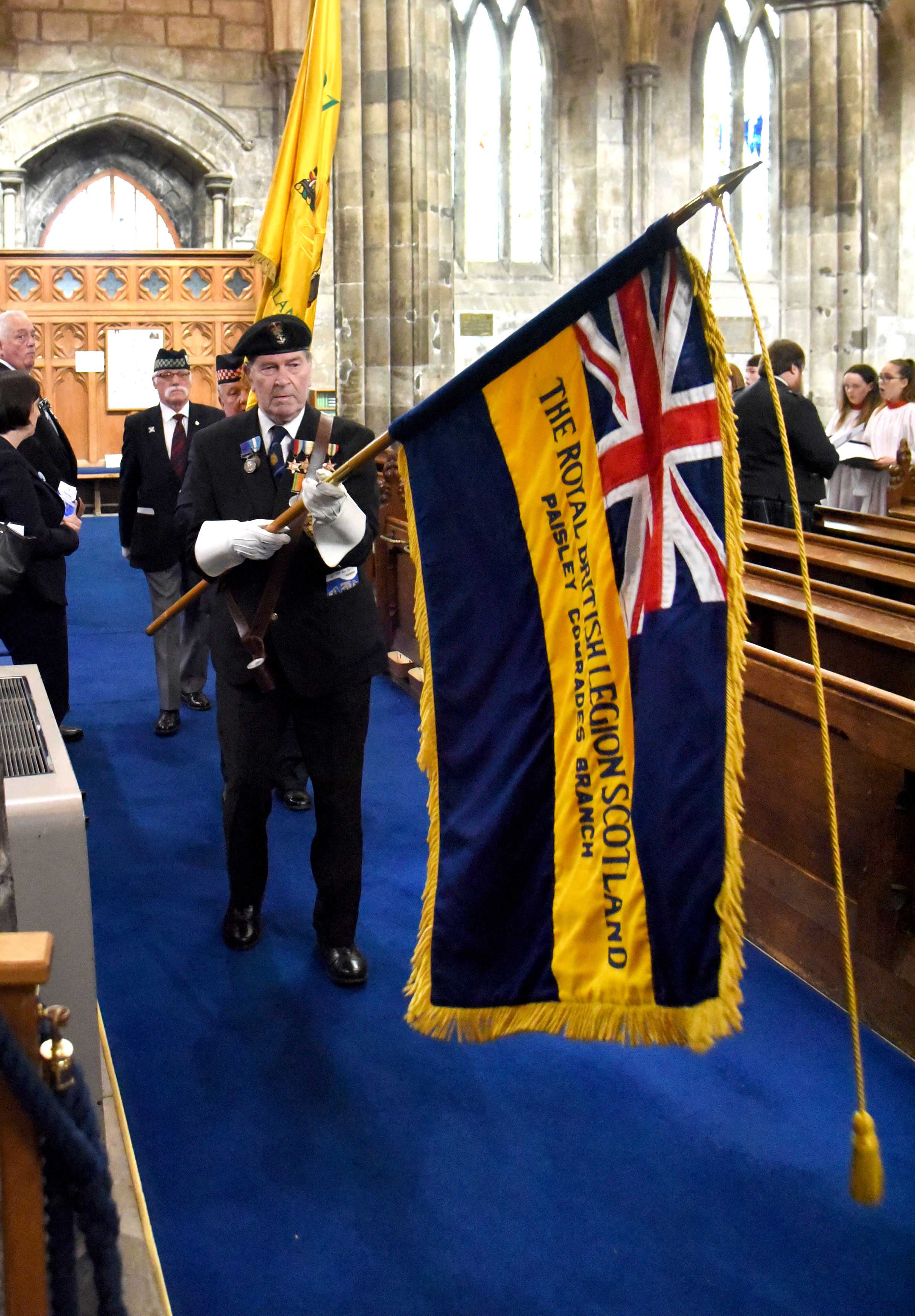 The Renfrewshire Schools Brass Ensemble performed within the Abbey as members of the congregation arrived for the service- which was led by Reverend Alan Birss, Minister of Paisley Abbey, Reverend Alan Sorensen, Minister of Wellpark Mid Kirk and Fr Matthew Carlin from the Diocese of Paisley.

The Lord-Lieutenant of Renfrewshire, Guy Clark, completed the first reading of the service, and was followed by Inverclyde’s Provost, Martin Brennan. 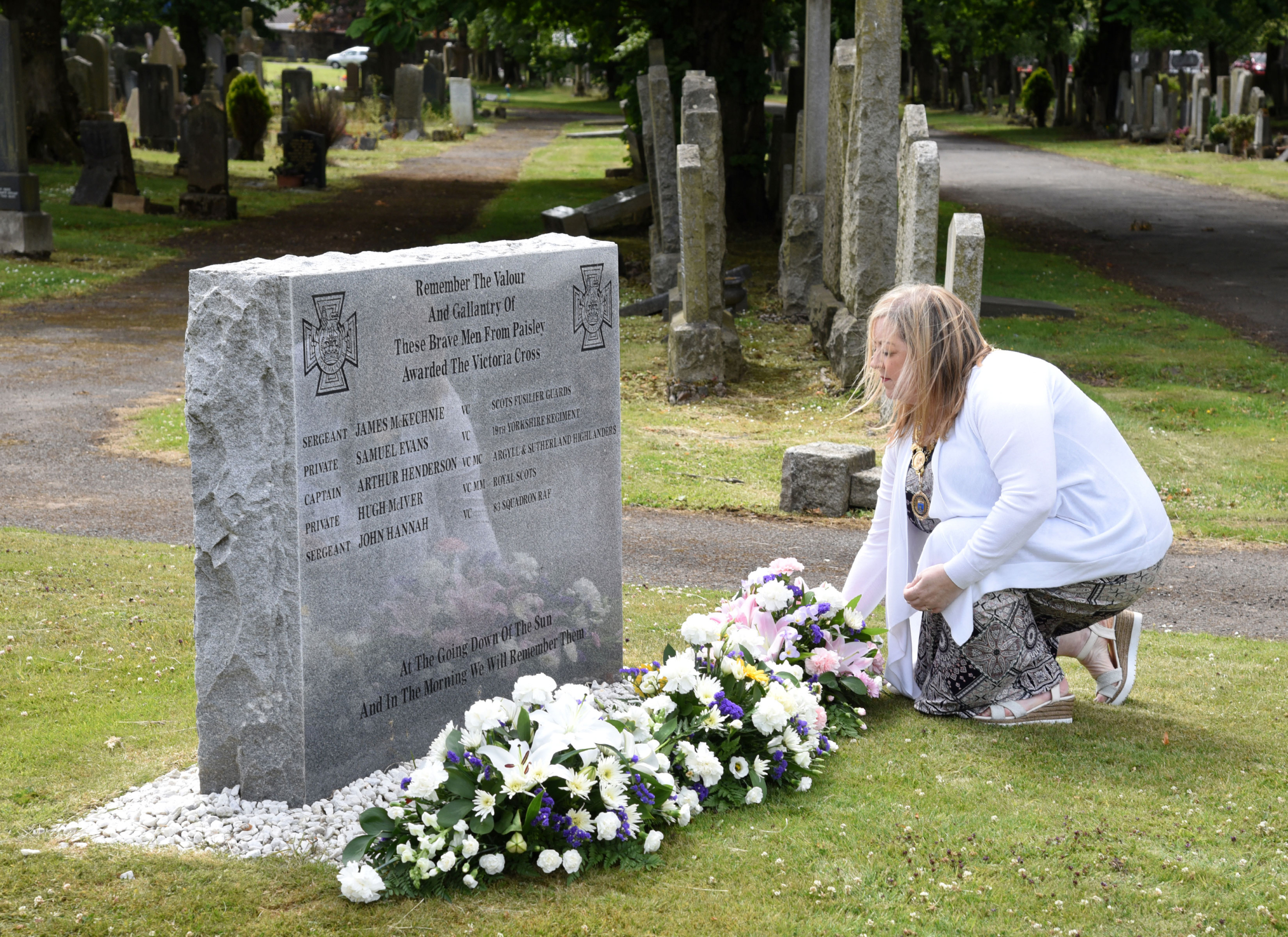 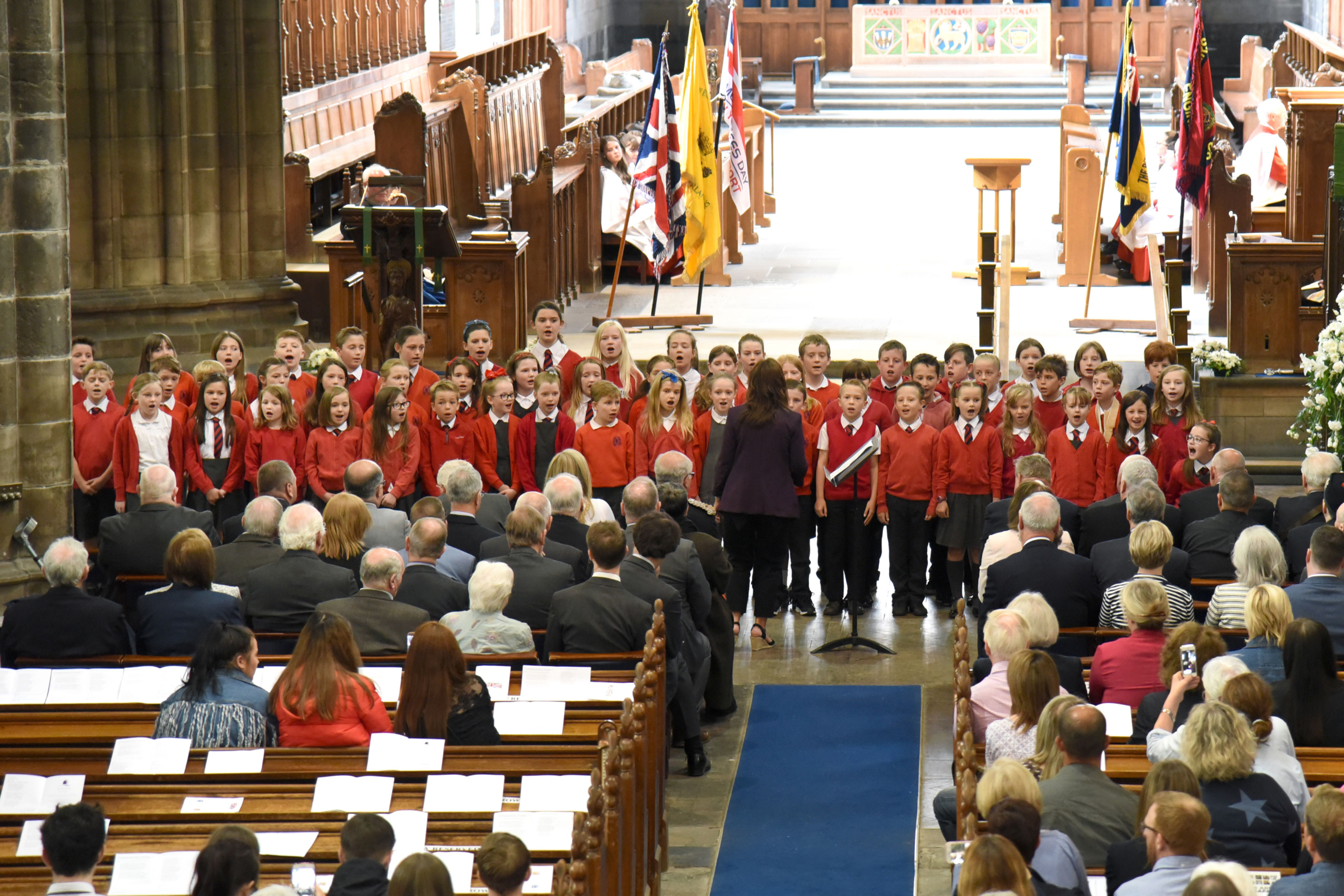 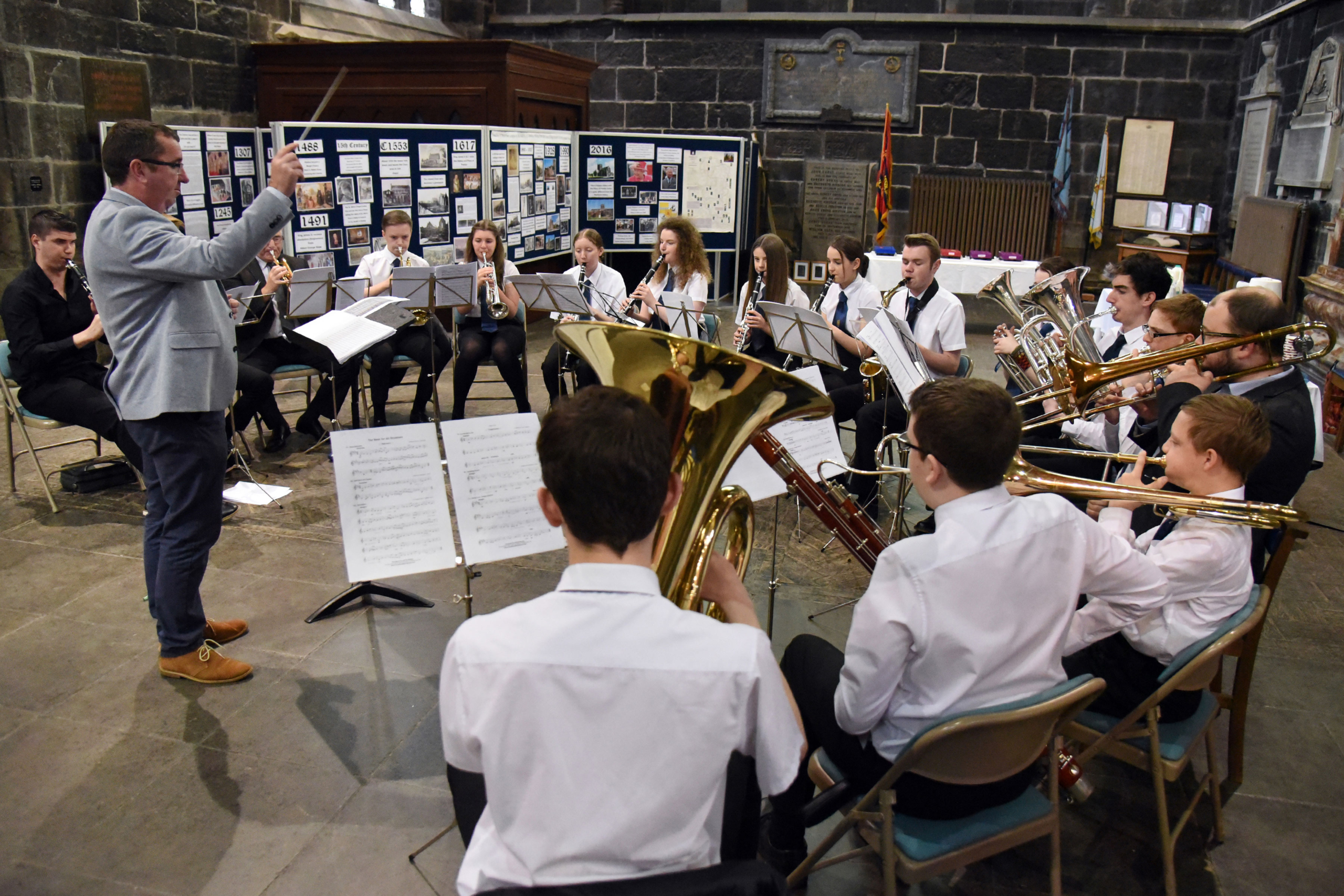 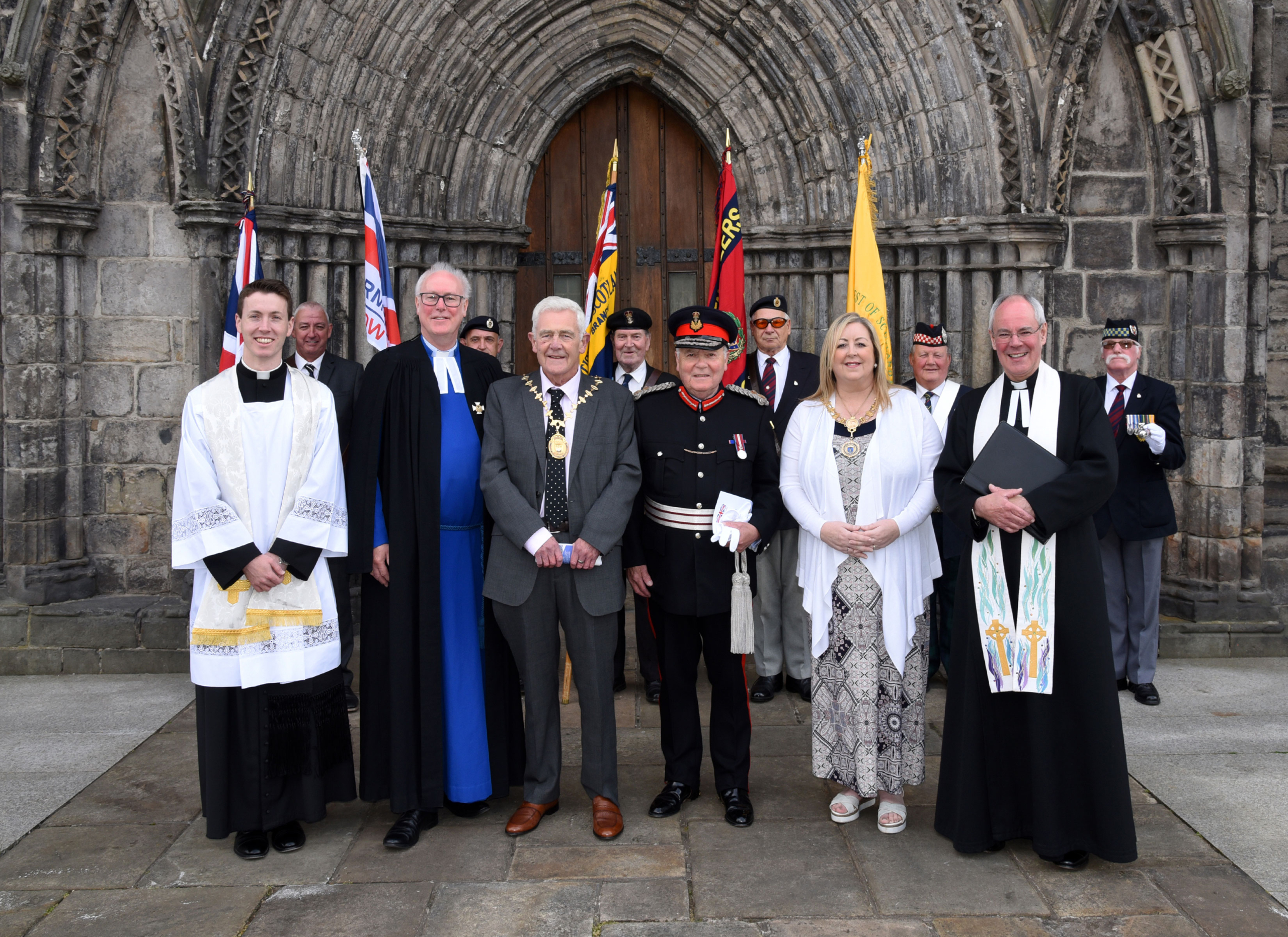 Renfrewshire’s Provost, Lorraine Cameron, then led the Prayer of Intercession and both Paisley Abbey Choristers and Bridge of Weir Primary School Choir filled the Abbey with the sound of music.

Provost Cameron said: “Armed Forces Day is an opportunity for us to gather and show our support for the men and women who make up the Armed Forces community.

“I was delighted to see such a large attendance of veterans, serving military personnel and members of the public there to pay tribute to those who have served, and currently serve in our name.”

The service took place in advance of the national Armed Forces Day – which is Saturday 30 June – in order to allow those in attendance the chance to pay tribute at both a local and national service.

The service was preceded on Friday by a short ceremony outside Renfrewshire House which saw the Armed Forces Day flag raised by Air Cadet Sergeants James Fulton and Aimee Dunlop, of the 396 (Paisley) Squadron.

The Cadets were chosen to raise the flag to represent the 100th Anniversary of the Royal Air Force and the Year of Young People.

Glasgow News? Daily Updates part of our network
How to choose a good university?