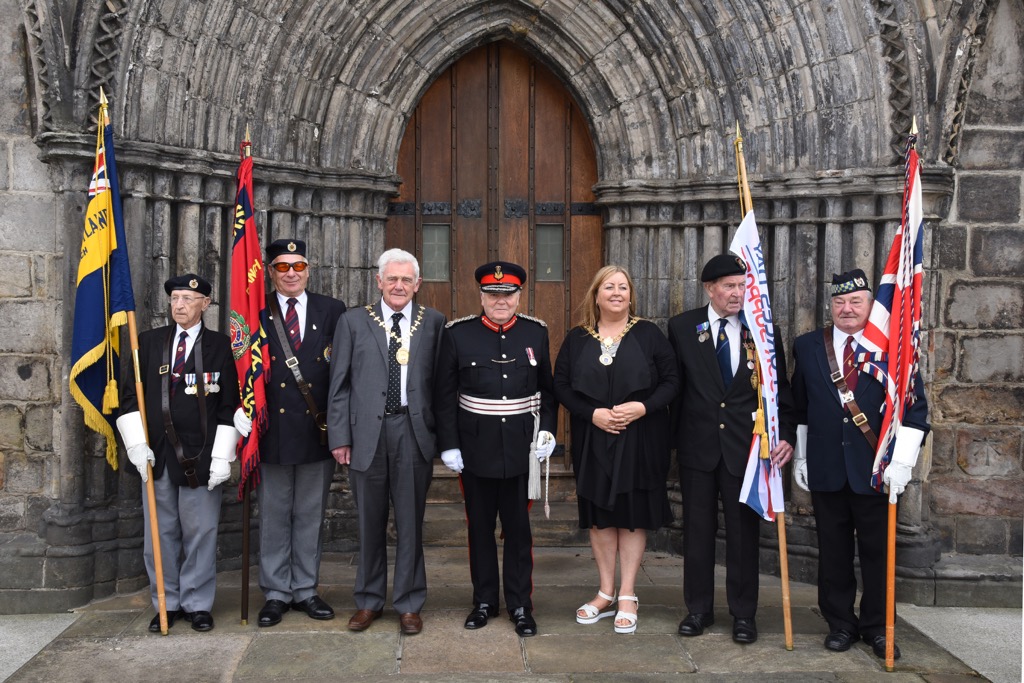 Renfrewshire and Inverclyde residents are being encouraged to attend a ceremony to celebrate our serving military men and women.

Serving troops, veterans and their families will join the Provosts of Renfrewshire and Inverclyde, as well as the Lord-Lieutenant of Renfrewshire, Guy Clark, to mark Armed Forces Day with a service in Paisley Abbey on Saturday 23 June.

Reverend Alan Birss, Minister of Paisley Abbey, will lead a short service at 10am to recognise the men and women who have served in the Armed Forces, both past and present.

A collection will be held at the service with donations going to Fares4Free, a charity providing free transport for veterans, assisting them with getting to appointments they might not otherwise be able to travel to.

Renfrewshire Provost Lorraine Cameron said: “Our Armed Forces make sacrifices every day to protect our country and we must ensure we support them wherever possible.

“Armed Forces Day brings the communities of Inverclyde and Renfrewshire together to pay our respects to those who have served, and to recognise those who currently serve in our name.

“I would encourage as many people as possible to attend.”

Inverclyde Provost Martin Brennan said: “This is an opportunity for us all to show our support for the men and women who make up the Armed Forces community, including veterans and cadets, and to recognise their outstanding contribution to this country now and in the past.

“Many serving members are currently deployed in extremely dangerous parts of the world and their morale is significantly improved knowing that back home they have the support of the public and that their families are being cared for.”

As well as the joint service with Inverclyde, Renfrewshire will host a flag raising ceremony on Friday 22 June, at 11am, outside Renfrewshire House.

To commemorate the 100th Anniversary of the Royal Air Force and the Year of Young People, Air Cadet Sergeants James Fulton and Aimee Dunlop from 396 Paisley Squadron, will raise the flag which will fly for seven days.

Inverclyde will host a flag raising service on Monday 25 June, 10:30am, at Clyde Square, Greenock.