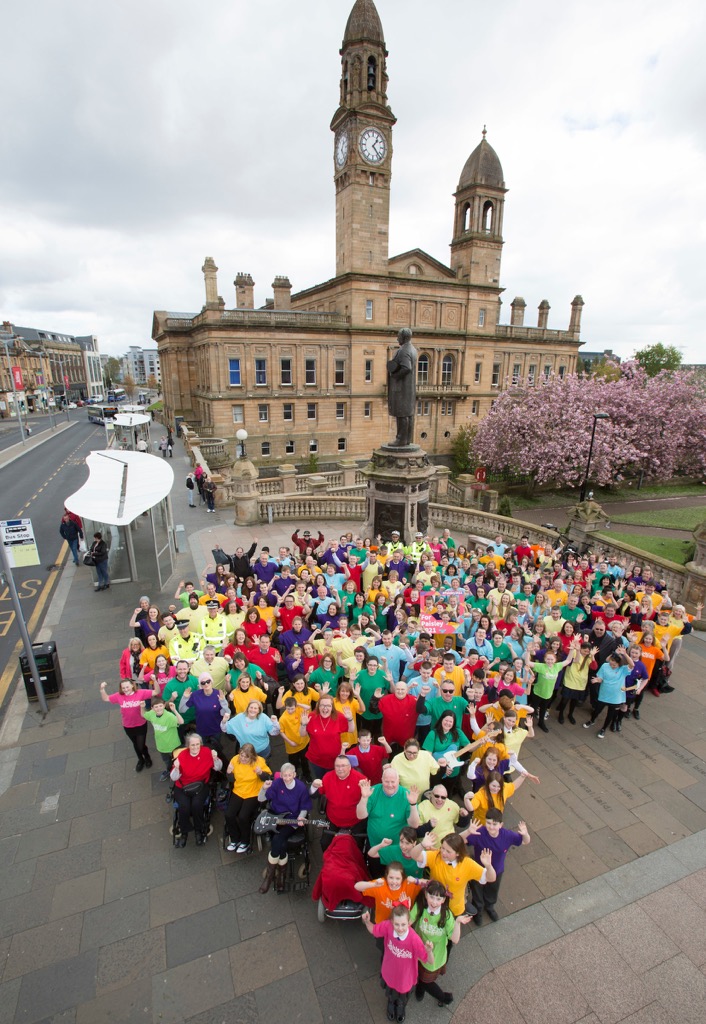 The people of Paisley have been thanked after the PR campaign behind the town’s bid to be UK City of Culture 2021 was honoured at the UK PR industry’s Oscars.

Renfrewshire Council beat off competition from some of the UK’s biggest names to be named best Arts, Culture and Sport campaign at the 2018 Chartered Institute of Public Relations Excellence Awards in London – and was the only Scottish entry to win an award.

Feedback from the expert judges said the Paisley 2021 campaign’s aim to ‘change lives through a major perception shift about Paisley was inspiring’ and it had ‘created a powerful legacy for the community’. 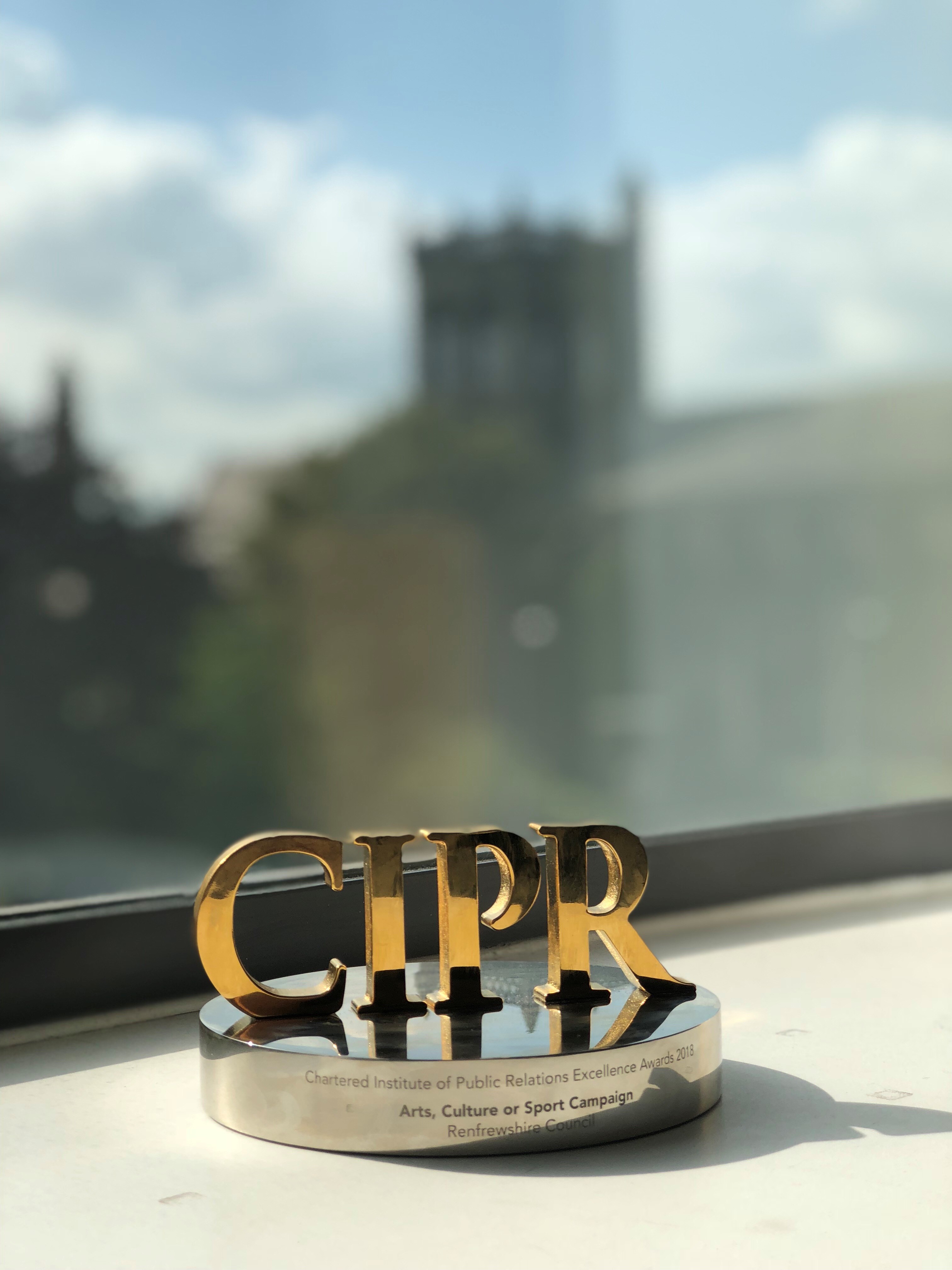 Paisley was the only Scottish place to make the final shortlist for the UK City of Culture 2021 competition, and the first-ever town to do so. The Paisley 2021 campaign saw an unprecedented community engagement push where 38,000 people – equivalent to half the town’s population – interacted with the bid over two years.

It took the town’s profile to new levels, with the Paisley 2021 PR campaign reaching 780m people, and visits from international media including the New York Times, the FT, the Guardian, De Telegraaf (Holland), the Irish Independent and Chinese Weekly Press. 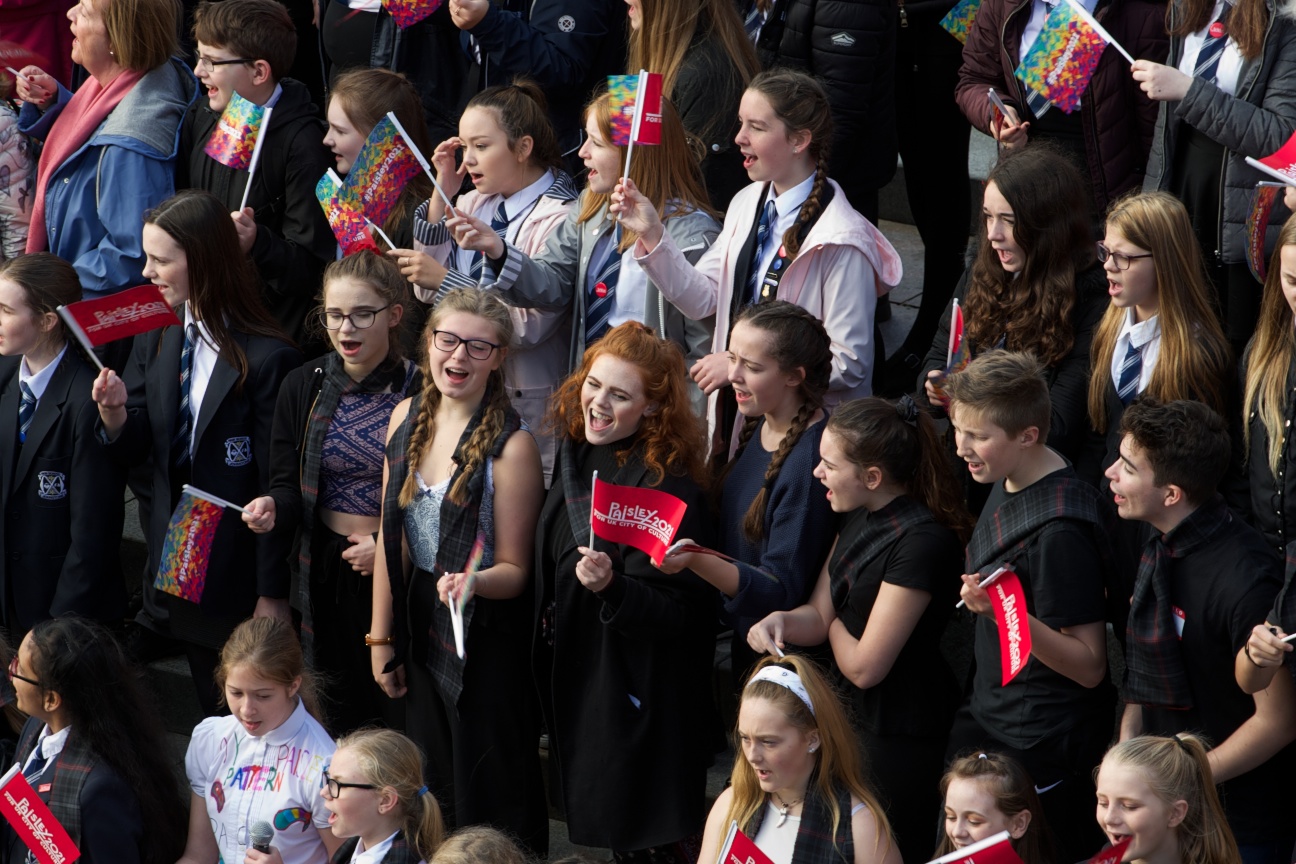 The campaign also secured the backing of locally-born celebrities Paolo Nutini and Gerard Butler, plus figures from across the political spectrum, including Scotland’s First Minister Nicola Sturgeon.

Louisa Mahon, Renfrewshire Council’s head of communications, marketing and events: “For us to win one of the UK’s biggest PR awards shows this was an exceptional campaign.

“Despite the outcome of the UK City of Culture competition, we always felt Paisley won in other ways – the town changed for the better over the past two years, and the judges recognised the key role PR and community engagement played in that.

“We were bold in tackling some of the negative perceptions of the area at home and further afield. We did that by shining a spotlight on why Paisley matters to the world – our globally-significant heritage, fascinating untold stories, and the creativity and radical spirit in Paisley’s DNA.

“For us to be recognised on a UK stage shows Paisley’s profile has gone to a totally new level – and we will build on that in the future as we promote the town as a destination for visitors and events.”

And he added: “In my two decades of working in Paisley I haven’t seen anything capture the public’s imagination like the 2021 campaign – or make as big a difference to people who had most to gain.

“Some of the feedback we had was humbling – we work with people in Ferguslie Park who told me the bid created opportunities which have been life-changing for them.

“Thanks to the PR campaign there’s now an understanding culture isn’t something we do for the sake of it – it’s something which is changing the town for the better, and that journey will continue.”

For more information on what’s happening in Paisley, visit www.paisley.is

Glasgow News? Daily Updates part of our network
Double parking and parking on pavements to be Prohibited