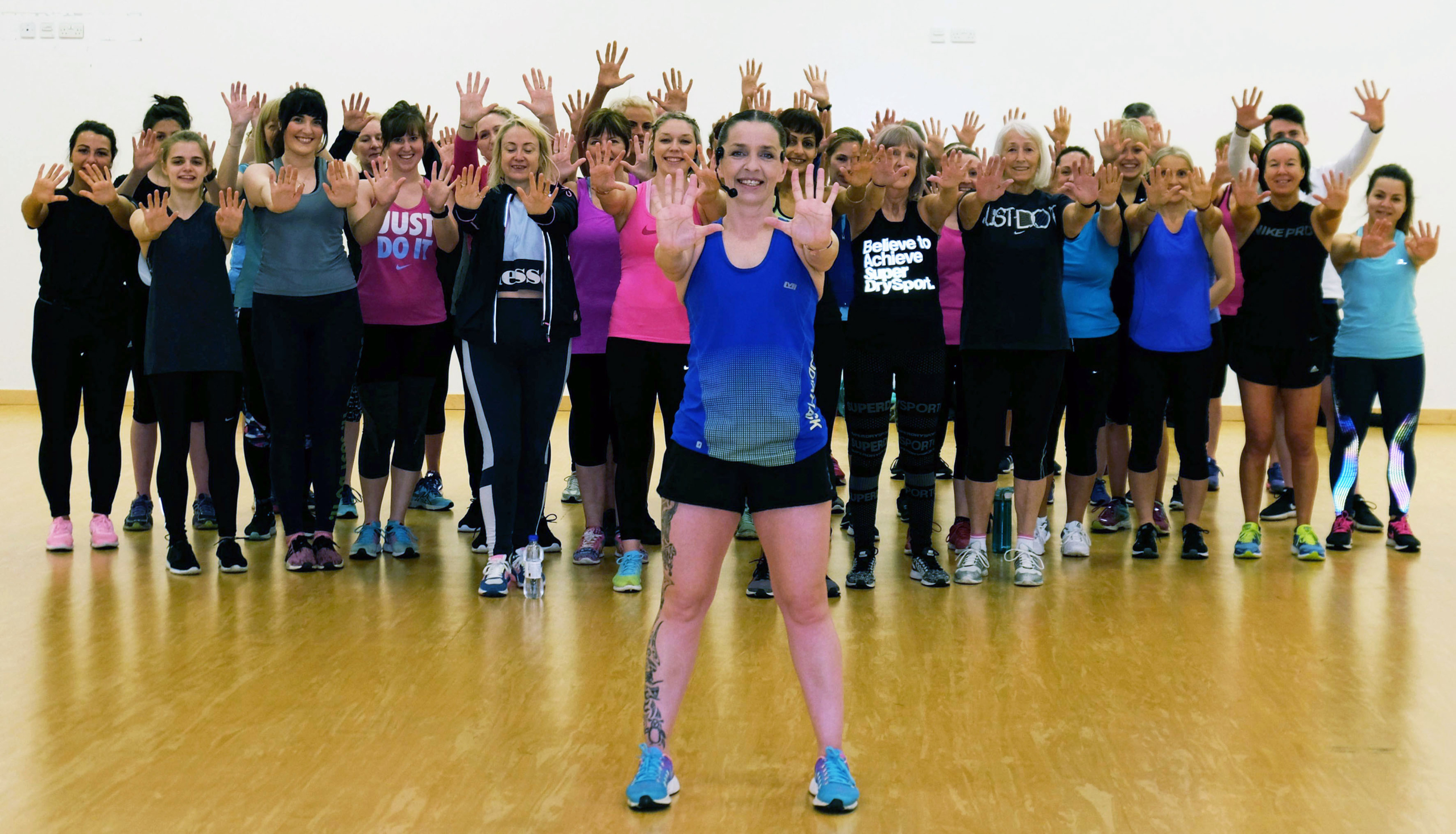 LESLEY Cochrane has been given ten out of ten for the way she runs her fitness classes.
After all, she’s been teaching Body Attack, Body Pump and Body Combat for ten years, this month. Lesley, 42, from Linwood is a fitness instructor with Renfrewshire Leisure and was given a round of applause by her class at Linwood’s ON-X Sports Centre last week, when they were told it was the tenth anniversary of her teaching the popular workouts, devised by the internationally-renowned fitness guru, Les Mills.

Lesley said: “I can hardly believe it’s been ten years since I took my first Body Attack class, in the old Linwood Sports Centre. 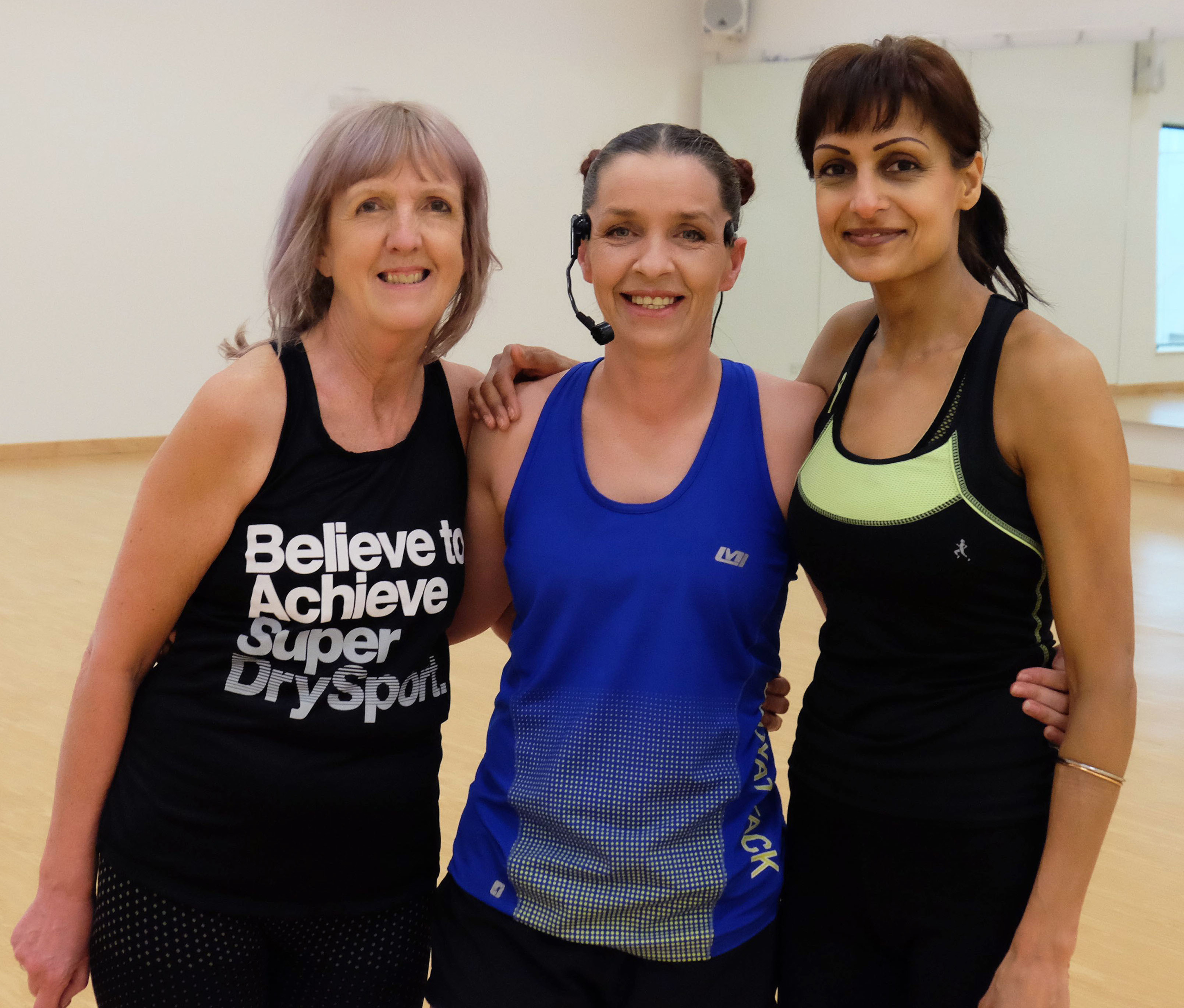 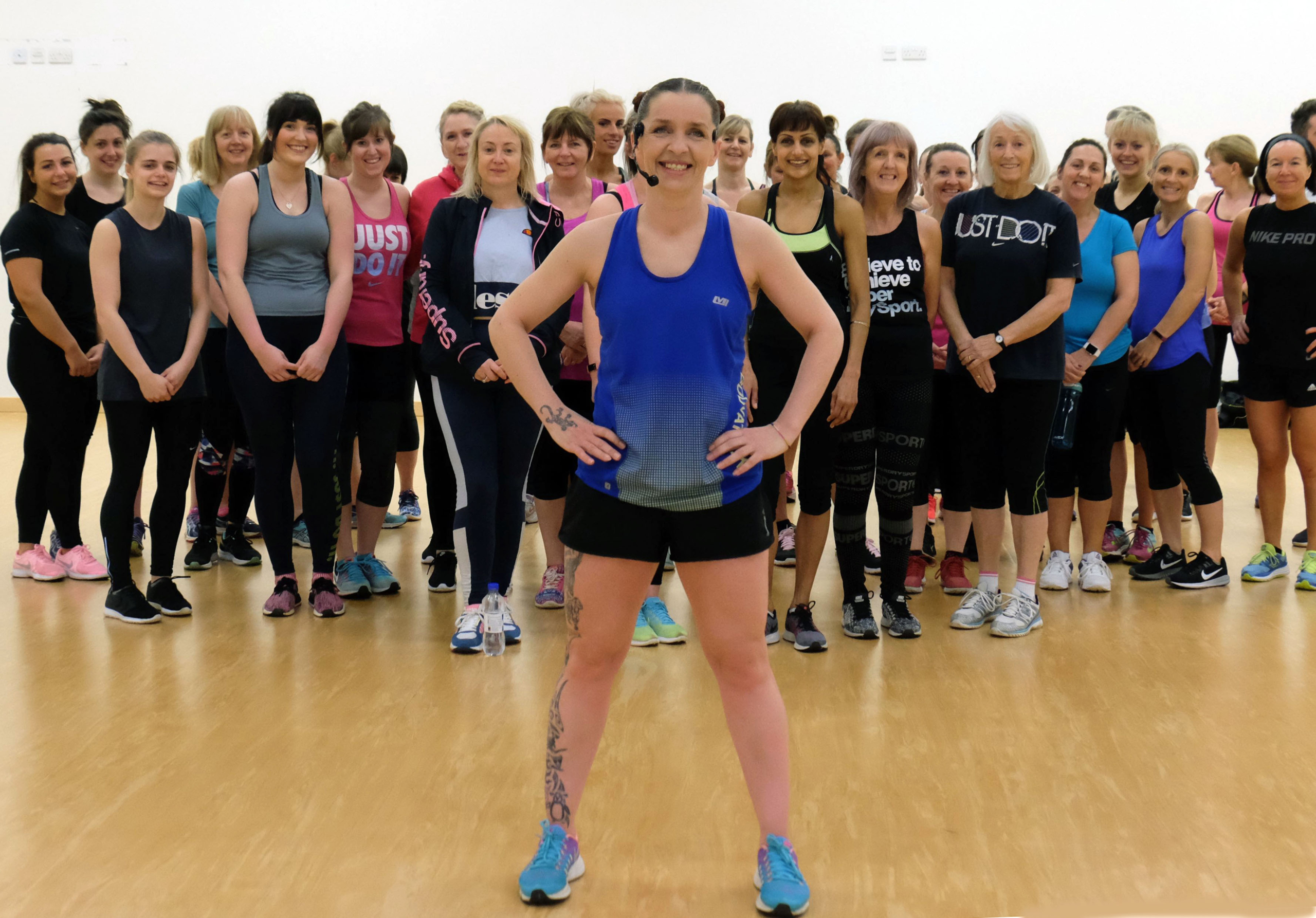 “We’ve had some great times at the classes over the years and once we were in the sports hall and there some kids playing on a bouncy castle next to us. The youngsters were watching us, then started copying our moves and before I knew it, they had moved over to our side of the hall and joined the class.

“I do all the exercises along with the class and it was such a hard physical workout, I thought I wouldn’t last another ten classes, never mind ten years of classes.
“But I’ve got a lot fitter myself over the years by taking these classes and there are women who were at my first class and still come along today.”

Two of these women are Hazel Black and Kam Bamrah, both from Houston Renfrewshire.
Hazel said: “Going to Lesley’s classes has been really enjoyable and I’ve made some good friends there. It’s exercise and fun at the same time.”

Kam added: “We know we’ll always get a good workout with Lesley. I’ve been coming for such a long time because I really enjoy her classes.”

Renfrewshire Leisure chief executive, Joyce McKellar said: “Our aim is to make keeping fit as interesting and as enjoyable as possible. With instructors like Lesley working for us and the fact people have been coming to the classes for ten years, shows that we’re doing exactly that.”