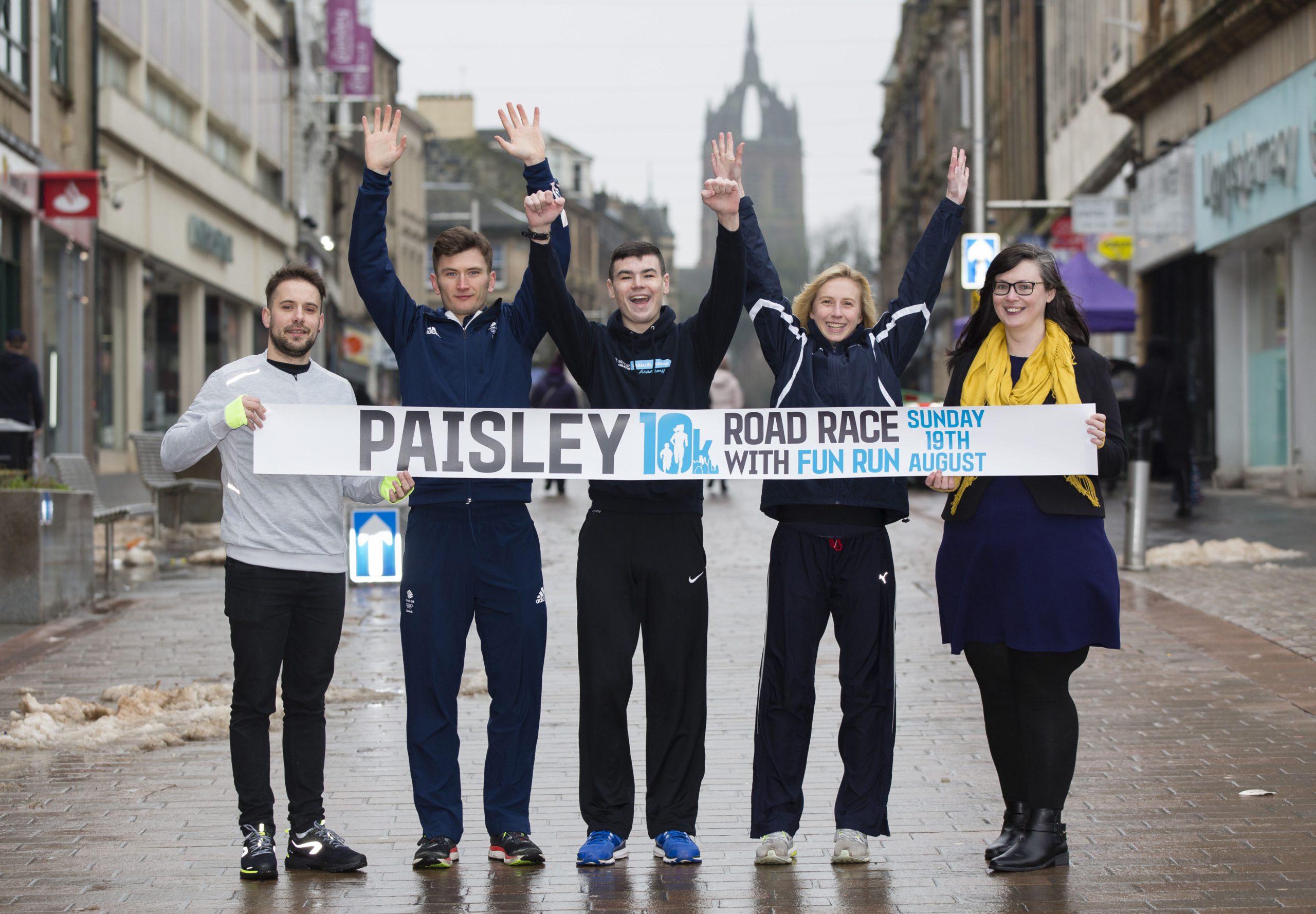 The race is on to sign up for this year’s Paisley 10k Road Race and Fun Run.
The popular event – sponsored by sports and outdoors retailer, Decathlon – takes place on Sunday, August 19.

And now the starting gun has been fired for people to register for the 10k race and shorter Fun Run, organised by Renfrewshire Leisure.

A record number of people took part in last year’s events with 3598 runners – old and young – pounding the streets of Paisley.

Macmillan Cancer Support is the Paisley 10k Race official charity partner for the fourth year.
And yesterday, some well-known faces in Scottish athletics took to Paisley’s High Street to encourage people to sign up for the 10k or Fun Run.

They were Olympic marathon runner, Derek Hawkins and Gemma Rankin, who was last year’s women’s winner of the Paisley 10k. And they were joined by Ross Paterson, a successful para athlete, who took time out from training for his sprint races at the Cerebral Palsy International Sports and Recreation Association World Games, in Spain later this year.

This year’s race has £2000 of prize money and trophies up for grabs and for the fun runners, there will be 1st, 2nd and 3rd prizes given to ages seven and under, eight 8 to 11″ and 12 to 15 year olds.
Renfrewshire Leisure chief executive, Joyce McKellar said: “Every year the event just gets better with more people taking part. This year will no different.

“The 10k Road Race is ideal for serious athletes and people who like to set themselves a challenge as they keep themselves fit.

“And the Fun run is great for youngsters and other family members who can complete the shorter course. It’s a great chance for charities and other organisations to collect sponsorship by completing the Fun Run.”

Joyce added: “The whole day has a carnival atmosphere with lots of street stalls and entertainment going on.”