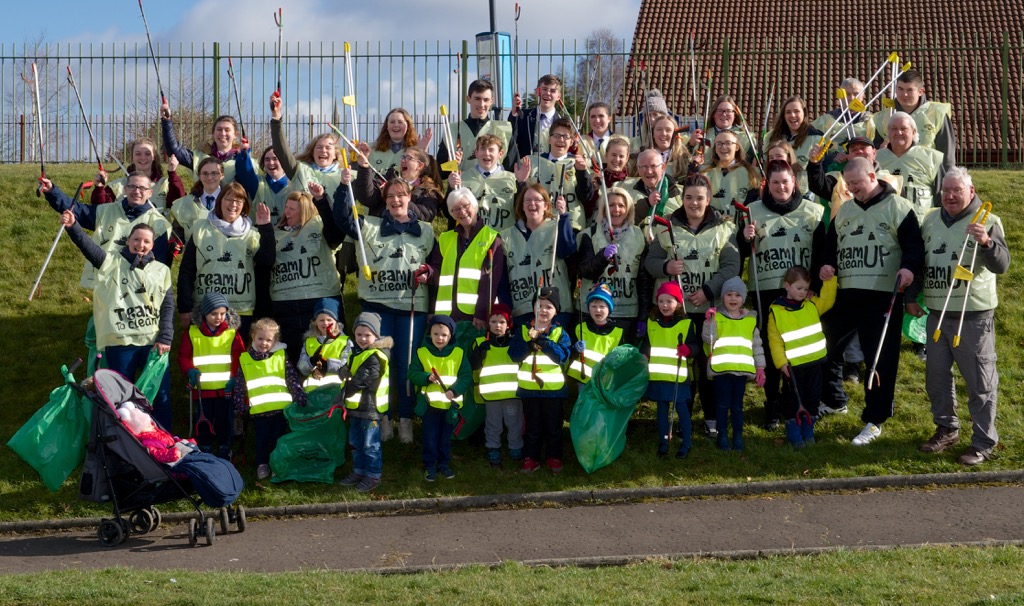 67 pupils took the opportunity to improve their local environment as they tackled litter left within the park, while also learning how to influence their classmates into using the bins around the school and at home.

The Renfrewshire Wardens were also on hand to discuss the effect dropping litter can have on the environment and local wildlife, as well as their job of enforcing fines to those caught in the act.

More than 80 bags of litter were collected during the clean up, which has made a real difference to the appearance and cleanliness of the popular park. 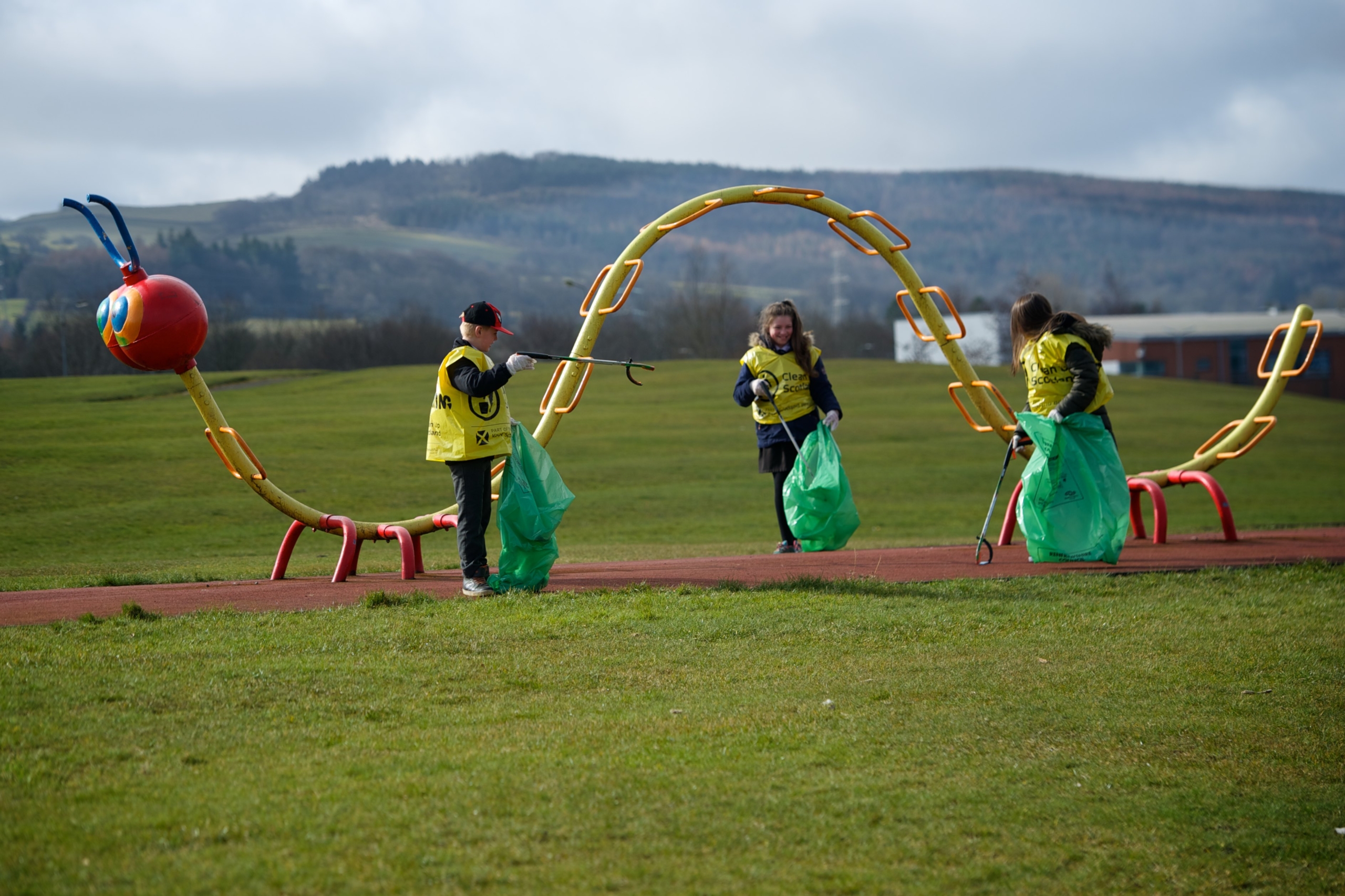 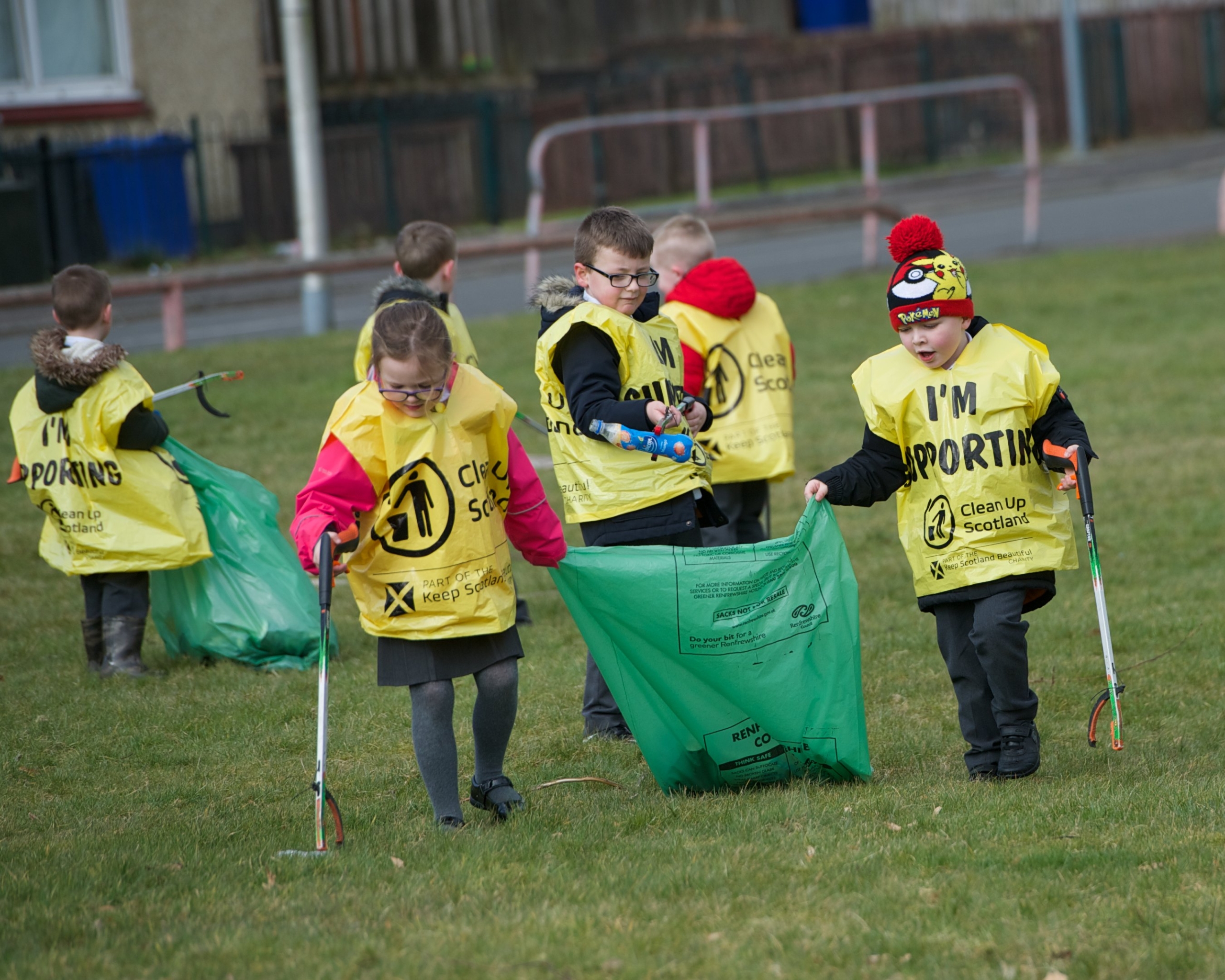 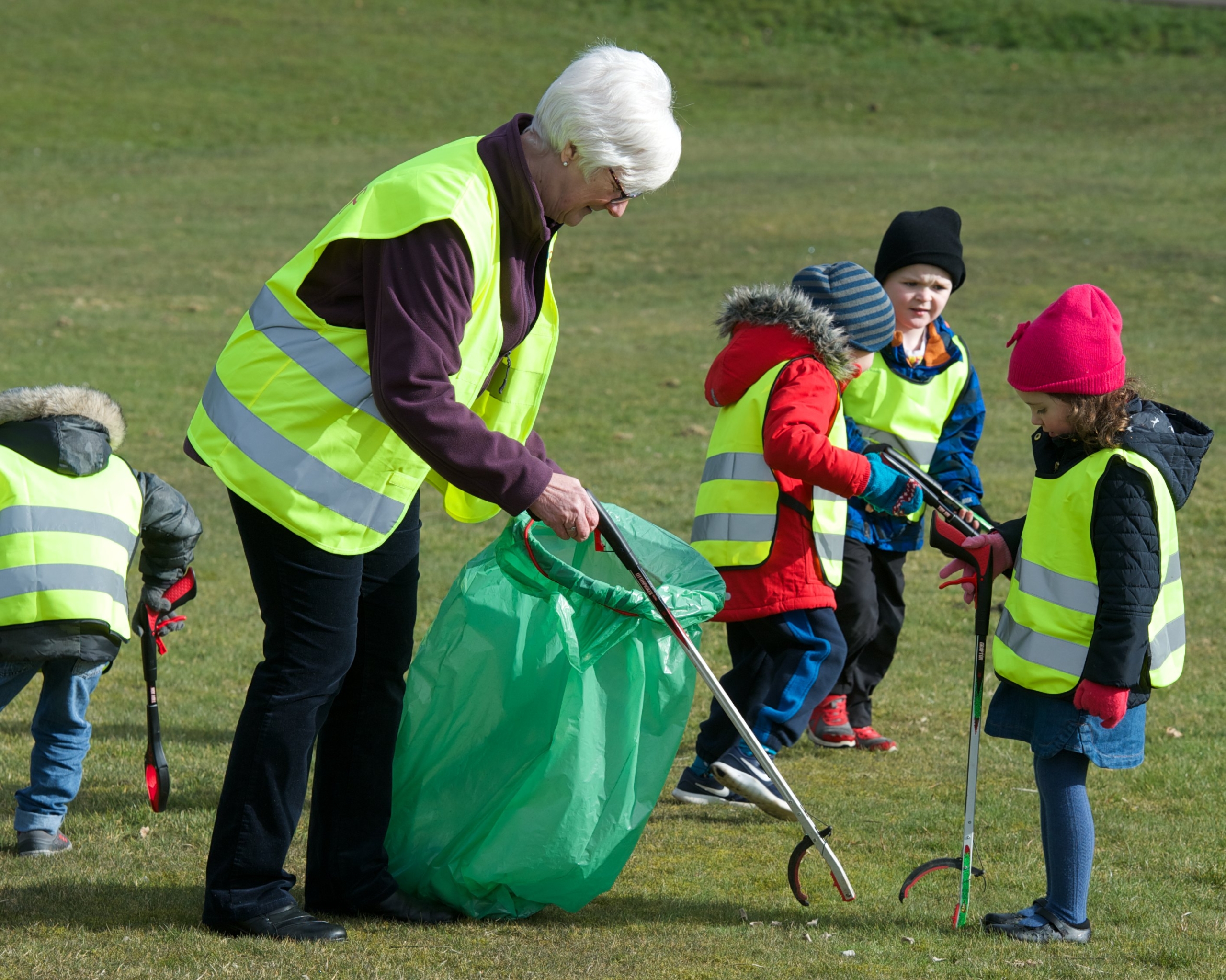 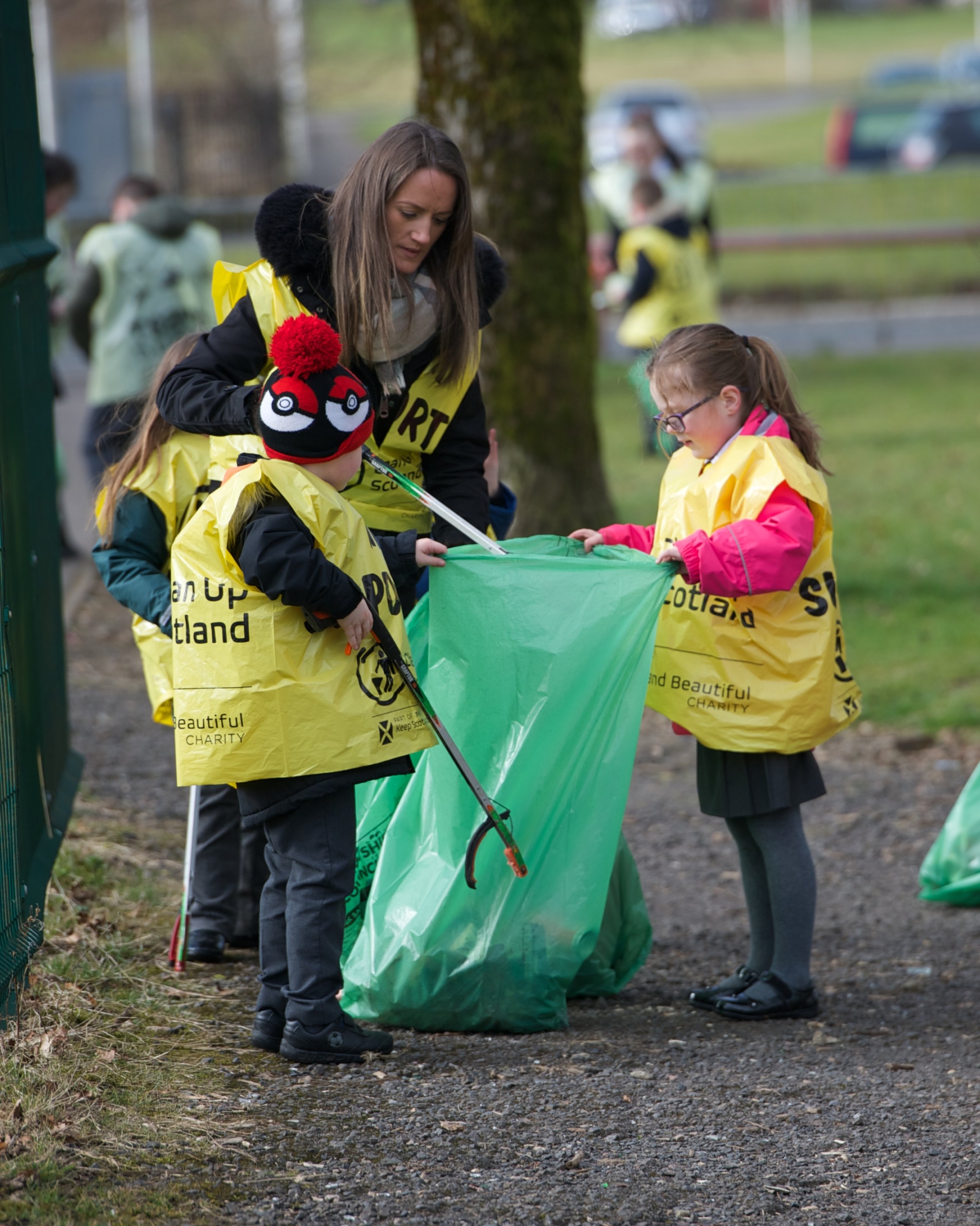 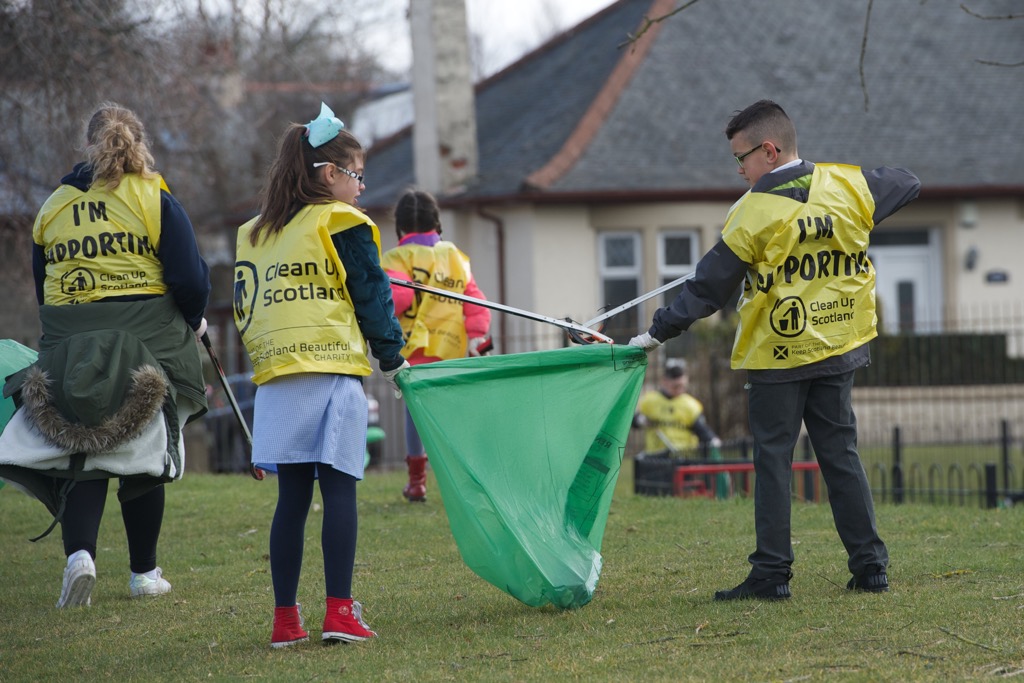 The clean up took place in advance of Renfrewshire’s Big Spring Clean which is set to take place between 20-22 April.

A key event as part of the Team Up to Clean Up campaign, communities across Renfrewshire are being urged to get involved with the aim of holding a clean-up in as many towns and villages as possible.

Councillor Cathy McEwan, Convener of Renfrewshire Council’s Infrastructure, Land and Environment Policy Board, said: “It’s fantastic to see yet another brilliant turn out at one of our community clean ups, and especially encouraging to have the young people from local Johnstone schools in attendance.

“It is important that the younger generation are aware of the damage littering can do and the importance of keeping their local community clean.

“I hope they’ll be inspired, along with everyone else, to take part in our Big Spring Clean in April where we hope the entire Renfrewshire community will get behind the campaign.

“If we can hold a clean up in as many communities as possible, this will hopefully provide the spark for them to be kept clean and for people to take a pride in their local area.”

The Team Up to Clean Up campaign was given a major boost earlier this month as councillors committed to investing £2.5million in improving Renfrewshire’s environment across the next five years – doubling the initial annual investment.

The commitment ensures the continuation of an increased road sweeping service, improved gully cleaning programme, strengthened Rapid Response Team and dedicated litter pickers out in every community, as well as supporting the local community to undertake community clean ups.