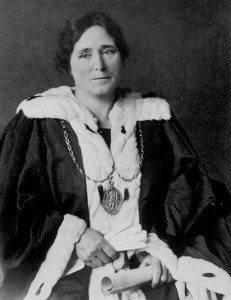 They were remarkable women whose achievements were all too often overlooked by the history books.

Now the life and times of some of Renfrewshire’s exceptional ‘silent’ women from the Victorian and Edwardian eras will be explored in a new heritage project. ‘The Ladies A,B and C’ will investigate the contributions of Mrs Jane Arthur, Mrs Mary Barbour and three of the Mrs Coats from the famous textiles manufacturing family.

Their stories will be explored as a way of inspiring their modern day counterparts as part of a project with Social Historian Lil Brookes. She is running a series of workshops with women from Paisley’s Disability Resource Centre.

The eight weeks project is supported by Renfrewshire Council’s Culture, Heritage and Events (CHE) Fund, and will also incorporate a tribute to the upcoming International Women’s Day on March 8. The workshops are due to start in early February and Lil said: “The aim of the project is to raise awareness of the women’s often forgotten contribution to their community and how their stories are still relevant and interesting to women in the Paisley and Renfrewshire community today.

“A lot of the time when we talk about the famous Coats family you would never even know there were any Mrs Coats. They become silent people and don’t seem to have a voice.

“But Margaret Glen, the wife of Thomas Coats, set up the Paisley branch of the Ladies Sanitary Association, while Mrs Archibald Coats was interested in the work of the Scottish Girl’s Friendly Society. Following her death the Mrs Archibald Coats Memorial Hall was opened in Weighhouse Close. Bertha Coats was interested in many areas of welfare in the community but particularly with the wellbeing of children and she was recognised for this becoming  a Freewoman of Paisley.

“I started thinking about other women I would like to explore a little better, and one is Jane Arthur, the sister-in-law of Thomas Coats.”

The feminist and activist became the first Scottish woman to stand for a school board and was elected to the Paisley school board in 1873. She also became vice-president of the Paisley Ladies’ Sanitary Association, which promoted public baths.

Lil added: “She was a woman of privilege but seemed to use her position to have a voice. But today nobody talks about her so it’s maybe a case of giving her and the others a voice again after all these years.”

The project will also learn about Kilbarchan-born Mary Barbour, who was a key player in fighting rent increases imposed by Glasgow landlords during World War One.

In 2015 a stone cairn was erected in the village where she was born in 1875 to mark her achievements.

From the retold stories, themes relevant to women today like equality in the workplace, education, healthcare, housing issues, and sexual politics can be discussed and explored by the women taking part in the workshops.

For more information on the CHE Fund which is still accepting applications, please go to www.paisley2021.co.uk