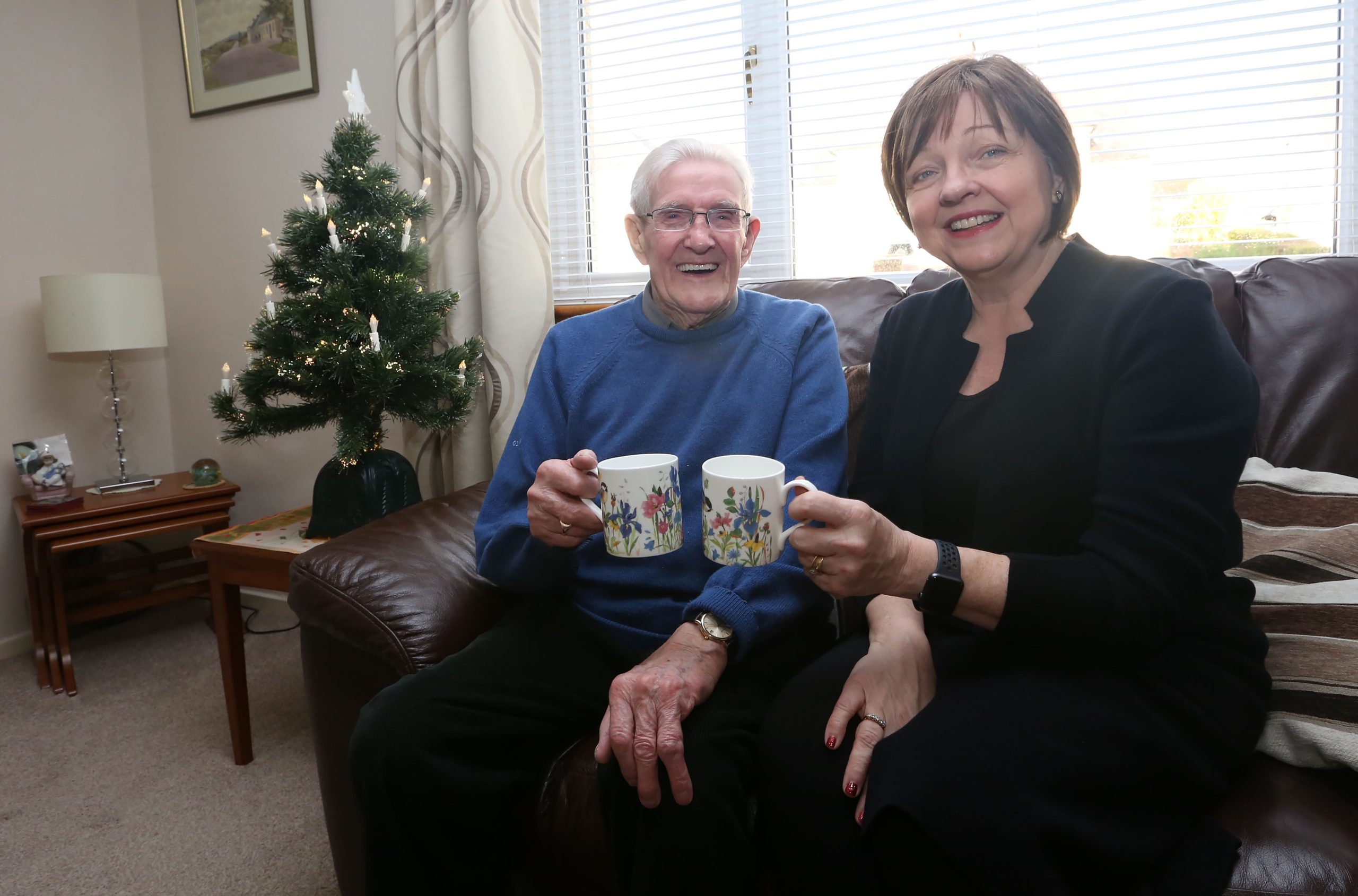 For grandad Bruce Watt, home is where the heat is.

The 87-year-old Bridge of Weir resident has seen his fuel bills plummet while his house stays warm, thanks to support from a national energy efficiency scheme. Bruce is one of more than 500 Renfrewshire residents to benefit last year from external wall insulation works funded through the Home Energy Efficiency Programmes for Scotland (HEEPS) Area Based Scheme.

Renfrewshire Council secured £2.39million from the Scottish Government, adding a further £737,000 of its own and a £500,000 contribution from energy company Eon, who delivered the works. “It has made such a difference,” said retired Bridge of Weir Leather joiner Bruce, who bought his Houston Road flat 17-years-ago with his late wife. “My bills have come right down and I can put the heating on for an hour, head out and when I come back home I still feel the heat right away. “The outside of the building looks so much nicer too and when I’m out people comment on how great it looks – they can’t believe we didn’t have to pay a penny thanks to the Council.”

Homes in Bridge of Weir, Gallowhill, Houston, Johnstone, Kilbarchan and Lochwinnoch were all upgraded last year through the scheme, including all 12 properties in Bruce’s block.

The scheme involved using thermal imaging to identify a building’s heat loss and includes a home energy audit, checking to see where savings can be made on bills.

Bruce, who turns 88 on Valentine’s Day, added: “I love it here, I have such great neighbours and everyone looks after one another. I love the views I get from my kitchen – looking right out you can see for miles on a clear day.

“Now when the sunlight comes in through the windows it doesn’t disappear again out the walls. My two daughters are really impressed and it’s not something I could have afforded to do myself as it would have cost thousands.”

Hundreds more homes in Bridge of Weir, Linwood and Paisley will be offered the energy efficiency improvements this year, the programme being delivered through partnership with Everwarm to housing blocks with a mix of private owners and socially rented properties.

Councillor Marie McGurk, Convener of Renfrewshire Council’s Communities, Housing and Planning Policy Board said: “It was a pleasure to share a cup of tea with Bruce and hear first-hand how pleased he is with the improvements to his home.

“We have worked hard to secure millions in Scottish Government HEEPS funding, directing this to the Renfrewshire residents who need it most.

“The works make a real difference to the warmth and comfort of a home and are estimated to help residents save around 25 per cent on their heating bills, hugely important in tackling fuel poverty.

“There are benefits for the local environment too, with more energy efficient homes reducing our carbon footprint. I look forward to the scheme’s continued success in Renfrewshire, helping both Council tenants and home owners.”

All Renfrewshire residents can also get help managing their fuel bills by calling the free, confidential and impartial Advice Renfrewshire on 0808 164 2922.

Class of 2017 – Latest line of InCube entrepreneurs have designs to s...
Scroll to top