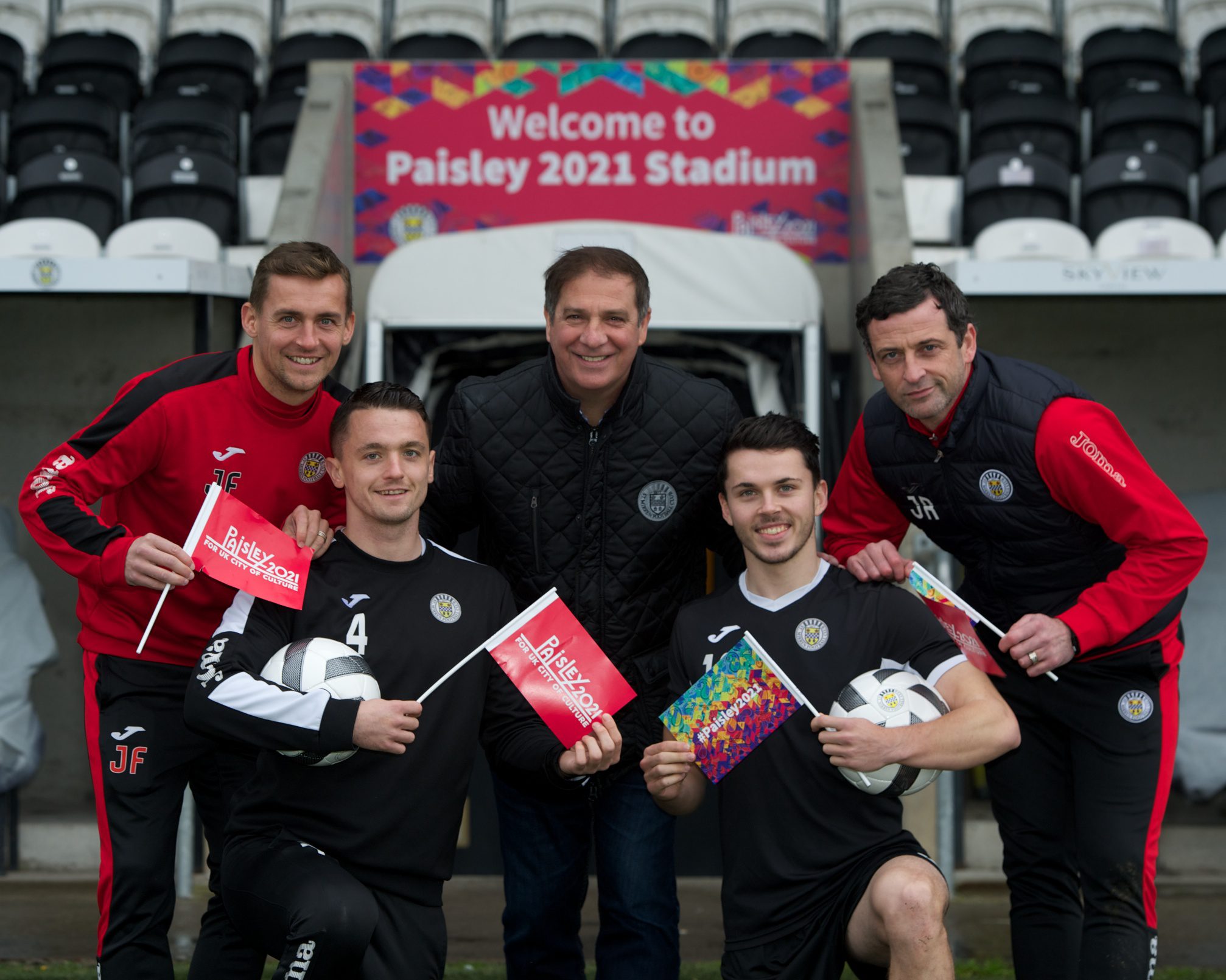 St Mirren FC will continue to fly the flag for Paisley’s UK City of Culture 2021 bid with an extension to a deal to keep its stadium name in place until the end of May 2018. If the town takes title there will be an option to extend the sponsorship to retain the name of the Paisley 2021 Stadium until May 2022.

The news is announced as the club erected new signage outside the stadium and is an extension of the original two year two-year sponsorship and stadium naming rights deal struck with Renfrewshire Council in November 2015. 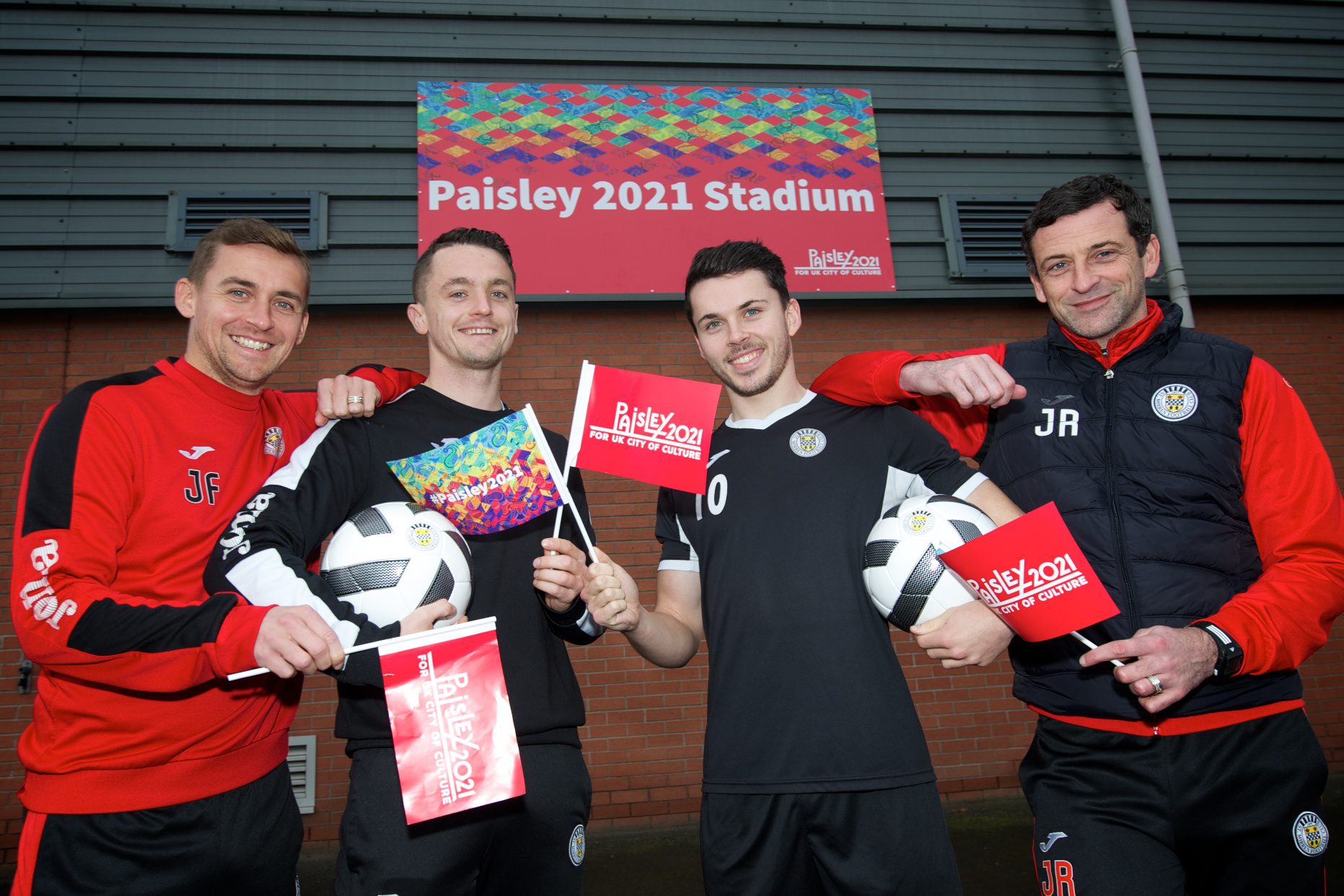 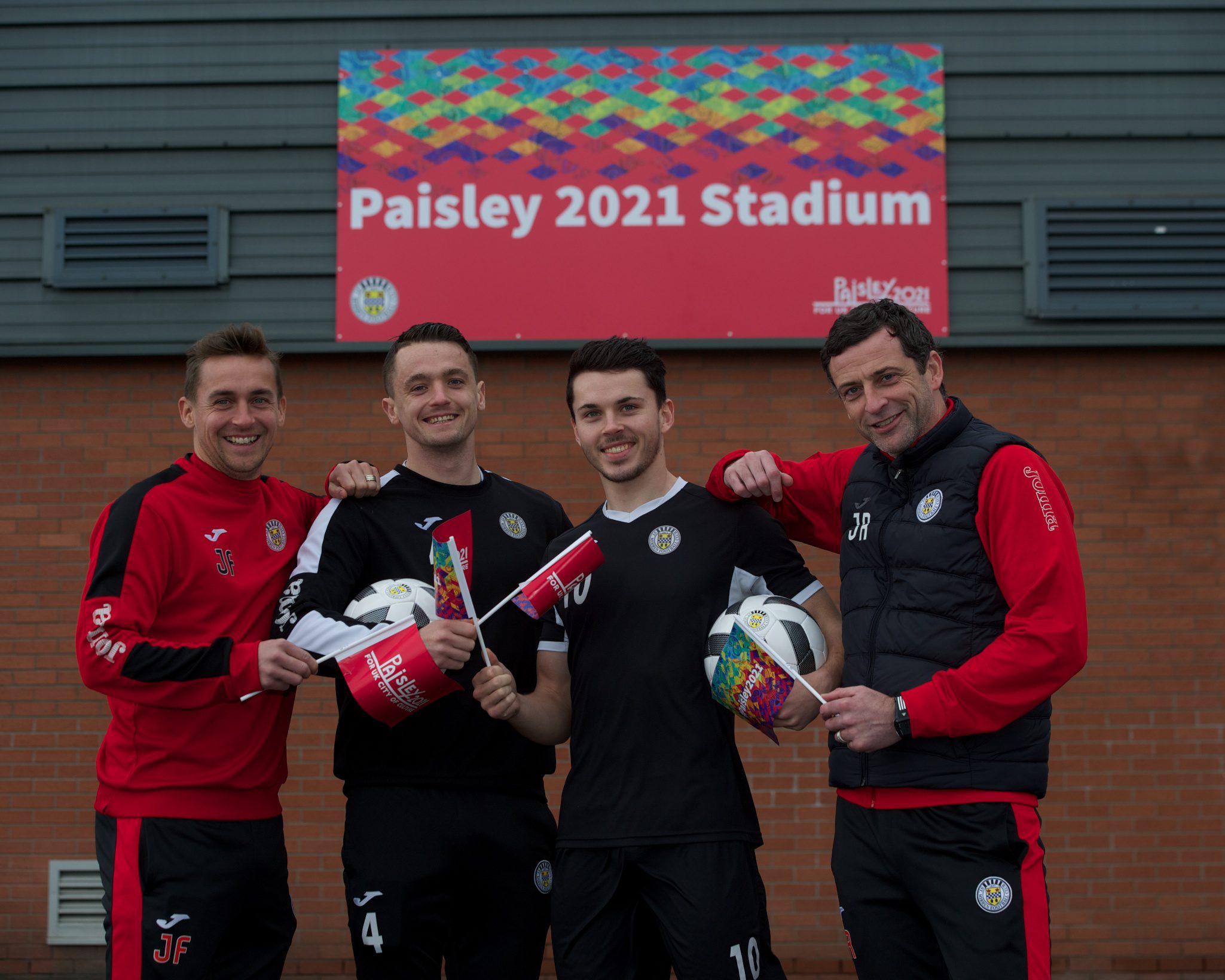 The venue was renamed from St Mirren Park to mark Paisley’s UK City of Culture 2021 bid.

Paisley is shortlisted for the title alongside Coventry, Stoke-on-Trent, Sunderland and Swansea. The winner will be announced tomorrow evening by the Department for Digital, Culture, Media and Sport, which organised the competition.

Paisley 2021 Bid Director Jean Cameron said: “St Mirren are at the heart of the community and we are delighted to have their continued support. Paisley’s bid journey has been a positive one and will continue no matter what the outcome.

“The Paisley 2021 stadium forms part of this legacy and keeps the name going.”

St Mirren Director Tony Fitzpatrick said: “The fortunes of the town and the club are interlinked and we are delighted to continue with our support of Paisley 2021.

“A winning year of culture would be great for both the town and the club.

“With the UK City of Culture decision imminent, we wish Paisley the very best of luck in its bid for the title.”