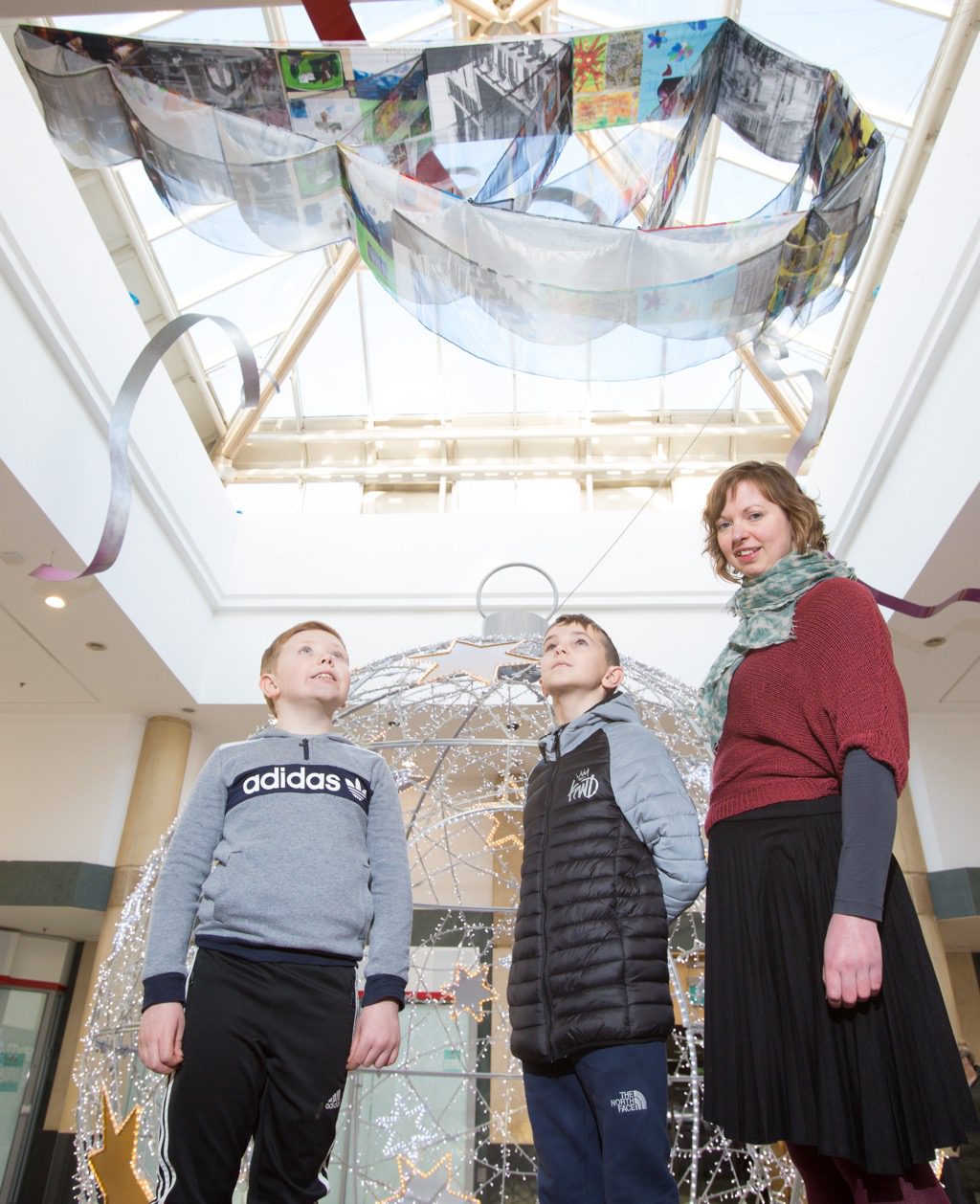 School pupils from Paisley and India have bridged the 4,000 plus miles between them to create unique artwork based on their shared lives.

The Paisley and Jodhpur Digital Tapestry brought together 100 young people from two continents, who exchanged photographs on image sharing website Cluster to gain an insight into each other’s lives.

Like Paisley, the city of Jodphur in the north western state of Rajasthan, has a strong textiles heritage. The tapestry created by Paisley pupils was unveiled on St Andrew’s Day as the town bids to be named UK City of Culture 2021. The decision is set to be announced by the Department for Digital, Culture, Media and Sport which organised the competition, on the evening of December 7.

The installation is the second half of a project, which launched with a Musical Tapestry collaboration between Scottish and Indian musicians, at Paisley’s annual Spree Festival in October .

The concert was supported by EventScotland, part of VisitScotland’s Events Directorate and was  earlier performed at the Rajasthan International Folk Festival, which is twinned with the Spree, thanks to support from the British Council as part of their UK/India Year of Culture 2017. The tapestry was unveiled by Renfrewshire Provost Lorraine Cameron at Paisley Piazza, where it will remain for the next six months.

It was stitched together with thread donated by Coats, whose fortunes were interlinked with the town.

Provost Cameron said: “This is a remarkable public art project which saw young people from opposite ends of the world gain an insight into each other’s everyday lives, transcending any cultural or language barriers.

“It marks the links both places have with the textiles industry and the Paisley pattern and it’s fitting it was unveiled on St Andrews Day, strengthening our bond and links with our friends in India.”

Young People from the Bredliand Flexible Learning Centre were also involved and as well as the photographs, pupils created collages, drawings and writing to celebrate both their differences and connections with Jodhpur and India.

The images were turned into a digitized pattern which was then printed onto fabric in the shape of the iconic Paisley teardrop shape. The Indian participants created a digital image with the same shared photographs from their home in Jodphur  along with artist Yogendra Singh Rajawat, which will be made public there on December 20.

Artists Fiona Hermse said: “The biggest difference the pupils commented on when they saw the Indian photographs was the wonderful colour in them, including the blue houses in Jodphur old town.

“They said the photos made them feel happy and reminded them of summer time, while some of the older children expressed an interest in either a career in the Arts  or travelling to India one day.

Yogendra Singh Rajawat said: “This was a one of kind experience to merge my traditional art form with the life of two beautiful and different cities coming together as one through the young people.“

British Council Scotland Director Jackie Killeen said: “We are pleased to have supported this project as part of the UK India Year of Culture because it has enabled children in Scotland and India to connect with each other around the creation of innovative new work. This is particularly heartening as we look towards the 2018 Year of Young People in Scotland, and we hope the connections that have been formed will continue long into the future.”

The Spree Artistic Director and Lisa Whytock from Active Events, said: “The idea of the digital tapestry was to get young people engaged with each other’s cultures and to connect them through digital pictures.”

Scotland’s connections with the Paisley pattern began via Kashmir where it could be found woven into traditional patterned shawls.

Textile companies in the UK began to produce cheaper imitations of the shawls and production spread to Paisley, whose name was given to the pattern.