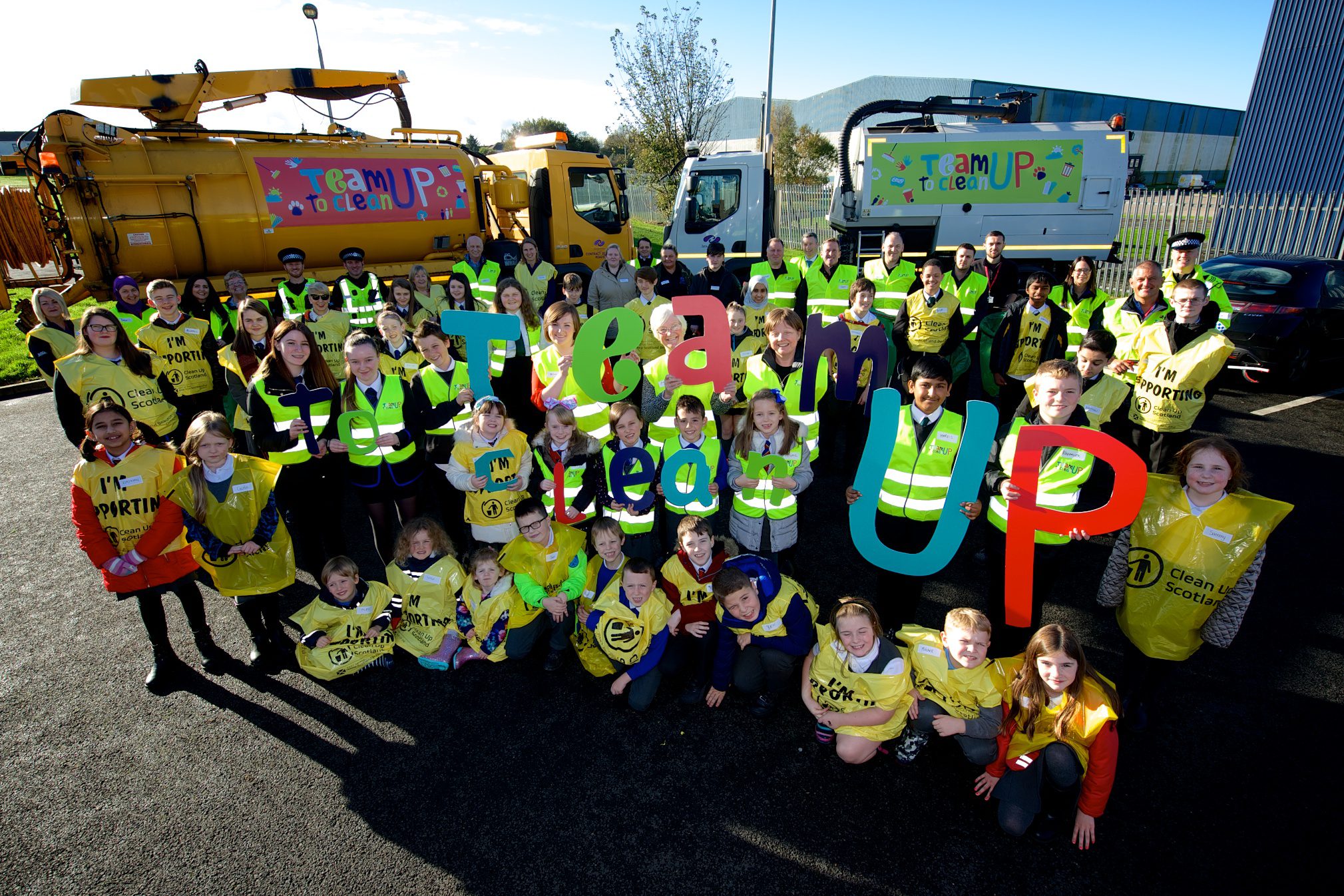 Renfrewshire’s bid to clean up Renfrewshire is being backed by local community groups who are urging others to follow their lead. The campaign aims to bring together the community to tackle issues such as littering, fly tipping, dog fouling and recycling to make Renfrewshire a cleaner, more attractive place to live, work and visit.

Kristina Semple helps lead a team of volunteers who are aiming to bring back the beauty to the Renfrew White Cart Riverbank and have undertaken a number of clean ups since the campaign began. 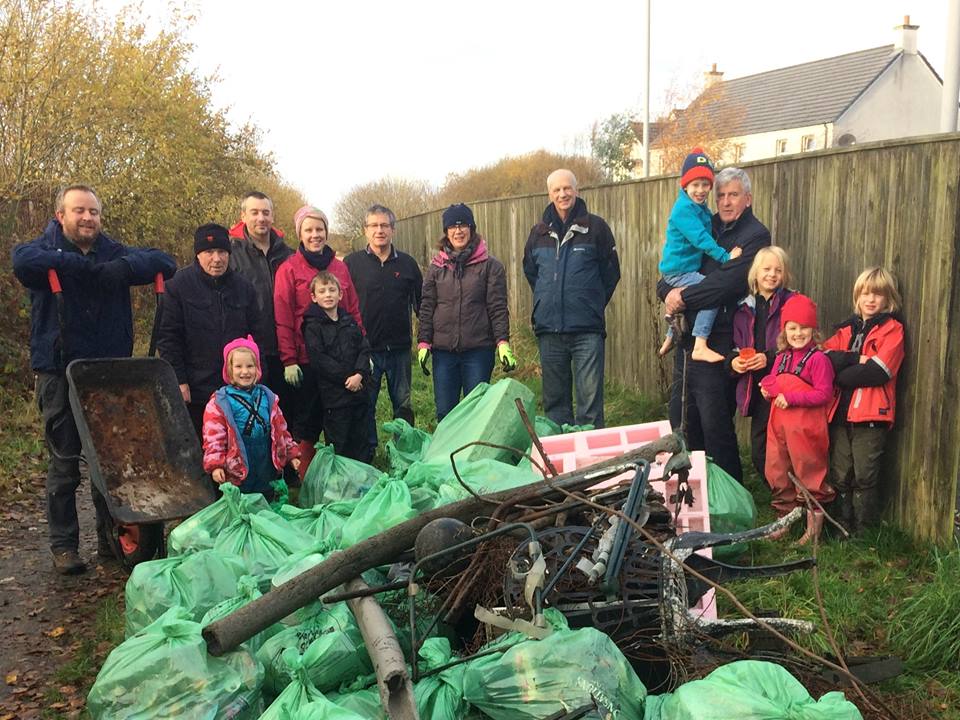 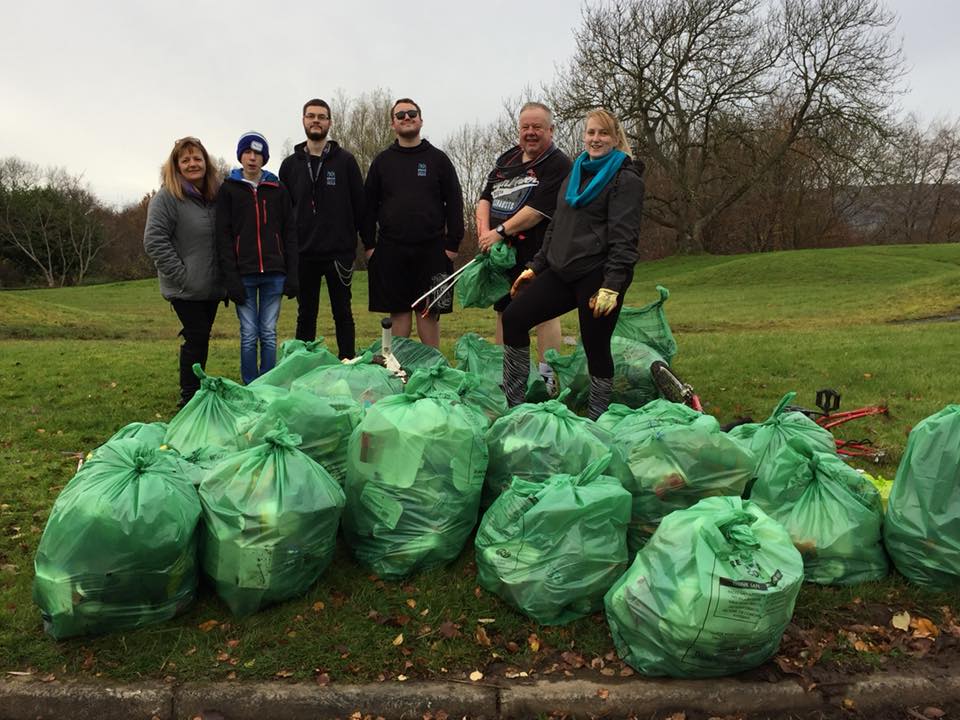 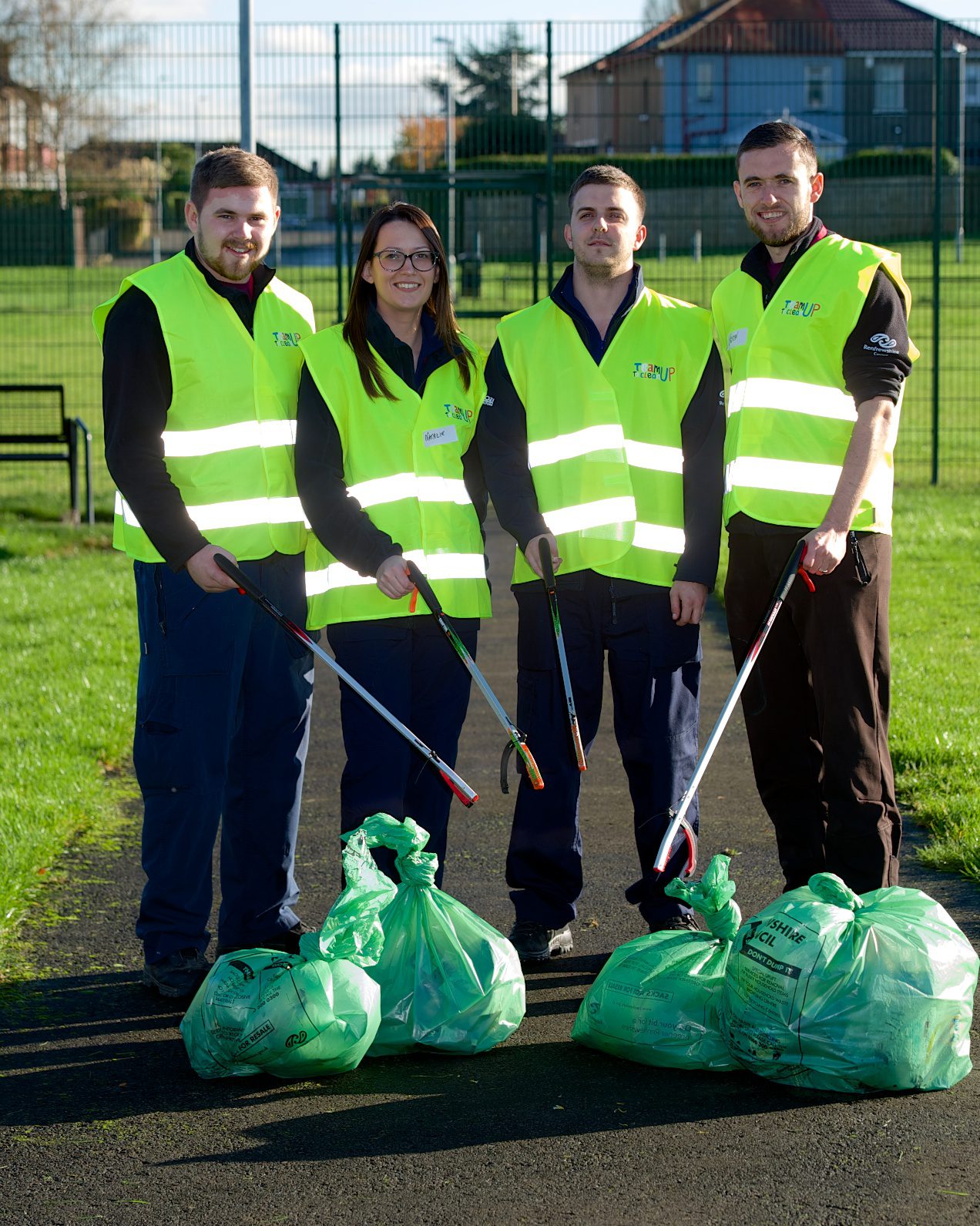 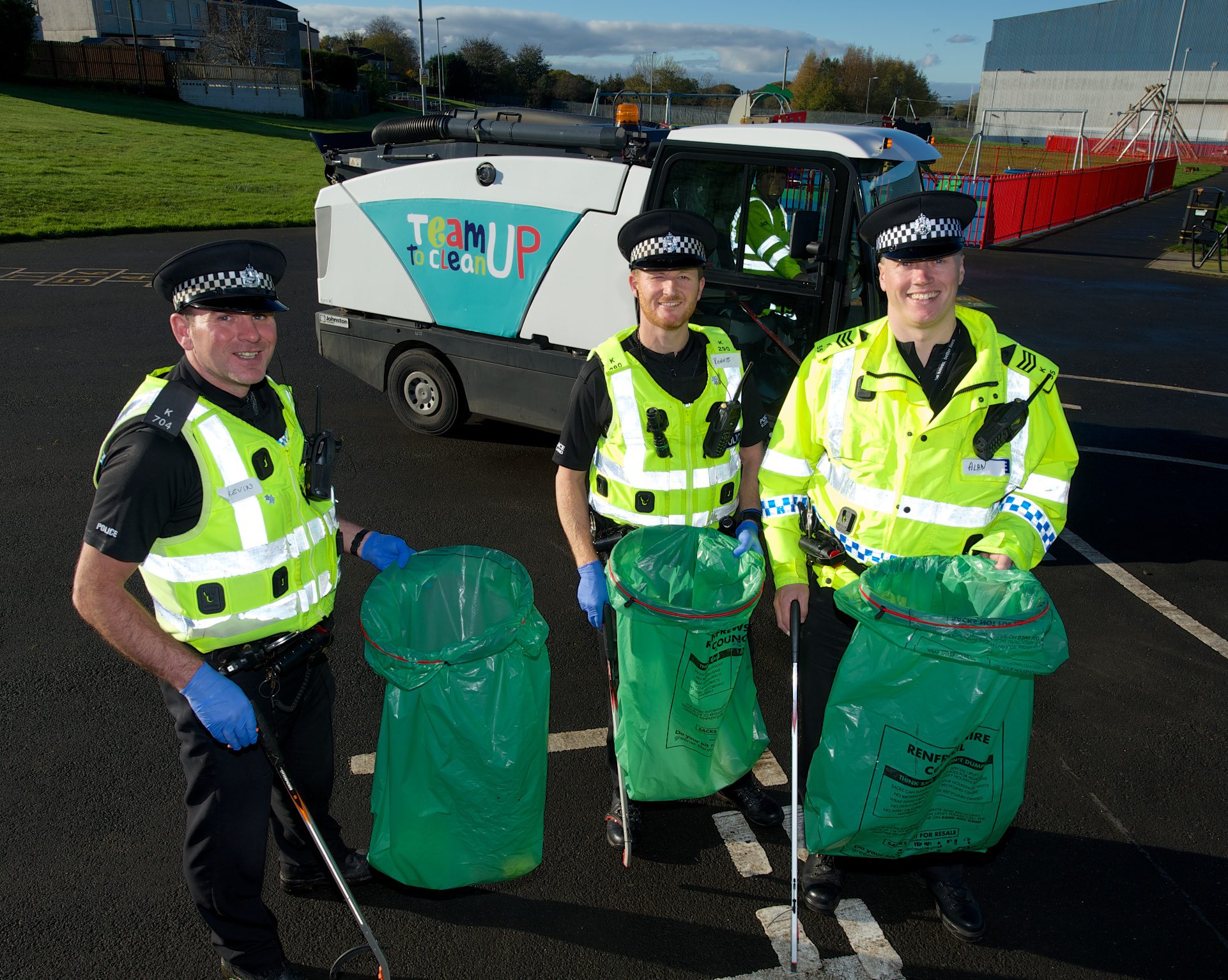 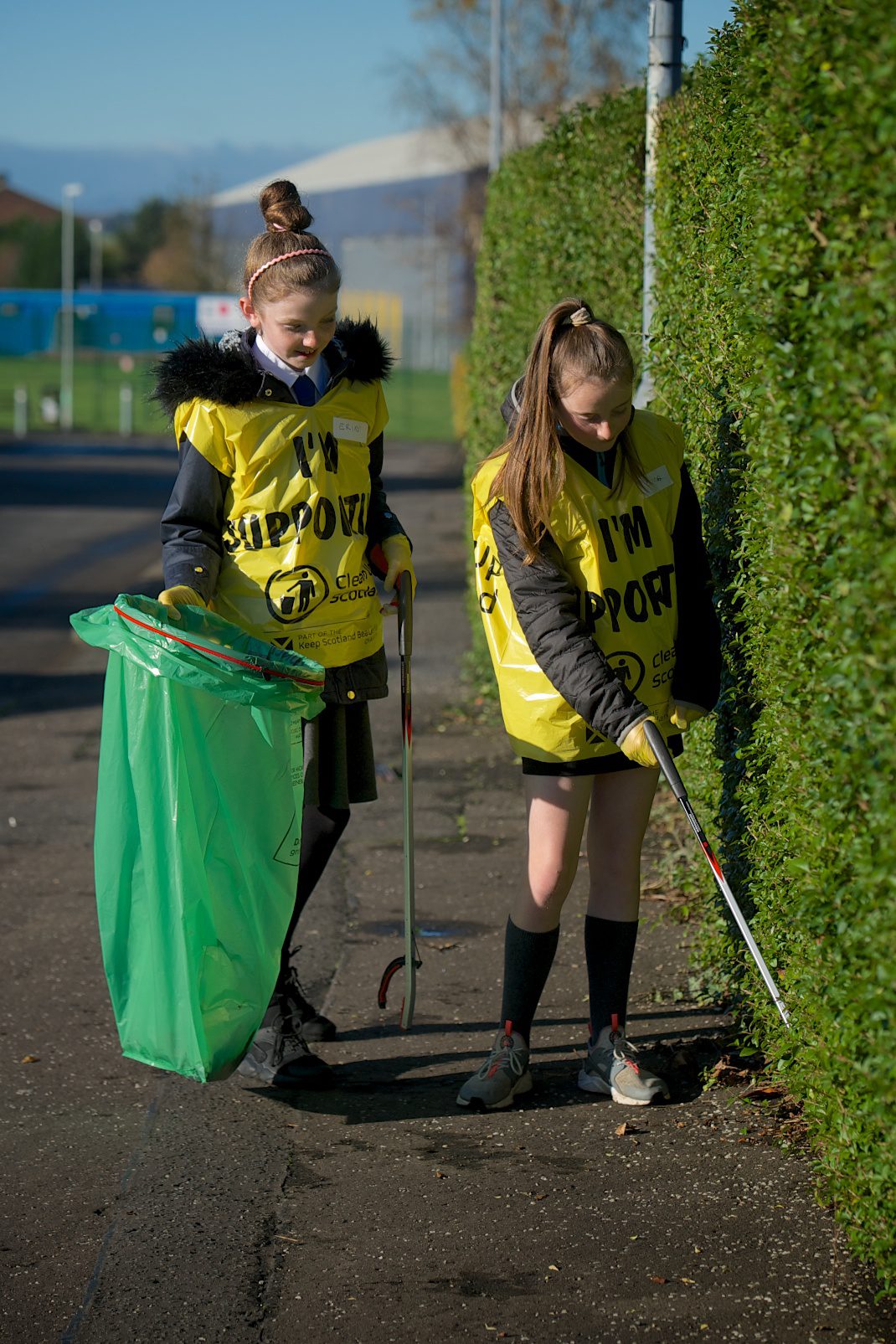 Kristina said: “The Team up to Clean up Campaign has made it easy for our Volunteer River Tidy project to clean up the area, by providing litter pickers, bags and gloves for each organised litter tidy.

“After each litter pick, they quickly picked up what we had collected, which was many bags of rubbish and many bigger items like bits of a motor bike, several shopping trolleys, chairs, a huge camera box, signage, car tyre metal and so on.

“As a result, the White Cart river bank looks much more like a natural place again and local people and wildlife are able to enjoy it more.

“It’s a satisfying thing to do as you can see the difference straight away, and it’s especially impressive when there are lots of people. It builds a sense of community, sparks new friendships, cements old ones, gets people moving, and it’s great to have something to do outdoors.”

Heather Clissit runs the Erskine Community Garden group which aims to make a difference to the environment in Erskine and has worked closely with national charity Keep Scotland Beautiful on a number of projects, including winning an award for her ‘Pick me up before you go-go’ photography piece.

Heather said: “The Team Up To Clean Up campaign is a great way for people within Renfrewshire to take action and work with Renfrewshire Council to tackle the issue of the various forms of litter within our communities.

“Apart from the satisfaction of seeing a dirty footpath become clean, there is also the benefit of being out in the fresh air, getting some gentle exercise, working in a team and socialising, with many of our volunteers feelling the litter picks are therapeutic.

“The support we get from our community is amazing. Even if they can’t join us, they are always encouraging, appreciative and don’t take the work we do for granted.

“Some look for other ways to support us – one of our local pubs The Bridgewater, put on a lunch for us of homemade soup and sandwiches, tea coffee and biscuits for our 10 volunteers at the last litter pick and have pledged to send a team from the pub to take part in the litter picks, throughout 2018.”

To ensure the campaign is a joint project between the Council and the community, £250,000 has been invested to increase the council resources in road sweeping, gully cleaning, litter picking and the replacement of out of date roads infrastructure.

Councillor Cathy McEwan, Convener of Renfrewshire Council’s Infrastructure, Land and Environment Policy Board, said: “We are delighted that the community are getting on board with the campaign and striving to make a difference to their local area.

“We’re committed to providing the support and resource needed to make a real difference to Renfrewshire and the support of community groups is crucial to our ability to ensure the cleanliness of our local areas.

“We need to change the mindset of people who think it is acceptable to litter, fail to pick up after their dog or think that recycling is someone else’s job.

“We need everyone to take part wherever they possibly can so join our campaign on Facebook, check out the information on our website and together we can Team Up to Clean Up Renfrewshire.”

Find out more about the campaign via www.renfrewshire .gov.uk/teamuptocleanup and join the conversation on Facebook by searching for ‘Team Up to Clean Up Renfrewshire’.