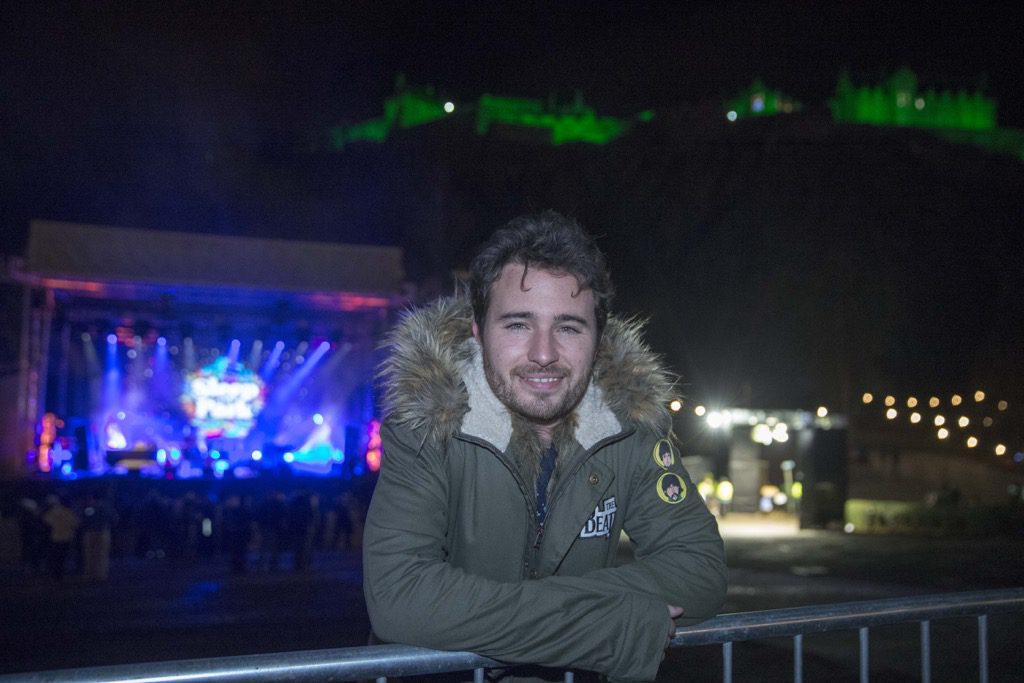 Chivas Brothers, the Scotch whisky business of Pernod Ricard, has made donations totalling
of £13,000 to Social Bite’s Sleep in The Park event, which took place in Edinburgh on
Saturday 9 th December. More than 8,000 people came together in Edinburgh’s Princes Street Gardens at the
weekend to show their support for homeless people in Scotland by taking part in the world’s
biggest sleep out. Organised by Social Bite, Sleep in the Park has raised around £3.6million
already, with the aim to catalyse a movement to end homelessness in Scotland within a five-
year period. Sleep in the Park featured live, stripped back performances from Frightened Rabbit, Amy
Macdonald, Deacon Blue and Liam Gallagher, with John Cleese closing with a bed time
story. Comedian Rob Brydon hosted the event and attendees also heard from Sir Bob
Geldof on his support for the cause. A number of celebrities, sports personalities and figures
from Scotland’s political parties also slept out, including Sir Chris Hoy and Deputy First
Minister John Swinney. The Chivas Brothers donation is a clear signal of support for Social Bite’s vision to eradicate
homelessness in Scotland for good. In addition to an initial £10,000 donated, a group of
employees representing the company slept out on the night, raining £1,500 in sponsorship,
which will now be doubled to £3,000 via the company’s Doubling Up scheme.

Josh Littlejohn MBE, co-founder of Social Bite said: “I’d like to extend a huge thank you to
everyone at Chivas Brothers for their ongoing support over the years, and especially for the
generous donation towards Sleep in the Park.

“The event took place on Saturday night and I am still completely overwhelmed by the
turnout. Over 8,000 people joined us to spend a cold night in Edinburgh, including a team of
staff members from Chivas Brothers, and it was an incredible night.”

Chivas Brothers Global Communications Director Jennie Norrish added: “We are proud to
have supported Social Bite for five years now, and were delighted to backing them again for
this ambitious and exciting event.

“Those sleeping out faced a cold December night, but we are all acutely aware that the
people who will benefit from the funds raised have no choice but to regularly endure the
unforgiving Scottish weather without the luxury of a warm bed to go home to.

“One of our core values, as a company, is supporting our local communities. We do this
through our Charities of the Year, employee volunteering days, matching our employees’
fundraising efforts through our Doubling Up scheme, and by partnering with remarkable
charities such as Social Bite in their groundbreaking effort to eradicate homelessness in
Scotland.”

Employee Anna Mitchell took part in the sleep-out. She said: “It was exciting to be a part of
such a significant event. I’m proud to work for a company that supports charities in the way
Chivas Brothers does. It was challenging but ultimately very rewarding and humbling to do
my bit and raise more funds for Sleep in The Park. It was a cold but fun night, especially
knowing the money will now go to such an important charity.”

Throughout the year, Chivas Brothers offers a volunteering programme and provides funding
to encourage employees’ charity fundraising. Employees are able to take part in a range of
different community projects through the Chivas SoS scheme – whereby employees can use
one working day per year for volunteering in their community – and the Doubling Up
scheme, where the company will match up to £500 in fundraising per employee. On top of
that, employees can vote for a Charity of the Year which is subsequently supported through
fundraising initiatives.
For example, on one day alone in June this year, 212 Chivas Brothers employees from
Paisley and Dumbarton joined forces to volunteer with Quarriers Village, one of Scotland’s
largest social care charities for vulnerable children, adults and their families. In addition,
dozens of green-fingered employees from the company’s Strathisla Distillery helped spruce