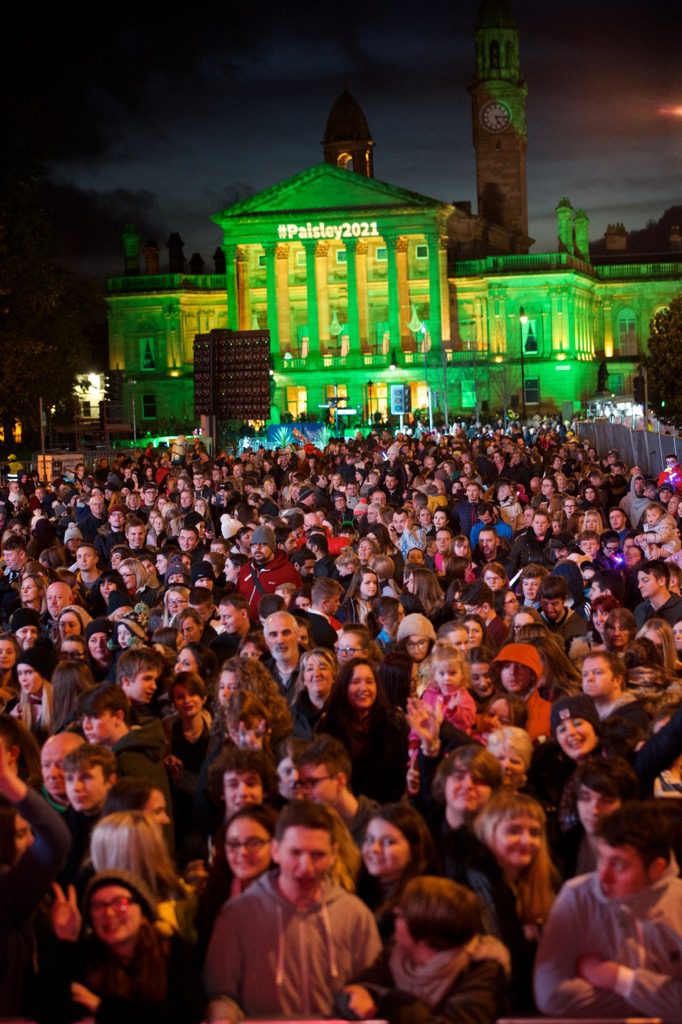 Northern Irish rockers Ash will mark the start of Paisley’s festive season with a headline performance at the annual Christmas Lights Switch On.

Thousands are expected to head to the town centre on Saturday, November 18th to enjoy a host of free family fun, including the famous Reindeer Parade. The switch on is the latest event in Paisley’s winter season, itself part of a wider programme in the town’s bid for UK City of Culture 2021.

Santa and his helpers will lead the procession down High Street at 1.30pm, before he opens his grotto at the Paisley Centre. A performance from Children’s Classic Concert will provide a seasonal soundtrack from 2.30pm, with audience participation a must.

Twice-voted best music act at the Edinburgh Fringe, percussion superstars Owen and OIly, shake up your idea of classical music with a high-energy family concert.

Music headliners Ash will take to the Live Stage at 5.15pm for a performance before the town’s festive countdown officially starts with the annual Christmas Lights Switch On at 6pm.

With 18 Top 40 singles including ‘The Girl from Mars’ and ‘Shining Light’ under their belt, the band, who first found fame as teenagers in the nineties, still know how to start a party.

At Paisley Abbey, festive shoppers can explore the Slug in a Bottle Christmas Market from 1pm, with over 30 stalls to search out the perfect gifts. Face painting and storytelling are among the family fun also on offer. An interactive snow globe in will be in Abbey Close for festive photo opportunities. Revellers will find it hard to resist embracing the festive atmosphere and singing along with the merry Massaoke band as they play Christmas favourites with the words displayed on giant screens.

Paisley has been shortlisted for the UK City of Culture title alongside Coventry, Stoke-on-Trent, Sunderland and Swansea, with a decision expected in December.

Paisley 2021 Bid Director Jean Cameron said: “This year’s Christmas Lights Switch On is bigger and better than ever and will bring thousands of people into the town centre which is great for business.

“As we bid to be UK City of Culture 2021 it’s great to show that we can host events on this scale. A winning bid would mean Paisley town centre would be hosting big events similar to this one every weekend.”

Paisley is also gearing up to host a four week Christmas spectacular in the town from November 24th, with plans, subject to approvals, for an ice rink, a panoramic Star Flyer ride and a Continental style market.

For more information and timings on the Paisley Christmas Lights Switch on go to:http://www.paisley2021.co.uk/paisleys-winter-festival/paisley-christmas-lights/#whats-on-4826

The event means there will be a series of road closures around the town centre from 12.01am on Saturday morning, including parts of Gauze Street, St Mirren Street, Cotton Street, Lawn Street and Smithhills Street.

County Place, Gilmour Street, High Street and Abbey Close will close from 8am on Saturday morning until after the event.