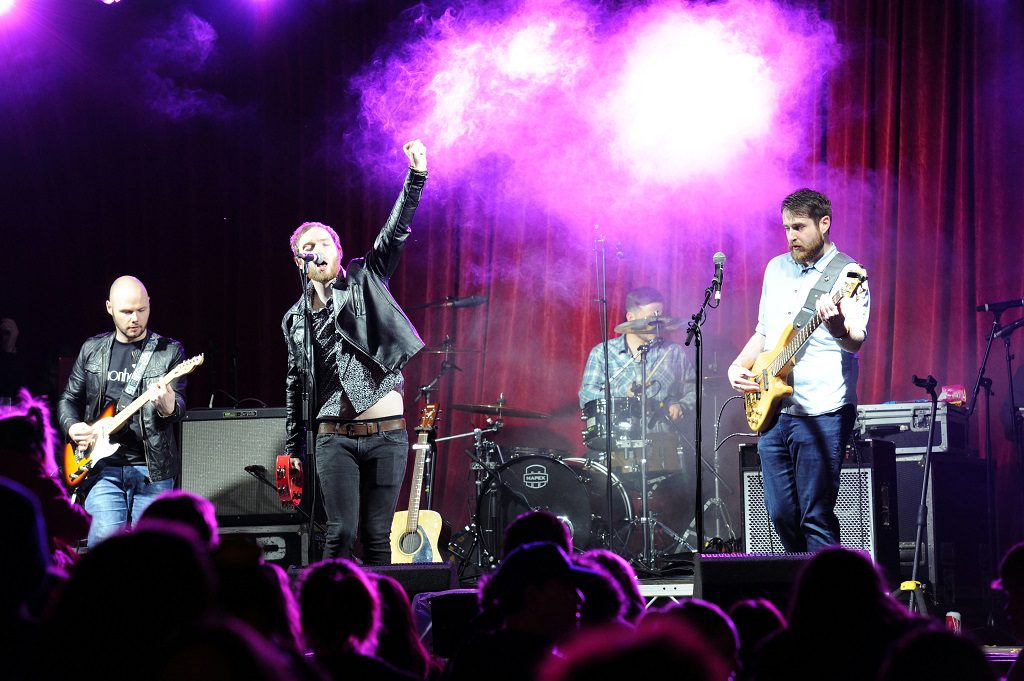 Music and football fans are being asked to voice their support for Paisley’s 2021 UK City of Culture bid with a mass sing-a-long at St Mirren’s stadium.

Local band Lemonhaze – themselves Saints fans – will take to the stage before this Saturday’s 3pm home clash with Brechin City.

The event comes just hours after Paisley’s bid is submitted to the UK Government’s Department for Digital, Culture, Media and Sport on Friday. (SEP 29)

Fans are invited to come down at 2pm to the south east corner of the Paisley 2021 stadium, next to the SiMSA wall.

A face painter will add to the family fun on offer and the St Mirren drummer will also be making an appearance.

The free pre match event, which is not ticketed and open to all, is also being filmed.

Co-ordinator Tommy McGrory, who runs Paisley charity, Loud ‘n’ Proud, said:  “It’s going to be a lot of fun. We’re hoping all the fans will join in and wave their Paisley 2021 flags in support of the bid. Lemonhaze are all St Mirren fans themselves and can’t wait.”

They will end on a high note with the Skids number, ‘The Saints Are Coming’,  the  song which will always heralds the team’s arrival onto the pitch.

St Mirren are doing a special free tickets offer for the game itself with local schools able to apply for vouchers allowing entry for up to two adults and 20 children.

Chairman Gordon Scott said: “It will be a real celebration and a great send off for the bid which goes just a few hours earlier on Friday. I hope everyone comes along to support both the bid and the club. It’s such a positive thing.”

The bid is part of a wider push to use Paisley’s unique heritage and cultural story to transform the whole of the Renfrewshire area.

Paisley is the only Scottish location on the shortlist for the UK City of Culture 2021 ,alongside Coventry, Stoke, Sunderland and Swansea.

Paisley 2021 Bid Director Jean Cameron said: “It’s fantastic to have Paisley’s football team supporting the bid in the week that we send it off.

“ It’s a great example of how the whole community is backing the town as UK City of Culture 2021.