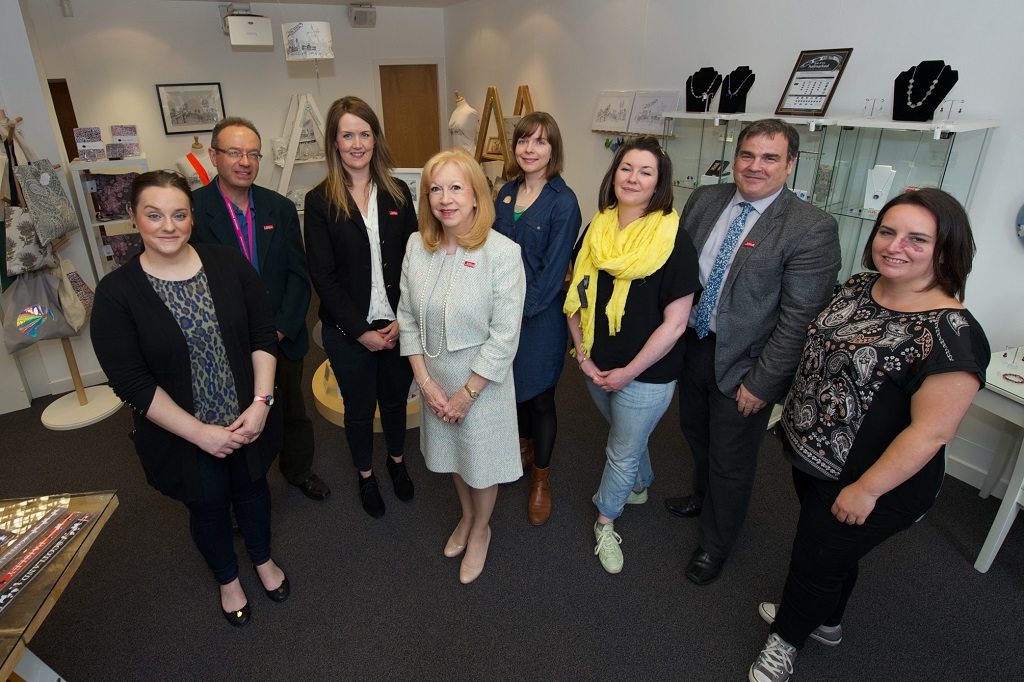 Paisley’s bid to be UK City of Culture 2021 will bring ‘tremendous benefits’ – says one of the most senior politicians in the House of Commons.

Deputy Speaker of the House Eleanor Laing MP – who was born in Paisley and grew up in Renfrewshire – spoke of her passion for her home town during a visit this week.

Paisley is bidding for the prestigious title as part of a wider push to transform the town’s future using the power of its internationally-significant heritage and cultural story.

Earlier this month, Paisley was confirmed by the UK Government’s Department for Digital, Culture, Media and Sport as the only Scottish place on the final shortlist – which also features Coventry, Stoke, Sunderland and Swansea.

Eleanor – the Conservative MP for the Epping Forest constituency in Essex since 1997 – was given a tour of the town centre by Renfrewshire Council leader Iain Nicolson and leader of the local Conservative group, James MacLaren.

And she said: “It is absolutely brilliant Paisley has been shortlisted to be UK City of Culture 2021.

“I am passionately backing the bid because I know the impact it will make on Paisley. Not only have the people of Paisley got tremendous energy and enterprise skills, the town is full of potential.

“I think a lot of people have forgotten what a beautiful town Paisley was in its heyday and I really believe we can help people to rediscover Paisley’s glory.

“Working together towards the 2021 bid will bring tremendous benefits to everybody of all ages and backgrounds from this wonderful town.”

While here, Eleanor paid a visit to the Gilmour Street retail base of InCube – Renfrewshire Council’s creative business incubator.

She was joined by staff and some of the local designers and makers who through InCube receive an intensive programme of business support and access to a shop to sell their creations.

Cllr Nicolson – who is also chair of the Paisley 2021 partnership board – added: “We were delighted to welcome Eleanor to the town and talk her through the latest plans for Paisley 2021.

“Eleanor was really interested to hear about how the bid has already raised Paisley’s profile and changed how people see the town – it came across how much she still cares about Paisley and we really value her support.

“Since Paisley was announced as the only Scottish place on the shortlist the town has had fantastic support from across the political spectrum and from various government agencies.

“It was also great we were able to visit the InCube shop as part of the tour – Paisley has such a rich history of creativity and design and the young entrepreneurs working on the programme are keeping that tradition alive.”

Glasgow News? Daily Updates part of our network
Is there a potential market for a casino in Paisley?

Tips to help you meet your assignment deadlines
Scroll to top