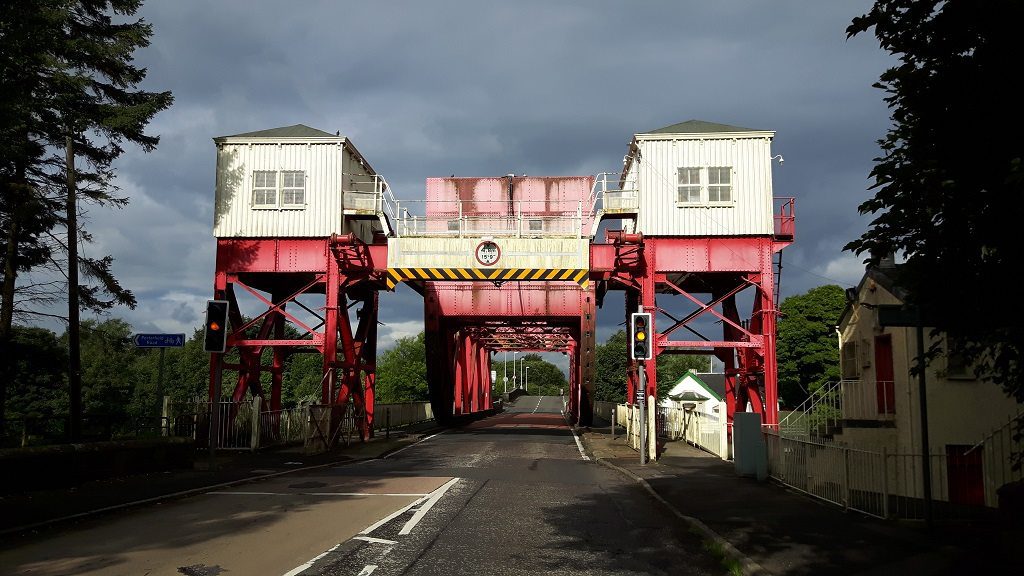 The only remaining bascule bridge in Scotland is set for a six-figure investment to ensure it remains operational for river traffic.

The Category A listed Inchinnan Bascule Bridge which straddles the White Cart River in Renfrew, will undergo essential mechanical works to lengthen its lifespan and ensure it retains the ability to open and close when required.

The bridge will be closed for a period of four weeks from Saturday 5 August with diversionary routes in place to ensure access across Renfrewshire is maintained.

The bridge will remain open for pedestrians and cyclists across the duration of the scheduled works.

Planned works set to take place on the outlying Barnsford Road will be postponed until a later date in order to minimise disruption in the area as much as possible.

Councillor Cathy McEwan, Convener of the Infrastructure, Land and Environment Policy Board, said, “The Bascule Bridge is a historic part of Renfrewshire’s heritage and we must ensure that we protect its status as the only lifting bridge of this type currently operational in Scotland.

“There was a fantastic turnout at last year’s Doors Open Day when hundreds of people came along  to see it open and close, highlighting the regard in which the bridge is held in the community.

“We apologise for any inconvenience closing the bridge may cause and hope the public will appreciate by closing it once, we are avoiding a series of closures to complete repairs section by section.

“We recognise the bridge is an important transport link for Renfrewshire and it is vital it is maintained to a high standard for use by commuters and businesses.

“The works will preserve the bridge and ensure it remains fully operational for both road and river traffic for years to come.”

The White and Black Cart rivers have been an important crossing site for many years. Initially, people were forced to wade across before a ferry was used to make the crossing.

A seven-arch bridge was built in 1759 crossing both rivers, but was washed away in 1809.

Two separate bridges, which are still in use today, were built in 1812 as a replacement for the crossing although they could not accommodate large ships sailing into Paisley.

In 1838, a swing bridge was installed, the name of which still remains locally, despite the lifting bridge being opened in 1923.

The bridge was given Category A listed status in 1994 which classified the bridge under the category of ‘buildings of national or international importance, either architectural or historic, or fine little-altered examples of some particular period, style or building type’.

Full information on the diversion routes in place can found at www.renfrewshire.gov.uk/basculebridgeworks

Glasgow News? Daily Updates part of our network
College Partnership with Elior UK set to be a Recipe for Success!