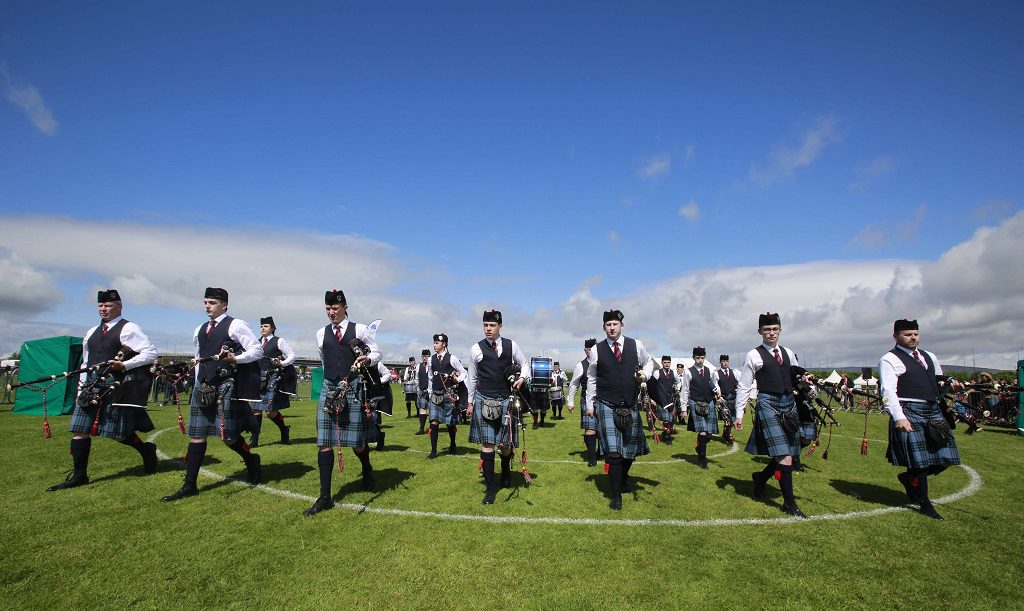 Paisley is set to welcome competitors from as far as Canada and Denmark as the top pipe bands in the world aim to be crowned British champions. On Saturday 20 May, over 4,000 pipers and drummers will descend on the St James Playing Fields for the second year in succession following a fantastic competition last year which saw Inverary and District take home the Grade 1 prize. They’ll face stiff competition from all over the world this year however as bands from Canada, Ireland and Northern Ireland join Scotland’s finest in trying to take home the accolade of Britain’s best.

From 10am, 145 bands will take to the competition arena and look to impress the judges from the Royal Scottish Pipe Band Association (RSPBA) in 11 different categories. After the final band performs- at around 5:30pm- the prize giving will take place before all bands join the final march-past which will close the competition.

The free-to-attend event will also feature a delicious food village, a children’s entertainment zone, the Slug in a Bottle craft market and much more.

RSPBA Chief Executive, Ian Embelton, said: “After the success of last year’s Championships we are all looking forward to an even more exciting event this year.

The Championships form part of a series of events taking place across Renfrewshire which are helping to support Paisley’s bid for UK City of Culture 2021.

Paisley 2021 Bid Director, Jean Cameron, said: “It is fantastic to see the Championships return to Paisley after such a successful event last year.

“I would encourage everyone to take the opportunity to see some of the world’s foremost pipers competing in one of the biggest dates in world piping and enjoy the marvellous entertainment being provided on the day.

“The sight of thousands of pipers and supporters descending on the town is not only a boost for local traders, but also enhances our bid to be named UK City of Culture as we again showcase our ability to hold large-scale events in the area.

“The winning bidder would host a number of prestigious events in 2021 and we’re determined to give Paisley the best chance of a successful bid as we look to bring lasting social and economic change to the area.”

Visitors should be aware there will be no on-site parking at the St James Playing Fields for the public – this will be for pipe band coaches and event officials only.

Free shuttle buses will run directly to the event site throughout the day from West College Scotland and Paisley Gilmour Street station. Full details are at www.renfrewshire.gov.uk/events.

The full running order for the day, showing all bands, grades and timings, is now available at www.rspba.org