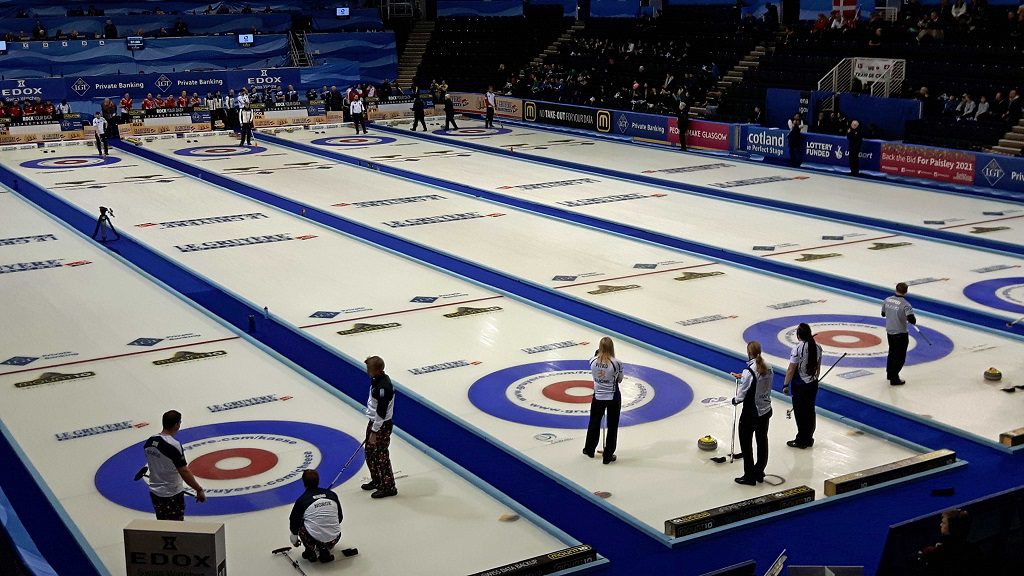 Research commissioned by UK Sport set out an impressive benefit to Renfrewshire achieved through an increase in the collective spend of visitors on accommodation, transport, food and drink, shopping, and other expenditure for the duration of the Championships, last November. Retailers, hoteliers and restaurateurs saw a direct benefit to their business as an increased number of visitors to the area generated an augmented spend compared with the same period in previous years.

The event saw 222 curlers from 27 different nations take part in one of the top events in the curling calendar and attracted 4000 spectators across the eight day period. The Championships were brought to the area with the aim of maximising the economic impact of the event locally and also profiling Renfrewshire to international audiences which will support Paisley’s bid for UK City of Culture 2021, which is due to be lodged at the end of this month.

The event was hosted in Renfrewshire through the co-operation of a number of funding partners- the Royal Caledonian Curling Club, UK Sport through National Lottery Funding, EventScotland and GCMB.

Bruce Crawford, CEO of the Royal Caledonian Curling Club (the National Governing Body for Scottish Curling), said “Scottish Curling were delighted to bring this prestigious World Curling event to Renfrewshire; it was a pleasure to host Europe’s top curlers in a region with such historical significance for the sport and a growing pedigree in event hosting.”

The European Curling Championships formed part of an exciting calendar of events in 2016 which included the British Pipe Band Championships, Scottish Album of the Year Awards and Paisley’s annual music and comedy festival The Spree.

2017 will see those events return Paisley as well as many more including the 30th Paisley Beer and Food Festival, and Weave- a festival running alongside the traditional Sma’ Shot Day aimed at reconnecting Paisley with its weaving heritage as part of Scotland’s year of History, Heritage and Archaeology.

Jean Cameron, Paisley 2021 Bid Director, said: “As part our bid for UK City of Culture 2021, it is critical we showcase our ability to host large scale events in the area and the European Curling Championships are a key example of our capabilities.  It proves that Paisley has the infrastructure to handle the size and scale of a significant European event.

“The Championships provided the Renfrewshire economy with a boost of almost three-quarters of a million pounds, which indicative of what winning the UK City of Culture could achieve by hosting a series of high-profile events during 2021.”

“The prestigious title would act as a catalyst for economic and social regeneration and we’re determined to ensure there is a lasting impact for Paisley and Renfrewshire as a whole.”

Paisley’s bid is due to be submitted to the Department of Culture, Media and Sport (DCMS)  who organise the UK City of Culture competition on 28 April with a shortlist announced over the summer and the winning bid being revealed in December.

Further information on Paisley’s bid and how to support it can be found on www.Paisley2021.co.uk