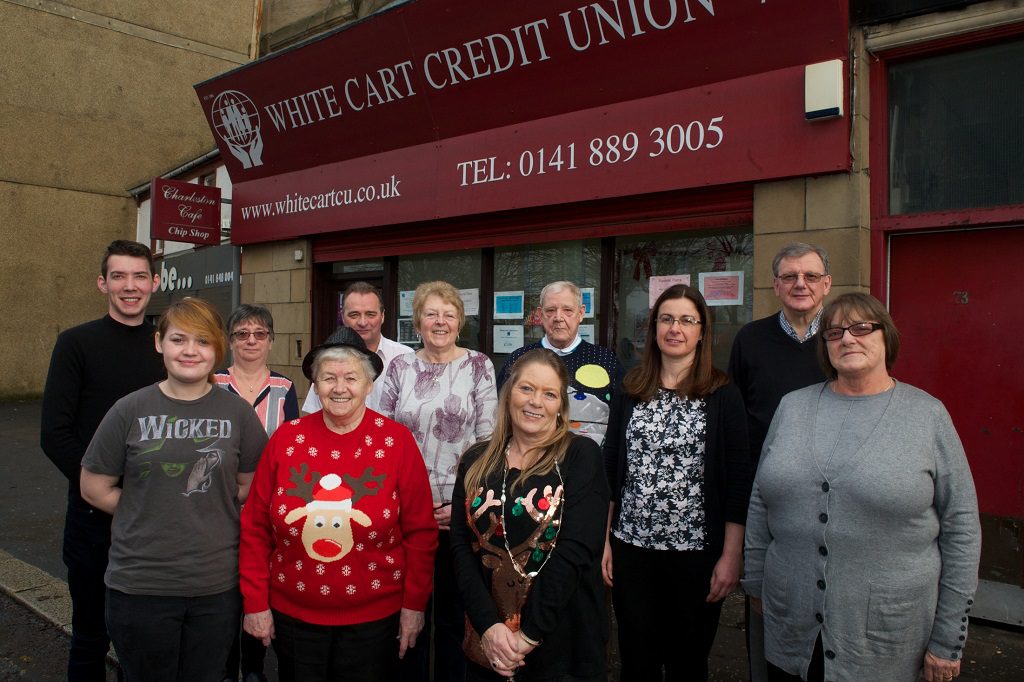 Credit Unions across Renfrewshire are set to benefit from over £75,000 in grant funding thanks to Renfrewshire Council’s pioneering anti-poverty initiative. New funding from the Council’s Tackling Poverty Programme has been approved for Johnstone Credit Union, White Cart Credit Union, Gleniffer Credit Union and Engage Renfrewshire, allowing the range of ethical financial products available to people living in the area to be expanded. The latest measures from the Council’s Credit Union Development Fund will help boost Renfrewshire people’s access to affordable credit and money management skills through credit union membership during the challenging festive debt period and through the financial year. In 2013, the Council’s Credit Union Development Fund allocated £500,000 to support Renfrewshire Credit Unions, with up to £250,000 of this providing better access to lower cost credit and modernised bank and web accounts during 2014.

Earlier this year, a further £175,000 was handed to four credit unions and Engage Renfrewshire to update websites to make them smartphone compatible.

The previous round of grant funding also saw the employment of two development officers for one year and a marketing campaign which saw the introduction of the website for all credit unions operating in Renfrewshire, www.mycreditunionrenfrewshire.co.uk.

In the latest grant, Engage Renfrewshire will receive £34,000, allowing them to retain the post of Credit Union Development Officer for another year following the success of the role.

The grant will also help with the expansion of work placements and provide support for the Council’s iSave scheme – which was launched in the summer of 2014 as part of the Council’s drive to boost secondary school pupils’ awareness of saving and budgeting.

Johnstone Credit Union will be handed £17,700 in funding for an Outreach Officer post for one year. This Officer will work with schools, and within the communities to set up collections in rural areas, including Lochwinnoch, Bishopton and Kilbarchan, where the banks have pulled out.

Gleniffer Credit Union – the smallest in Renfrewshire – will be boosted by funding of £14,432 to keep a part time Development Officer and a teller for a further 6 months.

After launching the roles following the last round of funding, the Development Officer has already started working on collections in Foxbar and the recruitment of local volunteers to help the Credit Union expand into the New Year.

White Cart Credit Union will receive £9,600 in funding towards keeping their additional worker for a further year, who will continue to develop partnerships with Primary Schools in the area.

Pupils from the Mary Russell School in Paisley have been carrying out work placements at the White Cart Credit Union since September and the additional worker will look to involve other local pupils in the scheme.

Bill Inglis, Chair of Gleniffer Credit Union, said: “The credit union funding has made a great difference to Gleniffer Credit Union. It’s allowed us to totally modernise our operation. It’s also allowed us to employ a development worker and an office assistant, who are proving to be a great help to us. Without the funding, none of that would have been possible and we’re very grateful for that.”

Jennifer Drew, Manager of White Cart Credit Union, said:  “We are delighted to receive the funding. It has made a huge difference to our IT structure and processing. It’s allowed us to expand more in the things that we do and our infrastructure.

“People can now apply for loans online and they can do their membership online. We’ve seen a big, big surge in new members that are of the younger generation, in the 18-30s.”

“Tackling poverty is a priority for this Council and much has already been achieved through the investment from the Credit Union Development Fund so far. This new funding will continue to improve both the range of services and coverage of Credit Unions in Renfrewshire.”

Glasgow News? Daily Updates part of our network
How to make your sports betting profitable