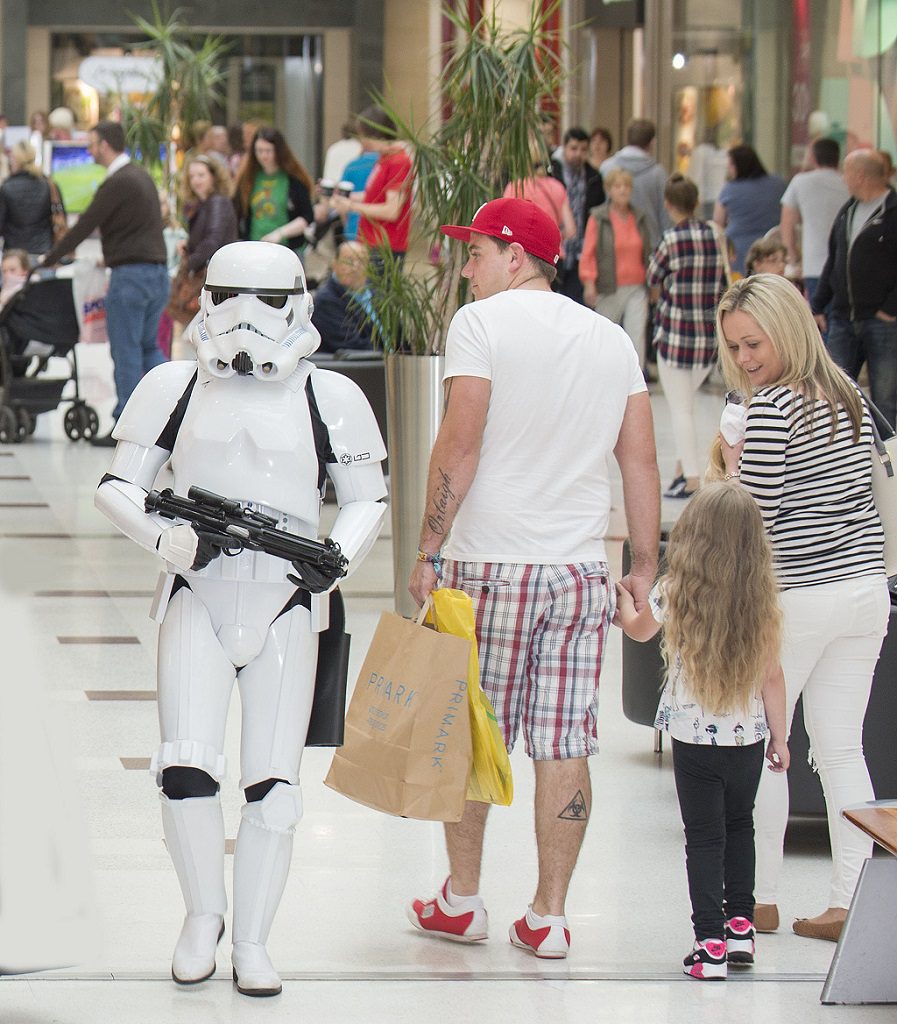 THE Force will be with everyone at intu Braehead as they get ready for the release of the latest Star Wars blockbuster movie. A Stormtrooper takes a stroll through the mall during a previous visit to intu Braehead.

To celebrate the launch of Rogue One: A Star Wars Story, an inter-galactic event is being held in the Soar at intu Braehead leisure destination.

The film first screens at intu Braehead’s ODEON cinema, in the early hours of Thursday, December 15.
And Star Wars fans will be shooting off down to Soar between 4pm and 9pm on Thursday and Friday, December 15 and 16 for an amazing evening with visits from a Stormtrooper, Boba Feta and an Emperors Guard.

As well as characters from the movies wandering around, each night the first 50 people who come along to the Star Wars promo desk and say the words, “may the Force be with you,” will be given a free lightsaber.
There will also be spot prizes for the best-dressed Star Wars fans and a free photobooth with a Star Wars greenscreen.

Marketing manager for intu Braehead, Christine Macdonald said: “We can’t wait for the new Star Wars movie to launch and the event we’re planning will be out of this world.

“It’s not the first time we’ve had a visit from Star Wars, in fact, they like us so much they’ve dubbed intu Braehead the new Mall-enium Falcon!”

Log on to www.soar.intu.co.uk for more details of the Star Wars event.