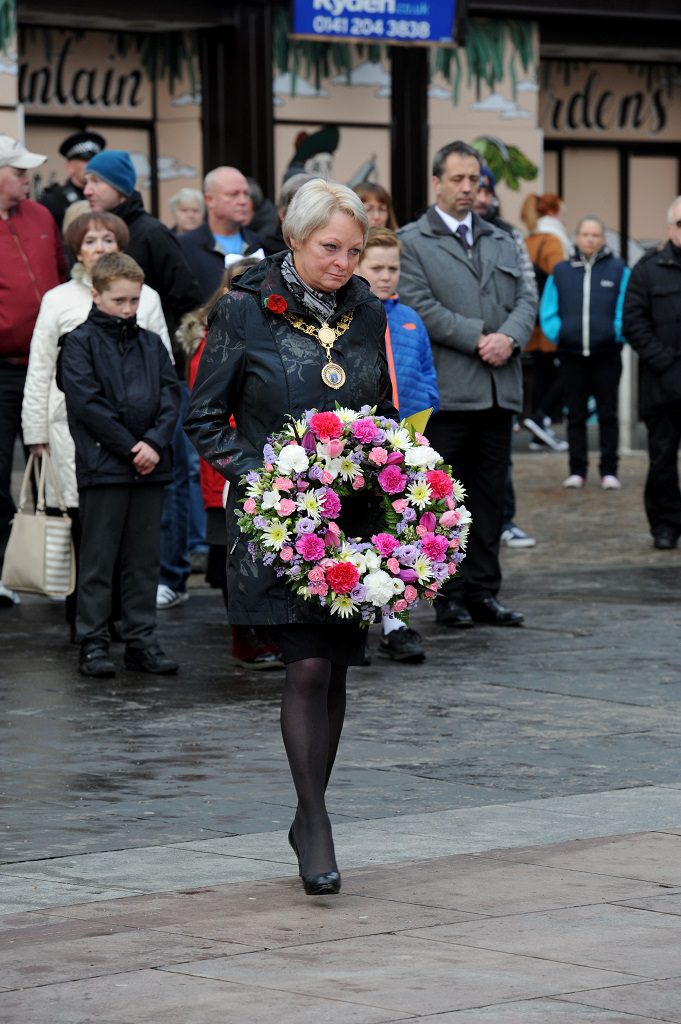 The event began with a service at Paisley Abbey led by Rev Ada MacLeod.

A joint choir from both primaries performed  the song  ‘Field of Poppies’ which was followed  by a reading by several pupils of the poem ‘Let Peace Prevail in the World.’ Then the focus turned to The Cenotaph at Paisley Cross.

The Two Minutes’ Silence was followed by the sound of the pipes played by Cameron Duff, 15, of Renfrew High.

Renfrewshire’s Provost Anne Hall  laid the first wreath, followed by, amongst others, a joint wreath-laying  by one pupil from each of the participating schools – Kirsty  Allan, 10, from Williamsburgh Primary, and Joseph Thomas, 11, of St John Ogilvie Primary.

Provost Hall said:  “The legacy of service and sacrifice in military conflicts past and present is one that is important for all of our community.

“It is particularly important that young people are given the opportunity to learn more about and commemorate the sacrifice of previous generations.

“Renfrewshire’s Children’s Remembrance event has been successful in strengthening that interest.

“That spirit of commemoration will be reflected at services in communities across Renfrewshire this weekend.”

Kenny Lupton, of the Paisley branch of the Royal British Legion, Paisley Comrades, said:   “It was very encouraging to see the interest shown by the children participating.

“They were respectful of this traditional ceremony and of the service shown by service by military personnel  past and present.”