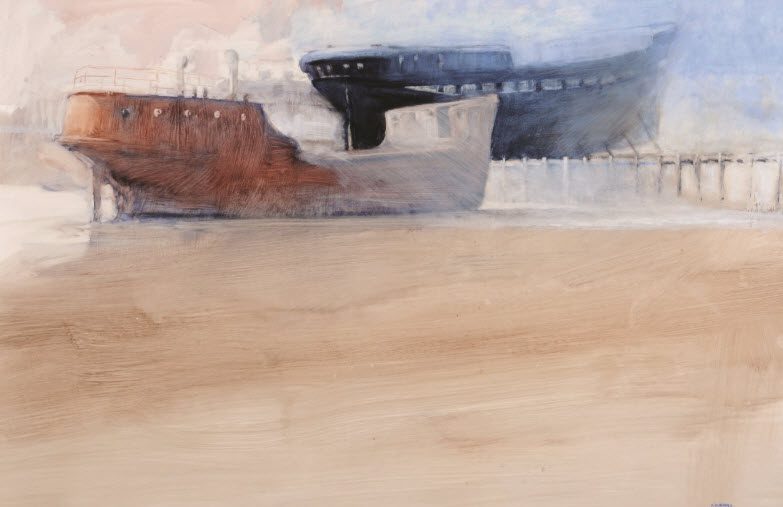 Paisley’s history is credited with an award at the Royal Glasgow Institute of the Fine Art’s 153rd Annual Exhibition. The RGI’s historic show which showcases the best of contemporary art, opened at the weekend at The Mitchell Library with a huge exhibition of artists work from all over Britain and as far away from the USA. The Kyles and Carrick Michael Durning

Inglis and Durning chose to display monumental images of Scotlands industial maritime history, Durning painting “Kyles and The Carrick” shows the Clyde’s oldest ship, The Kyles, built on the Cart, in Paisley in 1876 by the ‘Clyde’s oldest shipbuilder’, John Fullerton who was also a president of Paisley Art Institute. The smaller iron boat is older than its neighbour the famous clipper ship, The Carrick, now undergoing restoration in Australia.

Kate Inglis’s detailed image of iconic, art deco, architecture on the Forth and Clyde Canal will be placed, with Durning’s painting, in the City of Glasgow College art collection and appropriately on permanent display in the newly built Maritime School.

Glasgow News? Daily Updates part of our network
Every P1 Child To Get Three Free Books During Book Week Scotland