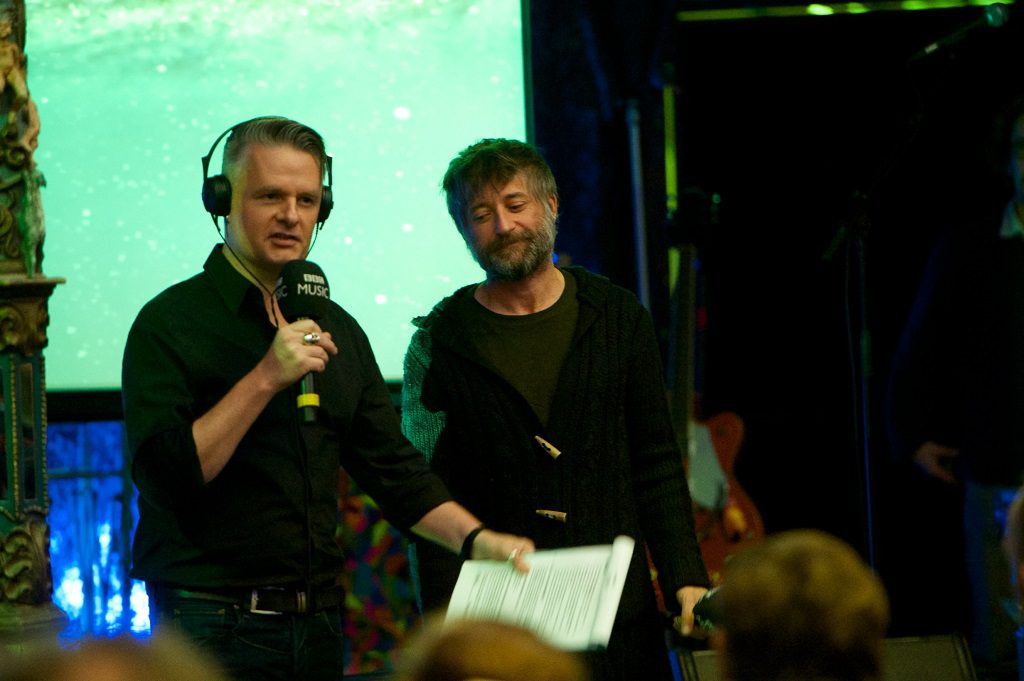 Paisley’s annual festival of music comedy and more has been declared a Spree-mendous success after its first few days – with loads more great shows to come before it wraps up at the weekend. And the show – for which all tickets were snapped up within just a few days in the summer – didn’t disappoint, with a rapturous reception for a set spanning 30 years of Justin’s career and backed up by sweeping orchestral arrangements conducted by John Logan. Justin Currie in Paisley Abbey with the RSNO,

The festival had kicked off in style on Friday with one of the other headline shows – as critically-acclaimed indie stars Admiral Fallow played Paisley Town Hall.

The same venue was packed to the rafters for two sold-out shows over the weekend – with a triple bill of traditional music acts headlined by Galway’s We Banjo 3 on Saturday and an acoustic show from former Runrig frontman Donnie Munro 24 hours later.

Monday also saw legendary broadcaster Vic Galloway present his BBC Radio show live from the Spiegeltent, with a live performance from King Creosote, at which Vic told the crowd: ‘England’s got Glastonbury, LA has Coachella and we don’t need them as we’ve got The Spree!’

Highlights still to come include a Scottish Album of the Year showcase on Wednesday featuring conversation with previous winners Anna Meredith, Kathryn Joseph and RM Hubbert, as well as a show from Idlewild frontman Roddy Woomble at Paisley Arts Centre the following night.

There’s also plenty laughs from Craig Hill (Thursday) as well as a Best of Scottish Comedy night headlined by Joe Heenan (Friday), as well as free kids activities during the day in the Spiegeltent until Friday.

The festival closes on Saturday with a day of ModStuff – LNP Promotions’ festival-within-a-festival celebrating all things Mod – before the final show of a double-bill featuring Treacherous Orchestra and Skerryvore in the town hall that evening.

The Spree is sponsored by Saporito and Birra Moretti – who are adding some festival feel with a beer tent in County Square all week.

You can still buy tickets for most shows online at  thespree.co.uk or in person at the box office at 9b Gilmour Street.